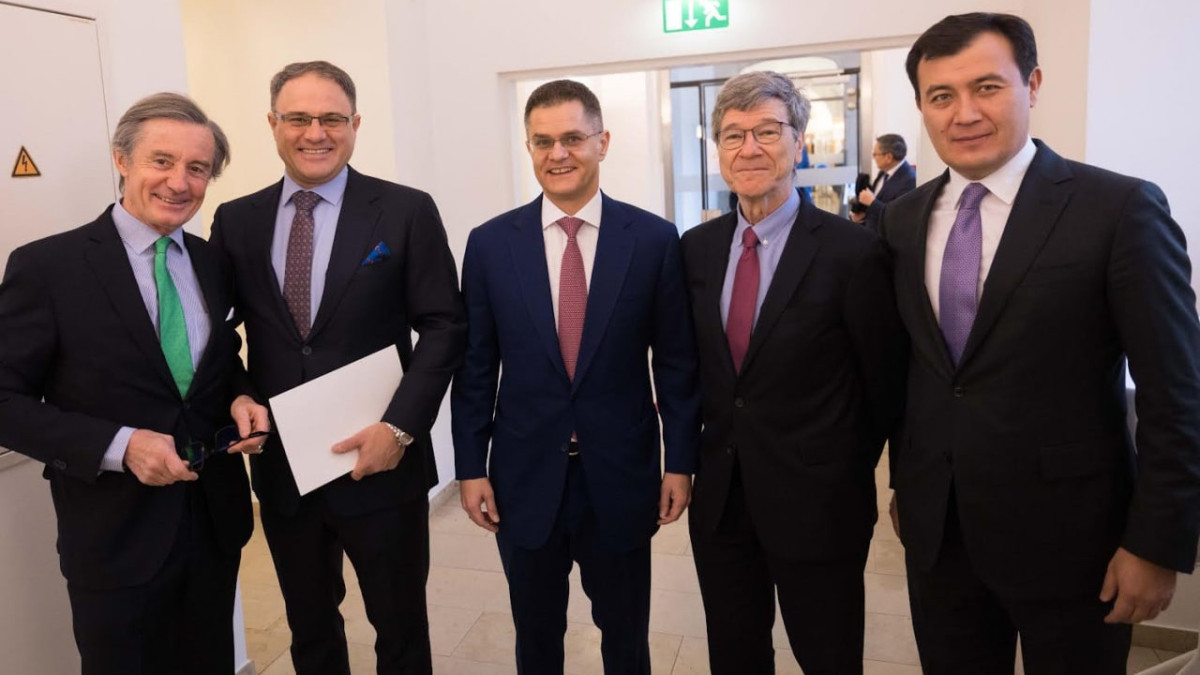 Deputy Minister of Foreign Affairs of the Republic of Kazakhstan, Roman Vassilenko, paid a working visit to Vienna, during which he held meetings with representatives of official and business circles, El.kz cites MFA.

At a meeting with the Secretary General of the Austrian Foreign Ministry, Peter Launsky-Tieffenthal, the parties noted the vital impetus for bilateral relations given by the meetings of the heads of the two states, Kassym-Jomart Tokayev and Alexander Van der Bellen in New York in September this year and Foreign Ministers Mukhtar Tileuberdi and Alexander Schallenberg in Lodz last week.

The interlocutors discussed the prospects for developing Kazakh-Austrian relations, particularly strengthening trade, economic and investment cooperation, and interaction within the framework of international organizations.

Mr. Vassilenko informed the interlocutor in detail about the course of reforms in Kazakhstan and the results of the presidential elections.

In turn, the Austrian diplomat welcomed the ongoing changes in Kazakhstan, praising the prospects for cooperation between the countries. Furthermore, he noted the active work of the Republic of Kazakhstan in international organizations, incl. OSCE and Kazakhstan's balanced approach to the most critical issues on the global agenda.

The Austrian Federal Ministry of Labor and Economy hosted a meeting with the Director General, co-chairman of the Kazakh-Austrian intergovernmental commission for economic, agricultural, environmental, industrial, technical, and technological cooperation, Florian Frauscher.

During the conversation, issues of preparation for the 11th meeting of the intergovernmental commission in the first half of 2023 in Austria were considered. Furthermore, the parties noted the importance of creating a favorable environment for the business activity of entrepreneurs of the two countries, focusing on the importance of launching direct flights between the states' capitals. In addition, they exchanged views on the state and prospects for developing national economies against geopolitical upheavals. The Kazakh diplomat informed the interlocutor about the comprehensive reforms being carried out by President Kassym-Jomart Tokayev to diversify the economy and attract advanced technologies for developing the domestic industry.

Mr. Vassilenko also met with the Vice-President of the Federal Economic Chamber of Austria, Wolfgang Hesoun. The parties confirmed their interest in deepening trade, economic, and investment cooperation. The Federal Economic Chamber regularly facilitates the visits of delegations of Austrian companies to Kazakhstan and the countries of Central Asia. At the meeting, Mr. Hesoun was invited to the International Engineering Forum in Astana, which is scheduled for May 11-12, 2023.

In addition, the Kazakh diplomat held a meeting with the co-chairman of the Kazakh-Austrian Business Council, Richard Schenz, who congratulated the Kazakh people on the convincing victory of Mr. Tokayev during the presidential elections held on November 20 this year.

Mr. Schenz noted that the Russian-Ukrainian conflict creates difficulties for the Austrian economy, particularly the energy-intensive industry. Nevertheless, Kazakhstan, being one of the leading suppliers of oil to Austria, providing 40% of its needs, has established itself as a reliable partner.

The Kazakh-Austrian Business Council is a B2B platform for interaction between Kazakh and Austrian companies. As part of the next Council, a Kazakh-Austrian business forum will also be held, where projects in renewable energy, engineering, healthcare, and infrastructure development will be discussed and reviewed.

During the visit, Mr. Vassilenko interviewed one of the leading publications - the Wiener Zeitung newspaper - the main topics were the transformations in Kazakhstan, the state and prospects of Kazakh-Austrian relations, as well as our country's approaches to topical international issues.

As part of his stay in Vienna, R. Vasilenko gave an interview to one of the leading publications - the Wiener Zeitung newspaper - the main topics of which were the transformations in Kazakhstan, the state and prospects of Kazakh-Austrian relations, as well as our country's approaches to topical international issues.

Subscribe to our Telegram channel and be the first to know the news!
Next news
New Vice Minister of Trade and Integration appointed
Photo day
2nd Kazakhstan rescue team arrives in Türkiye