Many people in Kazakhstan know the story of how a young and creative mother of three children has transformed a homely atmosphere to the set.

Many people in Kazakhstan know the story of how a young and creative mother of three children has transformed a homely atmosphere to the set. The famous comic quotation “Hey, bro, what’s up?” in the little girls’ mouths of the family Malgazhdar became the starting point of their family art. 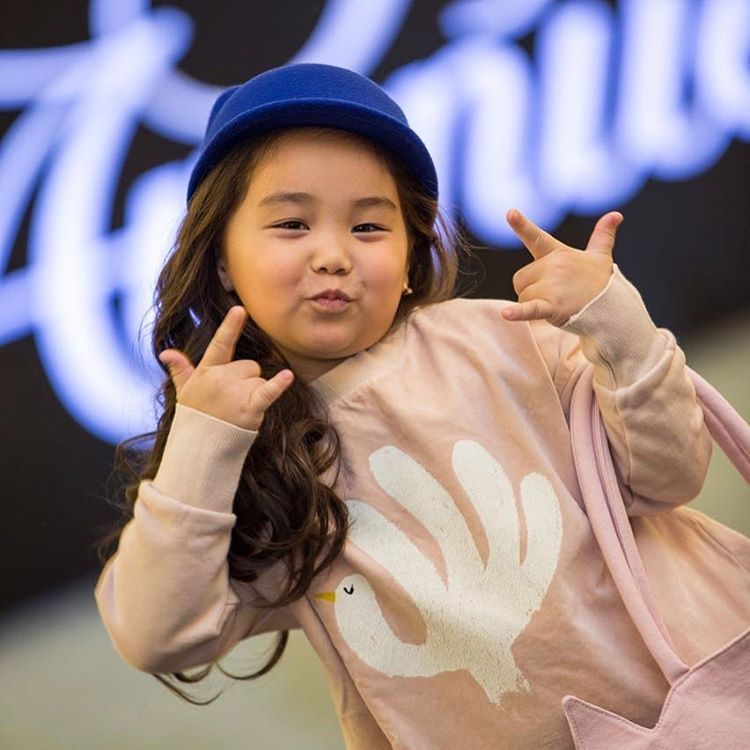 Another situation made the children become more popular, when the family was invited to Moscow. Russian TV presenter of the famous TV show “Let them talk” (Пусть говорят) Andrey Malakhov introduced them as “Three sisters from Almaty” to the audience. Our attention was captivated by 6-year-old Amina Malgazhdar, the youngest viner of the country. By the way, she has over four hundred thousand followers on her page of “Instagram”! Today, Amina does not only star in the vines, but also plays parts in Kazakh films and TV series, voices cartoons. The film “Daughter-in-law is a human too” (Келинка тоже человек) became her first experience in cinema. Amina and her dad told el.kz editorial board about how at her 6 she tours and has time to make videos for the followers.

- I can imagine the excitement you have at home after the shooting. What about the popularity: does Amina have “star” syndrome?

- No, she is not picky. Amina is the oldest child. She looks after her younger sisters and helps them. When it is needed, she tidies the house or feeds the younger sisters. 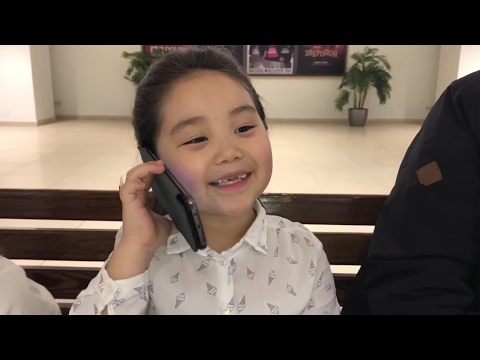 - So, she understands that shooting is not just a hobby, but work?

- Yes, she understands that it is her job, she is aware of this. She should do this, as she has started. At 4 or even 3.5, she said “Mom, I want to be shown on TV too”. After that we started to work on it. And at the age of 5 she first started acting in series.

- Amina, tell me, how does your day start?

- “Now a big question is the school preparation. We are thinking of which school to send Amina,” - adds the dad Ramazan. “Now we are going to preschool, but sometimes miss due to filming”. 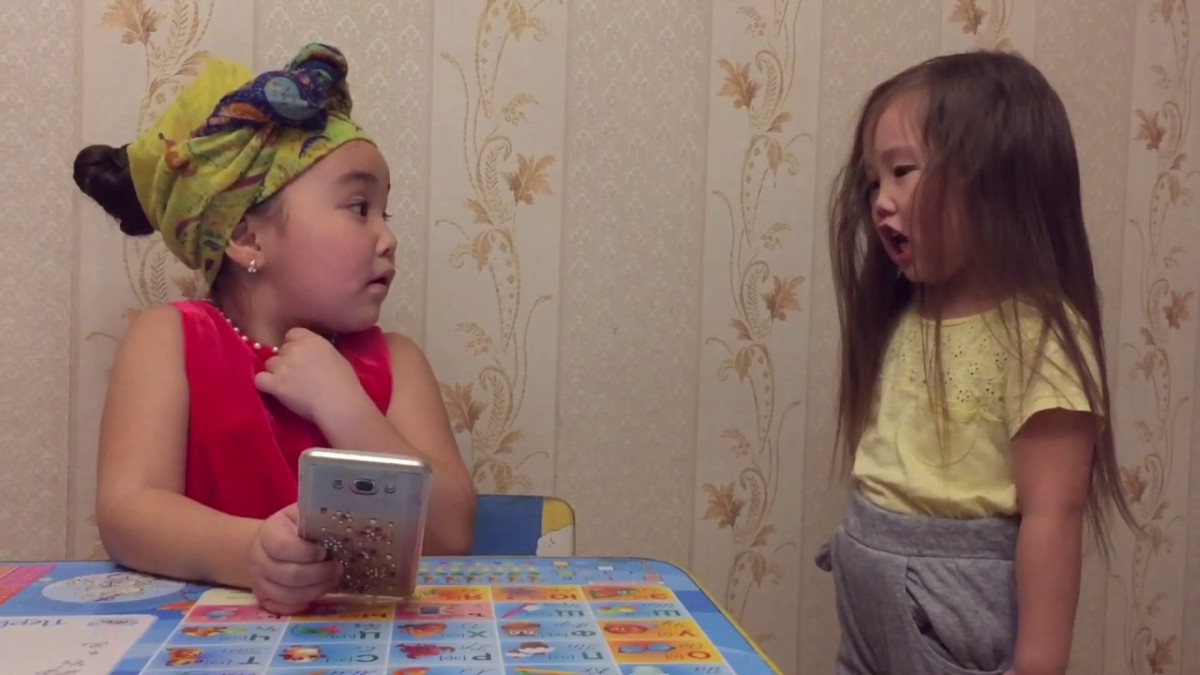 - And are athere your fans in your group? Perhaps they even give you presents?

- No, they do not give me presents, but “take photos” with me.

- Ramazan, do not you have any feelings of guilt that the child keeps herself in a constant discipline? Do not your relatives, grandparents criticize it?

- About grandparents, relatives have always supported us, in particular Amina. Even when the grandmother sees negative comments in social networking sites, she has a very emotional reaction, worries and says, “Why do people write such things?” And so, yes, of course, I sometimes think about the fact that Amina has grown up quickly. But on the other hand, if we do not teach a child something good from childhood, then a person will have other values in life. Even now, she knows the value of money. Amina has a piggy bank where she puts her money. I asked her why she is saving money. I was surprised at her response, because I thought she wants to buy, like any child, toys and things like that. And she said she wanted to buy me a new car, and for grandparents a house where we all will live together.

- And how does the whole process of shooting vines happen? Who makes up all these jokes?

- The author, the director and the makeup artist is my wife. She comes up with an idea and then she works on its implementation. After the shooting she edits herself and adds the music. Even when we arrived in Astana, she wanted to make a video about how we were getting ready, dressing warm, as it should be – a hat, a scarf and mittens. We went out of the airport, and there we were met by a frosty wind, and Amina said: “That is all, let us go back”. 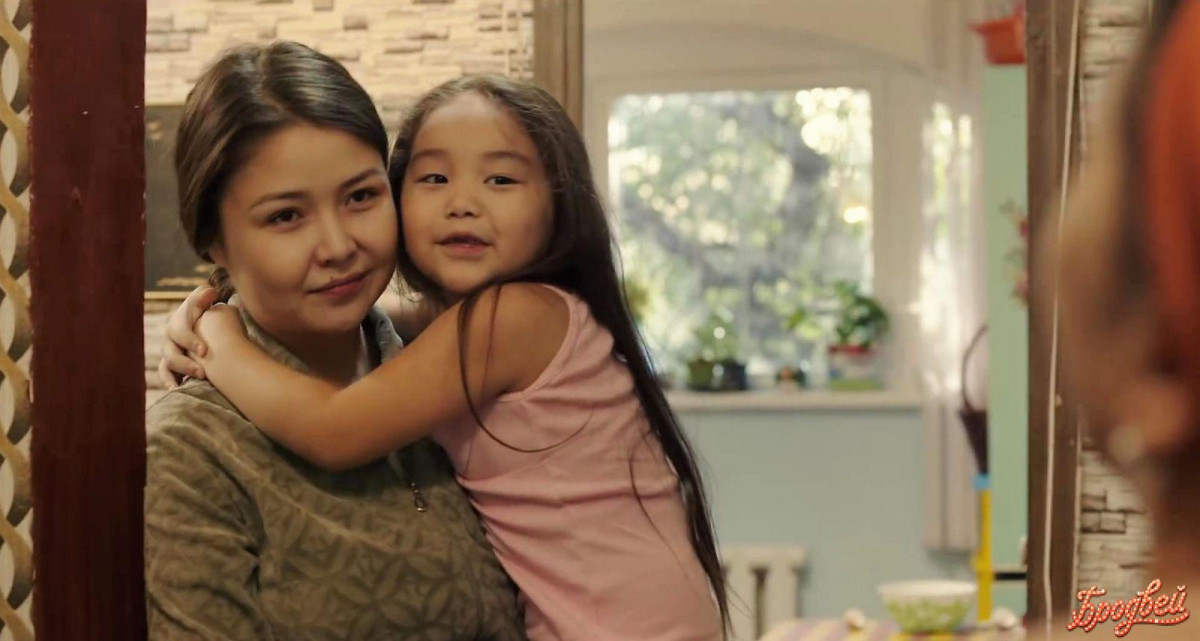 - How long does one shooting take, considering the takes?

- About 10 minutes. In general, Amina copes with the tasks easily. It is a little bit difficult with my second daughter. But shooting takes a bit of time compared to the editing. The second and the youngest daughters try to equal to Amina. When we went to Astana, they also asked to go together with us. The second daughter, Adia is a moody person; if she does not want to act, you cannot force her, if she wants to participate, then it usually turns out.

- Amina, how did Moscow, Andrey Malakhov’s studio meet you? In fact, many Kazakhstani people got acquainted with your creativity after this broadcast.

- When we arrived in Moscow and arrived at the Malakhov’s Studio, I ran to meet him, and he hugged and lifted me!

- And what artists do you like in Kazakhstan? Did you get on well quickly with the movie stars of “Kelinka”?

- I like all the actors. I have got used to them. The Uncle Abunasyr I am still calling “atashka” (grandpa).

- Ramazan, I would like to know more about the cartoon “Dragon Master” (Повелитель драконов). It is a new direction for Amina, how did she cope with this task?

- Aminka voiced in Kazakh language one of the characters from “Dragon Master” – the girl Rocky. The cartoon, by the way, is going to be released in the beginning of March. This experience, I think, is the answer to many who have asked why we shoot in Russian, not in Kazakh. Firstly, it is difficult to express all the jokes in native language, because of some vocabulary. Secondly, some of our followers are citizens of Russia and Dagestan.

- Amina, what emotions do you have after shooting the movie “Daughter-in-law is a human too”?

- My character’s name is Zhuldyz. She is obedient. Everyone loves Zhuldyz. I really liked it. And when I was praying in the movie, almost all cried.

- Can you repeat your monologue for el.kz?

- Yes, I can. “Dear God, Allah, Buddha, Christ, Holy Mother of God, Queen of Heaven, Virgin Mary, the Universe! If You exist, make my mom and dad be always together, at least until my adulthood. And let our family be in peace and harmony.... And I want a new “Iphone 7””.

- Did you ever suggest some ideas on how to better act your character? In some places to act like this, in another like that?

- Ramazan, unfortunately, many artists have to face criticism, especially viners, as there is a function of feedback communication. How do you deal with such inadequate commentators and how is your dialogue with your daughters? Do they understand this side of popularity?

- I am, at least, trying to prepare them for life with full responsibility. I explain them that they should not be offended by bad comments, and they need to be able not to pay attention to this. But, Amina’s mom is very emotional. She was fighting with them and blocked them. It is only on “Instagram” and I do not allow her to read the comments on YouTube. And there are a lot of such inadequate people, as you say. And if to speak not about interactive communication, girls are being known. In Almaty, not so often, but in East Kazakhstan, we were not allowed to pass, taken photos even in the car and asked for an autograph.

“At first I did not know what an autograph is, but then I was explained. My mom told me to draw a heart and inside it the letter “A”. This means that I give his love to my fans”, - said proudly Amina.

- Here now you have the opportunity to share your love and words of gratitude to the readers of our edition.

- I thank all my fans. Thank you for watching my videos. For me, I would wish not to be sick!

As you know, the truth is spoken by the children's mouth, and we want to believe that adult desires and the little star’s hopes will be heard by all the above shrines. And even in the starry days of her life, Amina will forever remain a beloved daughter of her parents and support of her sisters.