Smart technologies made by pupils from Kyzylorda

If we hear the word “robot” we can imagine “a human-like robot” of American films. 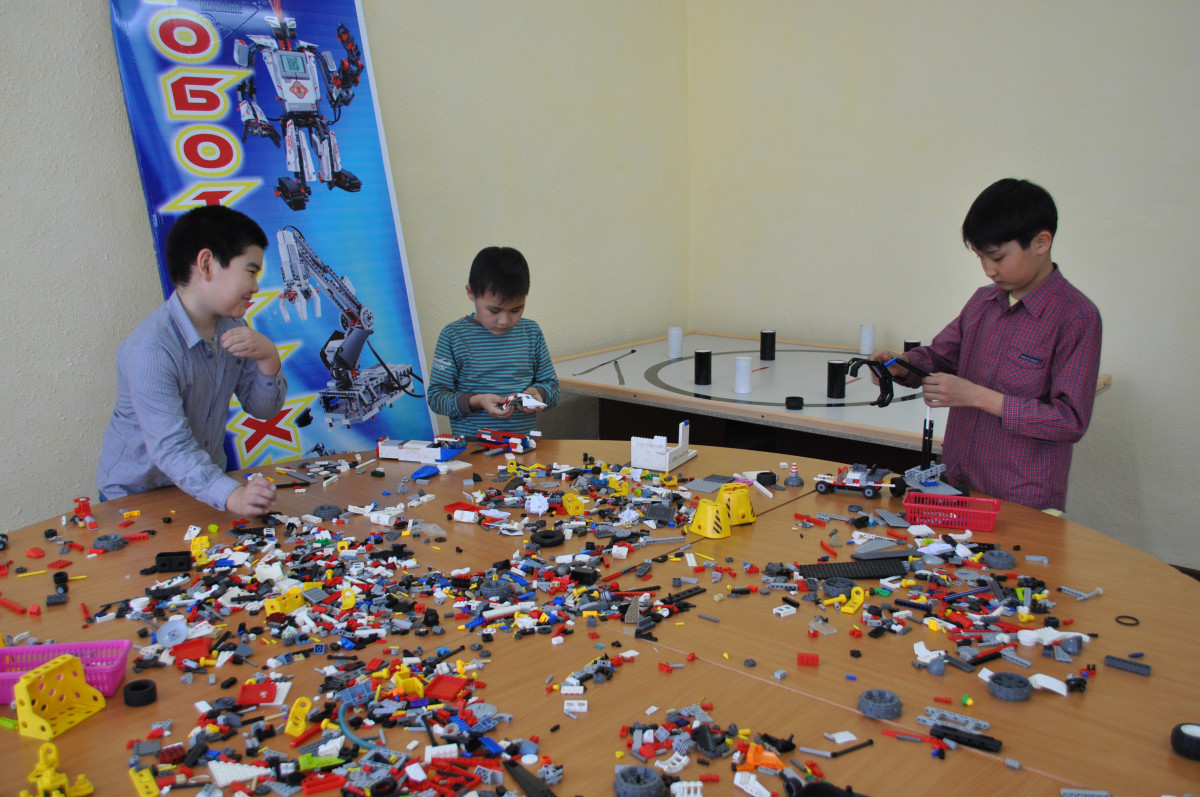 If we hear the word “robot” we can imagine “a human-like robot” of American films. Today we have different kinds of robot which can move itself, speak and do all the given tasks. The pupils from Kyzylorda are making these smart technologies too. We went to the Robotics club of the Pupils’ house in Kyzylorda city in order to get to know the talented children’s works. 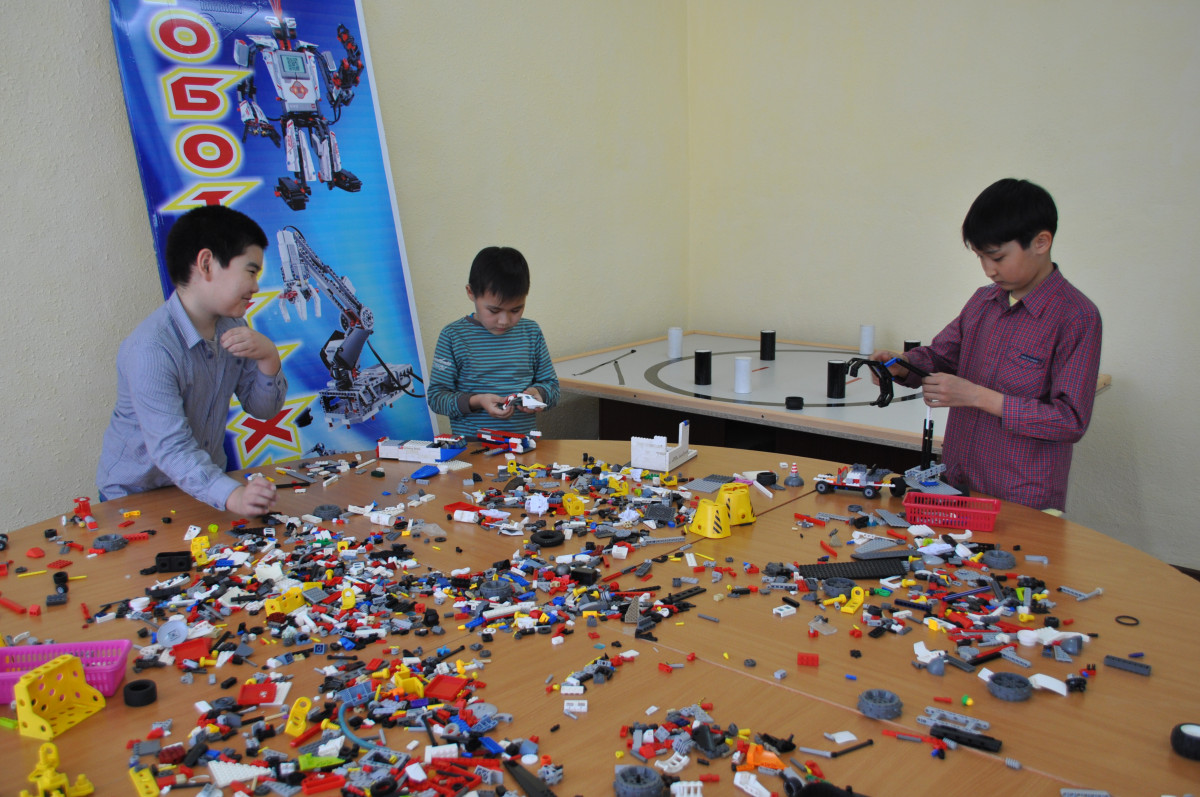 The Robotics club was opened in 2015 at Kyrymbek Yeleuuly Kosherbayev’s suggestion, the akim of the region. The professionals, who are studying all the specifics of this field and teaching the pupils to make robots, are Raushanbek Abiltaiuly Sagiyev and Serikbol Muratuly Yeraliyev. The club, which was founded 2 years ago, operates 6 days a week. There are 6 groups of 15 talented students in each. Every lesson lasts for 2 hours. Students can study here since second grade.

During the learning process of the robots, we noticed several types of them. The robots made by Arduino tools are able to detect the measure of atmospheric acidity, fresh air, propane and unpleasant odor. These robots can help to prevent emergency situations. Even though, these robots can be used when it is difficult to put out the fire. Also, there are devices to water a greenhouse without people’s help. So, these devices are programmed to use the needed amount of water and to stop at exact time. - The main aim of the club is to teach young generation simple and easy ways of programming. Most people think that computer programming is very difficult. And it is possible to ease difficult works by constructing robots. For instance, children learn to program during the study of making robots. Because, the robots work with help of special programs. Nowadays our club is working with devices called LEGO. We have started to work with Arduino tools (UNO, NANO, MO series). Their construction is complicated so it helps to develop children’s critical thinking. And today our students have become skilled in working with LEGO. Constructing such robots equal to make toys for them. We use the parts of old technologies (old televisions, refrigerators, broken tape recorders etc.) to make new things, - says Serikbol Muratuly.

The students of Robotics club are taking part in regional, republican competitions. For example, the student of the club, Khamza Temirlan’s special ability stood out and her work took the first place among other 300 projects which were participated in the competition “Orda-Junior-2016” arranged by “Erudite” intellectual education portal and “Izdenis zholy” non-governmental foundation. Other talented students took part in the competitions “KazRoboSport-2016”, “KazRoboProject-2016” organized due to the 25th Anniversary of the Independence in Astana.

One of the students who have been studying since the opening of the club, Beibarys Raushanbek says “cities will be governed by robots in future”. According to his words, these robots will help disabled people. Now he is constructing a new robot using LEGO tools. Before this, 14-year-old Beibarys took part in the competition “EXPO-2017”- through the eyes of children”.

- In robotics there are competitions of polygon, sumo, ring, race and others. We are planning to participate in a competition with time limits. The elimination rounds are held in Nasarbayev Intellectual schools, and the final is in Astana. The task given in the last elimination round was to recycle rubbish and make new products. The best robot makers will go abroad to show their works, - says Serikbol Yeraliyev. 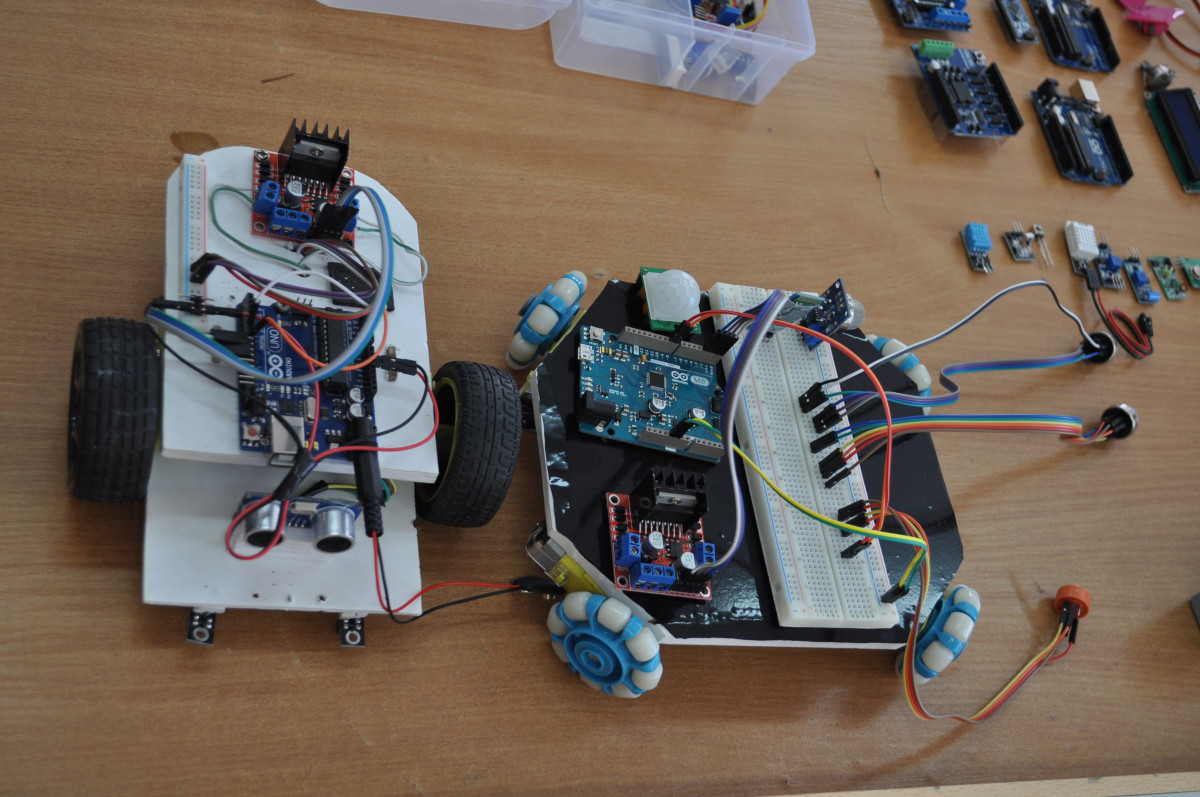 In the future the Robotics club is planning to arrange a regional competition in Kyzylorda. The director of the club Raushanbek Abiltaiuly says that this event is very important for talented pupils. He is the representative of the ““Kazrobotics” federation of education and sport robotics of Kazakshtan” in Kyzylorda region. Teachers started to prepare textbooks in Kazakh language.

- Because there are not enough Kazakh books in robotics or information in our native language on the internet.  Therefore, the construction of robots should be provided with theoretical knowledge as well as practical, - says Serikbol Muratuly.

The club teachers hold seminars for school teachers in the city and districts in order to share their experience every 2-3 months. The students of Pedagogical College often come to the club and get to know the devices. Our professionals usually go to Almaty, Astana in order to improve their skills. I am going to make a human-like robot with my students in the future. And we need to find out millions of information, algorithms and have high intellect to make it.

Subscribe to our Telegram channel and be the first to know the news!
Next news
A reminder for tourists of Aktobe
Photo day
Say the good of the good

FROM LONDON TO NUR-SULTAN: 6 KAZAKHSTANI CYCLISTS RODE 6000 KM IN 68 DAYS