Results of presidential election in Kazakhstan diiscussed in Lithuania 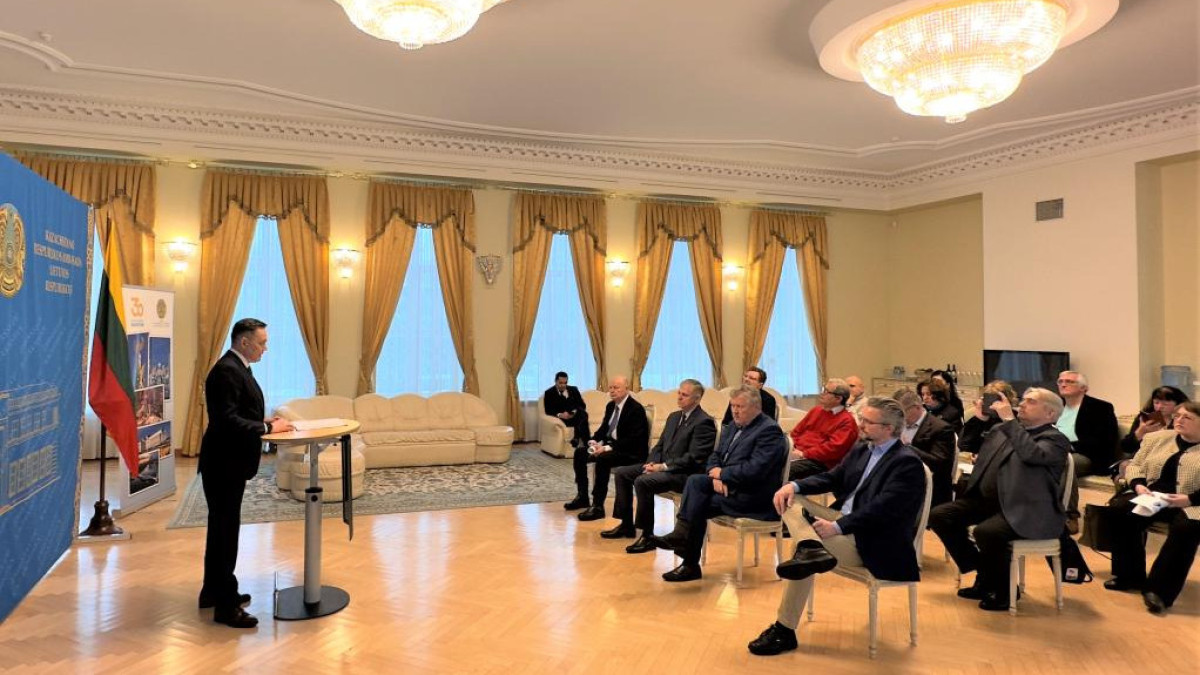 Ambassador of Kazakhstan Viktor Temirbayev held a meeting with Lithuanian experts, during which the results of early presidential elections and the implementation of political reforms in Kazakhstan were discussed, El.kz cites MFA.

The Kazakh diplomat spoke in detail about the events of the current year, which served as a catalyst for political and economic transformations in our country.

Lithuanian side were informed with a chronology of events in the socio-political life of the country, including the holding of a referendum on amendments and additions to the Constitution of the country, initiatives proposed by the President of Kazakhstan Kassym-Jomart Tokayev in the Address to the People of Kazakhstan on September 1 this year, as well as the adoption of six crucial laws, which made it possible to form a new model of interaction between the branches of government and strengthened guarantees for the protection of human rights and freedoms.

According to Temirbayev, the logical follow-up of the rapid and deep transformation was the holding of early presidential elections, which was necessary to obtain a new mandate to maintain the momentum of reforms after the June referendum.

Chairman of the Seimas Economic Committee and a member of the Lithuanian observer group Kazys Starkevičius praised the voting process, which was held in accordance with international standards and adhered to the principles of open and free elections. The Lithuanian deputy noted the similarity of the preparation process and conducting voting in Kazakhstan with the elections in European countries, in which he repeatedly participated as an observer.

Subscribe to our Telegram channel and be the first to know the news!
Next news
Sievers Apple from Kazakhstan Perpetuated in Greece
Photo day
Kazakhstan and Slovakia interested in expanding trade and economic cooperation