This city is a real paradise for history and archeology lovers

The history of the city dates back to 1640. At that time, the merchant Gury got a monopoly on catching sturgeons in the mouth of the Yaik River (now Ural), but on the condition that he would build urban consolidation in these areas. And so the ancient town appeared, which expanded and was renamed in honor of its founder - Gurev. After the collapse of the Soviet Union the city was renamed Atyrau, which means “lagoon”. To present day, Atyrau has been famous for its fishing industry. And this city is also a real paradise for history and archeology lovers. This area is full of historical findings. Here are some of them.

The ancient settlement of Saraishyk 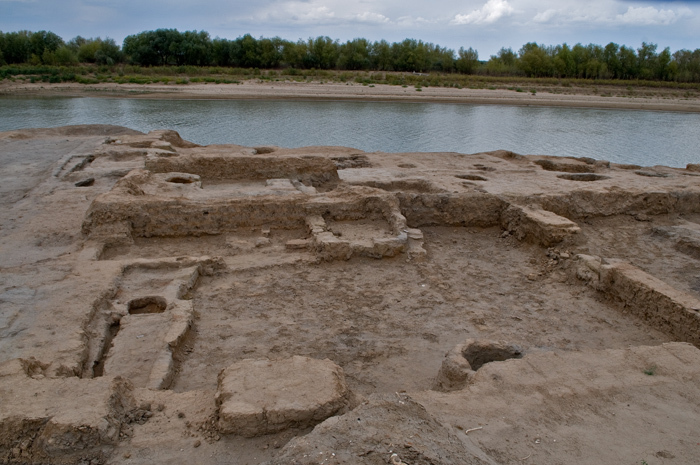 50 km from Atyrau, on the right bank of the Zhaiyk River, the ruins of the once majestic city, Saraijuk (now Saraishyk) remain. This is one of the most ancient monuments of Kazakhstan, dated to the XII century by historians. It was connected with the period of Genghis Khan and Batu Khan’s invasion. According to extant written sources, Saraishyk can be seen as a developed market town with crafts. In the course of archaeological investigations a significant area of the settlement was discovered. The remains of the first inhabitants’ houses of Saraishyk along with household items were dug up from the depth of the earth.   The memorial and historical complex was erected in 1999 at the burial site of the settlement. The composition of the complex includes the Khan’s pantheons, the mosque and the museum. But the settlement is currently disappearing. This is due to the changing course of the Zhaiyk, which has begun to wash away the territory of the historical monument. Therefore, if you stay in this part, be sure to visit the complex. Perhaps it will take another five years, and the Zhaiyk will fully erase this real memory of Saraishyk from the face of the earth.

Excursions to the cretaceous outcrops of Akkeregeshin, Aktolagai and the Imankara Mountain in Zhylyoi district are often arranged for visitors to the city. Here you can discover the wild nature of the caves and white cliffs peak. Also you can find the remains of extinct marine representatives, printed in stone at the foot of the cliffs.  And if you are lucky, you can find more interesting artifacts: the spine of a dinosaur or the tooth of an ancient shark. 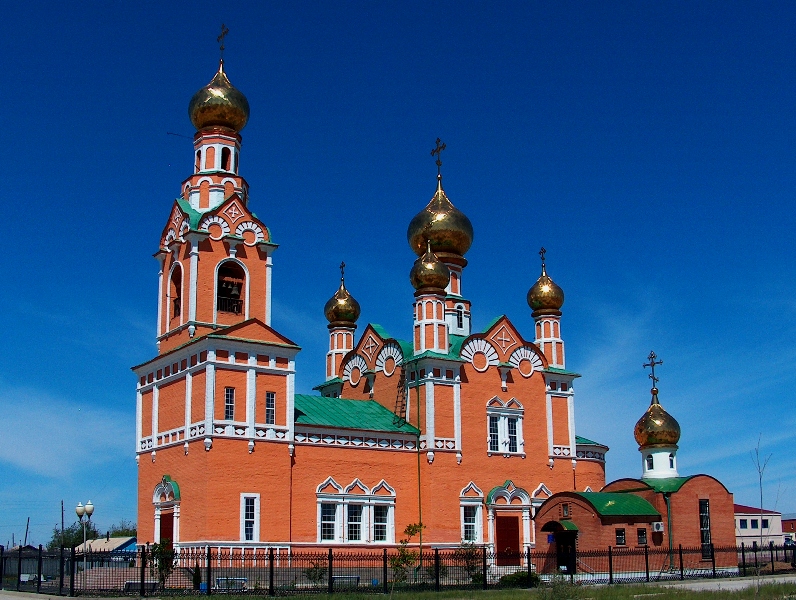 This is one of the oldest and most beautiful monuments of the city. The Cathedral is on the list of the oldest temples and has the status of a historical monument of national importance. The temple was built in 1888 by one of the richest people – merchant F. Tudakov. The total area of the Cathedral is 230 square meters, it contains about 900 parishioners. 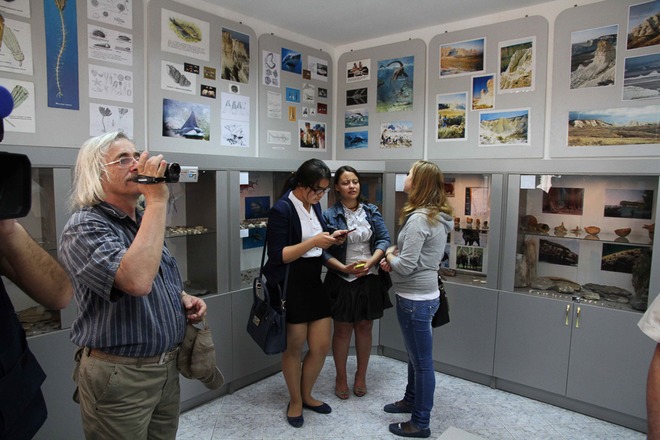 This is the only in Kazakhstan Paleontological Museum of the age of reptiles. There are only two halls. Instead, all the exhibits are genuine and are not copied from the original, as in most other museums. Most of them are found in Atyrau region. Another uniqueness of this Museum is that the exhibits were assembled by one person – the local historian, paleontologist Yuri Pastukhov. Y. Pastukhov has gone on expeditions around the region with his students for 20 years to collect all this material. All the stages of origin and development of life on our planet are shown on the stands of the Museum. In total there are several hundred exhibits: the fossils of Megalodon, the remains of mammoths, prehistoric tours and deer, rhinos and sharks that lived over 100 million years ago. It should be noted that, Atyrau region is a paradise for paleontologists. The whole territory of West Kazakhstan region was originally in the middle of the vast sea. By the way, thanks to the sea, this area is rich in oil, because the remains of fish, shellfish and algae transformed into black gold over millions of years. 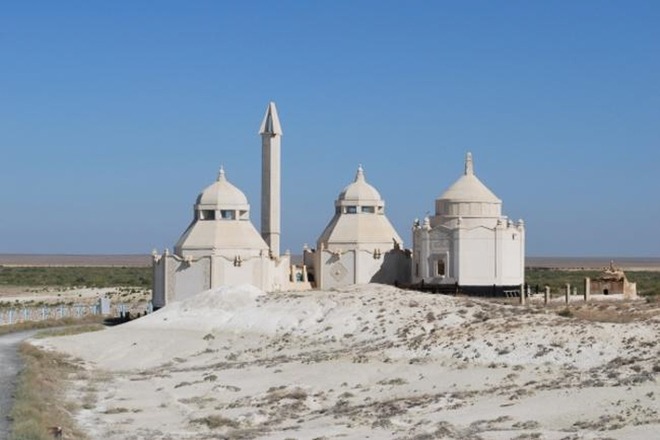 This ensemble of monuments located in Zhylyoi area, has not only historical but spiritual significance. The main object of the ensemble is the underground mosque, built in the early XIX century by the scholar and educator Beket-Ata. In addition to the mosque, the complex includes the necropolis, consisting of 32 gravestones, 2 boulders, 2 domed mausoleums and 1 grave. This place is very well-known in the area. 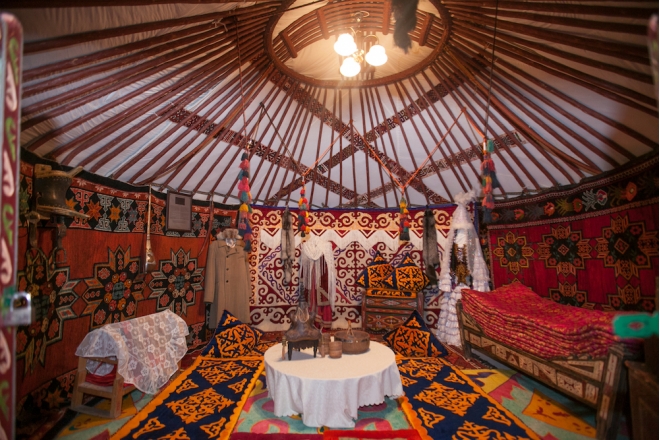 Who would think that this great museum with an ambitious fund was once a small corner of the history at school. It was originally found in 1939, the Supreme Council of the Kazakh SSR decided to open the Regional Museum on the basis of the School Museum. It was located in the building of the old Church contained 200 exhibits. And only in 1999 the Museum received a new renovated building in which it has been located to this day. At the moment, the Museum houses more than 53,000 items. The Museum exposition is located in the halls of archeology, ethnography, history of the XII-XX centuries, modern history, cultural history and literature, “Mystery of the century”, “Accord of centuries”. Each year the Museum funds are replenished with an average of 400 exhibits. One of the most interesting exhibits is the Sarmatian chief with gold armor, found in the barrow Araltobe, which is called the second “Golden man”. The Museum also contains several relics related to the great composer Kurmangazy.