Нere is a reminder from us of interesting places of Karaganda.

Coming to Karaganda and visiting only the hotel and the nearest cafe is a crime! After all, the architecture of this great city is rich in monuments and cultural sites that everyone has to see them. To make your familiarization tour more reasonable, here is a reminder from us of interesting places of Karaganda.

Like any big city, Karaganda abounds in various sculptures. These are the monuments to poets, discoverers and philosophers; the sculpture in the form of a football in honor of the local football club, the monument “Suyunshi” and many others. But the most interesting, in our opinion, is the monument to the most famous phrase about the city – “Where, where? In Karaganda!”. It was established relatively recently, in 2011. And the opening ceremony was held by Alibasov Barry, who, moreover, is also the mastermind of this project. So, visiting Karaganda, you just have to make selfie on the background of this unusual sculpture. 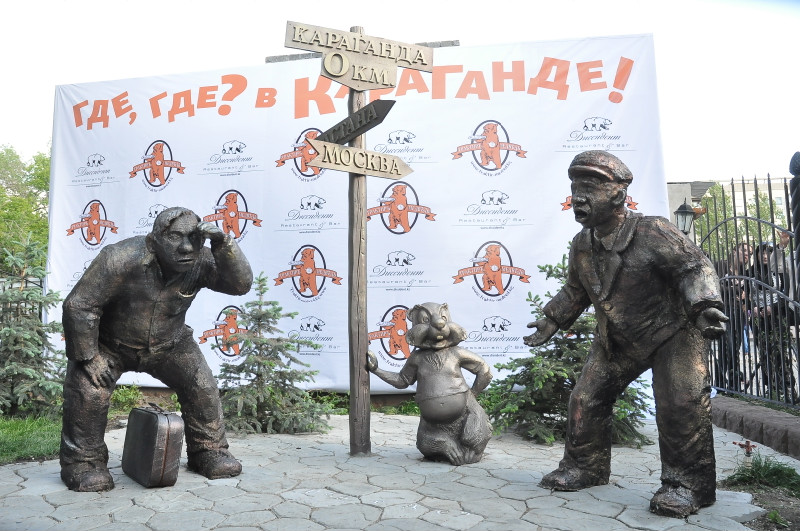 After the Second World War, not only the Soviet citizens, but also foreign soldiers were also sent to the Stalin’s camps. Among them were Finns, Japanese, Germans, Hungarians, Romanians and many others. The majority of soldiers were in the Spassky camp near Karaganda. In total, there were up to 70,000 prisoners of war and internees. The dead prisoners were buried in Spassk.  5,152 people of different nationalities were buried in the Spassky Memorial Cemetery. After the collapse of the Soviet Union foreign countries began to establish memorials to their countrymen. 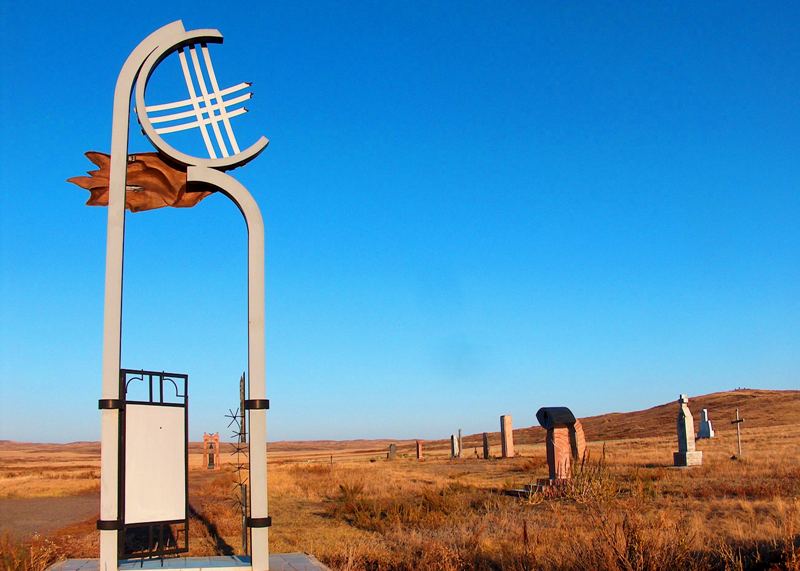 This place is notorious in the entire post-Soviet space. During the period of mass political repressions, the Karaganda labor camp was one of the largest branches of the Gulag, in its total area comparable to the French territory. Now “the Museum of memory of victims of political repression in Dolinka village” located near the city recalls this difficult milestone in our history. The museum is situated in a two-story building of the former Office of the People’s Commissariat for Internal Affairs of KarLag. In the museum there are maps, photographs, documents, paintings, books, personal belongings of prisoners of KarLag. There are also numerous other facilities of KarLag, erected around the village: a house of officers, a maternity hospital, a clinic, a house of appliances and worship, the “mum’s cemetery” for the prisoners’ children. 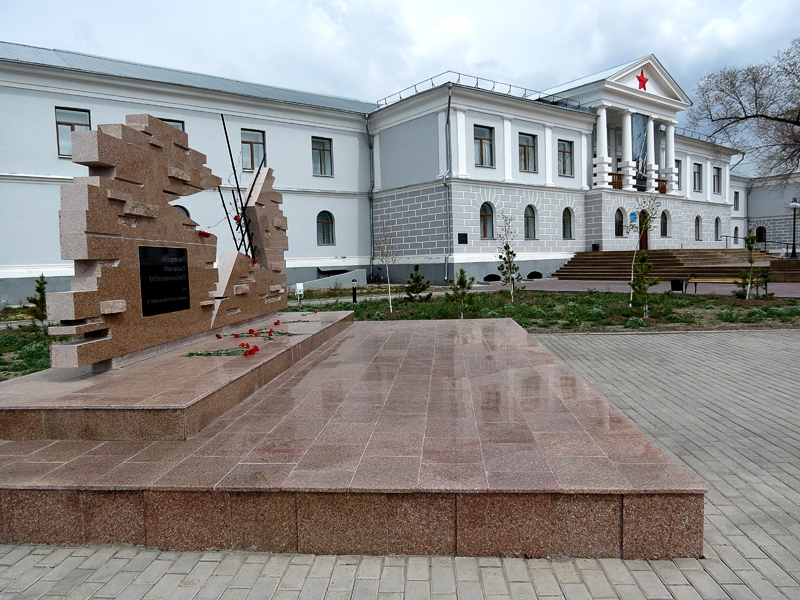 There is not such a museum in the territory of CIS, as the Karaganda Regional Ecological Museum. Therefore, if you decide to travel to Karaganda, do not disregard the opportunity to visit this place. Here you can learn a lot of interesting and useful things not only about the natural resources of the Karaganda region, but the whole of Kazakhstan. Also here are presented some very interesting exhibits on display. For example, the fuel tank of the rocket “Proton”, that fell on the territory of Kazakhstan in 1999. And the museum organizes guided tours around the Central Kazakhstan. 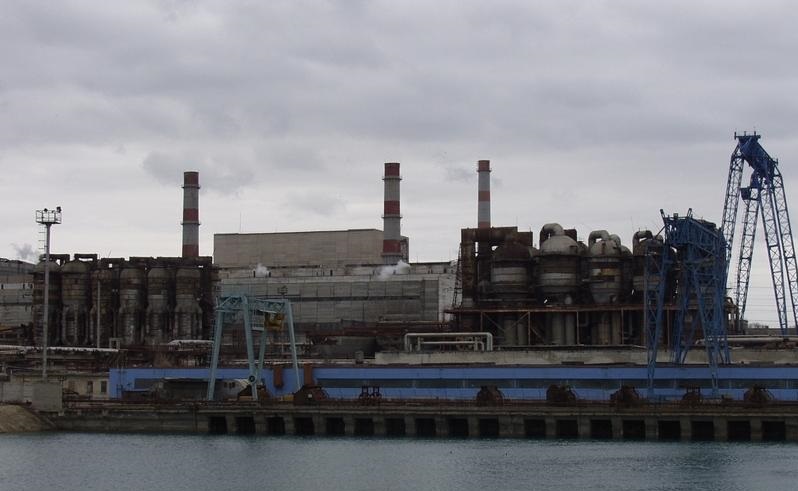 The Palace of Culture of Miners

This is the most recognizable sight of the city, drawn on postcards and route brochures. The building, built in 1940, moreover, is also the city’s architectural monument of the Soviet period. Now on the stage of the Palace of Culture local stars and visiting guest performers arrange their concerts. 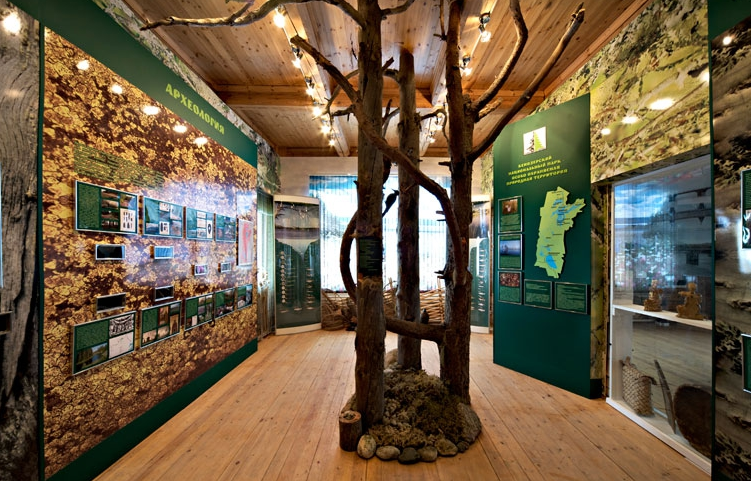 Its full name is “The National Zoological Park of Karaganda”. It is a favorite holiday destination of the townspeople and visitors. It was founded just after the Second World War. It contains about 2,000 animals in an area of 43.5 hectares. Building with enclosures was constructed for heat-loving pets, and for those what endure our harsh winter, cages are outside. 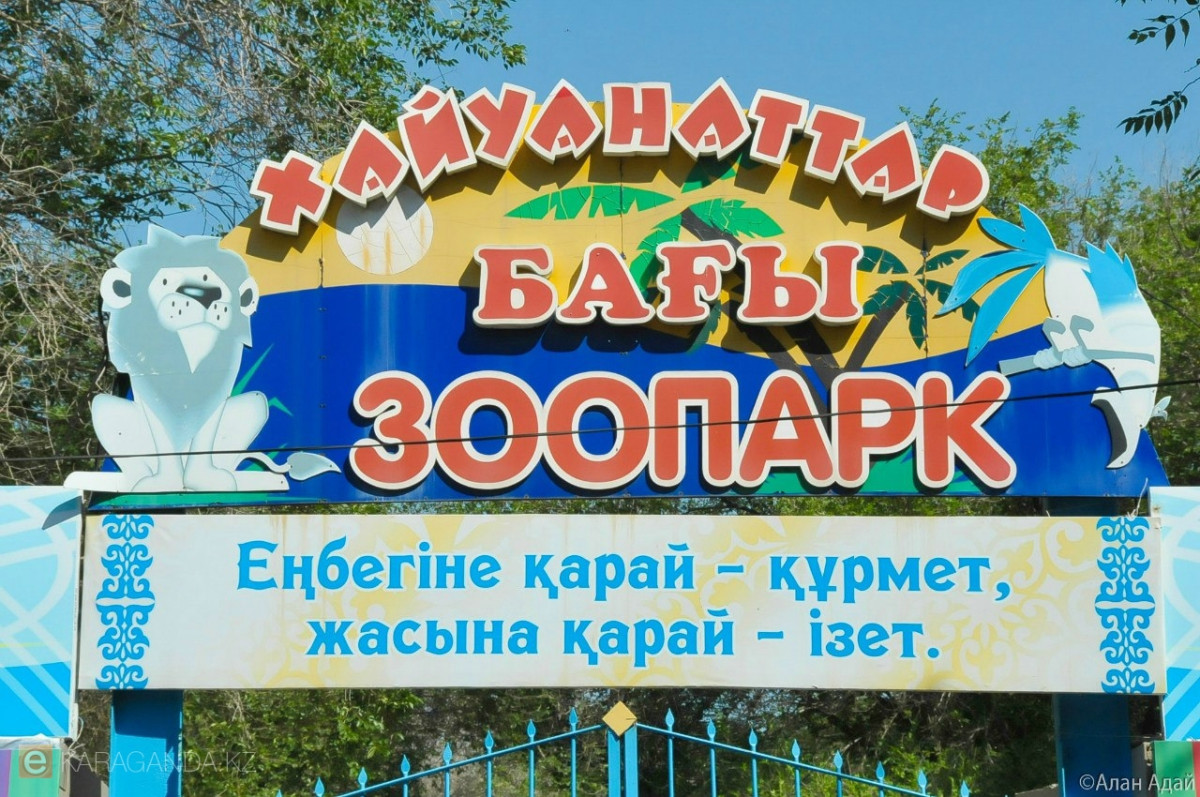 The Theater named after Stanislavsky

This is one of the oldest theaters in Kazakhstan, whose history began in the 30s with a mobile theater “Living Newspaper”. Towards 1940, the theater settled in Karaganda and was named “Karaganda Regional Russian Drama Theater”. The building, located on the Boulevard of Peace, the theater received only in 1962. A year later it was named after Stanislavsky, a Russian theater director and teacher. 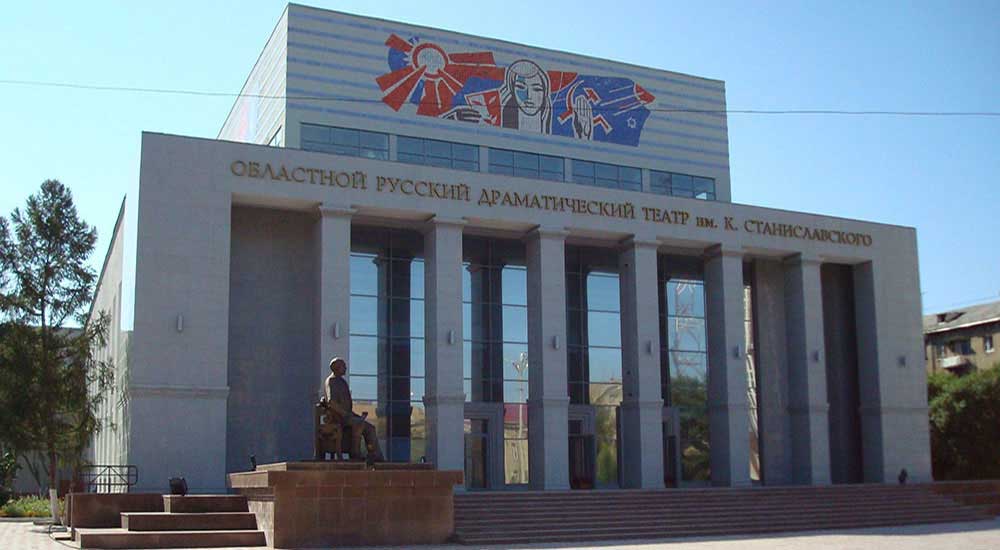 The Church of Peter and Paul

The Church of the Holy Apostles Peter and Paul will be interesting not only for the Orthodox guests of the city, but also for people distant from the faith. All the matter is in its architecture. This is the only temple in the log cabin temples, built in Slavic technology without a single nail. The church was built in Omsk, and then was transported in dismantled condition to Karaganda and was reassembled. It is worth noting that this temple was built on the burial site of victims of political repression of the 30s. 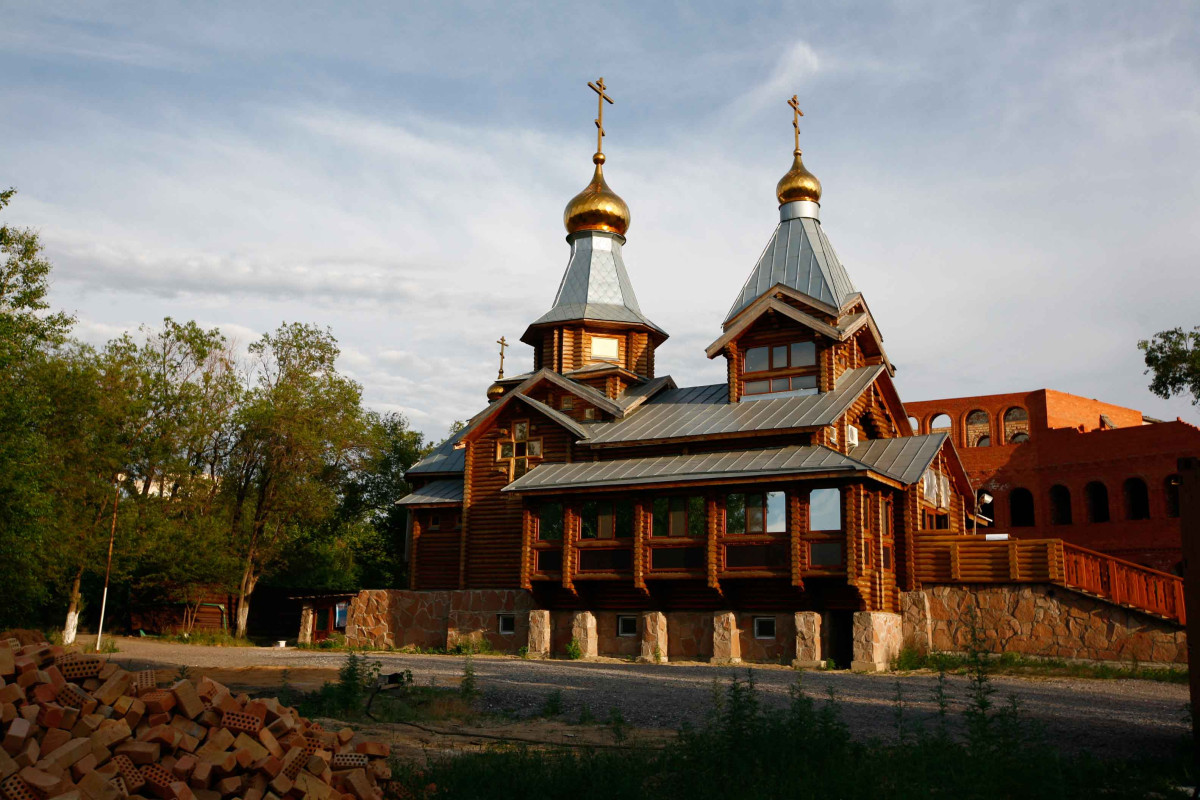