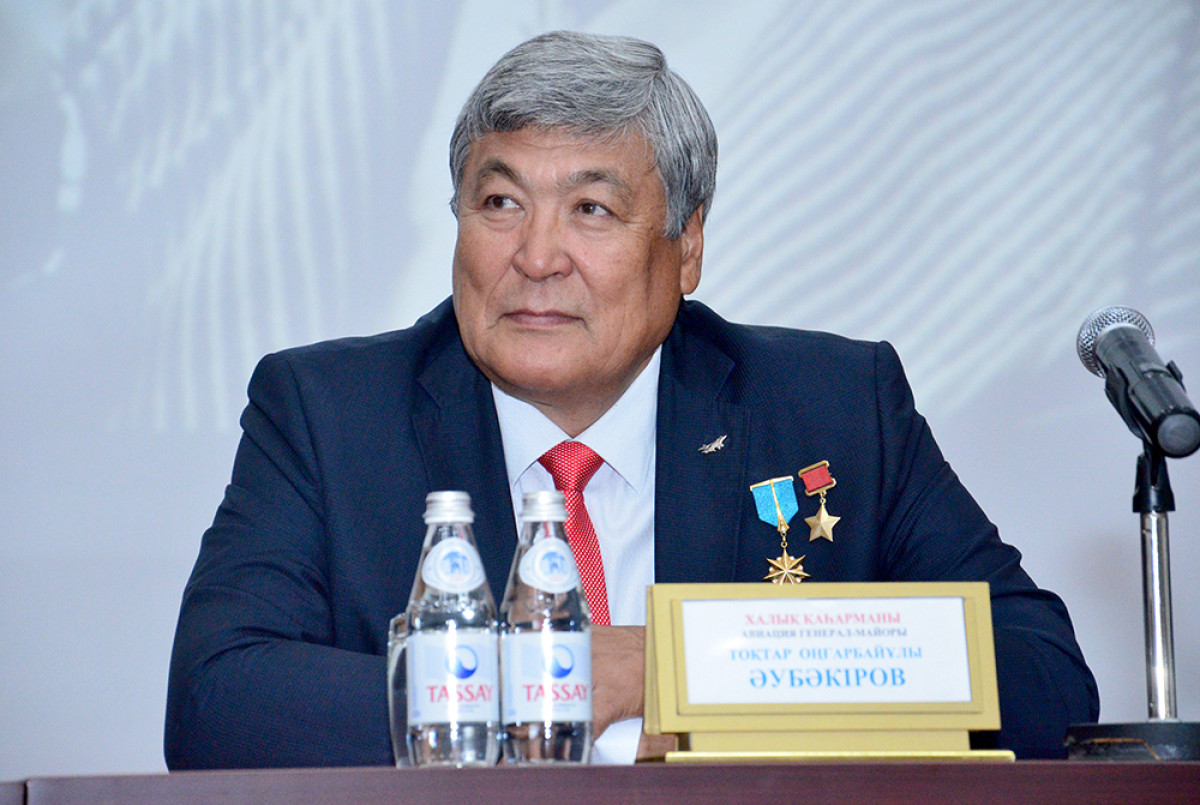 We present you a National Hero of the Republic of Kazakhstan, Toktar Aubakirov’s beautiful memories. 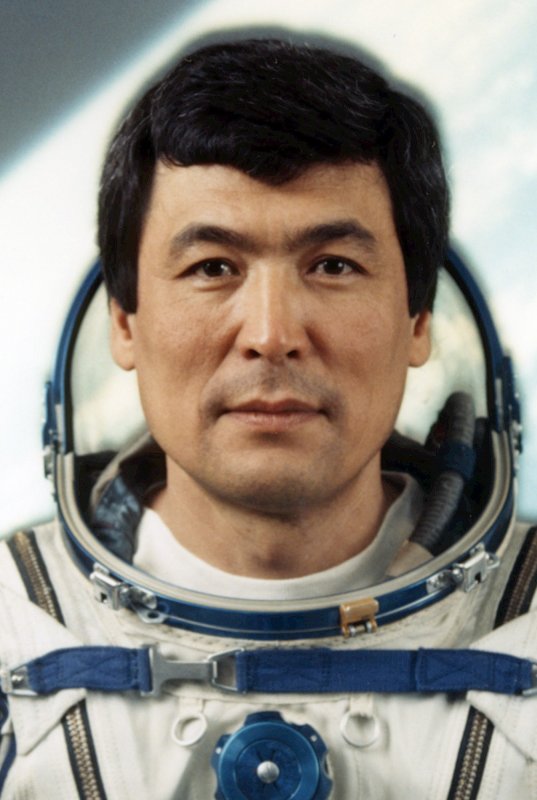 On April 12, World Aviation and Cosmonautics Day our house is an “Open House”. On this day our doors are open to anyone who comes to congratulate.

Nowadays everyone is busy with him/herself. We stopped paying attention to things happening around us. We hardly ever look for each other, we do not have time. Therefore, I made the date given above our tradition.

As you get older you start missing people. On 12 April I am pleased and have a good time, when people, beginning with children, relatives, and friends come home to congratulate me. We gather together and have fun on this day.

Kazakh people meet their guests in the biggest room. They lavish their guests with the best and most delicious meals. Why am I talking about this? When I just moved to Astana, I bought an organization “Ush ayu”. At that moment there were small three houses. I cannot afford inviting a lot of people to restaurants every year. Thus, I built a big building, and made the biggest room as a guest room.  The door of that room is open when many guests come. At another time it is empty. Of course, I would like that door to be open as often as possible.

The years after the war, children’s main game in the village was war. We used to fight with each other and say “We defend our Motherland!”.

At the age of about 2, I used to run around the house with a spine on my hand flying it as a plane. Later I understood its meaning. In the village old people often told “our countryman Nurken Abdykarimov became a Hero of Soviet Union. He died as a hero during the war. Since then I have borne that in my mind.

I mentioned it before in the newspaper “when I am 70 years old, I will be ready to fly in space again”. I told journalists “even at the age of 70 I am capable of flying in space. The Kazakhs, save your money!” It was fun, but, on the other hand, I was talking about the condition of my health. At the moment, it seems like no one will send me to space. God bless, I have enough strength to fly in space.

All people say “70 years old, 70 years old”. When I look at my passport, I can see only the numbers. It seems to be used for measuring things.

As for me, I do not notice how the life has passed. We have often served in a hurry. The impression of “no pain no gain” is wonderful. You really appreciate the gain… 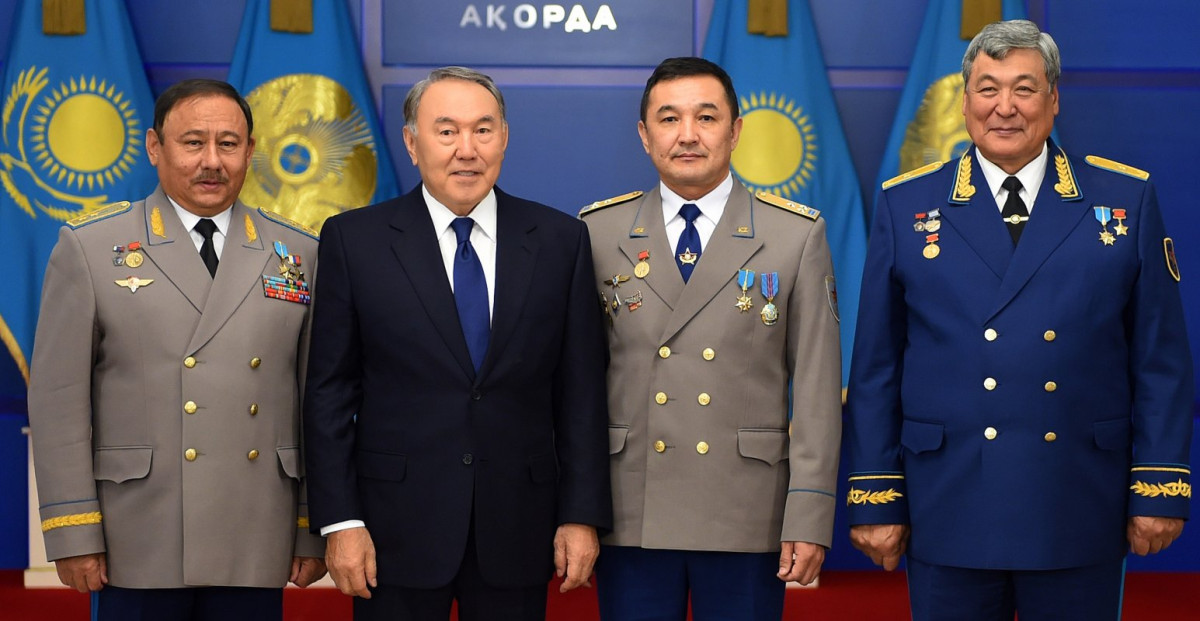 Life is a wonderful thing! It is a dream of many people to reach this age without being ill.

Some people ask me “how do you feel?” I do not know what to answer. I am young at my heart. When I look around and see beauties my eyes light up. So, why should I consider myself to be old? An old person has a blurred vision and cannot see beauty around him!

At the age of 17, when I was working as a turner at Temirtau casting and mechanical plant, my name was written with gold letters in the Book of Honor of Karaganda region. What do you think the secret of that achievement is? I knew how to educate myself. Yes, I went to the disco, I ran, I played football too. But, I never forgot about work.

After that achievement, the director Victor Zhevlakov and the chief engineer Peter Zahurdayev told me that I would be given a recommendation by the plant to Polytechnic Institute of Karaganda. They told that I would maintain my salary and live in student’s hostel for free. After finishing the Institute, they thought to employ me back. The director told me “I am getting older I need a qualified specialist on my place”. I could not say anything.

I was keen on planes. I thought about planes before sleeping, I dreamed about flying in the sky, even when I woke up, I was in the clouds.

I jumped with a parachute, studied at the flying club since I was 15.  I examined myself deeply “could I become a pilot?”

Generally, I am a person who has learned to explore his behavior and actions. Where did I make a mistake? What did I do right and what did I do wrong? As I noticed, nowadays young people do not take it into account. I needed to realize, because I was the only child to my mother.

Teacher at the flying club told me “eventually you will pull ahead, become a pilot!” I wanted that too. When I tried to tell the factory about my plans, I was invited to the comity of the city party. They told “we wanted to send you to Polytechnic Institute of Karaganda. But, the comity of the region party wants to send you to Almaty. You will enter institute without exams. You will be studying at Polytechnic Institute, we will create all the conditions for you”. I thanked them, but refused the offer. I told that I wanted to become a pilot. They were offended, and said “we have thought of you as a rational man, but you are an idiot. I told the member of the party, who said those words “You have no rights to say such words about me. You are telling that for no reason. Instead, you must have been happy “look at Toktar, he doesn’t want to get an easy way, he is going to do a difficult job”. But, no one listened to me.

I have never regretted having chosen this way until now. That’s because, I have always reflected on all my decisions. In my opinion, every person has to work hard on the way to his choice.

Initially my mother did not agree “you are the only child, I cannot send you to flight school”. But later she blessed me crying “my child, I do not keep you away from your ambition. Let your dreams come true!” My mother’s support inspired me.

When I submitted my documents to Armavir Pilot’s Higher Military Aviation School of Russia, I made a fuss. During the exams we were given the topic “the hero of the day” to write an essay (in Russian). And I wrote about Yuri Gagarin’s heroism very well. After that, when the Head of the School declared that I passed, he said “improve your Russian”. I stood my ground “I know that I have written for the good mark”. They checked my essay again. There were not any mistakes. It was just assessed with “3” and written “applicants cannot write like this”. Perhaps, they thought that I copied from someone. The Head of the School corrected my mark and ordered “the teacher who checked the essay was not allowed to examine any more”.

At the army there is only discipline, discipline and discipline! Therefore, I was worried when I first came. My mother brought me up without any restrictions, so it was difficult to get used to the army rules.

My mother had passed away without seeing my achievements. She died in 1968. When I returned to my hometown, I felt how I had been homesick. I thought of coming back home, because there were my friends and two sisters. Then when I returned to the school I got sick and stayed in the hospital. At that moment I lost a lot of weight and I decided “I will drop out of the school. I will study at Civil Aviation. I will fly in Kazakhstan”. 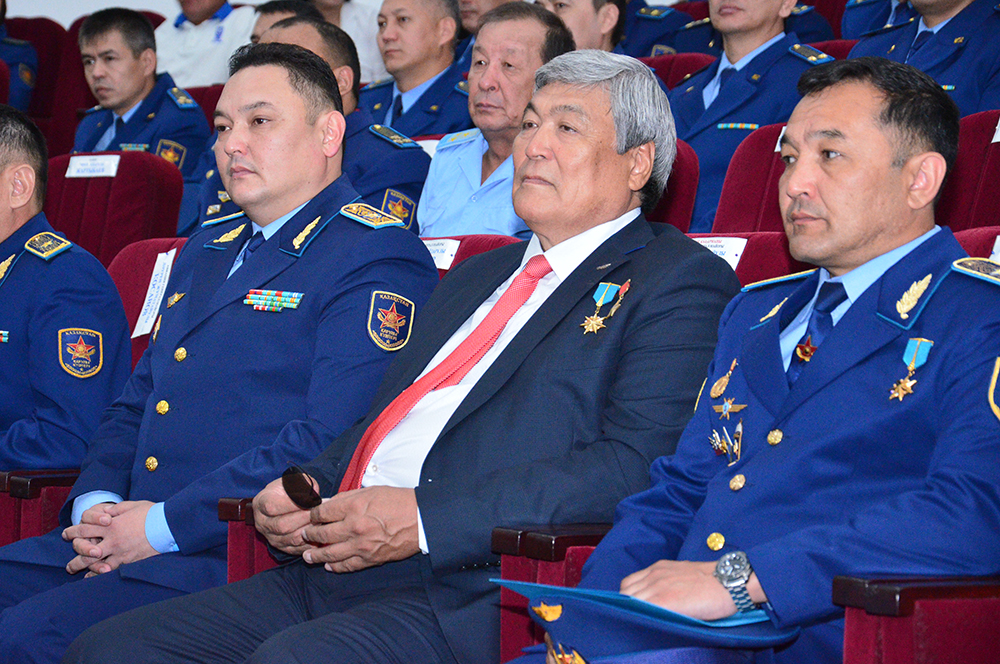 Once when I was examined by doctors, it was declared on the radio “now Kazakh Bulbul (nightingale) Bibigul Tolegenova is singing a song.” During 25 minutes I was listening to Bulbul’s song with her high-pitched voice. After that I was exhausted « this Kazakh fragile beautiful girl was able to overcome any difficulties and reached such an achievement. And you, being a strong man, you are giving up. You cannot do that!” I ran to the doctors and said “I am ready to check-up everything. I understood that I cannot stay in the Aviation. After finishing my education I was a pilot of Soviet Union Air Force in the Far East Military Region. I was nominated as “the best pilot of Far East”.

However, I dreamed about being a test-pilot. But, according to the rules of that time, they did not take citizens from Middle Asia countries. At the time of Soviet Union there were banned topics. Although I was studying well, they did not take me.

Then I flew from Khabarovsk to Almaty, and made an appointment with Dinmukhamed Konayev, the first secretary of the Central Communist Party of Kazakhstan. But he was on business trip in India. I did not have time, so I came back to the waiting room. They advised me to write a letter with the help of a lawyer. Lawyers wrote a letter which consisted of 3 pages for me. When I came to a hotel, I put myself in Konayev’s place and was thinking.

Will he read the 3 page letter from an invisible young man? He gets a bag of letters every day. He has a lot of other concerns. Thinking about all of these thing, I tore that letter, and wrote a letter with my own words. When I came to the waiting room, I hesitated to say that I had written the letter on my own, so I said “lawyers said to write by myself”. So, I flew back to Khabarovsk.

I am very grateful to men who worked in the waiting room before. Unfortunately, I did not write down their names. Honored men gave my small letter straight into Konayev’s hand. Dinmukhamed Akhmetuly put my letter into his pocket and went to Andrey Grechko, a Minister of Defense of USSR.

Once I came to work, everybody was excited “Minister of Defense is looking for you”. Thus, I was given a recommendation to test-pilot’s school with Dinmukhamed’s meddling.

After finishing my education, well-known “Mikoyan Design bureau” employed me as a test-pilot. Only 7 people tested planes.

Subscribe to our Telegram channel and be the first to know the news!
Photo day
Kazakhstan NOC representatives meet with Estanguet at Paris 2024 headquarters

All hope for tulips