ZHANSEIT TUIMEBAYEV: IT IS NECESSARY TO ENSURE THE WIDE INVOLVEMENT OF ETHNIC MINORS IN THE SOLUTION OF NATIONAL ISSUES

In the House of Friendship of Almaty there was a meeting of the Deputy Chairman of the Assembly of people of Kazakhstan – Head of the Secretariat of APK of Executive Office of the President of the Republic of Kazakhstan Zhanseit Tuimebayev with the heads of the republican ethno-cultural associations of APK.

Within the meeting, questions of realization of the Law of RK "On Assembly of people of Kazakhstan", plans and problems for 2019 have been discussed. 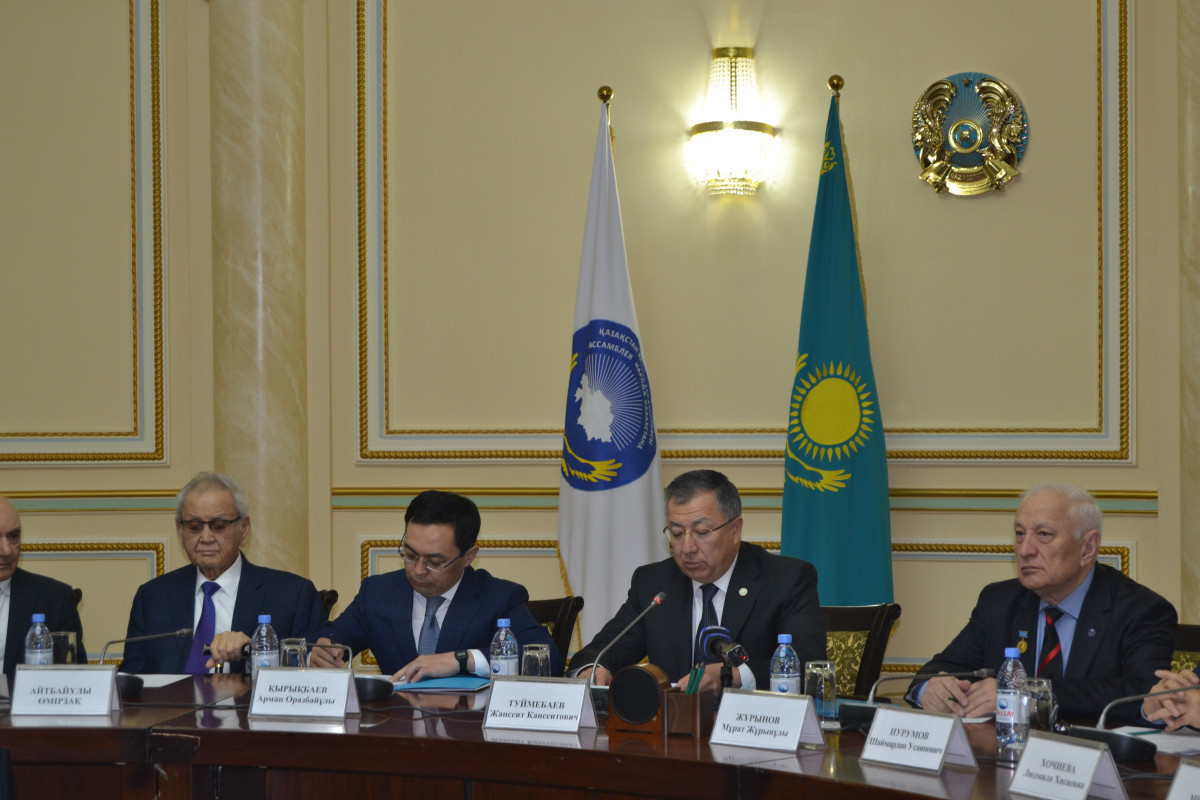 In his speech, Zh. Tuimebayev emphasized the importance of the meeting in determining joint tasks for the near future, consolidation of efforts in the upcoming session of the Assembly, implementation of the Law of the Republic of Kazakhstan "On Assembly of people of Kazakhstan", the program "Ruhani zhangyru".

He also shared his vision of priority areas of joint activity, the tasks in the near future with the assets of ethno-cultural associations. In particular, Zh.Tuimebayev noted that it is important for the republican ethnocultural associations to activate work with the ethnocultural associations, to expand participation in activity of all structures of APK, to use possibilities for development of national diplomacy with the countries of origin, including on a transfer of technologies, attraction of investments, to give priority attention to studying of the state language. Besides, it is important to accentuate the work of youth organizations of ethnic groups within the framework of APK’s republican youth movement "Zhangyru zholy".

"Ethno-cultural associations should fulfill their social role - unite the people of Kazakhstan, preserving their cultural and linguistic wealth. Your structures should become strong institutes of civil society. For this purpose it is necessary to work constantly with ethnoses, providing their wide involvement in the decision of national tasks," Deputy Chairman of APK summed up.