Karaganda Korean Ethno-cultural Centre organized a big Lunar New Year celebration “Seollal”. On this day, other ethnic groups came to the event to get acquainted with the traditions of the holiday, taking part in various games and entertainment programs. 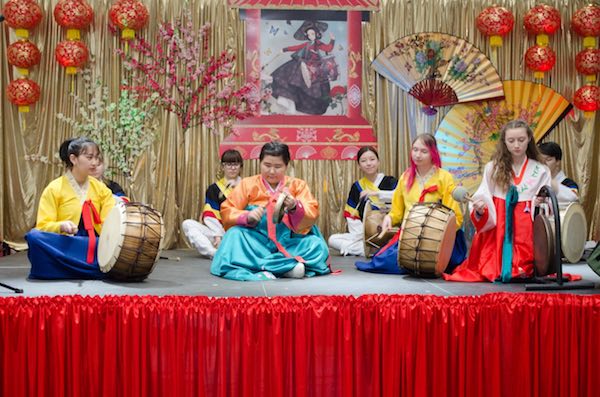 "Seollal" is a Korean national holiday, which is celebrated in early February. Koreans themselves say that it is very similar to Nauryz holiday, kind, bright and cheerful. And the traditions are similar to those of Kazakh - veneration of ancestors, forgiveness of neighbors and joy in the coming spring.

Koreans wear the national costume "hanbok" on this holiday, it is important to forget about hardships in Seollal and share joy. Liliya Kim, Chairman of the Korean Cultural Centre of Karaganda Region, awarded active members of the Centre for their active work in 2018.

Revival of native traditions and language is important for each ethnicity. "In our common home, Kazakhstan, conditions have been created so that people can preserve their customs and learn about others, we all live in peace and accord. An example of this is today's holiday, which brought together representatives of different ethnic groups. Such events unite our society into one single family," said Despina Kasapidi, Deputy Chairman of the Assembly of people of Kazakhstan of Karaganda Region.

And at the end of the holiday, the fascinating battle of the Korean drummers' ensemble of samulnori delighted all the participants.

For the first time, New Year's celebration according to the lunar calendar was so large-scale: Korean community decided to make this year's family holiday accessible to all who are interested in the culture of the country of Morning freshness.

The parade of events was opened by the first regional contest of Korean families "Uri Koreyo-Kajok". Four families took part in it.

Each participating family prepared a business card, a creative number and one tradition. According to the drawing of lots, the youngest family was the first to perform. Both spouses are engaged in sports, and the head of the family and is the head of Kostanai Federation Jun Ri do. The couple showed that, as in the case of an attack, you can save yourself with just a woman's purse.

In the creative performance, the spouses disclosed their vocal data, performing the song in Kazakh, and in the third stage of the competition showed the tradition of celebrating the year – “asyandi”. 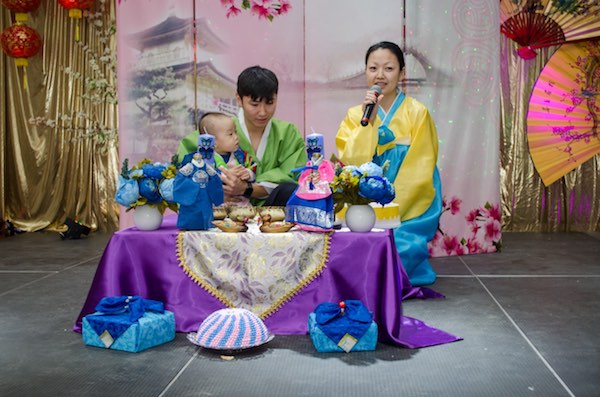 Big Khegay family performed under number 2. In the business card they introduced the audience to each member of the family, sang a song in the Korean language in the second stage, and in the third - the mother of the family Bella showed the tradition of fortune-telling on Korean maps Hato.

Kim's family from Kostanay were the third who came on the stage. The jury was impressed by their poetry and the colorful presentation of the Korean bowing tradition. Kim's spouses clearly showed how important the bows are in Korea and how to properly perform them. 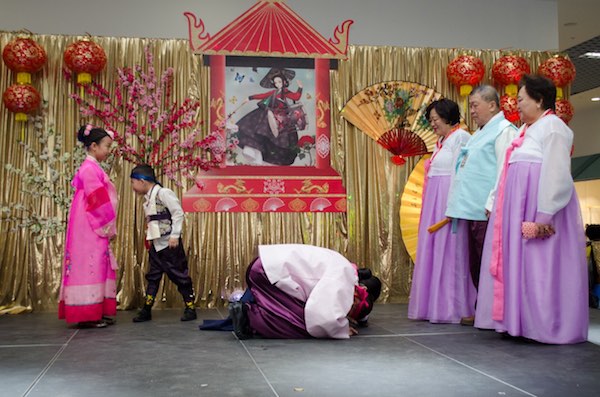 The Kim-Nurushev family from Kostanay region had the opportunity to perform at number 4. The family prepared a performance in poems, how the spouses met and the tradition of hospitality, for which the whole table with Korean treats was brought to the stage. 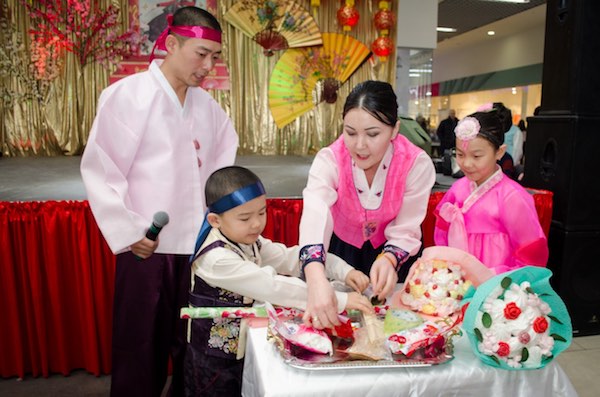 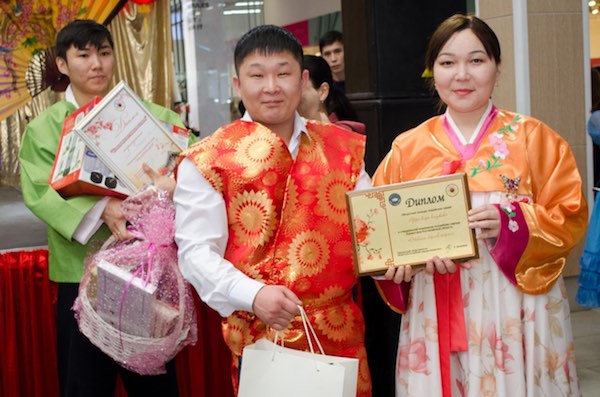 The highlight of the contest was a real Korean wedding ceremony. It was demonstrated by activists of the Ethno-cultural Center of Koreans of Astana.

Immediately after the contest of families for the guests of the holiday the concert program began. A little later, prizes from the House of Friendship and dozens of certificates from the event's partners were drawn among the audience. 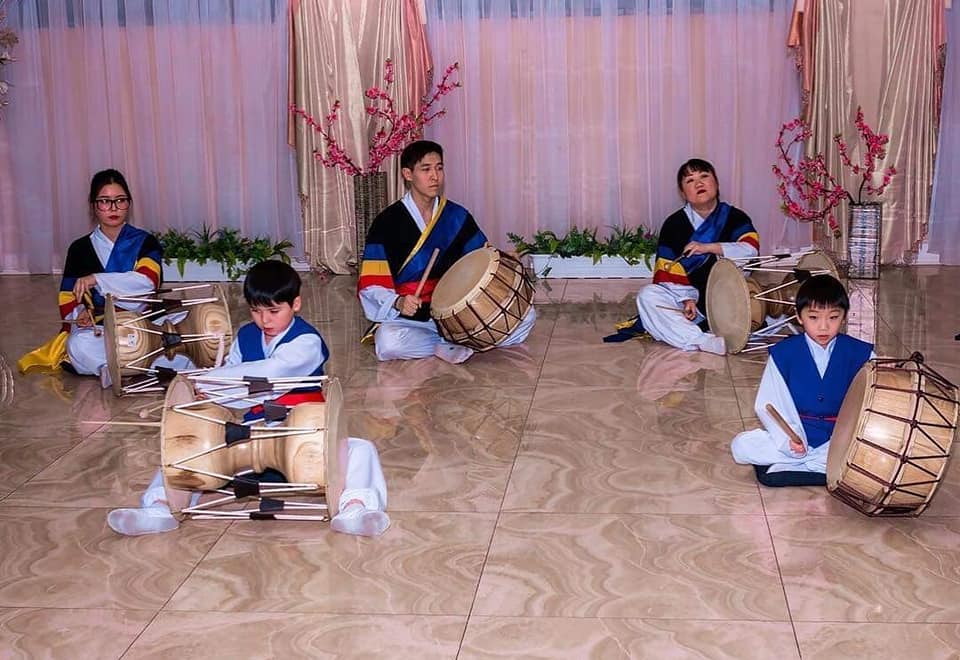 The festive K-POP marathon was completed with the festival, which brought together more than a hundred young people with a passion for Korean culture in front of the stage. 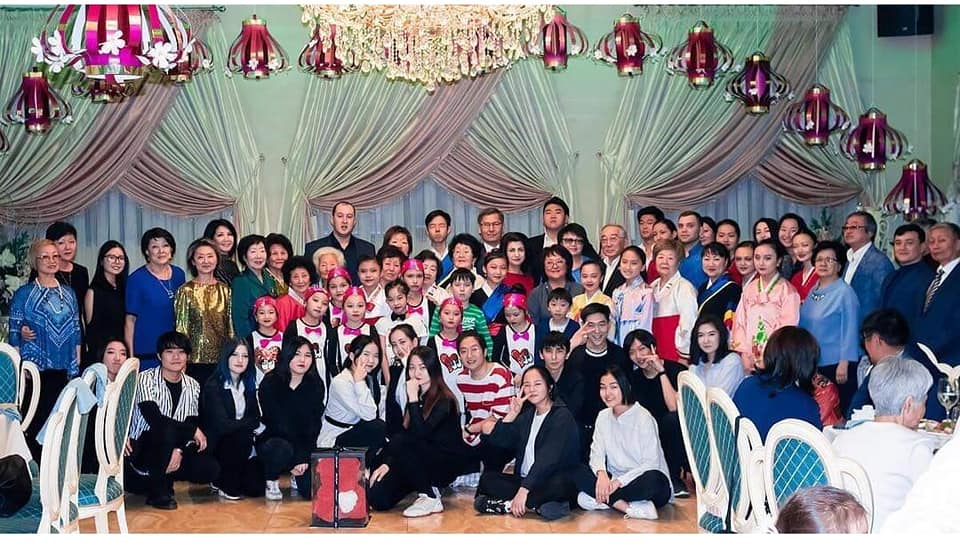 New Year is a Family Holiday of All Nations