INTELLECTUAL SHOW ON KAZAKH CULTURE, TRADITIONS AND CUSTOMS WAS HELD IN KARAGANDA

Intellectual game on knowledge of the Kazakh culture, traditions and customs among youth of regional Assembly "Great values of national traditions" was held in the House of Friendship in Karaganda.

The purpose of the event was to popularize national customs, language and music, literature, which were voiced in the program article of the Head of State "Rukhani Zhagyru", increase cooperation in the field of interethnic relations and ensuring social and political stability, implementation of national policy. The intellectual show was organized within the framework of the project "Qazaqtanu". The idea of the project was first voiced at the XXVI session of the Assembly of People of Kazakhstan. At game representatives of ethno-cultural associations and youth wing have shown the knowledge on the Kazakh traditions and customs, history. And in structure of jury entered known philologists, historians of area.

Participants in the first round answered questions on a ceremony "Shildekhana, Birth of the child". Cognitive questions on the history of Kazakhstan and traditions of the Kazakh people are considered.

In the second round, participants showed sketches of customs prepared on stage as homework. Before the jury made its decision, the presenters and the guests held a lottery game and shared the most valuable gifts. 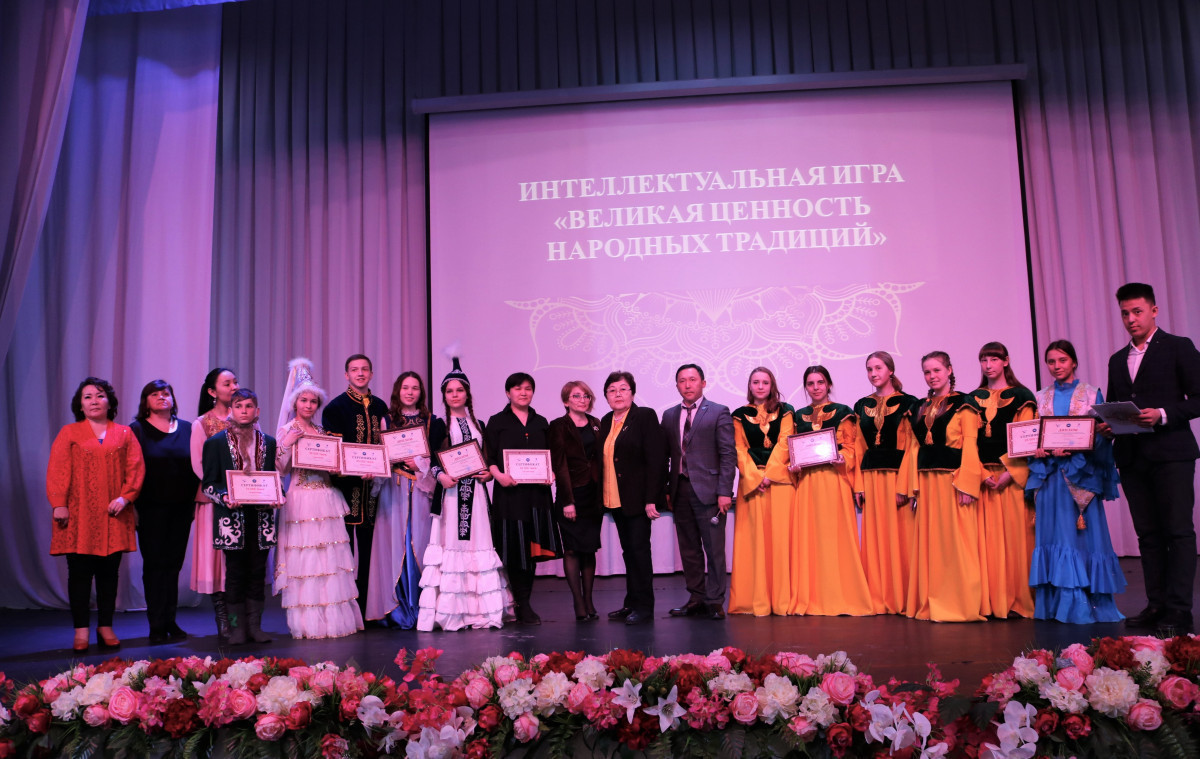 The third round of the game was called "Qazaqtanu". The President of the Jury, Director of the Research Center "Tulgatanu" of Buketov Karaganda State University Nursakhan Beisenbekova noted the special work of the Assembly. "In April, the project will be launched in a year as Qazaqtanu. During this time, various cultural, cognitive and intellectual events were held. This is a special merit of the Assembly".

At the end of the event the jury chose the best team and awarded the Grand Prix to the team of Karaganda Banking College "Suyinshi", the first place was won by the team "Тulpar". The winners were awarded special diplomas and money certificates.

Also in the foyer of the House of Friendship on this day an exhibition of craftsmen was presented in parallel.