Best ice sculpture to be revealed in Astana 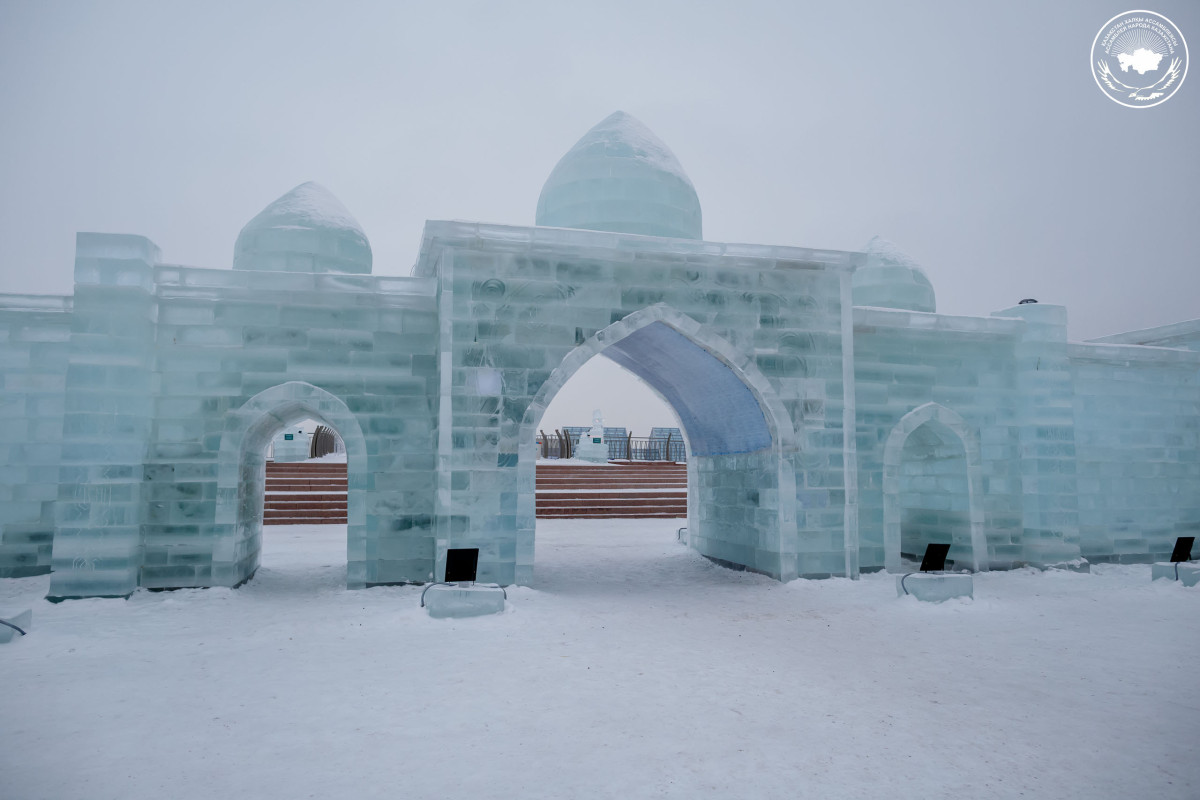 Since January 12, 2019, International Festival is held in Astana to identify the best sculpture. The event is organized by the akim's office of Yesil district for the exchange of artists' creative experience, creating conditions for leisure time of residents and guests of the capital, forming the image of the city as a centre of cultural tourism. 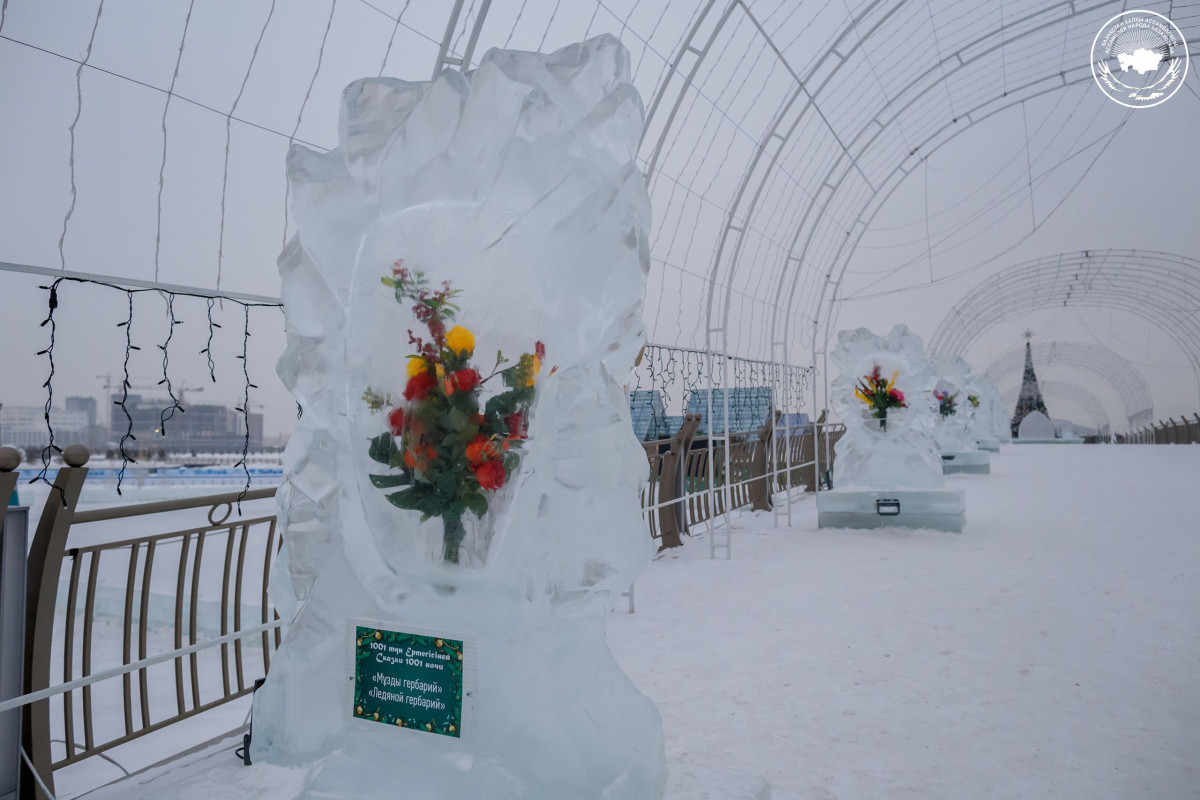 The competition was attended by 16 teams of sculptors from Kazakhstan, Russia and China. Kazakhstan is represented by teams from Aktobe, Karaganda, Aktau, Uralsk, Ridder, Kyzylorda, Taldykorgan, Kostanai and Akmola regions. The capital is represented by 4 teams. The theme of the festival "Eastern fairy tale: 101 nights of Astana" was not chosen by chance, as it corresponds to the design of the Botanical Garden. 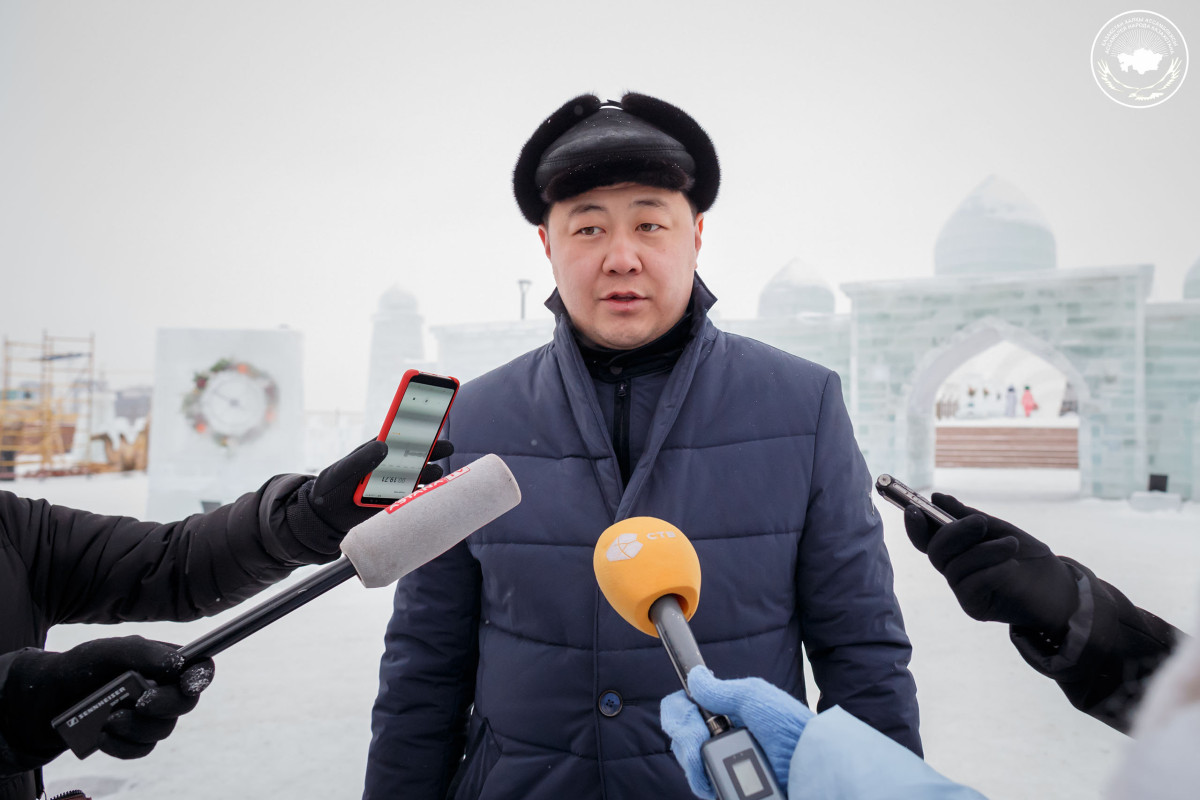 "We believe that this event will be held on an annual basis and will expand the circle of participants, and we plan to divide the competition into amateur and professional levels" said Nurlan Omarov, acting akim of Yesil district. 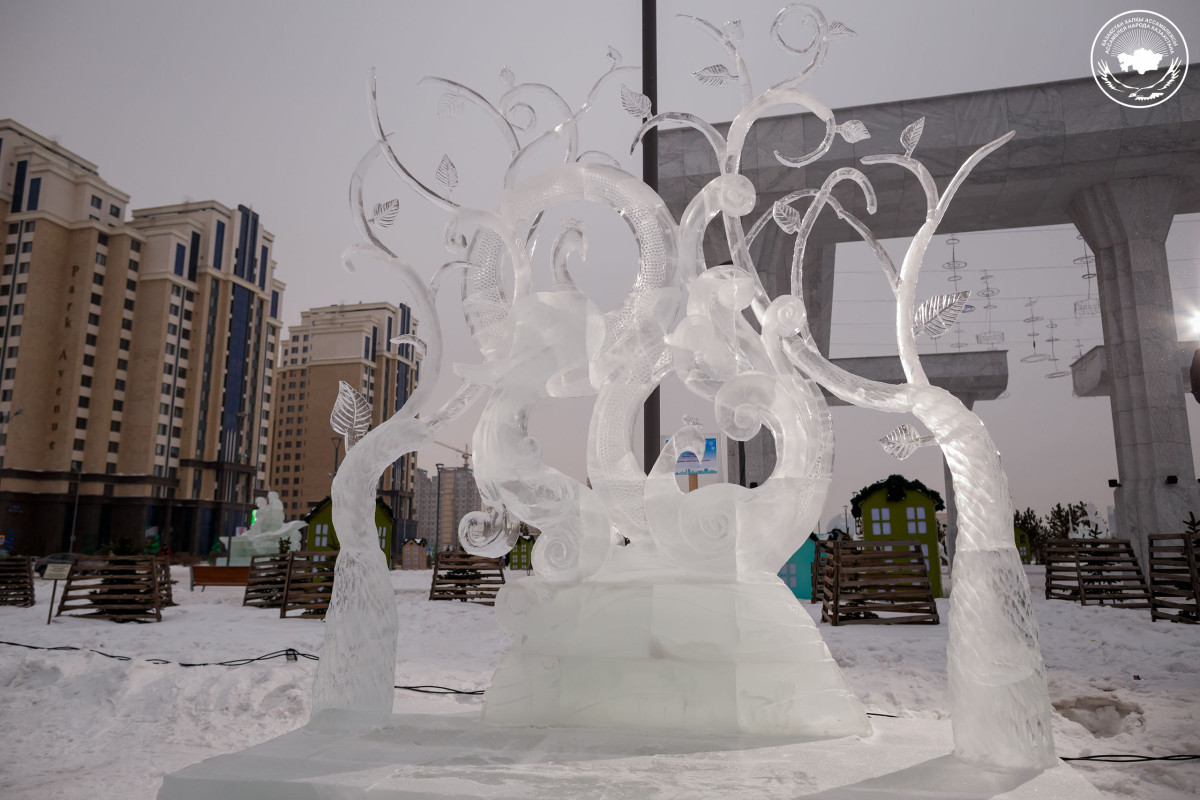 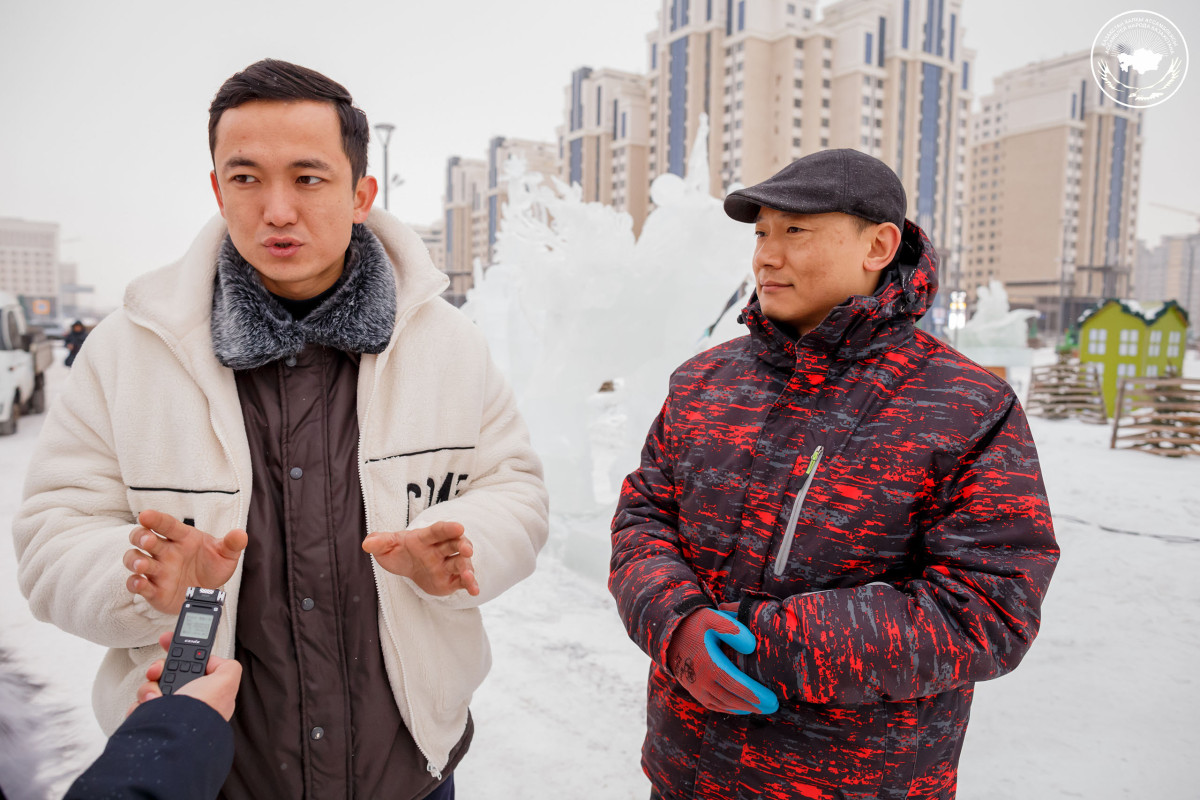 The sculpture of masters from China is called "Peacocks fly to the South East". It is based on a Chinese fairy tale about two lovers who could not be reunited. Having failed to survive the separation, they both die. From the place of burial of lovers their souls turned into peacocks and flew to the sky.

Chief Sculptor Jang Kijah and two of his colleagues came from Harbin, Heilongjiang Province (north-eastern China). He is a lecturer at Qiqihar University in Heilongjiang District. They started this activity after teaching. It has been eight years now since they have been involved in it. In addition, Harbin hosts such large festivals every year, where they take part.

The group had previously travelled to Canada, and it was the first time they had come to Kazakhstan. According to Jang Kijah, people in Astana are very peaceful and friendly. They helped each other while working in the competition. The first days of arrival were freezing, but in general the weather was the same as in Harbin.

“We came to the festival to exchange international experience, as it is a small competition. We want to demonstrate Chinese culture, learn from Kazakh sculptors and strengthen friendly relations” noted Chinese sculptor.

Nurlan Omarov noted that the works will be evaluated according to such criteria as originality, speed of execution, theme, idea, execution of the sculpture itself. 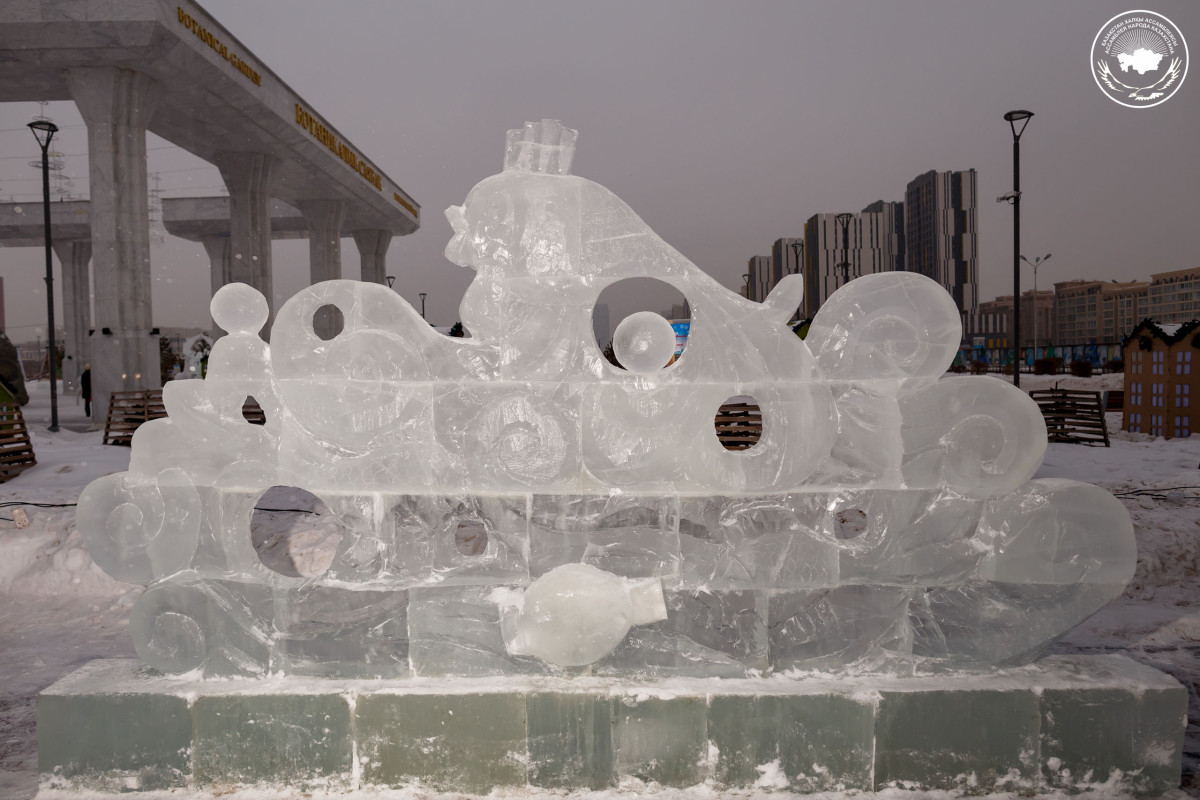 "Alladin" by "Alladins of Chelyabinsk region" team from Russia 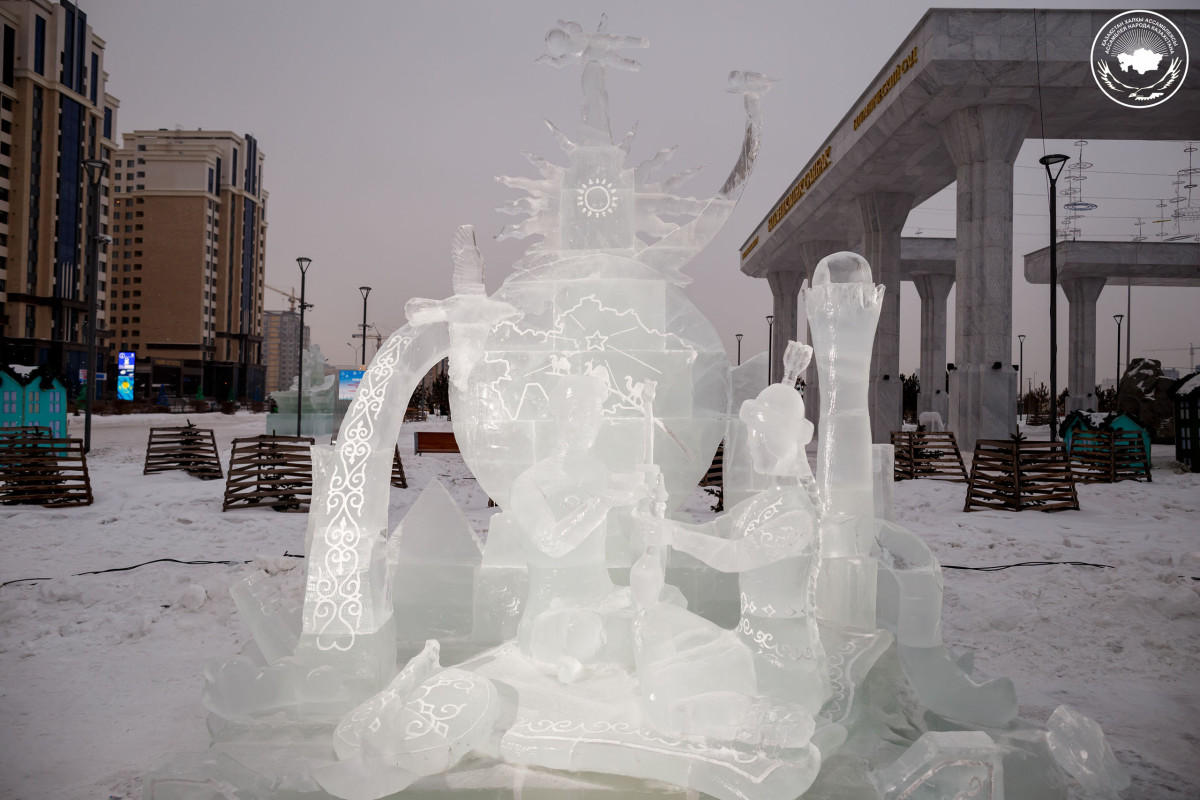 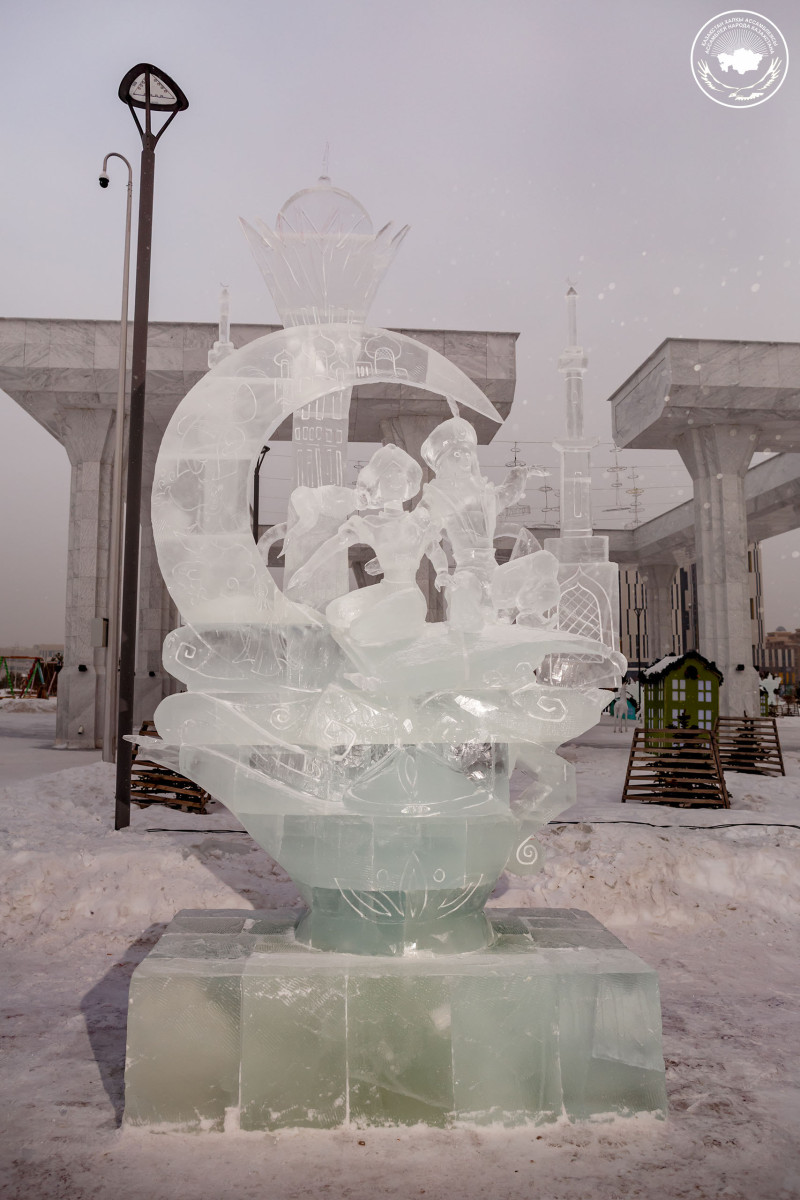 "Alladin and Jasmine's trip in Astana" by Hongkong team, China 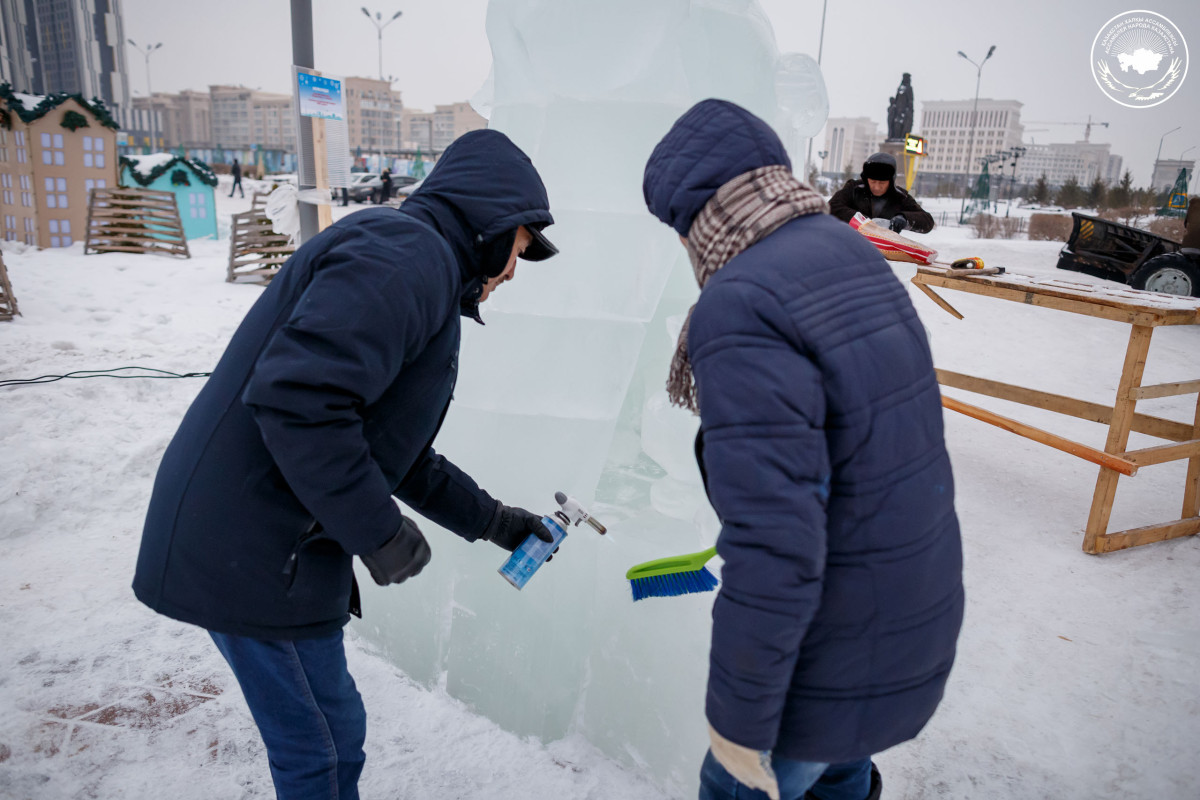 According to the acting akim, it will not be easy to identify the best works, as he witnessed the hard work of sculptors for three days. The winner of the competition will be revealed on January 16.