Тusau kesu for Alinur and besikke salu for Nursana were held in the House of Friendship of Kostanay as part of the charity event "Sarkyt". Kostanai Regional Assembly of people of Kazakhstan launched charity events in 2019, which will be held within the framework of the republican project "Caravan of Mercy" under a single slogan "Meyirimdilikpen birlikke!”

January is called "Sarkyt" in the national calendar - a treat that is served to the guests after celebration.

Two families living in Women and Children Adaptation Centre were organized a small celebration and two important Kazakh national rites for their children - Тusau kesu (cutting the fetters) and Besikke salu (laying in the cradle) were organized for them.

Тusau kesu is held when a child starts taking the first steps to make his or her life a success. Besikke salu is carried out when the baby is first placed into "besik".

Besikke salu was spent for a beautiful two-month-old girl Nursana. Her mother Anuza Kamenova said that the ritual had not been held yet and therefore she is very grateful to the organizers for the invitation.

"Besikke salu” is a very beautiful rite. It makes protection. We try not to forget Kazakh rites at home and pass them on to children. By teaching our children we will be able to preserve traditions and carry them through the ages," Anuza said. Nursana turned out to be a very calm child, she was asleep all the time. The ceremony was conducted by grandmothers from the Kazakh song choir "Ak Dariga". They put Nursana in her cradle and swayed her to songs.

The second ritual “Tusau kesu” was held for little Alinur.

"Alinur has been learning to walk on his own for 1 year and 3 months, but we haven't conducted the ritual yet, so we were happy to take part in it. I respect Kazakh customs and believe that they bring good luck. Тusau kesu is an important ritual, it helps the child to stand firmly on his feet and in the future will protect him from stumbling and misery," said boy's mother Gulzhikhan Boranbayeva. 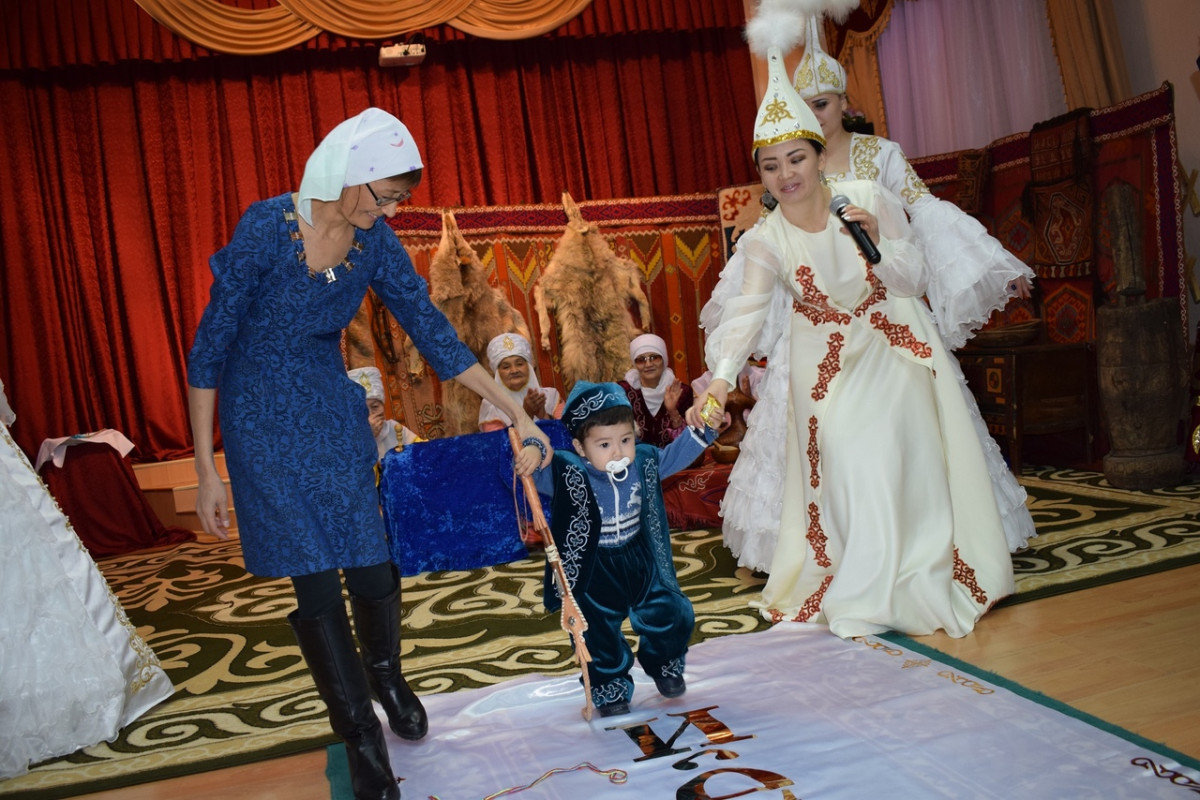 Alimzhan Bekmagambetov, chairman of the scientific and expert group, performed a ceremony for Alinur. After cutting the fetters, Alinur reached the edge of the white track and chose kamshy. This means he will become a real dzhigit.

The final chord of the charity event was "Sarkyt". It was given to the participants as a rite. Also, five food sets were distributed to large families.