An extended meeting of the Council of the Assembly of people of Kazakhstan dedicated to the Day of the First President of the Republic of Kazakhstan was held in Astana.

In his speech, Leonid Prokopenko noted that the State of the Nation Address "Growing welfare of Kazakhstan: improving income and quality of life", together with five social initiatives of the President, was a milestone for the development of the national model of social well-being. 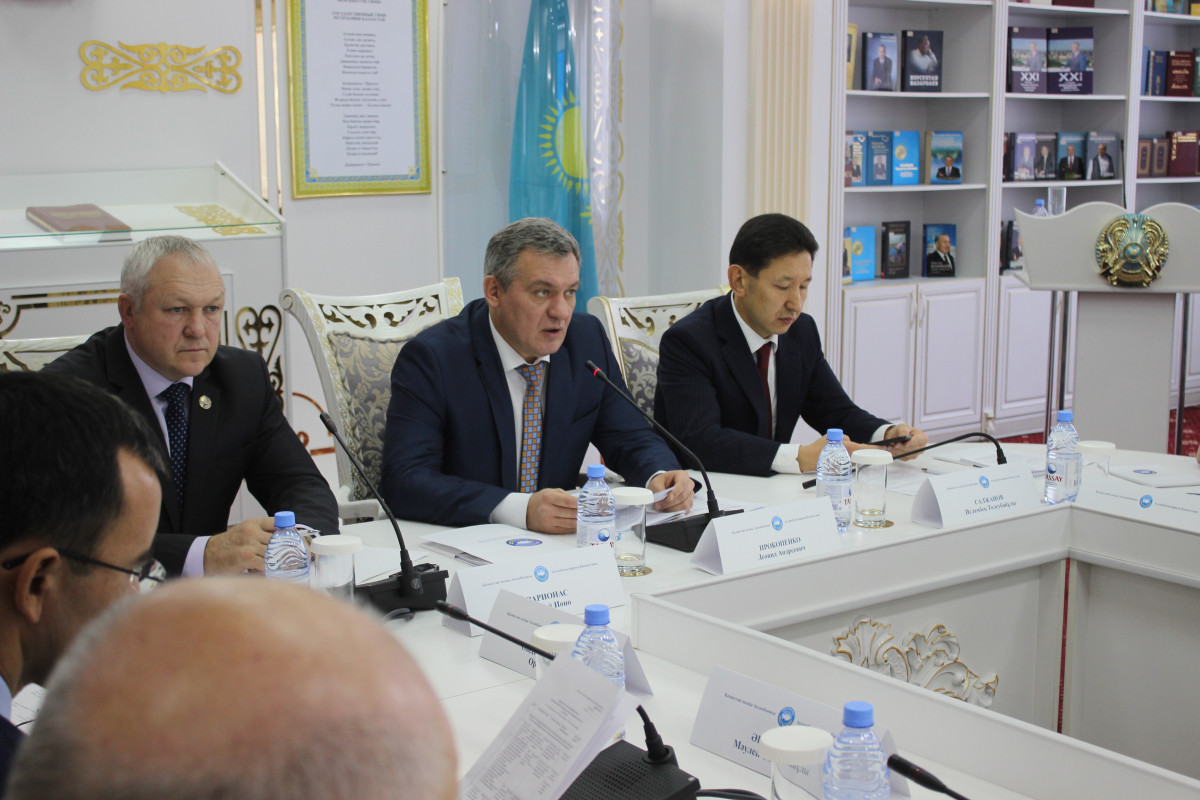 "Over the past period, all structures of the APK held 1940 (29 Republican) events to clarify the Address, covering about 200 thousand people (15 thousand in the Republican). The media published 680 materials, 478 - in social networks.  All ethnic media are involved, 42 materials are published," Leonid Prokopenko informed.

Deputies of Mazhilis elected from the APK carried out the work in the regions. 129 meetings with 7780 people were held directly with the population.

Assembly developed 12 special projects of the APK in the implementation of the National Action plan (NAP) on the State of the Nation Address.

According to 62 term of the Action plan to create "barrier free environment" for persons with disabilities, a social project "Kedergige – zhol zhok!"(No to barriers!) was developed. Monitoring groups of the APK will be created at Houses of friendship as a result of their work - a map of needs and recommendations for local executive bodies will be developed.

With the involvement of the Republican Youth Movement of the APK "Zhangyru Zholy" in the framework of the introduction of effective feedback mechanisms of state bodies with the population (paragraph 73 of the Plan), it is planned to conduct public testing of the effectiveness of feedback mechanisms with the population on the Internet resources of local executive bodies.

"In the year of the youth (term 94) Road map of the Republican youth movement of the Assembly "Zhangyru zholy" will be implemented. These are 19 independent projects aimed at creating a broad platform of social lifts, as well as measures to support all categories of youth," Deputy head of APK said.

Assembly developed the project "Zhangyrgan aul" within the framework of the Republican special project (term 95) "Auyl – el besigi", which will be implemented jointly with S. Seifullin Kazakh Agrotechnical University.

"The project includes promotion of new technologies, cooperation of the university with agricultural producers for training, preparation of specialists among young people, development of "agricultural tourism" of rural youth at advanced agricultural enterprises. In turn, public consent councils of the APK in the districts and counties will continue to promote advanced technologies in the agro — industrial sector on the basis of the Road map," the speaker said.

He added that the implementation of the Address offers a project approach, both at the national and regional levels.

According to the head of the APK, 5 out of 19 instructions given at the XXVI session of the APK by the Head of state are fully executed. Until the end of the current year 5 planned orders session, and the remaining 9 orders in January-February of 2019, the control of which will ensure Secretariat of APK.

According to the first order, the Action Plan for the implementation of the updated law "On the Assembly of people of Kazakhstan" was approved, a standard structure, charter and staffing of "Kogamdyk kelisim" KSU was sent to the regions, a package for public accreditation of ethno-cultural associations was developed.

By the 20th anniversary of Astana, Head of state opened the capital's House of friendship (a gift from Mangystau region), developed a program of development of Assembly of people of Kazakhstan in Astana, took measures for the further development of the multimedia portal of the Assembly (approved Road map for 2018-2019).

"The editorial staff has been formed, design has been changed, special headings have been opened, the electronic journal of the APK "Shanyrak" has been prepared, which will be published quarterly. All Republican events are broadcast live on the accounts of the Assembly in social networks. Next year, an internal portal for interactive interaction with regional assemblies and ethno — cultural associations will be developed, a mobile application will be developed," Deputy head of APK said.

Today, as Leonid Prokopenko said, ranking among Kazakhstani Internet news resource "Assembly.kz" takes 185 place (based on the monitoring count sites zero.kz, 15.11.2018), although it was only on the 425 place last year.

A consolidated plan of scientific work in the socio-demographic and inter-ethnic spheres for 2018-2020 has been developed, which includes 72 projects at the national and regional levels. They allow to cover the whole range of issues of unity and harmony, which contributed to the formation of a holistic vision of research for 2018-2020 in this area.

"Our task in the coming period is to intensify the work of the Assembly to ensure the participation of every citizen of Kazakhstan in the processes of transformation in the country. We are faced with political tasks of high importance-to ensure unity and harmony, peace and tranquility for the effective implementation of the tasks of the Address," Head of the APK summed up, expressing confidence in the timeliness of their implementation, as APK will report to the Chairman at the XXVII session of the APK.

Project of the Concept of development of the Assembly of people of Kazakhstan (until 2025) was considered at the meeting. The main approaches proposed by the Ministry of Social Development were approved by the members of the APK’s Council.