AKHMET MURADOV: TIME CHOSE HIM AND HE FILLED IT WITH MEANING

So it coincided that Nursultan Nazarbayev came to the leadership of the Central Committee of the Communist Party of Kazakhstan, when people's activity reached its peak and the elections of deputies of the Supreme Soviet of the USSR showed that he was rightly delegated to the Supreme Body of the Soviet Country. 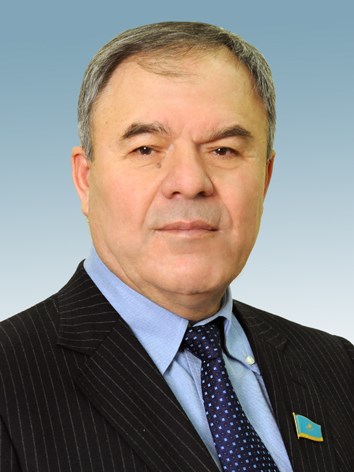 With the diminishing role of the Communist Party, it was necessary to clarify the priorities and interests of its people. And so it was done: at the Congress of People's Deputies from the rostrum the need to restore justice towards Kazakhstan in the assessment of the events of December 1986 and, at the same time, in the assessment of all repressions committed on Kazakh land over the people of Kazakhstan was voiced.

Such determination is given with full confidence in the support of the people. This support was demonstrated to the World on December 1, 1991, when we elected the First President of Independent Kazakhstan by popular vote.

Almost 30 years have been devoted to serving the people and the country.

What was the main thing in these years?

Convince the Kazakhs, both in the country and throughout the world, that one should not miss the historical chance to build a truly independent Kazakhstan.

Convince all Kazakhstanis that only in Independent Kazakhstan can all rights be guaranteed, regardless of nationality and religion.

Convince the leaders of the world's powers to guarantee the security and integrity of the state in the context of nuclear disarmament.

Create an organization called the Assembly of people of Kazakhstan, lead it and involve in the work of this unique institution all those who consider Kazakhstan their homeland and connect their future and the future of their children with Kazakhstan.

All these years we have been tested on strength, on stability, on unity, on much that was interpreted in favor of this or that conjecture, but the course of the Leader of the Nation on unity, consent, and responsibility remained unchanged.

The main thing, as I think, is to instill a powerful spirit of Kazakhstan patriotism and pride in their country.

In very difficult circumstances related to the events in the Caucasus, we repeatedly addressed Nursultan Abishevich with requests and never saw and felt his detachment indifference to the aspirations of the citizens of Kazakhstan or the fate of the Chechen people. Only this obliges us to be grateful to Yelbassy and the people of Kazakhstan for their support during the years of deportation and nowadays.

And from Chechnya and Ingushetia we have heard sincere words of gratitude from both the leaders of the republics and ordinary citizens.

Nursultan Abishevich has resigned his powers with dignity, courage, in conditions when he has created all the legal, economic and organizational foundations for progressive progress to the tops of success.

In his speech, he said "I am staying with you", and it is very important to have Aksakal in the country, recognized by the world and supported by the people, in the country. He will be pleased to see the fruits of his work, and we need to consolidate on the national and national tasks without political differences and unnecessary disputes.

Preserving the independence of Kazakhstan and developing it is our common task.