The increase in tourist flows will improve the well-being of the local population and prevent the "extinction" of villages.

Over the past few years, Kazakhstan has experienced a boom in domestic tourism. As a result of the pandemic, the closure of borders and air links with other states, kazakhstanis began to actively visit the sights within their own country and discover new species.

Despite the fact that quarantine restrictions have long been lifted, expeditions to natural monuments have not lost their relevance, and tours to villages are just gaining momentum. Traveler and blogger Nurzhan Algashov in an interview with El.kz spoke about the advantage of sustainable tourism, which places in Kazakhstan are worth visiting at least once and how rural tourism will help the growth of the country's economy. 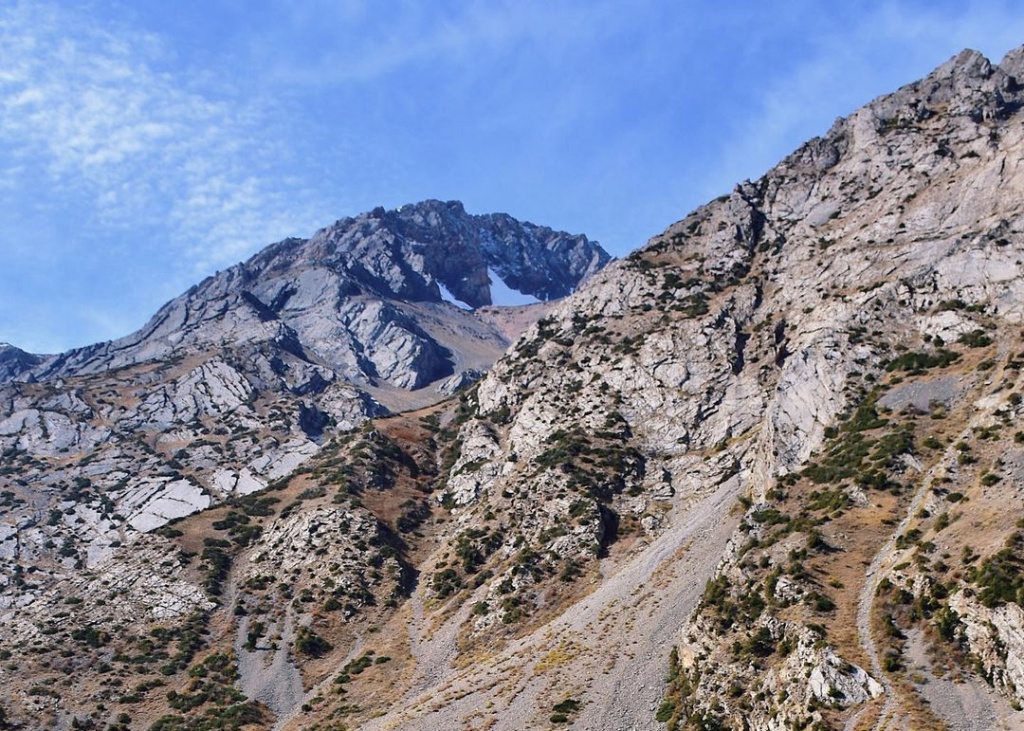 Tell me about you. Why did you decide to dedicate your blog to traveling?

- The last few years I worked in the Kazakhstan National Geographical Society, where I was engaged in the organization of expeditions. For example, we conducted several scientific trips to the Aral Sea together with Nazarbayev University, as well as to southern and central Kazakhstan in cooperation with the National Company "Kazakh Tourism". To date, I am engaged in organizing expeditions for the magazine "National Geographic Kazakhstan". 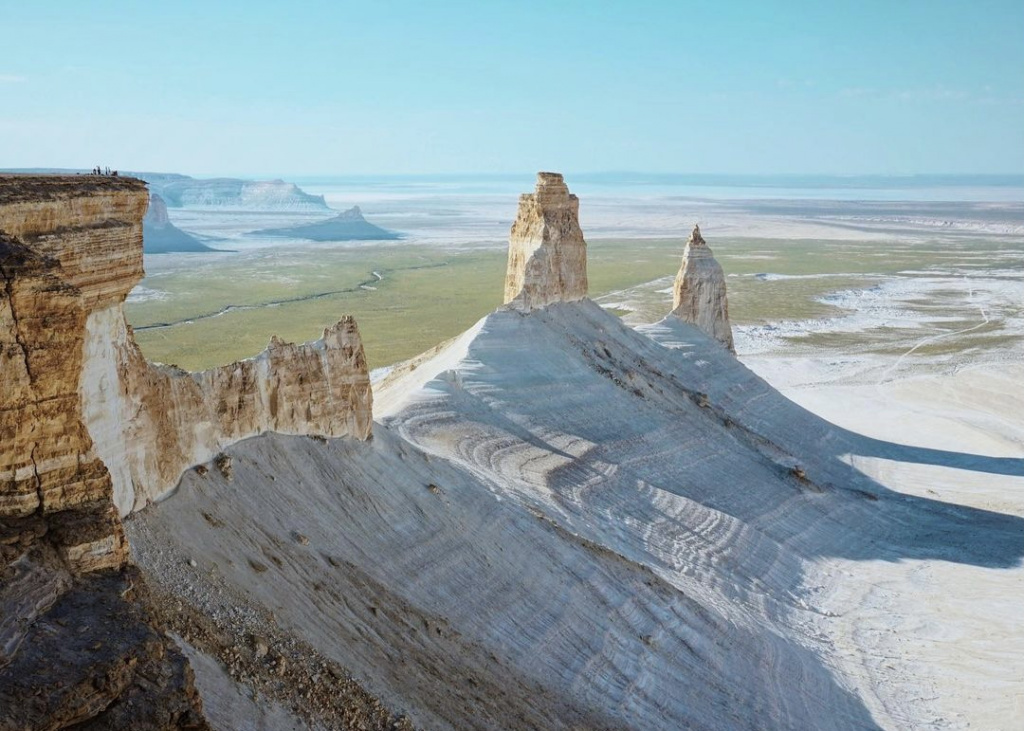 I have been running my blog about tourism for 7 years. I traveled before, but when trips became more frequent, and my stories to my relatives about new places in Kazakhstan and the world became more interesting and detailed, I began blogging. Generally speaking, it was friends who advised me to share my travel experience on social media for a wide audience. Here I was reminded of a funny incident. As far as I remember, in 2015 my companions and I went on a small three-day trip to Mangystau, which we organized on our own. It must be said that at that time the Mangystau region was not yet such a popular region for travelers. As a result of the trip, I published a detailed report on my website Travelblog.kz with our full route and mileage data. After some time, my friends met a whole family in the underground mosque of Beket-Ata (in Mangystau), who, as it turned out, completely printed our route from the site, and strictly following it, traveled in that area. 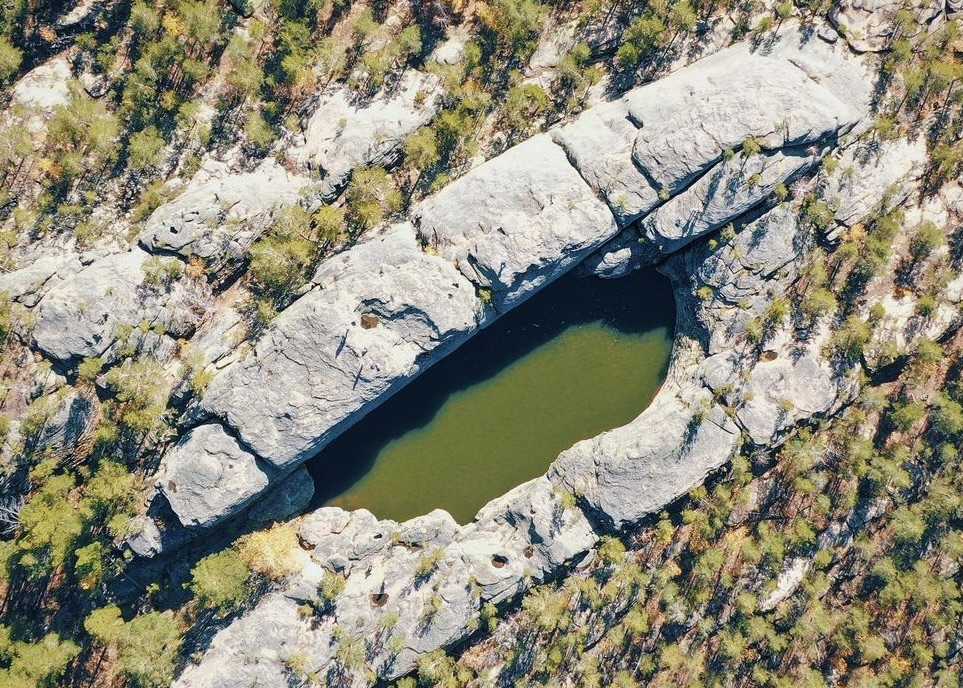 - What work are you doing now on the development of domestic tourism?

In May, we visited the Turkestan region, and just recently, on June 24, we returned from a tour of the Almaty region, where we visited such unique places as the Kensu Valley, the village of Shalkode and the Ketmen Pass. I must say that these areas are not visited by many, so there is wilderness. In July, we plan to organize a trip to the East Kazakhstan region, in September we plan a trip to the Mangystau region.

The group in the expedition to Kazakhstan is completed as follows. 50% of the total number is made up of a team from the magazine "National Geographic Kazakhstan", which includes directly photographers, videographers, invited bloggers, chefs, drivers, organizers and guides. At the same time, in the public domain, we announce the acceptance of applications for participation in a particular expedition for all comers. 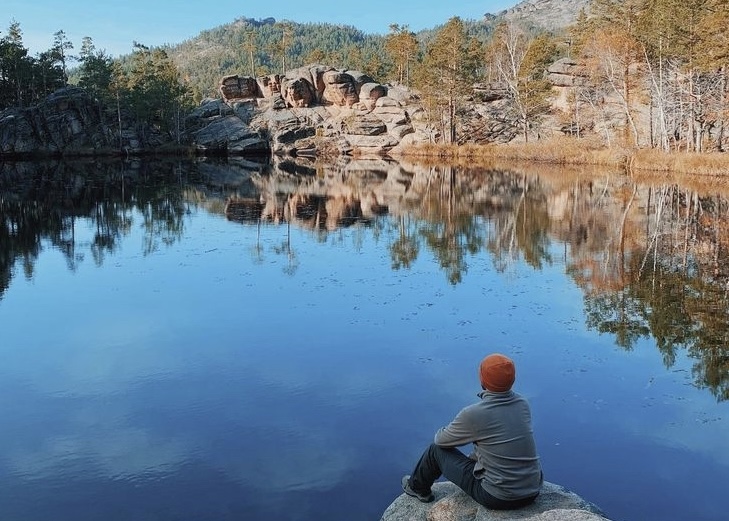 Of those who responded and submitted applications, we make up the second half of the participants. So, taking into account the last two trips, about 20 tourists went on a tour with us.

The purpose of our activities is to promote sustainable, "correct" tourism. Sustainable tourism is travel with the intention of having a positive impact on the environment, society and economy – or at least not a negative one.

We also strive to show people picturesque places in different parts of our Kazakhstan. This is important because the regions of the country can be beautiful in completely different ways. 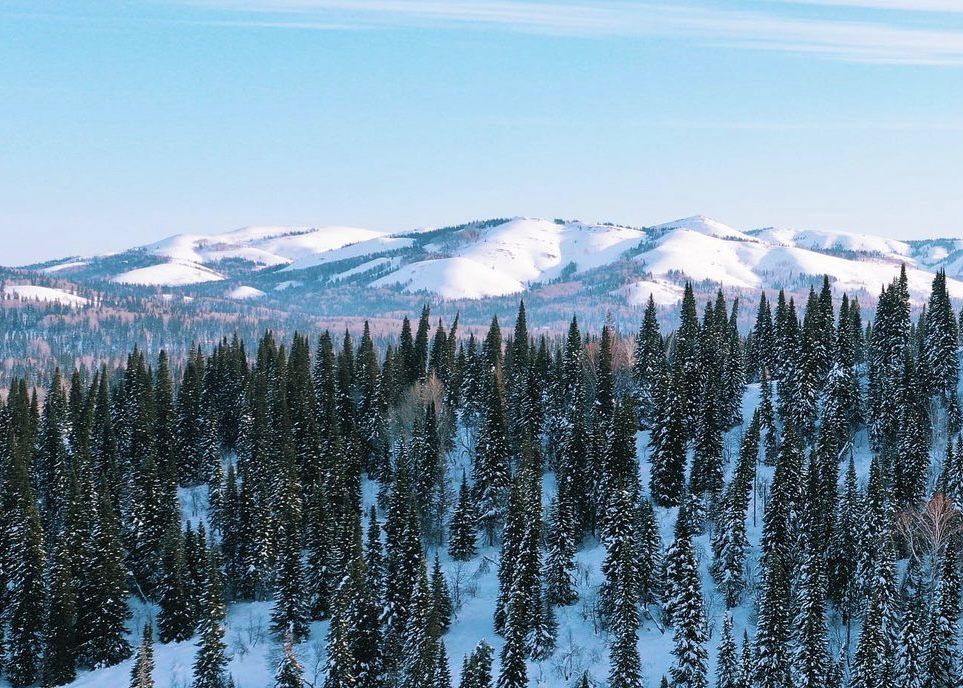 - What natural monuments of the republic have you already visited? Are there any of them your favorites and those places where you want to return again?

- In general, I live by such a principle that everything new for me is already a priori interesting.

Therefore, wherever I was, in Kazakhstan or abroad, all the sights, cities and countries were memorable and fascinating. If we consider tourist sites within Kazakhstan, we can definitely say that in every region of the country there are such beautiful places where you want to return again and again. In the Mangystau region, of course, it is necessary to allocate the Bozzhyr tract, there is also the Tuzbayir salt marshes and the Kapamsay chalk canyon. 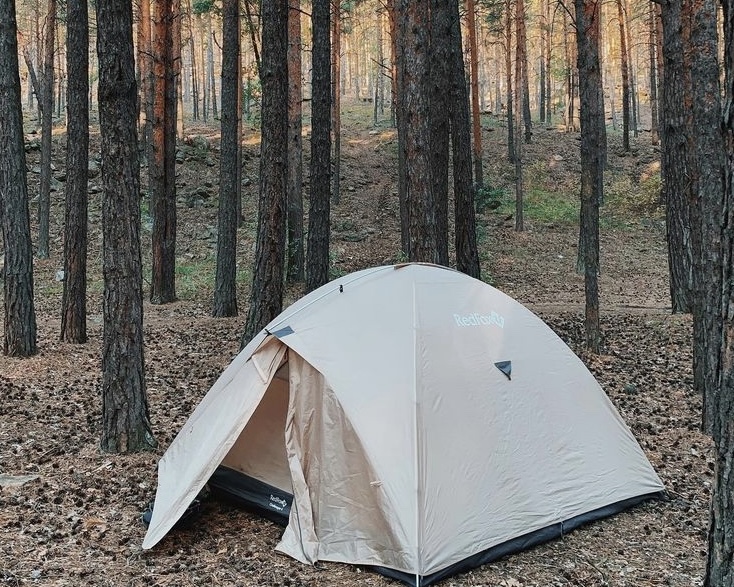 If we turn to southern Kazakhstan, it is impossible not to note the Sayram-Ugam State National Nature Park and the Aksu-Zhabagly Reserve with their incredibly beautiful lakes, prominent routes and "alpine" mountains. In the East Kazakhstan region, the most popular locations are one of the largest state national natural parks - Katon-Karagai and its Altai Mountains. The nature of our homeland is so beautiful that, for example, the Altai Mountains in the east and the Alatau Mountains in the southeast are completely different, although there is also snow and the same vegetation. But when you are physically in the Altai Mountains, the sensations are completely different. 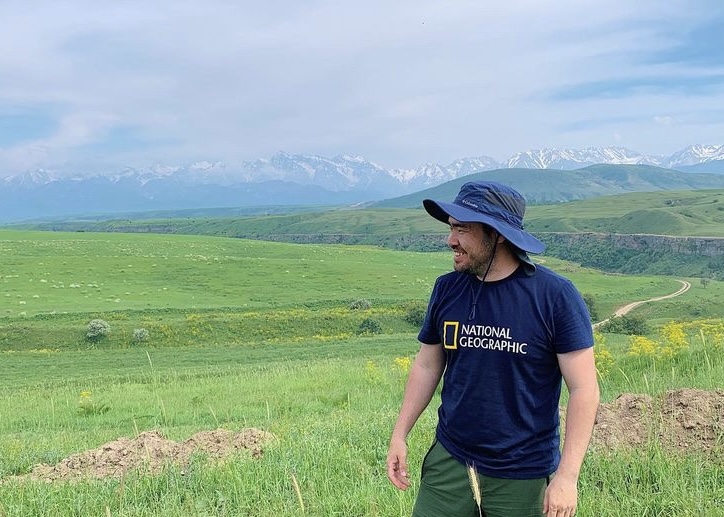 - In your blog, you said that your last trip to the Almaty region was unique in its atypical route for tourists. What exactly is its peculiarity?

- There we visited the valley of Zhasybai, which is located in the upper reaches of the Kensu River. There, at an altitude of 3000 meters above sea level, there are morainic lakes.

Just imagine, green zhailau (pastures) stretch around, a little higher there is already snow, which does not melt even in the summer, and among this beauty there are about a dozen lakes. Some call this area the Valley of a Hundred Lakes, although its correct name is Zhasybai Valley. If you look at these landscapes from a height, you may get the impression that you are somewhere in Iceland, for example, and not in Kazakhstan. Nature and species are very similar.

As for other natural objects, such as Karkaraly National Park (Karaganda region), Bayanaul (Pavlodar region), Imantau-Shalkar resort zone (North Kazakhstan region) - in these regions, unfortunately, there are still not enough comfortable accommodation facilities. But I really hope that very soon there will be places with the same high level of service.

- In recent years, ethnic and ecological tourism has been actively gaining popularity. What are these areas? What are their advantages and features? What are the prospects for this kind of tourism in the republic?

Ecotourism involves being in a natural area, enjoying the riches of the environment, hiking, camping. All this is connected with the use of natural resources. The most important concept of this type of tourism is rest without harm to nature. Therefore, being in such tours, in no case should you leave behind garbage, break plants, pick berries and flowers, and so on. The traveler should not take with him anything but memories and impressions.

Now about the so-called ethno-tourism. Now this concept, as well as "ethno-aul", has become very popular. But, in my opinion, it is necessary to move away from it, because its use is not entirely appropriate. A foreigner is unlikely to understand what you mean by "ethnic tourism", because he has never been to our country, has not seen our people before and has not tried our national cuisine. Kazakh culture in any case will be authentic for him. And this means that the prefix "ethno-" can be used in relation to any corner of Kazakhstan, even if it is located in the center of the capital, and not somewhere in the village. I would call it rural or agrarian tourism, when, in addition to ecological tourism, a person visits villages and villages and gets acquainted with the life of the local population, their subsidiary farms. I think for urban people this type of travel is especially relevant.

There is a zest in immersing yourself in rural life, seeing with your own eyes how butter, cheese or sour cream is made, how, in principle, cow's milk is obtained, hay is mowed. In such conditions, foreigners will mainly be interested to know how national dishes are prepared. The most important thing is that this type of travel will significantly help the auls, which are located near the natural attractions of Kazakhstan, because the tourist flow is directed there. Accordingly, if they simultaneously looked into the villages, then the people living there would receive a certain income. This would play a huge role in the development of sustainable tourism in these territories, because the most important beneficiaries should be local residents.

- Historically, the Kazakhs are quite hospitable people. They can host any traveler or even a group of people who need overnight accommodation, feed them. However, I would like them not to hesitate to charge money for it. I often travel around Kazakhstan, especially in remote areas, and often witness how locals refuse to pay for services rendered. But this, I believe, should also have its own price. Our people are embarrassed to charge because they've never done it before. I would also very much like that after a while in every small settlement of Kazakhstan any tourist could get along the repaired roads, find housing, food and, in general, get quality service, again, not for free.

I think one day we will come to this, because our main "trick" is natural monuments, and to popularize them it is not necessary to build expensive hotels against the background of natural locations. The experience of the village of Saty has become a vivid confirmation that it is quite possible and even profitable to develop sustainable tourism in the surrounding areas without damaging nature.

From all this follows one main conclusion: the development of ecological and rural tourism can become a real driver for the growth of the national economy by improving the well-being of the local population.

- Thank you for the conversation!