Ashley Lanina is an American writer and author of the books, dedicated to children. She prefer to write the books for the children about hilarious, imaginative things, because otherwise she couldn`t pursue that job. She was born and raised in a small town in western part of the United States of America, came to Kazakhstan at the age of 20, and had lived in Atyrau region for about six years. Encountering diversity in customs, she admired her skills to write the creations in creative way. While she was living in Kazakhstan, she wrote and completed her first book, “On a Train in Kazakhstan”, and after that published another book as well. After relocating to America with her two daughters, she started writing the books about children's creativity and art. For today's article, we decided to interview Ashley Lanina, who writes stories related to fiction literature and recently released a book about the adventures of a Kazakh girl. 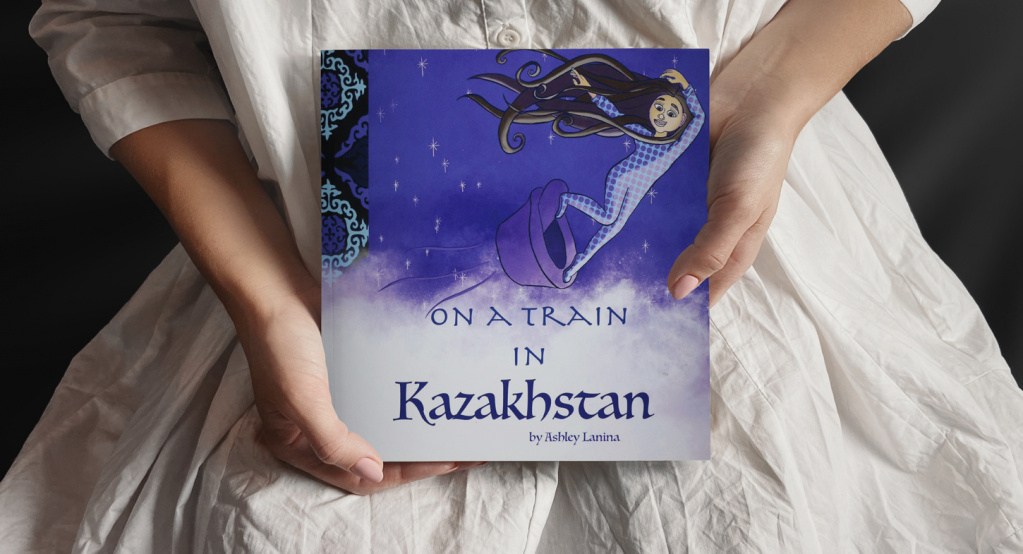 How did you get the idea to write a book about Kazakhstan?

– “Shortly after I got married in 2011, I decided to move to Kazakhstan. I married a Russian guy who was born and raised in Atyrau city. Since his work and birthplace has been here, I shifted to Atyrau as well. Kazakhstan has become my second home, but I always miss my family in New York. Even though I was emotionally exhausted in your country”, – said Ashley Lanina.

This chapter of her life motivated and inspired her to concentrate and spend her time in Kazakhstan more usefully in order to create something valuable. Ashley was a simple woman with two daughters. So, she started writing her first book for the children. Therefore, she learned the necessity of nurturing and enriching the culture of Kazakhstan throughout her story. Based on her previous experience, it was simply a learning opportunity for her. In this regard, Kazakhstani culture has evolved into an ideal environment for intriguing and daring creations. 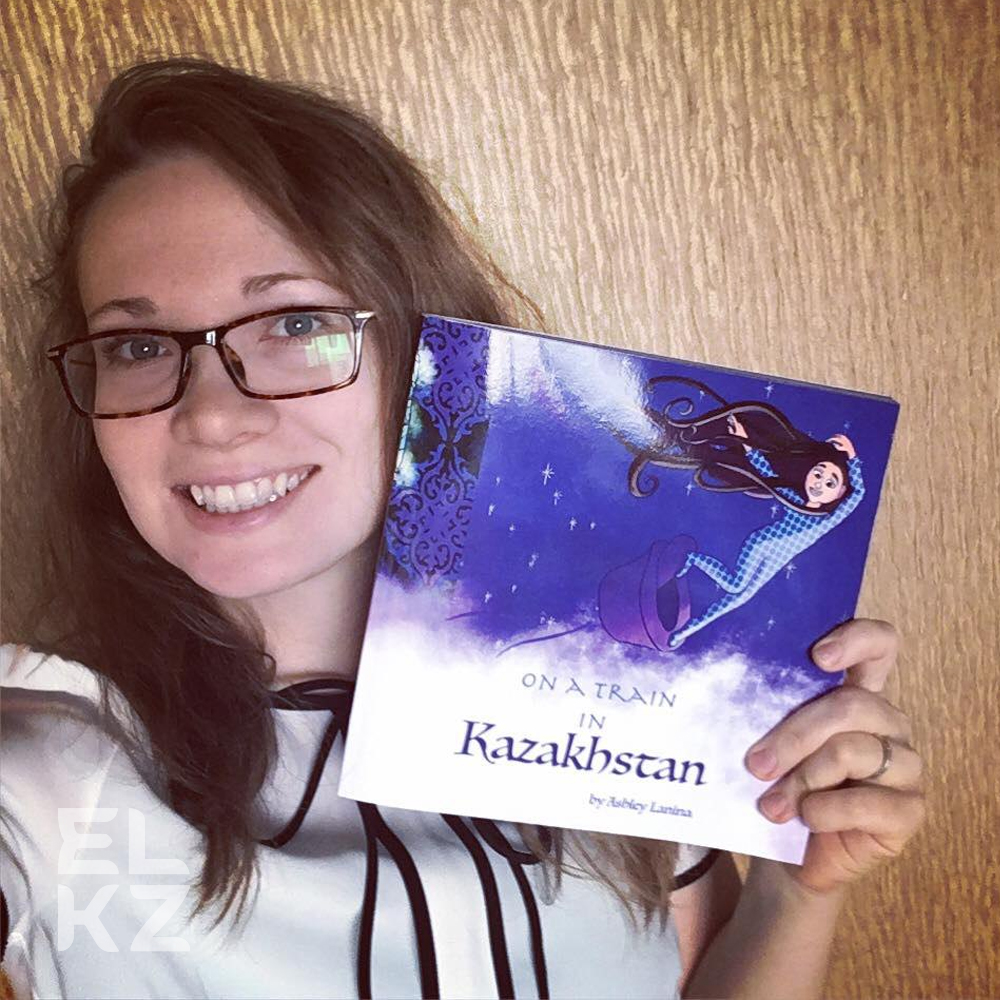 In one of your posts, you mentioned that “Kazakh people treat me well”. In general, what is your impression of Kazakhstan?

– “The reason why I am writing this is that I have always met bright people. My local Kazakh friends always invited me to traditional family gatherings and holidays. I don't remember the exact number of weddings I attended. People were quite curious about the story of Gulmira and politely told her about its cultural shortcomings. When a problem arose, my friends and acquaintances helped me solve it. All I can say is that I am very grateful to them, and I always say thank you to them”, – said Ashley Lanina.

Ashley is fluent in English and does not know many Kazakh words. Her Russian is not good either. Anyway, it is enough to pick up what she needs from the store and explain to the taxi driver where to go. While she had been living in Atyrau, people wanted to practice English with Ashley to learn the language. Therefore, she could communicate with the local people in English.

– “When my daughter went to school in Atyrau, she used to dance in Kazakh clothes. I like the Kazakh national outfits and costumes. There are many things I like about American schools. However, my daughters still complain that American schools do not provide normal food like they do in Kazakhstan. The people of Kazakhstan eat healthy dishes, and that has had a positive effect on our lifestyle”, – noted the American illustrator.

What can you say about the book “On a Train in Kazakhstan”? Who are the main characters?

– “I can talk about Kazakhstan from morning till night, but my family may not understand me. As a result, I decided to illustrate the Kazakh national costumes, steppe, animals, yurt, and other things in my book”, – said Ashley Lanina. 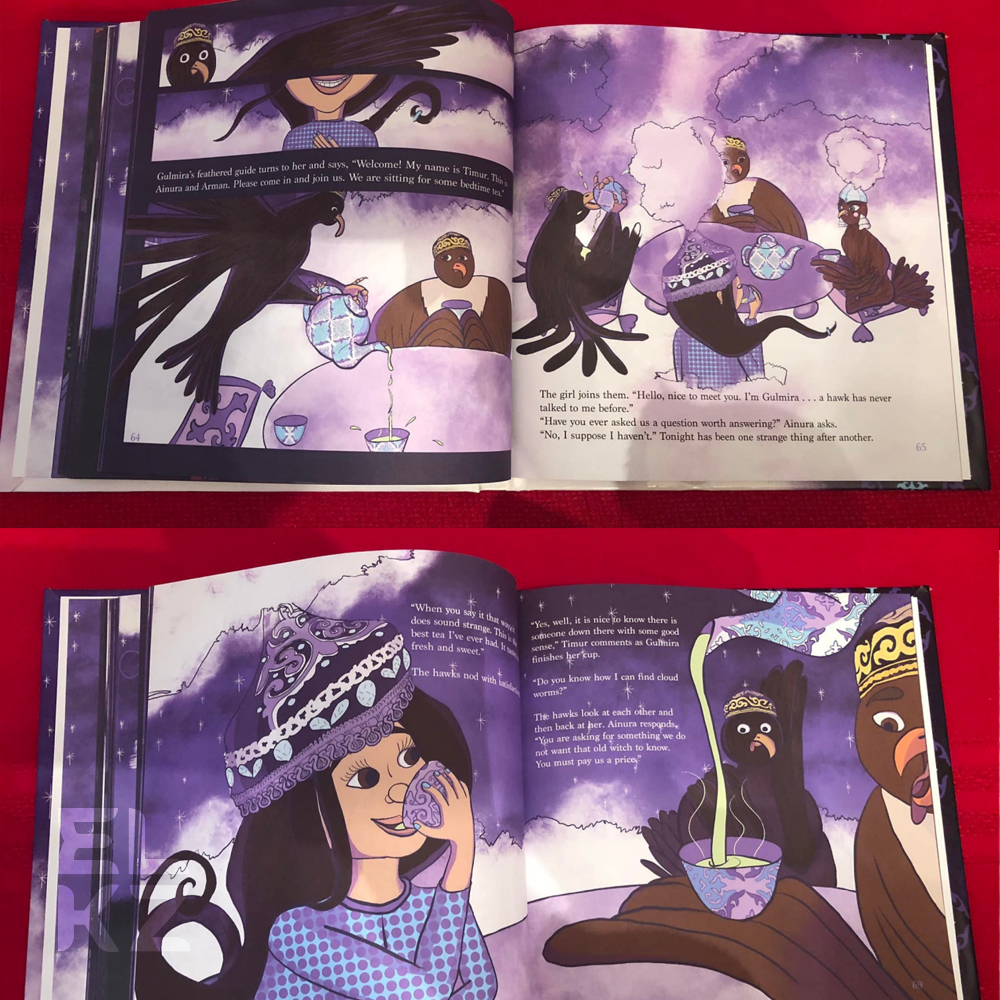 An American writer was able to create the plot of the story as he desired, showing the facts about Kazakhstan visually. She also tried to convey her expressions in simple words, albeit a classic quest-adventure. Ashley chose a smart Kazakh girl as the main character. Due to the spread of Russian culture in Kazakhstan, there is a famous Russian copper in the story. Besides that, she added the unknown local animals. According to the plot of the adventure, a girl named Gulmira travels through the clouds of Kazakhstan by train. The writer also remembers that the illustrator added a lot of new stuff.

According to Ashley Lanina, when you read the story again, the writer remembers everything she hidden from the reader.

– “I am very glad that my three years of work have been presented to the audience. I would like to thank everyone in my family for living in another part of the world for six years, as well as for bringing this creation to my homeland”, – the American writer added.

What is the American illustrator doing now?

– “Now I live close to my family. There is a big family in America. We celebrate birthdays and holidays together. I am happy to be the mother of two smart and intelligent girls. Currently, I am repairing my new house. People in my hometown may not understand how my life has changed and shaped me into the person I am today. Living in another country for six years and being in a Russian family for ten years will definitely change your way of living and thinking”, – claimed Ashley Lanina.

Getting acquainted with many cultures allows you to take what you like from that culture and highlight what you don't like as well. Nowadays, Ashley Lanina is one of the cleverest and healthiest people around her. She does not step on the threshold when entering the door. She also knows how to make tea. Other than this, she likes to serve those who sit at the table. In addition, when she entered someone's house, she used to take off her shoes.

– “My acquaintances in America may not notice it, but I will consider it by myself and I will straightly do it”, – added the American writer.

In accordance with Ashley, the adventures in the fiction book have a positive and beneficial effect on people because they make people more conscious and curious. When Ashley wrote an adventure about an intelligent Kazakh girl, an American writer traveled with her while describing the whole story. According to the author, everyone who reads the book should have a good understanding of fiction and derive benefits from it.

What impact did the global pandemic have on the writers?

As many people can understand, not all the storytellers and authors in the world can have a creative life because most of them are workers who support their families by having small and medium-sized businesses. Furthermore, many writers go elsewhere or overseas not only for tourist purposes but also to find the characters they need for their creations and works. However, the trips to foreign countries were stopped in 2020 due to the global pandemic. Basically, if all aspects of life are limited, then literary and artistic projects are restricted too. Many people think that creative people are used to loneliness. According to the American writer, it is considered wrong to contemplate in this way.

– “The global pandemic has not been easy for anyone. I was happy to be a single mother, because it gave me calmness in the real world. However, raising my two young daughters alone is quite expensive. One of my daughters was quarantined at home twice in ten days. If she had any symptoms, she was not able to enter the school. As an author and artist, I used to work from home, but I still have to save time. It's hard to concentrate when the kids are staying at home”, – noted the American writer.

Why do you think Kazakhstanis should buy the book “On a Train in Kazakhstan”?

–  “If people buy my book, I will receive a commission. I can identify a “Baby book” in my work “On a Train in Kazakhstan”. A fee from the sale of books is like a gift from my main character, Gulmira. According to the plot of my story, every time Gulmira pays the bill, I feel like my Kazakh girl is helping me. I dream that someday she will send a lot of money to my bank account to pamper my daughters and myself and invest in interesting things. It seems so. But now our lives directly depend on the circumstances, and I appreciate the main figure in the book, even if the fee is quite low”, – said Ashley Lanina. 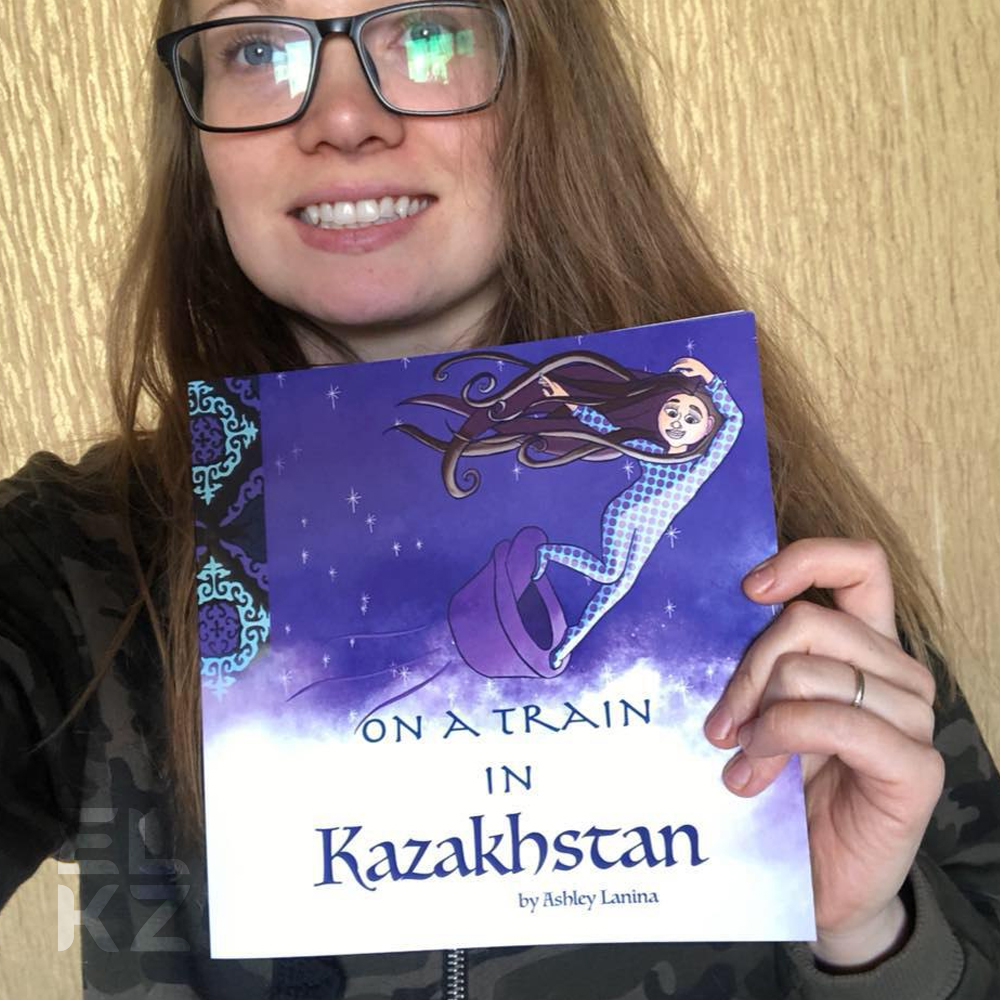 When the author's first book was published, the author thought that everyone should be able to find an inspiring and enlightening project.

Have you published any other books? How can readers get access to the books?

– “After moving to my home in New York, I published a picture book dedicated to my children, called "The Great Booger Debate". The whole character is an illustration of me and my sisters' children. Then, I published a coloring book I had made with an influencer staying in a nearby town. I turned 32 tic-tok videos into coloured pictures. Chaz Bruce has 5.5 million subscribers. The most interesting thing for me is whether the story about Gulmira earns more than my third book. I imagine that my "Baby books" will compete with each other for more sales. At present, three of my books are available on the websites of bookstores in America and Europe”, – added the American writer. 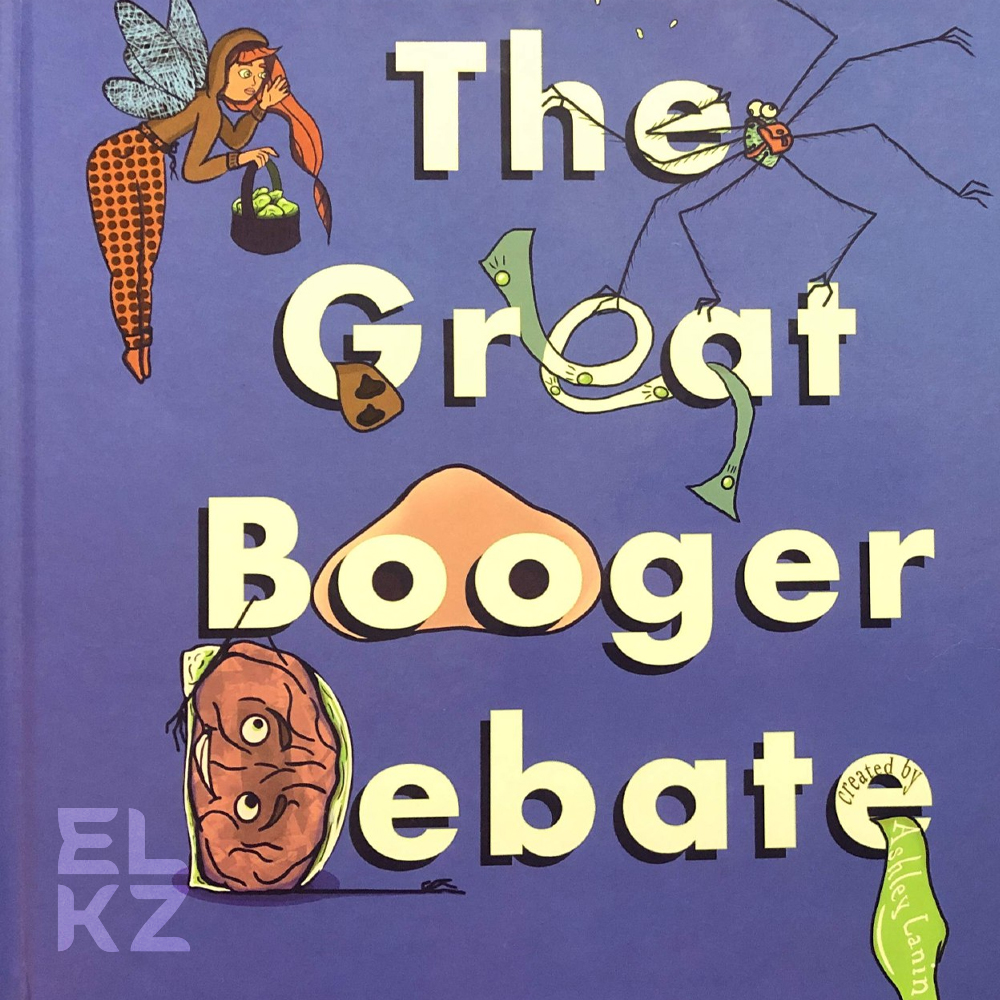 One of the most significant things is that Ashley Lanina wants to find a publisher to publish her book “On a Train in Kazakhstan” in our country. The purchase of books in Kazakhstan is a bit unfavorable, so it is necessary to consider the necessity of addressing this issue. An American illustrator wants to find both a publisher and a manager to translate and sell the book in Kazakhstan. She is also grateful and happy to cooperate with major distributors such as “Amazon”, but she is also involved in supporting small businesses in her country, where the idea for the book was born. That is why small businesses with a high share of female employees are preferred nowadays.

According to the opinions of many readers, this book has amazing illustrations, it is published greatly and provided for the children who want to learn reading. The images are presented enough to hold the attention of older children. It also encourages kids to explore other significant things and customs as it was imagined and captured in Kazakhstan. In conclusion, this story is very cognitive and gives cultural insight as it moves along. The artwork was wonderful and supplemented the story perfectly. Eventually, this is a great book for a child who is ready to take on a bit more substance while reading. The story encourages you to observe some new words and new traditions. The graphics are planned and executed very well. It also has a traditional story flow that children can easily grasp and understand.

(The pictures were taken from the personal archive of the writer)

Living in Peace and Harmony

The writer who gave the Kazakhs their historical name