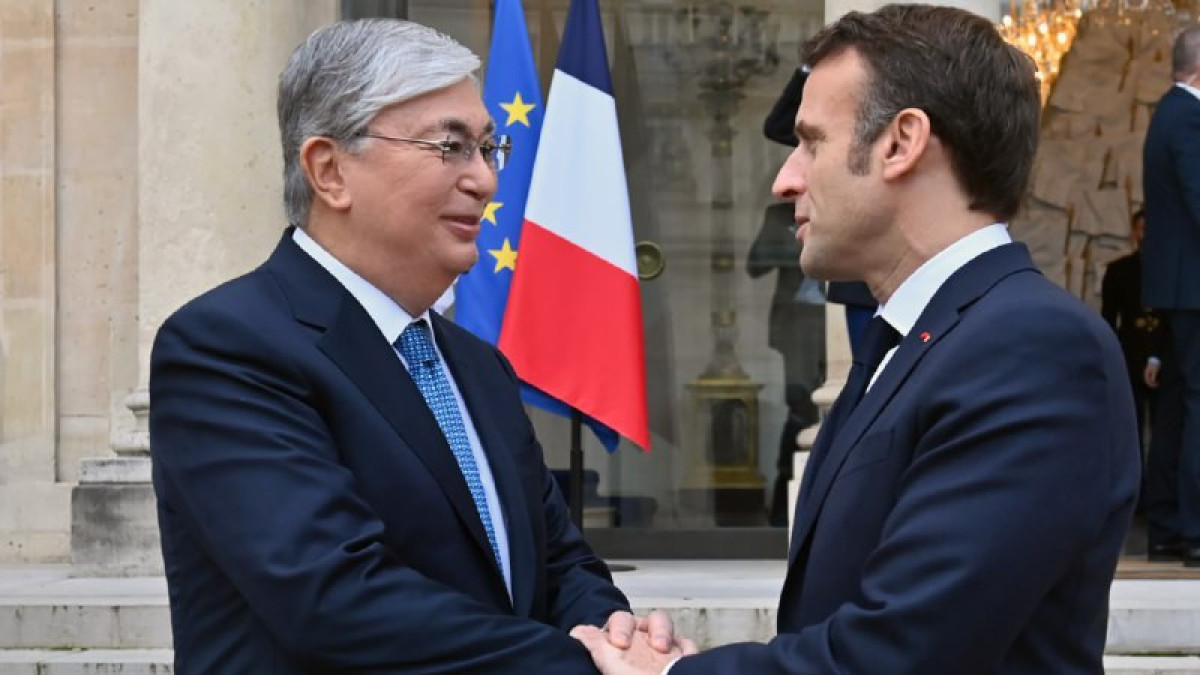 President of Kazakhstan Kassym-Jomart Tokayev, who arrived in Paris for an official visit, held talks with President of France Emmanuel Macron, the Akorda press service reports.

During the meeting, the Head of State thanked Emmanuel Macron for an invitation to visit France and warm congratulations on his re-election as the President of Kazakhstan.

The President said it is a great opportunity to strengthen strategic partnerships between the two nations and embark on a brand new level.

Starting from 2005 France ranks among the five largest foreign investors in Kazakhstan. For the past nine months, the sales reached USD 2.5 bln. 90% of France's trade with Central Asia accounts for Kazakhstan. The nations jointly develop efficient projects in energy, mining, and light industries, construction aerospace, machine building, and healthcare and food industries.

There are over 170 French companies and joint enterprises present in Kazakhstan, such as Total Energies, Air Liquide, Airbus, Alstom, Orano, and Danone.

Last year Kazakhstan and France approved the roadmap for trade and economic, investment cooperation until 2030.

In conclusion, the Head of State invited the President of France to visit Kazakhstan.

Subscribe to our Telegram channel and be the first to know the news!
Next news
Ambassador of Sweden awarded with order of Dostyk of Second Degree
Photo day
Kazakhstan and Slovakia interested in expanding trade and economic cooperation