Ambassador of Sweden awarded with order of Dostyk of Second Degree 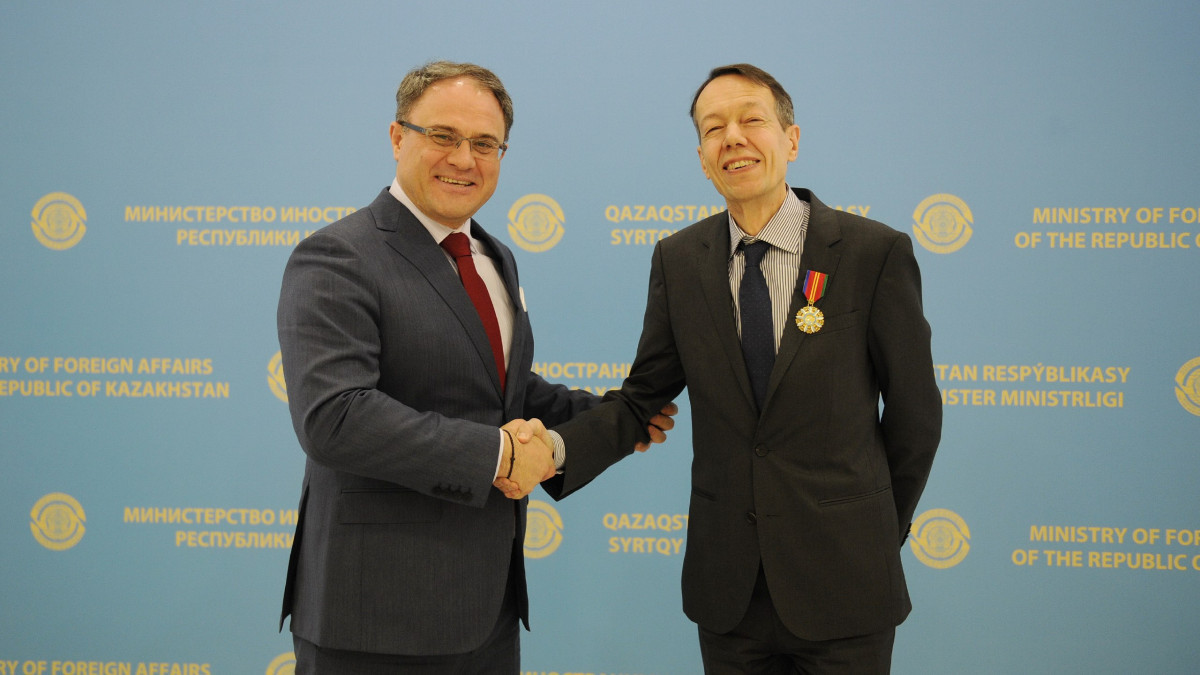 Deputy Minister of Foreign Affairs of the Republic of Kazakhstan Roman Vassilenko met with Ambassador of the Kingdom of Sweden Mats Foyer on the occasion of the conclusion of his diplomatic mission in our country, El.kz cites MFA.

Vassilenko expressed gratitude to the Swedish diplomat for the active efforts to deepen further Kazakh-Swedish relations during his posting in Astana and, upon instructions and in accordance with the Decree of President of Kazakhstan
Kassym-Jomart Tokayev, presented the Ambassador with the high award – the Order of Dostyk (Friendship) of Second Degree.

The Deputy Minister noted Ambassador Foyer’s important contribution to broadening and strengthening political, trade and economic cooperation between Astana and Stockholm as well as enhancing people-to-people ties. The Ambassador also made concerted efforts to establish exchange of experience and knowledge between Kazakh and Swedish experts in the sphere of ecology.

Ambassador Foyer expressed sincere gratitude to the President of the Republic of Kazakhstan for the high appraisal of his work, stressing that he will always keep kind memories of hospitality and friendship of the people of Kazakhstan shown to him throughout the five years of his posting in our country.

According to the Swedish diplomat, the importance of further strengthening the cooperation between our countries in the area of sustainable and environmentally responsible economic growth is ever increasing in the modern world subject to global warming.

Subscribe to our Telegram channel and be the first to know the news!
Next news
Kassym-Jomart Tokayev arrives at Élysée Palace
Photo day
Kazakh PM orders accelerated construction of new Shymkent airport terminal

Ambassador of Kazakhstan presents letters of credence to President of Bulgaria

Ambassador of Kazakhstan presents credentials to President of Georgia