ZHANSEIT TUIMEBAYEV: GIVING THE NAME OF THE FIRST PRESIDENT TO CAPITAL IS RECOGNITION OF THE OUTSTANDING ACHIEVEMENTS OF YELBASSY

Deputy Chairman of the Assembly of people of Kazakhstan, Head of APK’s Secretariat of Executive Office of the President of the Republic of Kazakhstan Zhanseit Tuimebayev met with the Assembly's assets in support of the renaming the capital in the Palace of Peace and Reconciliation of Nur-Sultan. 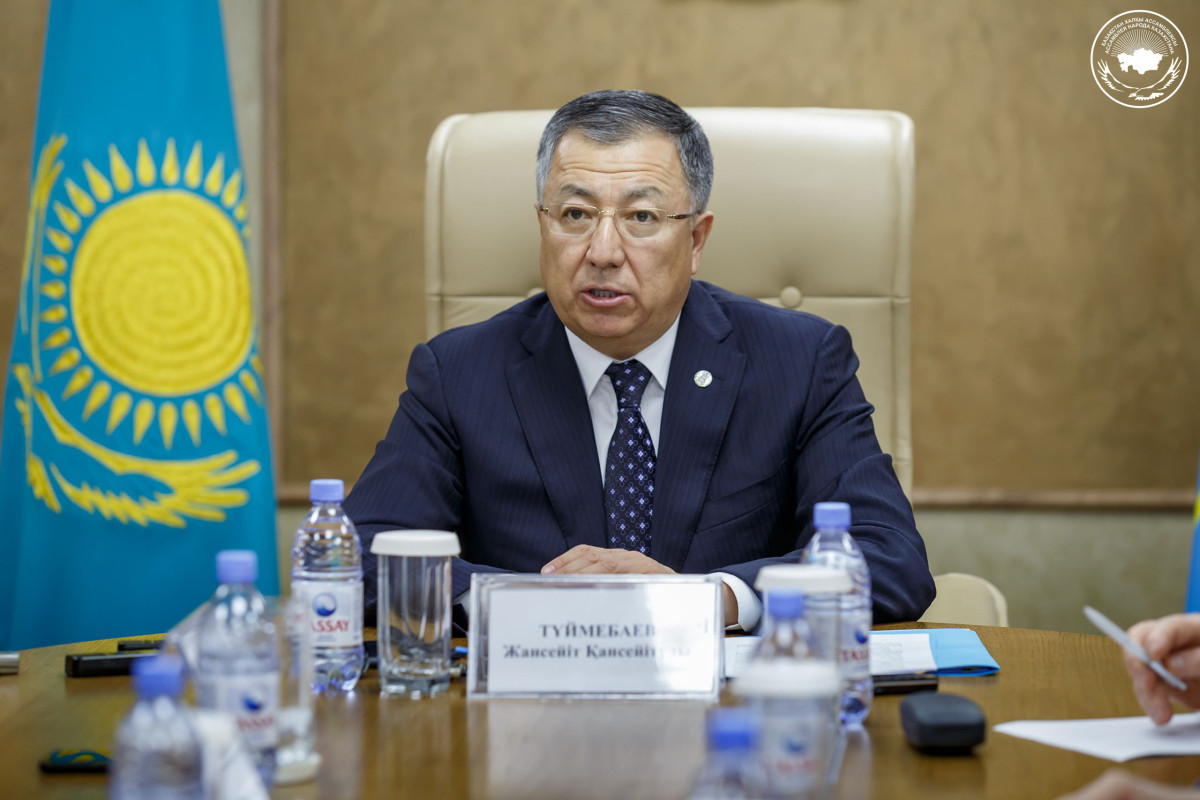 In his speech the deputy head of APK noted that the beginning of the Lunar New Year came to Kazakhstan with great changes and news. He emphasized that giving the name of the First President of Kazakhstan to the capital is a recognition of the outstanding merits of Yelbassy in building an independent Kazakhstan, and we are all "witnesses of the era of historical changes".

"Yelbassy has opened a new page in the history of the country. Assigning the name of the First President of Kazakhstan to the capital will be a landmark signal to the world. A signal about the invariability and continuity of Nursultan Nazarbayev's course in the development of Kazakhstan as a sovereign democratic, legal and social state. Thanks to his political leadership and steady political will, Yelbassy has set high moral standards in international relations. He deserves deep respect and gratitude from the international community for his contribution to the development of a peaceful multi-vector foreign policy of our country," said Zhanseit Tuimebayev.

Historical merits of Nursultan Nazarbayev, as emphasized by the Deputy Chairman of APK, should become an example for all future generations of the Great Steppe country.

He emphasized his role in the formation of modern Kazakhstan, his merits in overcoming the difficulties of the transition period and the creation of a new capital, which became an impetus for the prosperous development of the country. "This is an example of selfless service to the people and devotion to the ideals of freedom and independence," said Deputy Head of the Assembly.

Zhanseit Tuimebayev added that the name of the capital named after the First President is our civic duty, and we must do everything to ensure that the capital remains a symbol of unity, peace and prosperity.

Merits of Elbasy in the development of the country and the capital of Kazakhstan especially noted and participants of the meeting in the person of representatives of the Association of Departments of ANC, ethno-cultural associations, scientific and expert council, councils of public consent and mothers, as well as the republican youth movement "Жаңғыру Zholy".

At the end of the meeting the appeal of Assembly of the people of Kazakhstan in support of renaming of the capital was accepted and read out.