‘Sacred land of Kazakhs’ festival is held in Astana

Palace of Peace and Reconciliation hosted International festival of arts "Sacred land of Kazakhs" with participation of compatriots living abroad.  The event was organized by Ministry of Social Development of Kazakhstan together with 'Otandastar kory' non-profit joint stock company and World Association of Kazakhs.

In addition to Kazakhstan citizens from all regions of the country, more than 50 of our compatriots from near and far abroad, such as France, China, Russia, Mongolia, Turkey took part in the festival 'Sacred land of Kazakhs'. 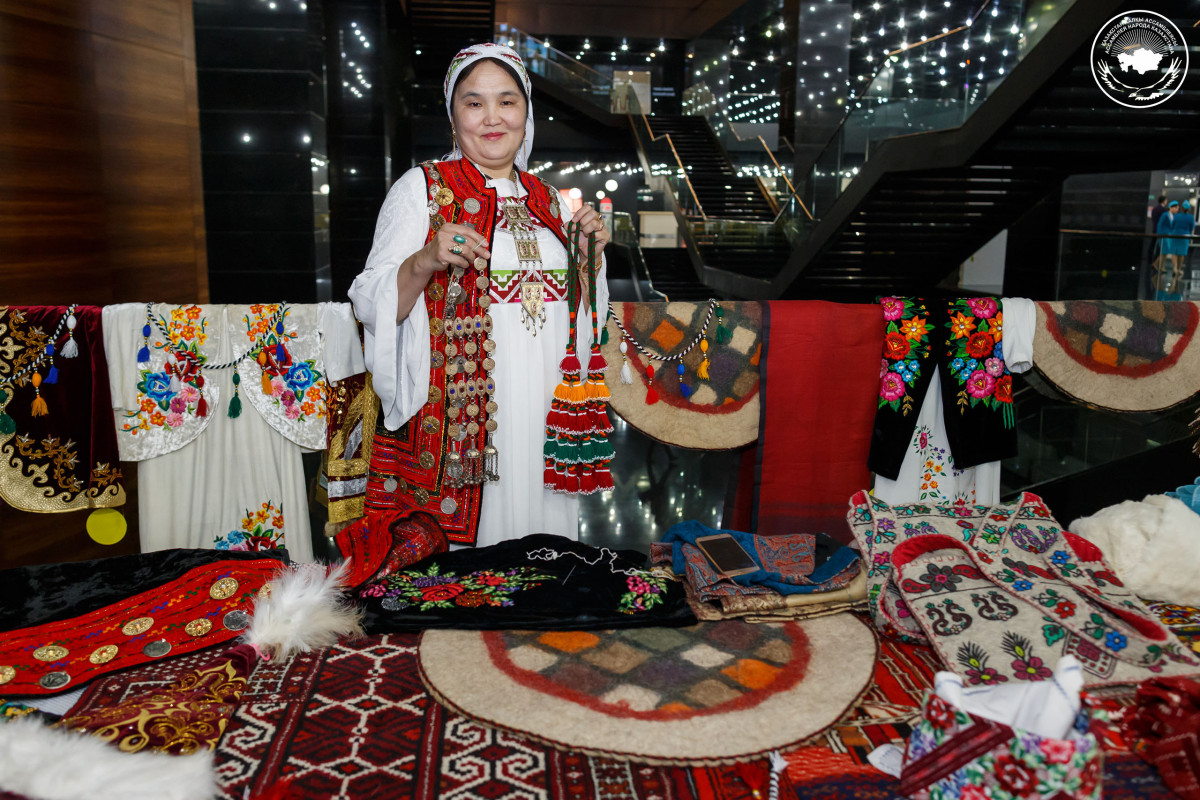 The competition was organized within the festival in three categories: mushayra, terme and folk art. The purpose of the festival of arts is to increase the creative and educational potential of compatriots, to discuss important issues, to provide methodological and organizational support to Kazakh community in the study of the native language and cultural values, to identify and support talented performers, to promote musical culture and art that meet the traditions of solidarity and consent, mutual enrichment of national arts, to educate the younger generation in the spirit of tolerance and friendship, to form an understanding of common historical destinies and interests.

Khadisha Abdibekova, Deputy head of 'Association of Kazakhs of Kyrgyzstan' has been engaged in patchwork. She noted that ‘kurak’ of Kazakhs differs from other nationalities with its bright style. 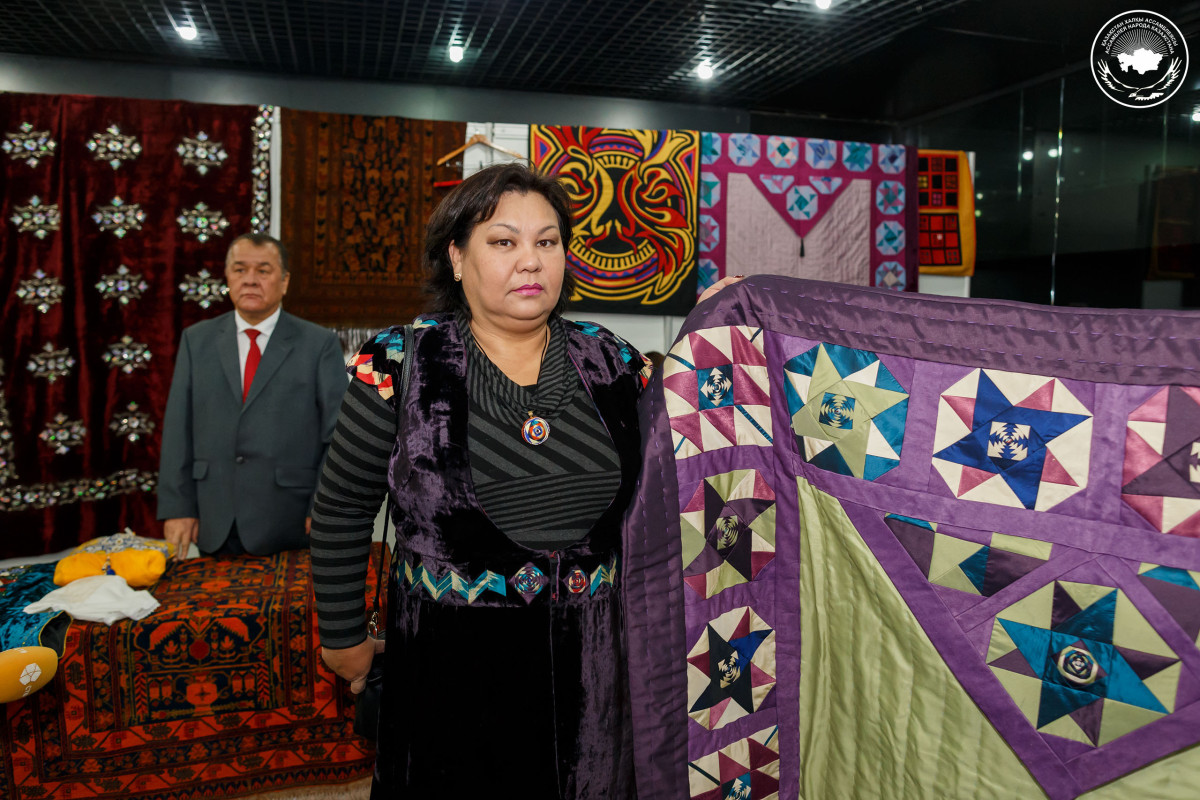 ‘We came to the festival on behalf of Association of Kazakhs of Kyrgyzstan, we participate in three categories. We brought kurak – patchwork to the festival. Each piece of fabric represents the tradition of Kazakh people. Our works are often exhibited outside Kazakhstan, we are invited to exhibitions in Russia, in Turkey'.

Kh. Abdibekova said that she gets great pleasure from sewing, she does it at every opportunity, whether at home, at work or on the Issyk-Kul shore.

‘We are grateful to World Association of Kazakhs for such an event, thanks to such exhibitions we become familiar with the traditions. Hand made is such a serious and deep topic, where the history, traditions and cultures of each country can be traced. I want it to multiply and find its further continuation', – Deputy Head of Association of Kazakhs of Kyrgyzstan said.

‘From 37 countries around the world, 37 of our compatriots have come to show their art. Yesterday some issues were discussed and many recommendations were listened during the round table’, – Zautbek Turissbekov, first Deputy Chairman of World Association of Kazakhs started his welcoming speech. 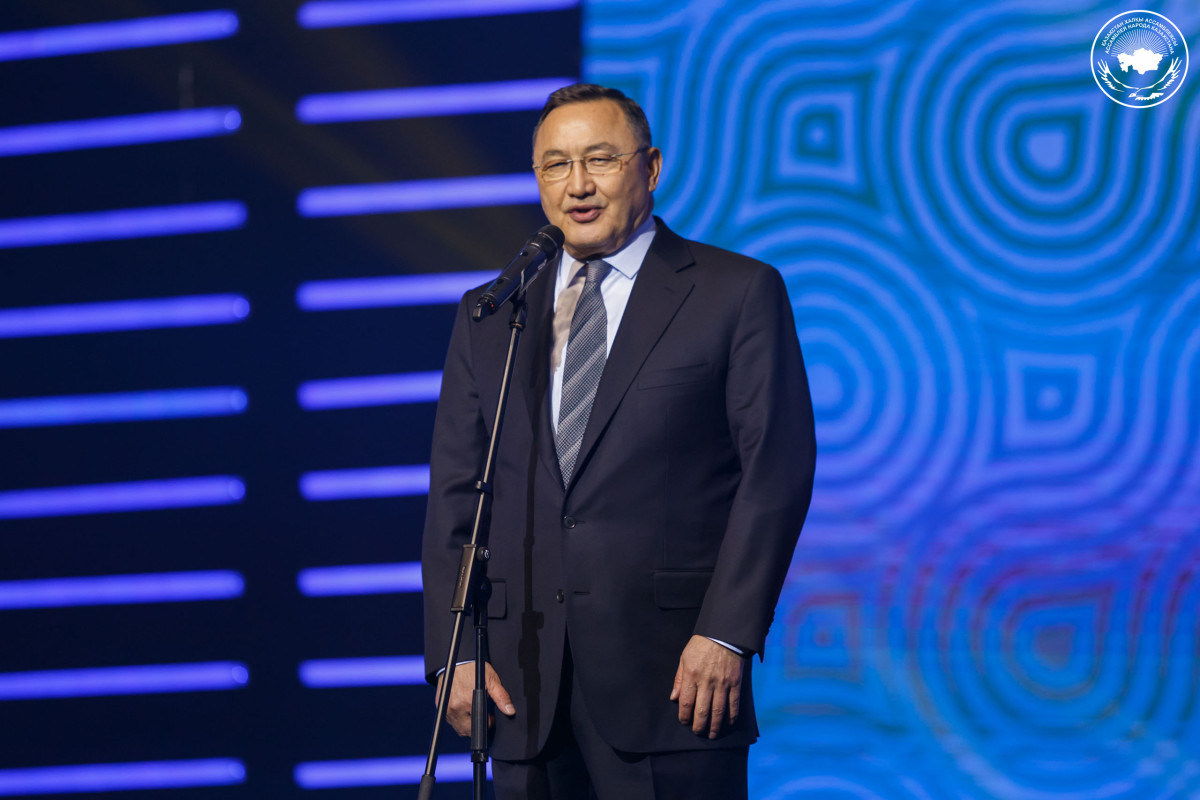 ‘President of Kazakhstan Nursultan Nazarbayev has ordered to form the fund to support the citizens abroad. The same fund was organized and its chairman Nurtai Abykayev was appointed. Members of 'Otandastar' fund made a great contribution to holding today's festival. On the President's order, we are hosting the first Festival and hope that this event will continue. We need to continue this handmade art, the art of Kazakhs abroad who are involved in it, because it is our tradition',– Z. Turissbekov said. As part of the festival of arts, World Association of Kazakhs organized a round table on the theme 'Sacred land of Kazakhs' with participation of compatriots living abroad, as well as deputies, representatives of state bodies and intellectuals. Film presentation from the cycle 'Alystagy agaiyn’ was held on the event.

More than 5 million ethnic Kazakhs now live in 43 countries of the world, most of whom live in the countries bordering Kazakhstan: Uzbekistan, China, Russia, Turkmenistan, Mongolia and Kyrgyzstan. Ethnic Kazakhs also live in Turkey, Tajikistan, Iran, Afghanistan and Western Europe. Kazakhs living abroad are an integral part of the Kazakh nation, speak their native language, preserve national traditions and customs, consider Kazakhstan a historical homeland. In some countries, representatives of Kazakh community have opportunity to study in their native language, to develop national culture and traditions, which allows to preserve the wealth of Kazakh culture, literature and art abroad.

International festival of arts 'Sacred land of the Kazakhs' is organized in the framework of programme article of Head of State N.A. Nazarbayev 'Course towards the future: modernization of public consciousness'.