Non-professional mediators were trained in the skills of out-of-court dispute resolution in a multi-ethnic environment at the Regional House of Friendship in Kostanay.

The seminar with the participation of experienced speakers gathered about 30 representatives of mediation centers from all over the region and law students. The participants were addressed by Alua Rakisheva, an invited professional mediator, the chairman of the Union of Mediators of West Kazakhstan region, and the president of the Public Foundation "Association of Mediators of Kostanay Region". Sergey Bogatyrev. 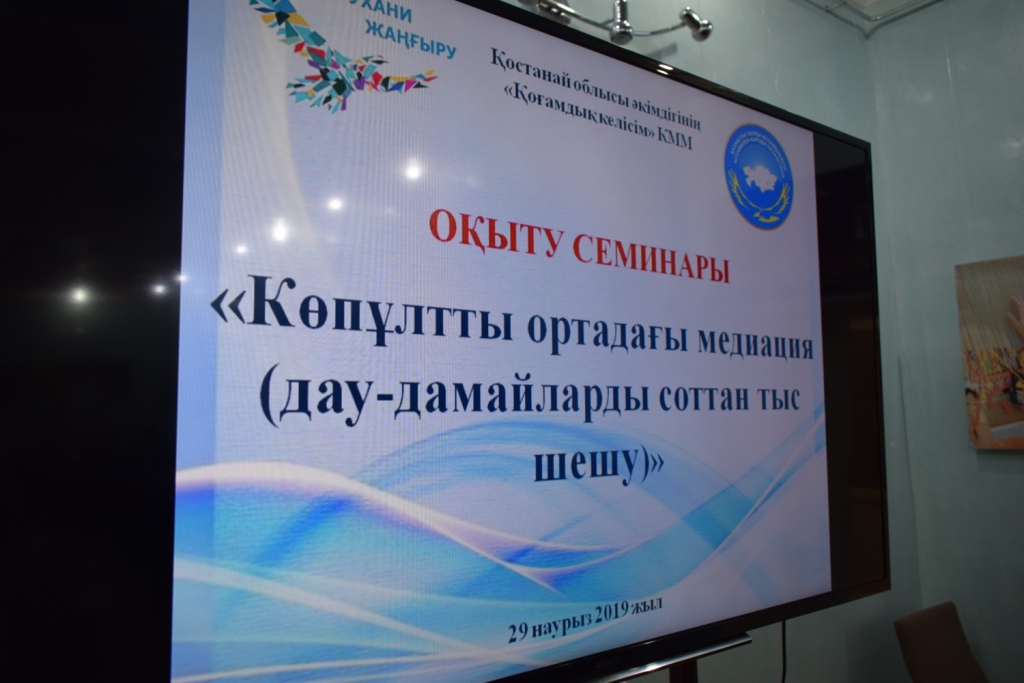 "The Assembly of People of Kazakhstan has placed intercultural and interethnic media under its aegis. This aspect is given a lot of attention and this seminar, held on the basis of the House of Friendship, is another proof of this. Unfortunately, the register of non-professional media professionals is maintained by the executive authorities. While professional mediators are registered in the register and can be viewed and studied, the register of non-professionals is often not available for work. They are simply not published anywhere. Although there are regions where these registers are available: the city of Lisakovsk, Denisovsky district. And I can say that positive progress in this area was largely due to our organization. We travel around the regions, visit every rural district of the district, talk about mediation, and train those who were nominated for this position in public councils. In 2018, we worked in Altynsarinsky and Kostanay districts, where we trained and entered 58 non-professional mediators into the register," says Sergei Bogatyrev. 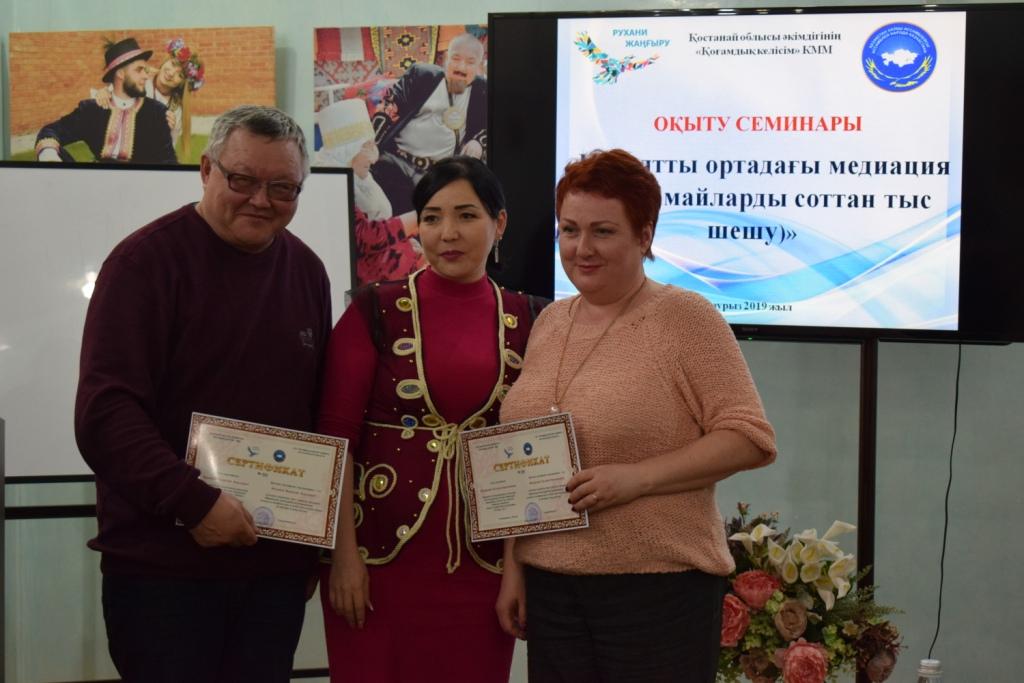 Alua Rakisheva, a specialist from West Kazakhstan region, noted that ethnomediation has recently become available in the regions as well.

"It should be noted that APK and all its regional structures in the course of the implementation of the section "Identity of Unity" of the plan of the Nation "100 Concert Steps" are assigned the primary role of ethnomediation, as any conflict can be colored in ethnic tones. The seminar revealed the global causes of ethnic conflicts and their origins. And we need to finally come to the conclusion that the court is a dot in the dispute and a point in the relationship, and mediation is a dot in the relationship and a point in the dispute. I hope we have taught public mediators how to work with such conflicts and be a more subtle psychologist, as interethnic relations are a very sensitive area," says Alua Rakisheva.

According to the mediator, there are questions on this topic, but despite that, according to statistics, Kazakhstan has good inter-ethnic relations. However, mediators must be proactive and prevent any domestic conflict from escalating into an ethnic one.