Assembly of people of Kazakhstan took stock of the competition in the field of ethnic journalism "Shanyrak" and mediation "Best mediator".

This year, 328 works from 103 journalists from all regions of the country were submitted to the competition. "Shanyrak" competition is aimed at promoting programs and materials in the media, revealing the essence and content of state policy in the field of interethnic relations, contributing to the development of intercultural dialogue. Deputy Chairman of the Assembly of people of Kazakhstan – Head of Secretariat Leonid Prokopenko made a welcoming speech.

He emphasized that the event is traditionally held on the eve of the Day of the First President of the Republic of Kazakhstan.

"Thanks to the policy of peace and consent of the President, which is held from the very first days of the formation of independent Kazakhstan, we live with you in peace and security. The theme of "Shanyrak" in the Kazakh philosophy includes a lot. These are peace, warmth, comfortable environment – everything that unites us and makes us a single people. It is no accident that our competition of ethnic journalism is called "Shanyrak", and every year is held on the eve of the Day of the First President. This year, the media published 8669 materials. This is huge information flow that forms our information environment, changes our consciousness and mentality. It is very important that Kazakhstan's ethnic journalism is strengthening in Kazakhstan," Leonid Prokopenko said.

He expressed gratitude to all participants promoting the ideas of peace and consent in the information space of the country, making it friendly, safe, peaceful.

This year, members of the jury, whose Chairman was a well-known publicist, Deputy of the Mazhilis, head of Deputy group of APK Sauytbek Abdrakhmanov, analyzed 328 works by 103 journalists from all regions of the country. According to the results of the competition, the best publications, audio and video files placed in print, electronic media, as well as television and radio programs, programs in the state and Russian languages were selected.

The first degree diploma in the nomination "Best article dedicated to the Kazakhstan model of public consent and national unity” was awarded to the correspondent of the Republican newspaper "Kazakhstanskaya Pravda" in Pavlodar region Ekaterina Beskorsaya.

Video of "Kazakhstan" TV Channel’s journalist in Almaty region Kuanysh Serikkanov became a winner of nomination "Best material on new activities and projects of the Assembly of people of Kazakhstan."

The work of the chief editor of "Dostyk aimagy" magazin Dmitry Poltarenko was recognized as the best article aimed at educating the younger generation in the spirit of Kazakhstan patriotism, mutual enrichment of cultures.

The first place in the nomination "Best material dedicated to the promotion and expansion of the state language" was taken by "Turkestan" international newspaper’s journalist Dinara Zheldibayeva, and in the nomination "Best material in social networks on public consent and national unity" the first place was awarded to "Davaite govorit" programme producer Aigul Mukei.

Works in social networks were also presented at the contest. Thus, as the best publication of bloggers in social networks on "My contribution to the development of independent Kazakhstan" was recognized the work of the Press-Secretary of "Kogamdyk kelisim" KSU, North Kazakhstan region Salimkhan Sabitov.

The best mediators of the country, as well as "Best mediation office" were noted at the event. The competition among public mediators is held in order to promote the development of mediation in the field of public consent and national unity. There are 674 mediation offices in the Republic under the auspices of the APK, and since the beginning of the year the mediators of the Assembly considered more than 20 thousand disputes, of which 12 thousand signed mediation agreements, and 10 thousand resolved at the consultation stage.

"We are creating new tools for the formation of our unity, including through alternative mechanisms for resolving judicial disputes. Today mediation has become one of the important activities of the Assembly of people of Kazakhstan, because this year the APK has received a powerful impetus for its development," Deputy head of the Advisory body said.

The highest award of the creative competition of ethnic journalism "Shanyrak" - Grand Prix was awarded to the writer, recognized professional – best translator of the Republic, Candidate of Philological Sciences Kamal Alpeissova.

The award ceremony was accompanied by musical performances. The most striking was the dance of the children's ensemble "Nomad", which reflected the national dances of the people of Kazakhstan, demonstrating friendship, unity, peace and consent in our country. 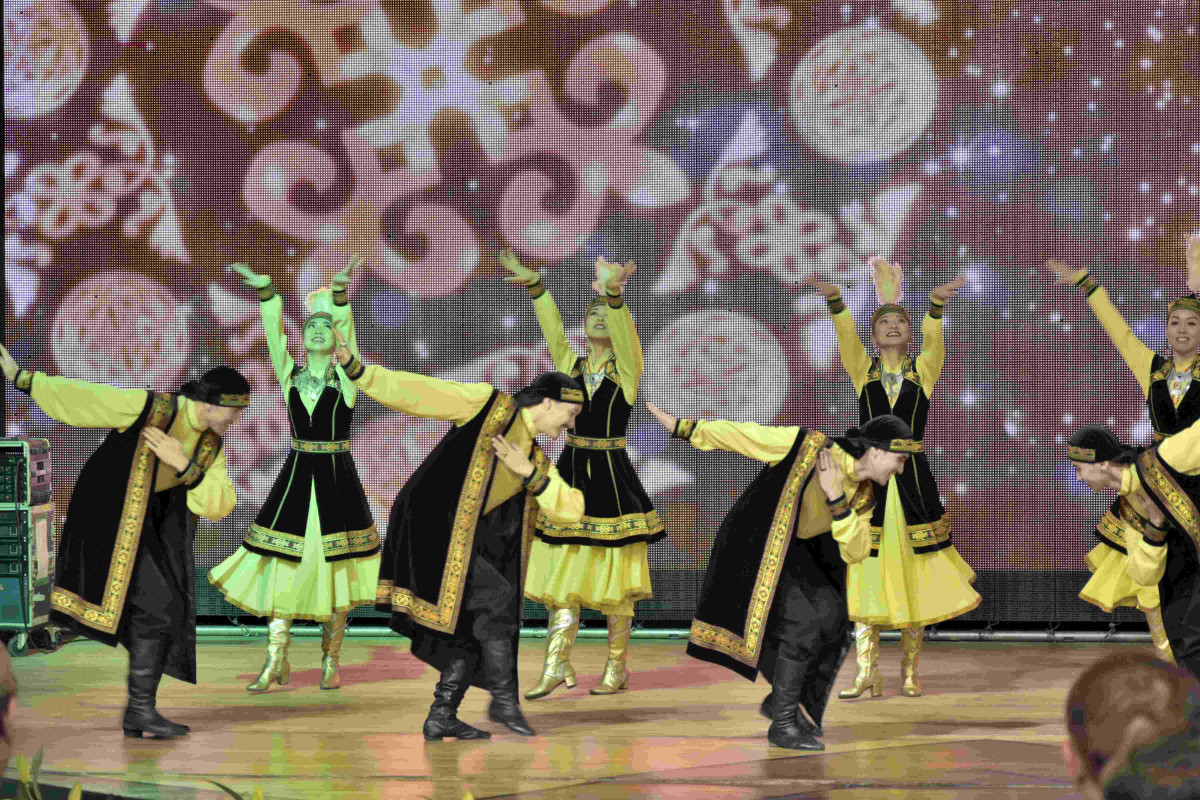 The competition is held annually in order to promote the development of national journalism by encouraging journalists who publish materials on theme of public consent and national unity.