What should be talking about, and what should remain behind the scenes

The Head of State noted the important role of the media in the formation of new Kazakhstan. He stressed that on the way of renewal and modernization, the media can and should raise pressing problems with special civil responsibility, sincerely worrying about their country and its citizens.

The Law on Mass Media imposes a special responsibility on journalists, which, according to the President, needs to be revised. However, there are also ethical principles, the violation of which does not entail criminal, administrative or other responsibility, but they must be observed both in the interests of the whole society and for the benefit of each citizen individually.

Diana Okremova, Head of the Legal Media Center Public Foundation, spoke about the main principles that press representatives should adhere to not only to avoid problems with the law, but also to preserve their business reputation. 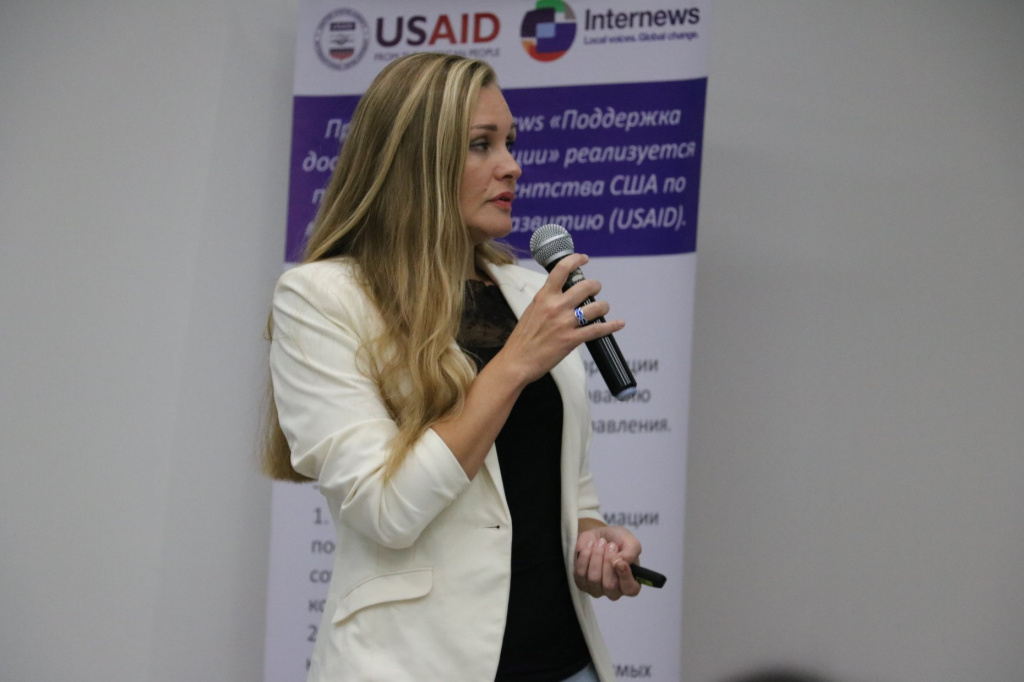 Today, many media publish news not only on their official websites, but also in social networks and on messengers, where they allow themselves more than on the official website. For example, How ethical is to take photo of injured people during the military operations when they are unlikely to see or realize that they are being filmed on a photo ?

The main principle that a journalist should guide when publishing controversial, sensitive materials is the principle of "do no harm". If the journalist understands that his material will harm the hero in the future, then it is better to abandon this. Therefore, we always recommend not publishing images of bloody bodies, people in a state of helplessness, in the nude. We understand that all this creates a click bait and attracts attention, but from the point of view of the ethics of a journalist, such moments are best avoided. Special attention is paid to children. It's even a matter of law, not ethics. The law prohibits the publication of images of children who have been abused or injured as a result of some difficult situation.

And another principle of a journalist is to think a few times before publishing. That is, it is necessary to roughly predict the possible course of events and predict how the publication may affect people, whether it is possible that after this publication something will worsen, damage will be caused and other negative consequences. If there is such a danger, it is better not to publish such materials.

Sensitive topics are national, ethnic and religious issues. Here, the journalist needs to be as careful as possible.

- What controversial points are most common in practice?

Most often, claims against journalists are related to the publication of personal data and details about people who tried to commit suicide, about the affected people. Often it is an invasion of privacy and other people's grief. I believe that when journalists start putting someone's private life on public display, it's irresponsible.

When we talk about ethics, we primarily mean the responsibility of the journalist for his publication. If a journalist does this just to collect more likes and views, but at the same time absolutely forgets about ethical standards, this indicates his irresponsibility.

As for the war, this is also a very sensitive topic. Here it is necessary to avoid phrases and words with a very strong emotional coloring, stereotypical phrases and clichés, phrases that draw some character traits and behavior. Perhaps these phrases are generally not offensive, but in a certain context they hurt someone's honor and dignity.

And if a journalist receives threats for publishing any pictures or claims, what should he do?

- Here it is necessary to take into account how legal the journalist's actions were at all. And if the journalist himself did not violate the law, and he is threatened, then you need to write a statement to the police. And if it's just a claim, he can contact us. We are resolving such issues pre-trial.

The editor of the regional website yk.kz Natalia Shimolina shared her vision of the ethical standards of the journalist in relation to the heroes of her materials and their relatives.

- Does a journalist have the moral right to disclose information about a criminal that can affect the fate of his relatives?

I believe that the concept of journalistic ethics is very unclear. There is a simple human ethic that every person should adhere to, regardless of the type of activity, including a journalist.

As for special cases, here the editorial board decides at its discretion what is ethical and what is not. Suppose the hero of the publication is a murderer or a rapist, a corrupt official. Should he also not be harmed, not to reveal the details of heinous crimes? Relatives of the criminal, of course, are hard from publicity. And close victims, on the contrary, are waiting for her. In any case, the responsibility lies with the one who committed the act, not with the one who reports it. Of course, if the journalist acts within the law.

What about the "do no harm" principle?

- How can you know in advance whether you will harm or help? The news is dispassionate. And it is unlikely that anyone consciously wants to hurt others, especially at such a price to gain popularity. Here's an example, we had an accident. A woman and a child were shot down. The child died, his mother is in the hospital with multiple fractures. The husband is heartbroken. Will it hurt them to report in the media about this case? Yes, it will not be easy for relatives to read. But if after her people collected money for a woman for operations and for the funeral of her son, since the family did not have them, is this harm or not? In such cases, I believe, it is necessary to act according to conscience.

Journalism is considered the fourth power and has a very large influence on the opinion and mood of society. But you can not consider yourself a god, the arbiter of fate.

There is a Code of Ethics for a Journalist of the Republic of Kazakhstan - a document that is much discussed, but at the same time not mandatory, it says: "The attitude to the Code is on the conscience of the journalist. Coercion to comply with or violate the Code is unacceptable." I agree with its provisions – in terms of non-proliferation of confidential information for personal purposes, differentiation of facts and opinions, making every effort to objectivity and completeness of the material, honesty, impartiality, and preventing external pressure.

The journalist makes sure that his activities do not harm the public interest" - in my opinion, these points are based on wisdom and experience. And everything looks clear and beautiful in theory. But every time you go out into the "field", you find yourself alone with many nuances and questions. And then the support in decision-making becomes one's own conscience.

Dilara Aronova has been in journalism for 12 years. For 8 years she worked in the largest and oldest newspaper of Kostanay region. She was engaged in the preparation of author's materials for various republican publications. 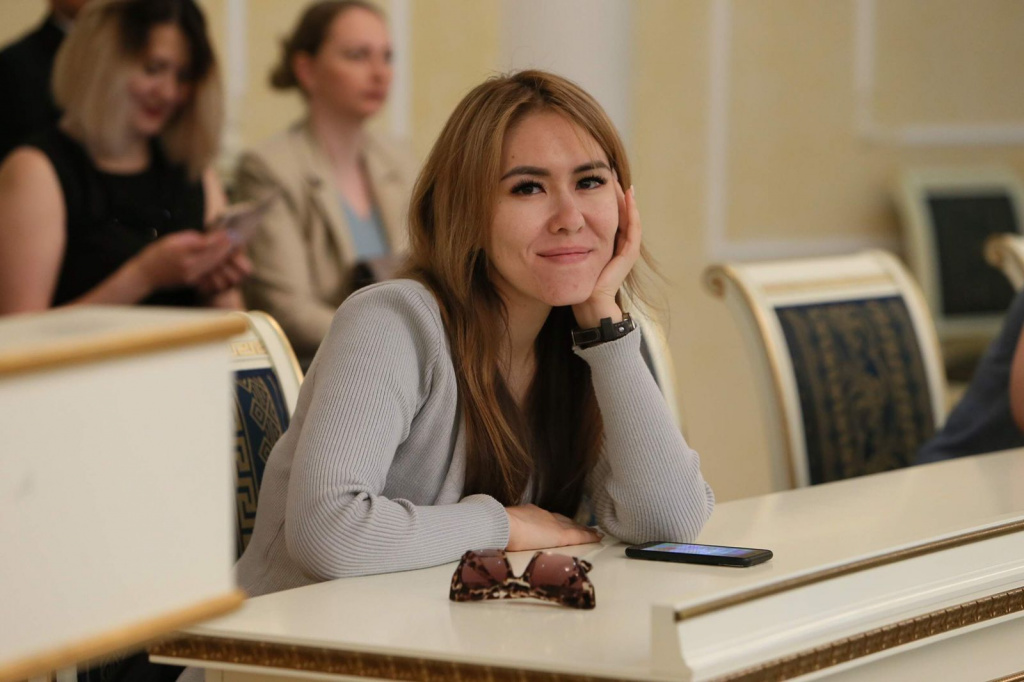 There are times when you are faced with a choice: to observe ethics or to gain more views?

For all the time of my journalistic activity, there were no cases when I was faced with a choice: somehow speculate with facts, or observe ethics, but at the same time sacrifice the interest of the material. I am guided, first of all, by the fact that the data in my material must be reliable. It is important to preserve all sources, and that all the data in the material coincide with them. But here we are talking not only about moral principles, but also about compliance with the laws. As for internal guidelines that are not regulated by legal documents, it seems to me that in Kazakhstan journalists are not very inclined to violate ethics in any way. We have a fairly small community. Everyone knows each other. If you somehow violate ethics, provide false information to readers, then everyone will know about it and you will lose your reputation.

Experts give new names to variants of monkeypox virus