The master presented the President with shoes

The number of national industry is increasing day after day in our country. Especially footwear industry is going up dramatically. Specifically, in Astana the “Arlan” workshop focusing on the production of national shoes has made about 5000 exclusive shoes in 6 years. The master Samgau Nasipkhan, who made the shoes special for the President N.A. Nazarbayev last year, is an owner of this workshop. Being demanded by consumers like celebrities and public people, this production center is going to become the footwear plant “Samgau” in future. We are presenting you the interview with the master Samgau Nasipkhan, who has been making a major contribution to the national industry. 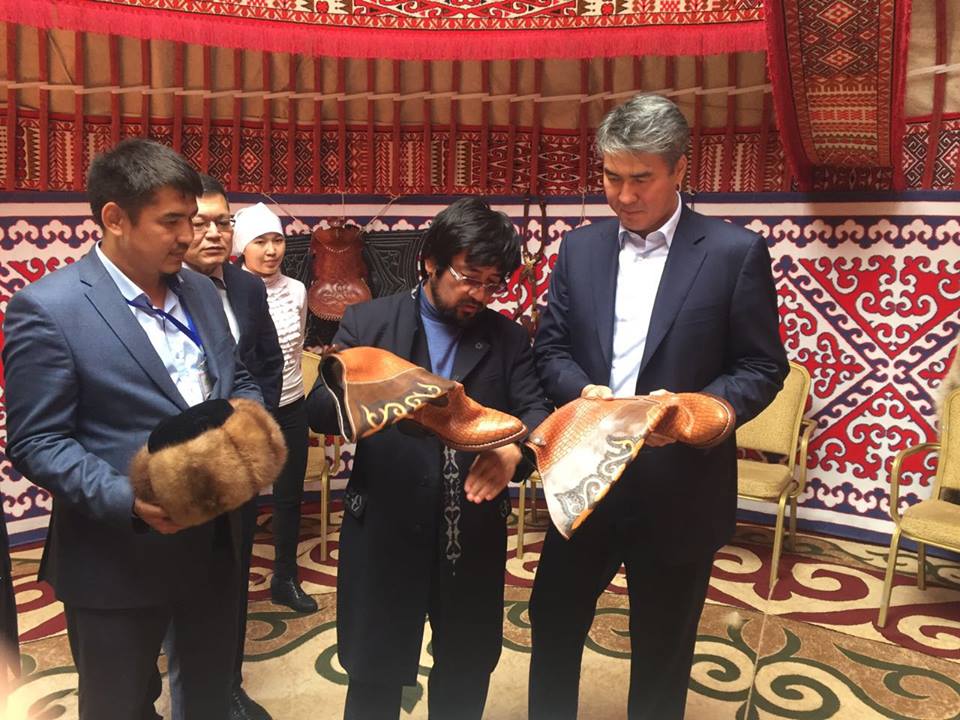 - Shoemaker is a job inherited from our ancestors. How did you come up with an idea to renew this field? Was it probably given to you by your grandfather?

My father’s relatives of his mother side were masters. And my father is a blacksmith. There is nothing he cannot do: making shoes or home repairs. Perhaps, because of growing up and seeing all these things I realized that there is nothing more important than the handicraft and decided to do this job. Therefore, we opened our small workshop in Oskemen in spite of the lack of money at the beginning of 2011. 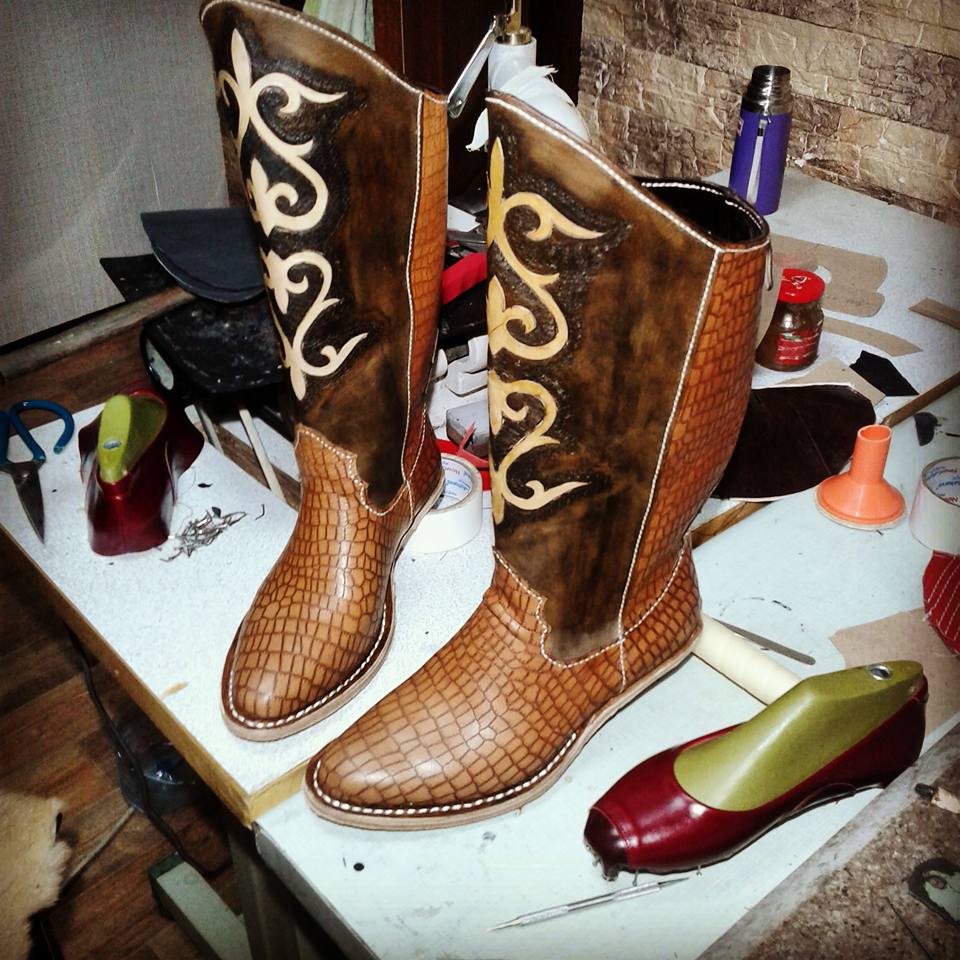 - What technique do you use in making shoes?

We are not using exactly one technique. We have been using all technology we have – sewing machines and sewing frames. We have our own model. We work mostly with our hands. Shoes are made only by genuine leather. We also create designs ourselves.

The model is made according to the order. Especially, celebrities and public people’s offers are in demand. We are trying to produce shoes according to a new trend and use national ornaments properly and not to use those ornaments used in hats and clothes. And we have shoes for men, women and children, and also orthopedic. 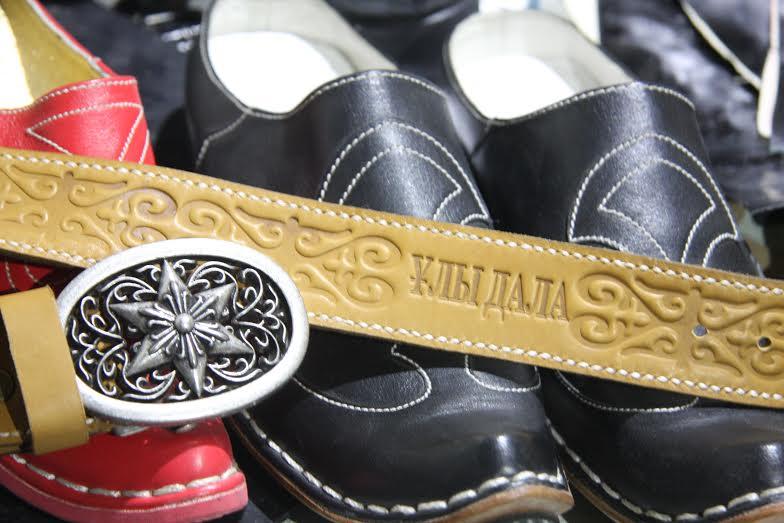 - It seems you are developing this field with your family, are not you? And how many shoemakers are working in your workshop?

Yes, it is our family business. Our workshops are located in Oskemen and Astana. There are about 10 shoemakers. We have produced approximately 5000 pairs of shoes.

- Is the younger generation interested in this job? Do you have students?

There is a little interest in our craft among the youth of today. But there are people coming from different regions to learn. Most of them are doing this job in their regions. And I would like to mention my student Beisen Dumanuly who is living and running his own business in Zharma district, East Kazakhstan. 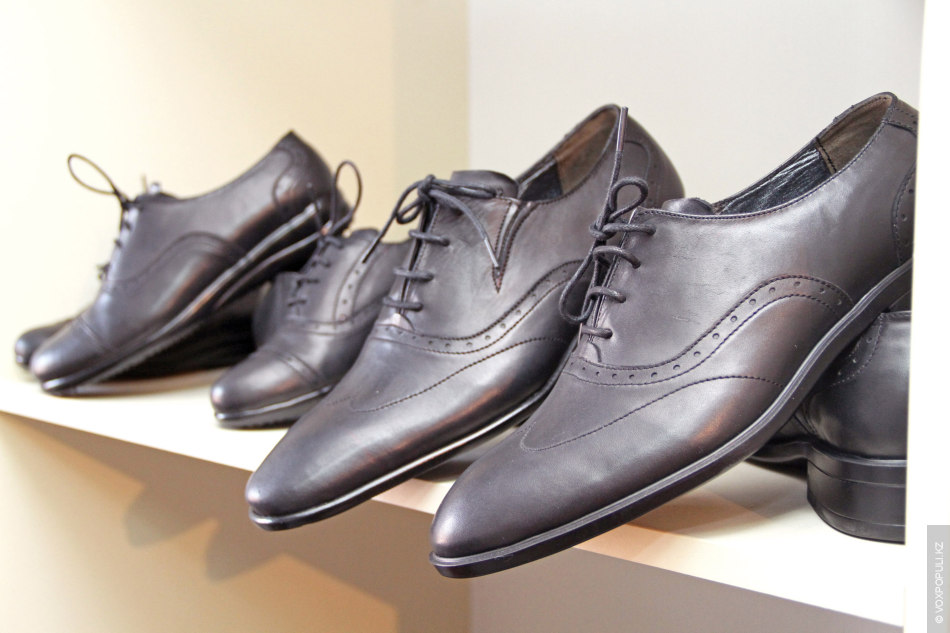 - Kazakh people say “Hard-working person is a shoemaker”. According to this saying, shoemakers need to work hard. Though, it is needed to have support to run your own business in this commercial era. What kind of help did you receive from the government?

Of course, you are right. Nobody can become a shoemaker. It is a very difficult job. We faced a lot of difficulties when we started. A public person Bekbolat Tileukhan helped us a lot. I want to thank him for supporting me as his own child. Nowadays we are constructing our workshop in Karaotkel village of Tselinograd region near Astana with the help of its akim (mayor) Ainagul Konbaikyzy.

- We heard that the pair of shoes, Dimash was wearing on China’s stage, was made by you. Did he order himself?

It was Kazakh National Art University’s special order. It is pride that our small workshop made the special pair of shoes for this talented singer and our country’s pride to perform on the international stage. Now we are making another pair of shoes for him in his demand.

- What are your plans for this year?

We are planning to finish the construction of the workshop in Karaotkel, increase our production and produce shoes for a reasonable price.

A. Muradov: Regions will work according to the concept developed by APK in the Year of Volunteer

APK of East Kazakhstan region summed up the results of 2019

Kassym-Jomart Tokayev: Semey to acquire the status of a special historical center

Congratulations on the Occasion of the Orthodox Christmas

Deputy Mayor of Kyzylorda Region: It is Necessary to Enhance APK’s Work in the Regions