Both parties highlighted the importance of deepening cooperation in the transport and logistics sector and the development of the Trans-Caspian International Transport Route (TITR).

Prospects for further strengthening of the enhanced cooperation between Kazakhstan and the EU were discussed today during Deputy Foreign Minister of Kazakhstan Roman Vassilenko’s meeting with the European Union delegation, led by the EU Special Representative for Central Asia Terhi Hakala, El.kzreports with reference to MFA KZ.

During the meeting, the parties, including the Deputy Managing Director for Russia, Eastern Partnership, Central Asia and OSCE of the European External Action Service Luc Devigne, discussed the current situation and prospects for strengthening Kazakhstan-EU cooperation, as well as further development of interregional relations under the EU strategy for Central Asia.

The parties noted the high level of interaction across the whole range of cooperation and regular contact at the highest level. In particular, the two sides have welcomed the telephone conversation between President of Kazakhstan Kassym-Jomart Tokayev and President of the European Council Charles Michel that was held on July 4, 2022. This year a number of events aimed at further strengthening the dialogue both between the Republic of Kazakhstan and the EU and between Central Asia and the EU is scheduled.

“The EU attaches particular importance to qualitative development of political, economic and regional interaction with Kazakhstan, and also expresses its strong support for the reforms launched by the President of Kazakhstan and readiness to assist in their implementation”- Amb. Hakala emphasized.

In this context, the European side has positively assessed the results of the constitutional referendum held on June 5 this year.

Both parties highlighted the importance of deepening cooperation in the transport and logistics sector and the development of the Trans-Caspian International Transport Route (TITR). The importance of ensuring energy and food security was also emphasized. 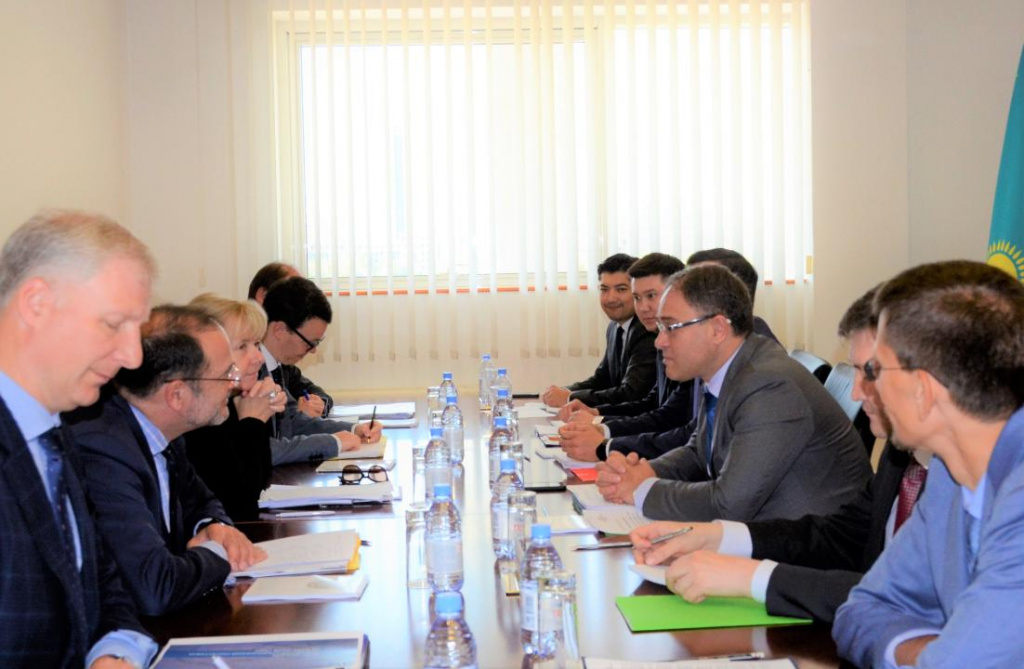 At the same time, Deputy Foreign Minister Vassilenko noted that Kazakhstan is interested in mutually beneficial cooperation with the EU in the framework of the Europe and Asia connectivity strategy and the “Global Gateway” strategy.

The legal framework for Kazakhstan-EU relations is the Enhanced Partnership and Cooperation Agreement between the Republic of Kazakhstan and the EU, which covers 29 areas of interaction. The European Union is traditionally ranked first place among the trade and investment partners of our country; trade turnover for January-May 2022 was $16.5 billion, which is 55.5% higher than that of the same period in 2021 ($10.6 billion); growth of European investments increased by 31,3% in the first quarter of 2022, and there are more than 4,000 companies with European participation operating in Kazakhstan.

In conclusion, the parties agreed to continue close cooperation for further enhancement of strategic partnership in both bilateral and interregional formats.