Within the framework of the charitable action "Caravan of Mercy" initiated by the Assembly of people of Kazakhstan (APK) in Pavlodar region, the regional APK together with members of the public association "Nur-Ana alemі" and activists of the youth movement of the region "Zhangyru zholy" visited the House of Mothers.

During this event the organizers held a colorful national ritual "Тusau kesu". 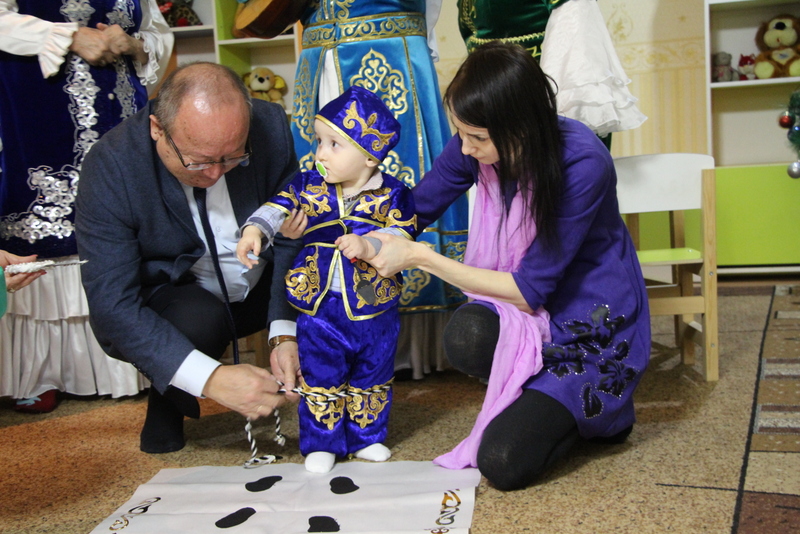 This tradition exists not only among Kazakhs, but also among Kyrgyz, Khakasses, Tuvans and other related people. The name is even the same: "cutting the fetters": Kazakhs have "tusau kesu", Kyrgyz have "tushoo kyrktyruu", Altaians have "tuzhak kezer". 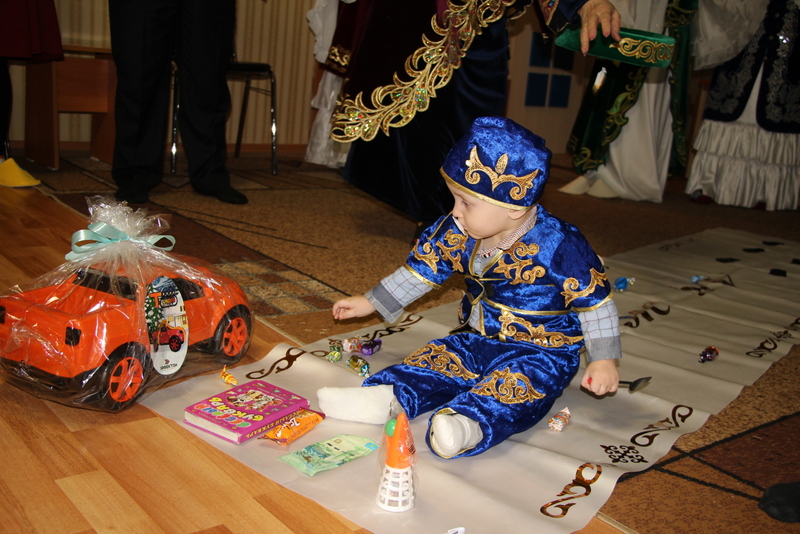 The classic scenario of tusau kesu ritual is simple. When the guests gather, a white cloth is spread on the floor (carpet, grass - if the holiday takes place on the street): the kid should make his first steps on this white cloth to make his life's way light and long - "ak zhol". Then the baby's legs are bandaged in a special way – Flemish knot. And the person whom parents choose in advance (it is necessary to thank him by all means), cuts ties to the kid. A special song of the ritual "tusau kesu" sounds. The child is helped to make the first steps along the path, imitating running. While the toddler "is running", the traditional Kazakh "shashu" - candy, sweets are thrown onto the path.

Also, the participants of the celebration were offered a concert program, and each child and mother were given soft toys and New Years’ gifts. 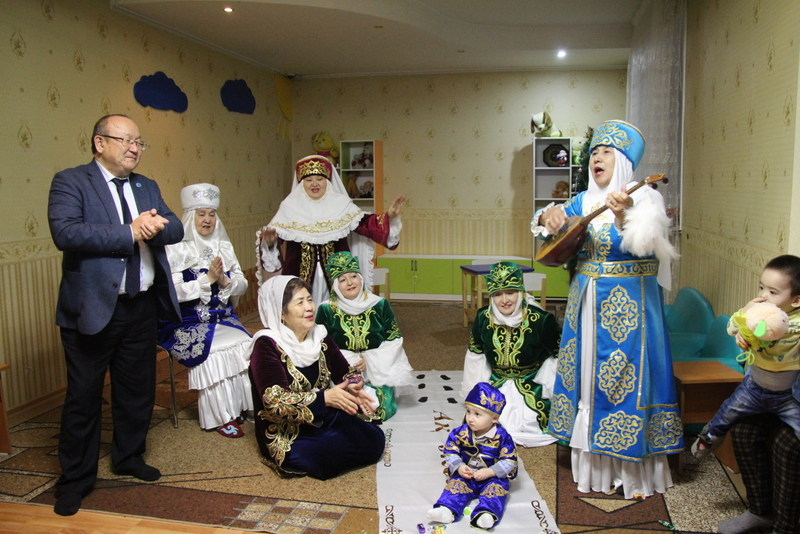 S. Zhetpyssbaev, head of Secretariat of the region noted that "Sarkyt" is mainly aimed at reviving the traditions of Kazakhstan people.

It should be reminded that on January 5, the Assembly of people of Kazakhstan launched a series of charitable activity "Caravan of Mercy", which is aimed at supporting socially vulnerable groups of the population and takes place under a single slogan "Meyirimdilikpen birlikke!”

Every month the activity is dedicated to a certain subject: January is held under the slogan "Sarkyt", February - "Sybaga", March - "Shashu" and so on. 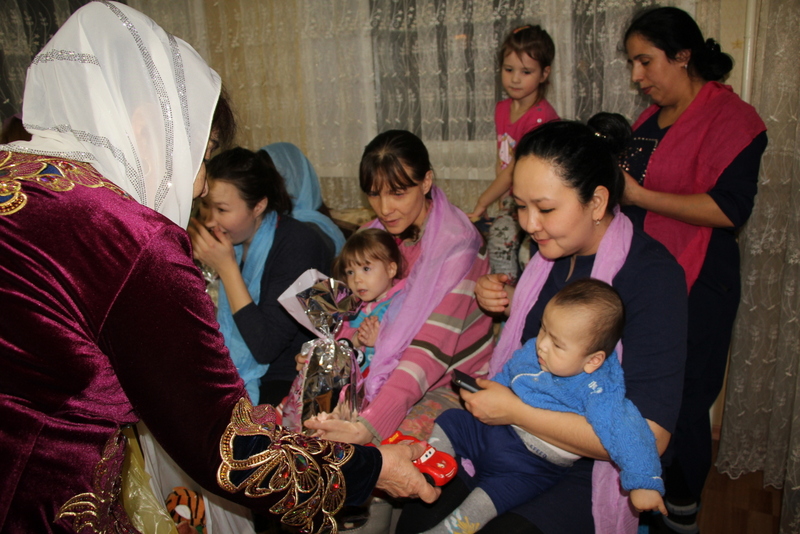