The German youth club ‘Diamant’, which means ‘diamond’ in German, was founded in Nur-Sultan in 1996.

The aim of the Youth Club of Wiedergeburt German Association was to contribute to the preservation of ethnic identity, to study the traditions and customs of ethnic Germans, and to develop the creative potential of young people with German roots and an interest in German culture.

We talked with Yulia Gonstein, Chairman of Diamant German Youth Club "Diamant" on activities carried out in the Club, projects implemented in the framework of the Year of Volunteer in Kazakhstan.

Yulia Gonstein, 17, is a 1st year student of the M. Narikbayev KazGUU University. On the advice of her friend, she joined the German Association in 2018. In 2019, she became chairman of the Diamant German Youth Club. Volunteers of Diamant Club actively participate not only in the activities of the Association of Germans, but also in all events and activities of the Assembly of People of Kazakhstan.

“For example, in February 2020, 4 of our activists acted as volunteers and took part in snow-cleaning activities on the territory of nursing homes. We take any opportunity to approve ourselves” says Yulia.

According to Yulia, the youth movement has a huge impact on her, as thanks to it, she has made new acquaintances, visited interesting and exciting events and trips. As the chairman of the youth club admits, she is very grateful to the German Association for endless opportunities.

Giving an answer the question what qualities today's youth must have in order to be a leader, Yulia says the following:

“I think that in order to be competitive young people need to be purposeful, always go forward, persistent and communicative. In my opinion, this is the top of important qualities.

It is no secret that in Germany there are many programmes to support active youth.

“Honestly, I know only one programme for active youth in Germany. It is JunOst Association of Russian-speaking youth in Bavaria. It is a youth organization founded in 2001 by young emigrants from former Soviet Union countries who moved to Germany for permanent residence. Yulia herself has been to Germany twice.

“I was in Munich for the first time in October 2019. It was a seminar for youth leaders called ‘JuLeiCa’ (Jugend Leiter Card, translated from German: Youth Leader Card) and I spent about one week there. In total there were about twenty-thirty people from four countries: Kazakhstan, Germany, Russia and Kyrgyzstan. It was a very exciting seminar where we discussed "Who is a Youth Leader? His responsibilities. What advice can you give to leaders in their beginning? What qualities should a youth leader have?". At the end of the seminar, we were given a first aid course in German, where we learned what to do if we found a person in an unconscious state.

The second time I was at "Wir Gemeinsam" dance festival in Berlin. I was there with the participants from the dance studio "Expressions", which operates in our German Association. There were 6 people in total, these are the people who are engaged in dance club for a long time. We spent five days there, where we participated in a master class with an honored choreographer Julia Hoffman. She taught several German national dances, that we remember and dance with pleasure.

International cooperation is an integral part of the social organization that helps the parties to exchange experiences, acquire new knowledge and skills and apply them in the organization. Meeting with activists from other countries helps young people to strengthen their communication, intellectual and organizational skills. Products of joint partnership meetings are cooperative projects, international exchanges, agreements and joint partnership programs. Young leaders understand their responsibility for activities and take responsibility for the organization. 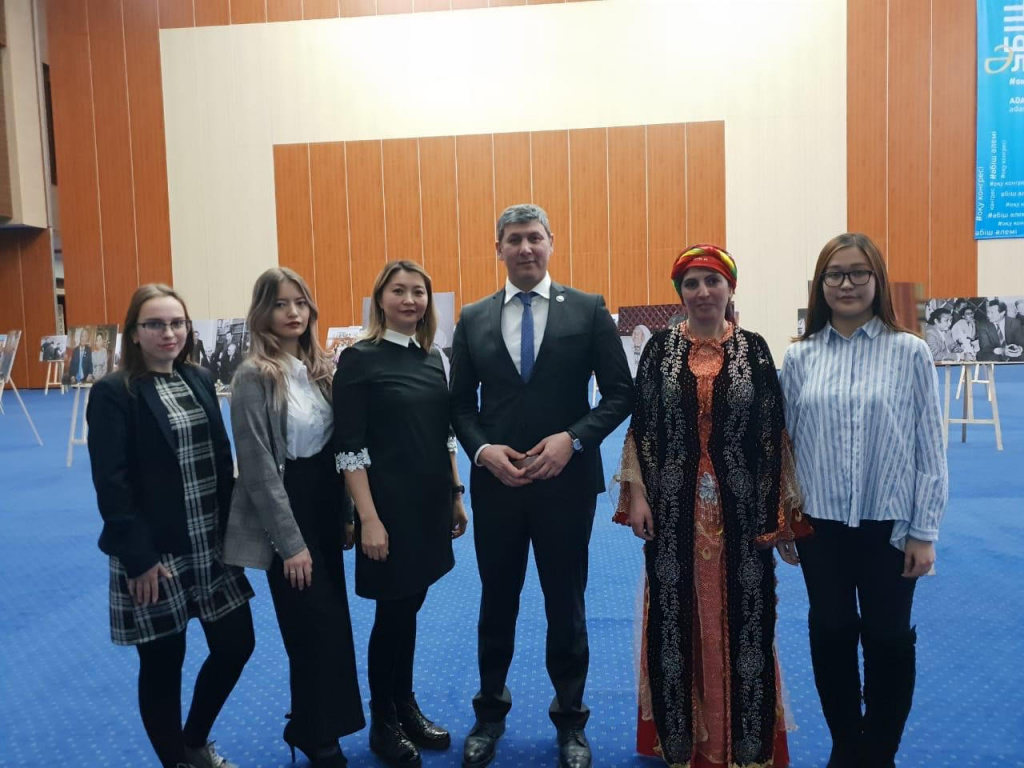 The German Youth Club holds a large number of events to encourage ethnic youth to learn their native language and culture.

“In my opinion, the issue that concerns our youth movement is that a very small number of Germans living in Nur-Sultan are interested in the history and culture of Germans. We aim to interest as many ethnic German youth as possible.

For example, linguistic classes are organized on the basis of summer camps.

Last year "Der deutsche Campingplatz", a summer camp for young people from German youth in Kazakhstan, was organized in order to create conditions for motivation to learn German language and to get acquainted with the culture and traditions of ethnic Germans. The main purpose of the camp was the participation of new members of German youth clubs studying German at schools and universities in order to attract them to active participation in the activities of regional German youth clubs and German associations "Wiedergeburt", as well as to be interested in further learning the German language. The camp classes were held in the disciplines "Deutsch", "Basteln" and "Teambuilding".

Teachers Natalia Kozlova and Valeria Nagih conducted German lessons in groups, depending on the level of language training of the participant. The linguistic camp helped the participants to develop and improve their communication skills in German. During the lessons the participants plunged into the language environment, gained new knowledge, added to their vocabulary by learning various songs, poems, texts, which were used in other laboratories, evening events, as well as on "Spielzimmer".

Tatyana Gusak conducted classes within "Basteln" discipline, where everyone could learn the skills of applied creativity. Young people were engaged in modeling a German costume, worked with natural material and created real models of famous football stadiums in Germany.

Last year as part of the project "Zusammen: In “Erwartung auf Weihnachten. Senioren und Jugendliche” the youth of the Diamant German club and seniors of the Wiedergeburt Association spent the holiday weekend of December in Borovoye. Here, together with the Language Academy, young people and seniors shared their experiences and developed the continuity of generations. On the first day the participants got acquainted with each other and were assigned to prepare an evening event with the theme "Christmas". All participants prepared songs, monologues, games and congratulations. On the second and third days of the projects, the participants took part in psychological training and creative workshop Basteln led by Tatiana Gusak. Young people and seniors prepared home decorations. The purpose of this creative workshop was to bring the young generation closer to the seniors, as well as to share experiences. The atmosphere during the trainings was friendly and family-friendly, despite the fact that the participants were from other cities.

During such trainings, the participants also studied German. The lessons were conducted by the language assistant Anton Hauer, who conducted the lessons in a friendly atmosphere using Christmas songs. Participants who doubted whether they could hardly speak German, at classes they spoke as if German was their language of communication.

"Sprachcaffe" workshop was aimed at solving the difficulties in communication between young people and gentlemen, namely the search for common themes. Over a cup of tea or a joint walk the participants were offered topics, questionnaires, games, trainings, which are aimed at achieving the goal of the project - to improve the process of exchange of experience and continuity of generations between young people and seniors in the Christmas theme. It should be noted that the goal of the workshop was achieved. The seniors and youth discussed books, films, songs as if they were the same age. They shared their experience of celebrating Christmas holidays and recipes for festive dishes, and even learned the most intimate dreams and wishes for the New Year.

A quest was also organized for the participants. On the second day, young people and seniors collected a story about St. Nicholas, looking for lost pieces of clothing and songs about Nicholas. Having gathered all together, participants received one more task - to stage the collected legend about Nikolaus. Having coped with it, all went to celebrate the third Advent.

All third day participants learned something new about Christmas, learned new songs and visited all planned workshops, and in the evening they were waited by the most delicious quest. Children, participants of the Linguistic Academy, our grandmothers went to bake Christmas cookies.
At present, the lack of motivation is an obstacle to achieving goals. As Yulia says, she has never thought about what motivates her.

“I think I am motivated by my friends' success. Seeing that they have achieved something, I strive for the same success.”

Besides studying and being active, Yulia likes to spend time with her family and friends.

In addition, in her spare time, the leader of the German youth club likes to read books and watch films.

"I am very fond of foreign classics. My favorite book is "Pride and Prejudice" by Jane Austen. This book was given to me by my friend a few years ago and I have read it about 5 times since then. I recommend it to everyone for reading.

As for the movie, this question is more complicated, because I have quite a large list of favorite movies. I really like to watch movies in my spare time. But I can say that my favorite genre of movies is melodrama.”

And finally, Julia expressed her wishes to the youth representatives:

“Strive, develop and never deviate from your goals. Be a worthy generation of your descendants!”