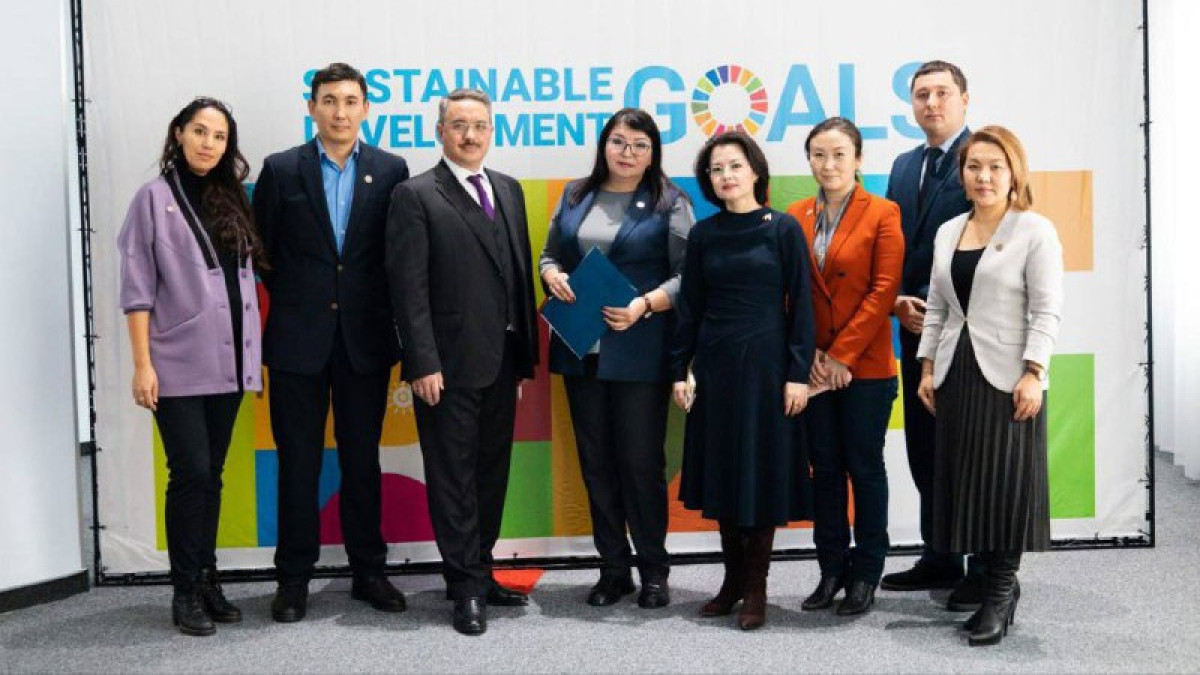 KAZGUU University held a seminar "Ensuring sustainability of development as the main mission of the implementation of the Address of the President of the Republic of Kazakhstan to the nation". The event was attended by representatives of the Ministry of National Economy of the Republic of Kazakhstan, the Institute of Economic Research and the United Nations Development Program, El.kz reports with reference to the press service of the Ministry.

In her speech, Director of the Department of Social Policy and Development of State Bodies of the Ministry of National Economy of the Republic of Kazakhstan Nurgul Zhannazarova spoke about the ongoing work to promote the Sustainable Development Goals. In particular, it was noted about raising the status of the Coordination Council for the SDGs, including the principles of sustainability and inclusiveness in the basis of the country's new National Development Plan until 2025, as well as localizing the strategic Sustainable Development Goals through national projects.

Currently, the issue of opening a UN Regional Hub on SDGs for the countries of Central Asia and Afghanistan in Almaty, which will solve topical issues of the regional agenda, is being worked out. Earlier, president Kassym-Jomart Tokayev made such an initiative at the 77th session of the UN.

In turn, The Chairman of the Board of JSC "Institute of Economic Research" Ruslan Sultanov noted that large-scale explanatory work on the SDGs is being carried out in the regions of the country. State bodies, non-governmental organizations and international organizations have been actively involved in this work.

Also during the seminar, the participants mentioned the issues of quality education, gender equality, access of the population to drinking water, ecosystem restoration and mortality from road traffic accidents.

Subscribe to our Telegram channel and be the first to know the news!
Next news
Belgium formally gives employees option of 4-day work week
Photo day
Kazakhstan wins bullet shooting competition in Indonesia