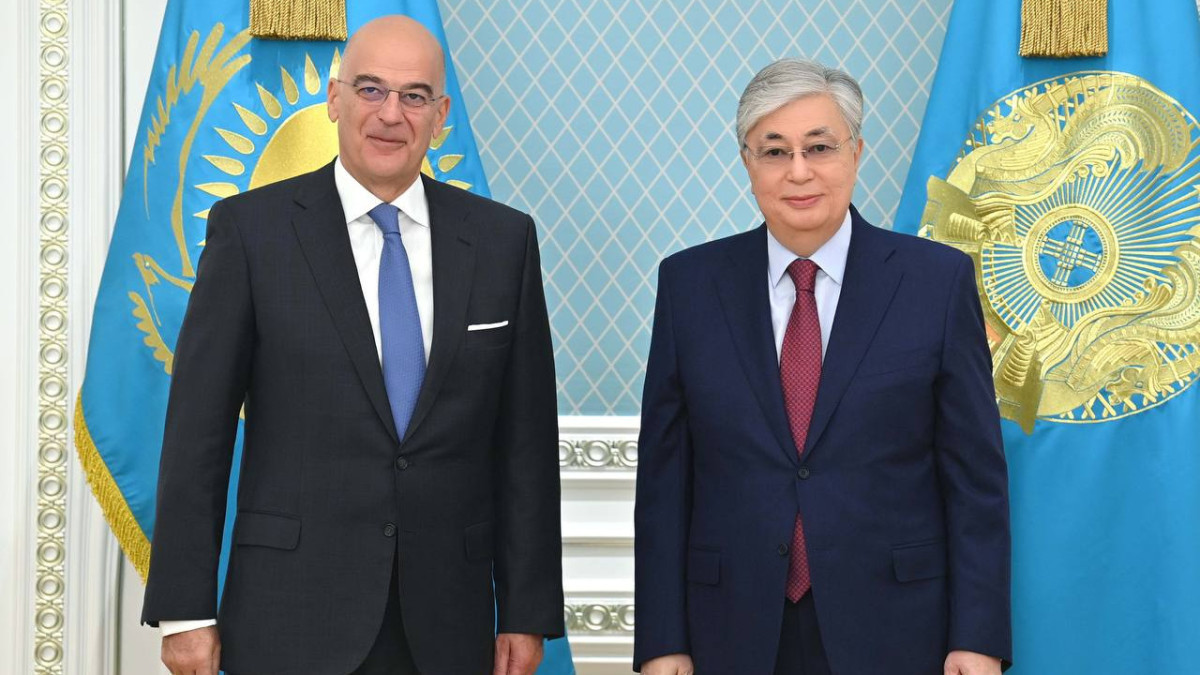 During the meeting prospects for the development of Kazakh-Greek cooperation focusing on trade and economic relations’ enhancement were discussed.

According to Kazakh President, Greece is one of the key partners of the country in the EU, as well as that the two countries actively cooperate in multilateral sites.

"I’d like to reiterate that the relations with Greece are a priority. We’re to make every effort to take the mutual cooperation to a new level,"  the Kazakh President said.

For his part, Dendias thanked Tokayev for the opportunity to exchange views on bilateral and multilateral cooperation.

«I want to note that our country regards Kazakhstan as a major and priority country for us in Central Asia, which is a guarantor of stability in the region. Greece expresses readiness for further mutually beneficial cooperation with your country,» said the minister.

The sides also exchanged views on the current issues of international and regional agenda.

Subscribe to our Telegram channel and be the first to know the news!
Next news
Kazakh speed skaters win three more medals in Canada
Photo day
Kazakhstan wins bullet shooting competition in Indonesia