Political Reforms and international initiatives of Kazakhstan commended in Geneva 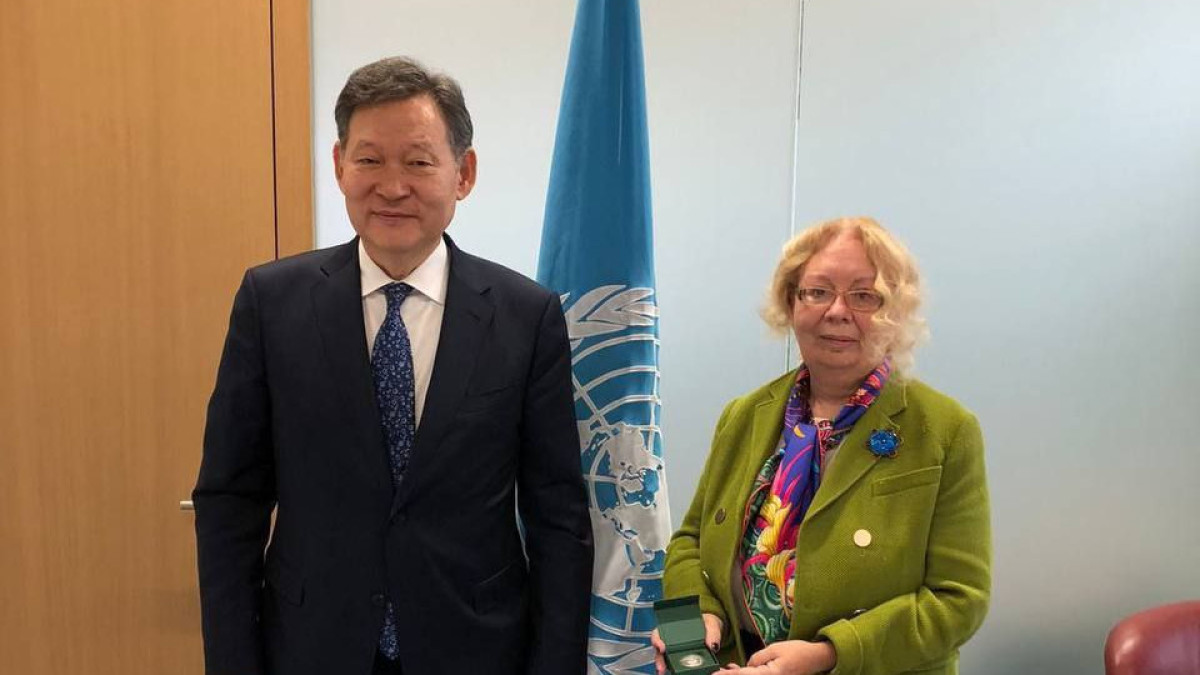 First Deputy Minister of Foreign Affairs of the Republic of Kazakhstan Kairat Umarov took part in the opening of the Review Conference of the Convention on the Prohibition of the Development, Production and Stockpiling of Bacteriological (Biological) and Toxin Weapons and on their Destruction (BTWC), El.kz cites MFA.

In his statement at the General Debate on November 28, 2022, the head of the Kazakhstan delegation noted the key role of the Convention in ensuring the international security, as well as Kazakhstan's contribution to eliminating the biological threat, including through the promotion of the initiative of the President of the Republic of Kazakhstan Kassym-Jomart Tokayev on the creation of the International Agency for Biological Safety (IABS).

On the sidelines of the event, the Permanent Mission of Kazakhstan to the UN Office in Geneva organised a side-event on November 29, 2022, dedicated to further steps towards the implementation of the IABS. Addressing the participants, Umarov called for support of the creation of an Open-ended Working Group within the framework of the BTWC for the implementation of the initiative.

During the visit a number of bilateral meetings with heads of international organizations, accredited in Geneva, was held.

In conversation with the Director-General of the UN Office at Geneva, Tatiana Valovaya, she highly appreciated the ongoing political and economic reforms in Kazakhstan. A detailed exchange of views took place on the creation of a regional UN Hub in Almaty, the main focus of which will be aimed at the implementation of the Sustainable Development Goals (SDGs) in the Central Asian countries and Afghanistan. In the future, this pilot project on the SDGs could become a model for creating similar structures in different regions of the world.

At a meeting with the Director-General of the World Health Organization Tedros Ghebreyesus, the Kazakhstan’s diplomat invited him to participate as a keynote speaker at a panel session on Primary Health Care (PHC) High-level meetings on universal health coverage at the 78th session of the UN General Assembly in New York in September 2023. The Head of WHO confirmed his participation in the work of the 73rd European Regional Committee in Astana in 2023, dedicated to the 45th anniversary of the Almaty Declaration and the 5th anniversary of the Astana Declaration on PHC. The parties also discussed the process of negotiations on a new international agreement on pandemic prevention, preparedness and response to it.

President of the International Committee of the Red Cross (ICRC) Mirjana Spoljaric, who took office in October this year, expressed the ICRC's interest in establishing a UN Hub in Almaty to provide humanitarian assistance to Afghanistan. Discussing the situation in Syria, the parties confirmed their mutual interest in continuing cooperation in helping to resolve the humanitarian situation in this country and finding ways to improve it, including within the framework of the Astana process.

During the meeting with the recently appointed UN High Commissioner for Human Rights Volker Turk, the large-scale reforms initiated by President Kassym-Jomart Tokayev in the sphere of human rights protection and key areas of bilateral cooperation between our country and the UN Office for Human Rights were discussed.

High Commissioner Volker Turk, noting the role of the Head of Kazakhstan in building successful cooperation with the UN, highly appreciated the achievements and political transformations in our country. He also stressed the importance of promoting and protecting human rights in building a New and Just Kazakhstan.

At a meeting with Deputy Secretary General - High Representative for Disarmament Affairs Izumi Nakamitsu, the sides discussed ways to further implementation of the IABS initiative, as well as other issues in the field of biological security. Nakamitsu highlighted the special role of Kazakhstan in promoting the international disarmament agenda.

The heads of all international organizations asked Umarov to convey their warmest congratulations to President Tokayev on his victory in the elections and expressed their wishes to continue a close work with our country aimed at promoting the initiated reforms.

The BTWC was opened for signature on April 10, 1972 and put in force on March 26, 1975. As to date, the Convention has 184 member-states and four signatory countries. The BTWC Review Conference takes place once every five years and is the highest body of the Convention with decision-making powers. The event will last until December 16, 2022. The Review Conference is attended by representatives of the Ministry of Foreign Affairs and the Ministry of Health of the Republic of Kazakhstan. Kazakhstan was elected Vice-Chairman of the Conference and a member of the Credentials Committee.

Subscribe to our Telegram channel and be the first to know the news!
Next news
Kazakh FM holds number of bilateral meetings on sidelines of OSCE Ministerial Council
Photo day
Kazakh PM orders accelerated construction of new Shymkent airport terminal