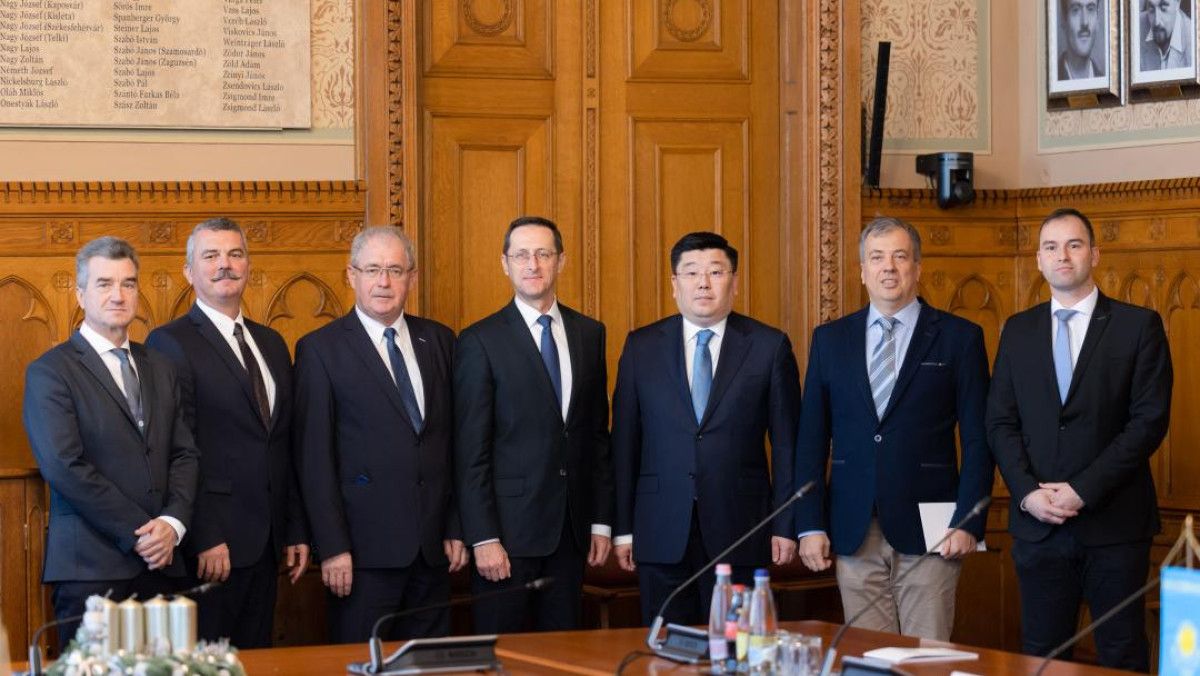 Ambassador of Kazakhstan Zhanibek Abdrashov took part in the first meeting of the Hungary-Kazakhstan Friendship Group of the National Assembly (Parliament) of Hungary, El.kz cites MFA.

Giving his speech in front of the members of the newly formed inter-parliamentary cooperation group, the Ambassador of Kazakhstan spoke about the results of the early presidential election held on November 20, 2022, in which the re-elected President of the Republic of Kazakhstan Kassym-Jomart Tokayev won a landslide victory with 81.3% of the vote.

The Kazakh diplomat highlighted the ongoing political reforms in the country aimed at redistributing the powers of the president to other state institutions, reformatting the representative branch of power, improving the electoral system, strengthening human rights institutions and modernizing the electoral process.

In his welcome speech, the Minister of Finance of Hungary, Co-Chairman of the Kazakhstan-Hungary Inter-Parliamentary Cooperation Group, the Intergovernmental Commission on Economic Cooperation and the Strategic Council, Mihaly Varga noted that President Tokayev's confident victory in the last election demonstrated the high confidence of Kazakh people in the ongoing political reforms.

The Hungarian politician emphasized that Kazakhstan plays a key role between the EU and Central Asia, and Hungary, being a member of the European Union, is interested in developing close ties with Kazakhstan in all areas of interaction.

In addition, members of the cooperation group highlighted their interest in strengthening inter-parliamentary cooperation between Kazakhstan and Hungary, as well as emphasized the high potential for developing relations between the regions of the two countries.

At the end of the first meeting, the Hungarian parliamentarians underlined that this year marks the 30th anniversary of the establishment of diplomatic relations between the two countries, gave a positive assessment to the ongoing strengthening of democracy in Kazakhstan, and also outlined the prospects for deepening Kazakh-Hungarian inter-parliamentary relations.

It should be noted that the Kazakhstan-Hungary Inter-Parliamentary Group for Cooperation has been functioning in the National Assembly of Hungary since 1994. The cooperation group was re-established at the National Assembly on November 4, 2022. The newly formed group includes both previous and new members who are all members of the parliament of Hungary, yet all of them are deeply committed to the development of inter-parliamentary cooperation between the two countries. The last meeting of the members of the Kazakhstan – Hungary Inter-Parliamentary Cooperation Groups of the two countries was held online on September 17, 2021. The Co-Chairman of the group from the Kazakh side is the Chairman of the Finance and Budget Committee of the Mazhilis (Lower House of Parliament) of the Republic of Kazakhstan - Marat Kussainov.

Subscribe to our Telegram channel and be the first to know the news!
Next news
Jakarta hosts first meeting of Kazakh-Indonesian discussion club
Photo day
Kazakhstan wins bullet shooting competition in Indonesia