During the meeting, issues of economic cooperation were discussed 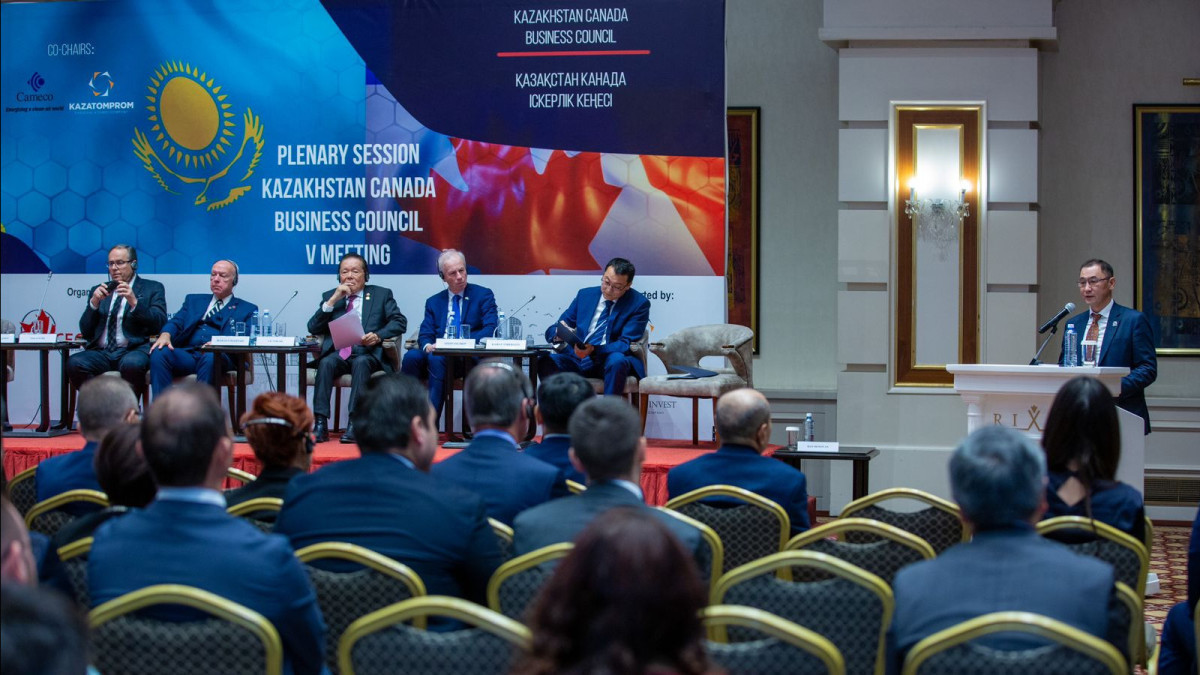 The plenary session of the fifth meeting of the Kazakhstan-Canada Business Council was held in Astana, which completed a series of meetings of working groups on energy; transport; agriculture; education and medicine, which took place throughout the year, El.kz reports.

According to the Embassy of Kazakhstan in Canada, the main purpose of the event is to identify and promote specific areas of economic cooperation of mutual interest, as well as to create favorable conditions for the implementation of new joint projects.

The meeting was attended by a representative Canadian delegation: the Special Representative of the Prime Minister of Canada to the EU and Europe Stephane Dion, Senators Victor Ou and Jean Guy Daégnay, heads of large companies, including Cameco Corporation, Condor Energies, Bombardier, Hatch, De Havilland, as well as representatives of business associations and more than two dozens of Canadian companies.

The Kazakh delegation consisted of representatives of the Ministry of Foreign Affairs, MIT, MIID, the leadership of Kazatomprom, AIFC, KazakhInvest, as well as a number of Kazakhstani companies from various sectors of the economy of the Republic of Kazakhstan. In total, more than 100 people took part in the event.

Representatives of the Canadian delegation congratulated Kassym-Jomart Tokayev on the victory in the presidential elections in Kazakhstan, and also welcomed his political reforms, which, according to them, they stimulate economic growth, including sustainable development, green energy and investment in human capital.

Subscribe to our Telegram channel and be the first to know the news!
Next news
Richest bank named in Kazakhstan
Photo day
Cooperation in field of education with Kazakhstan discussed in Bulgaria