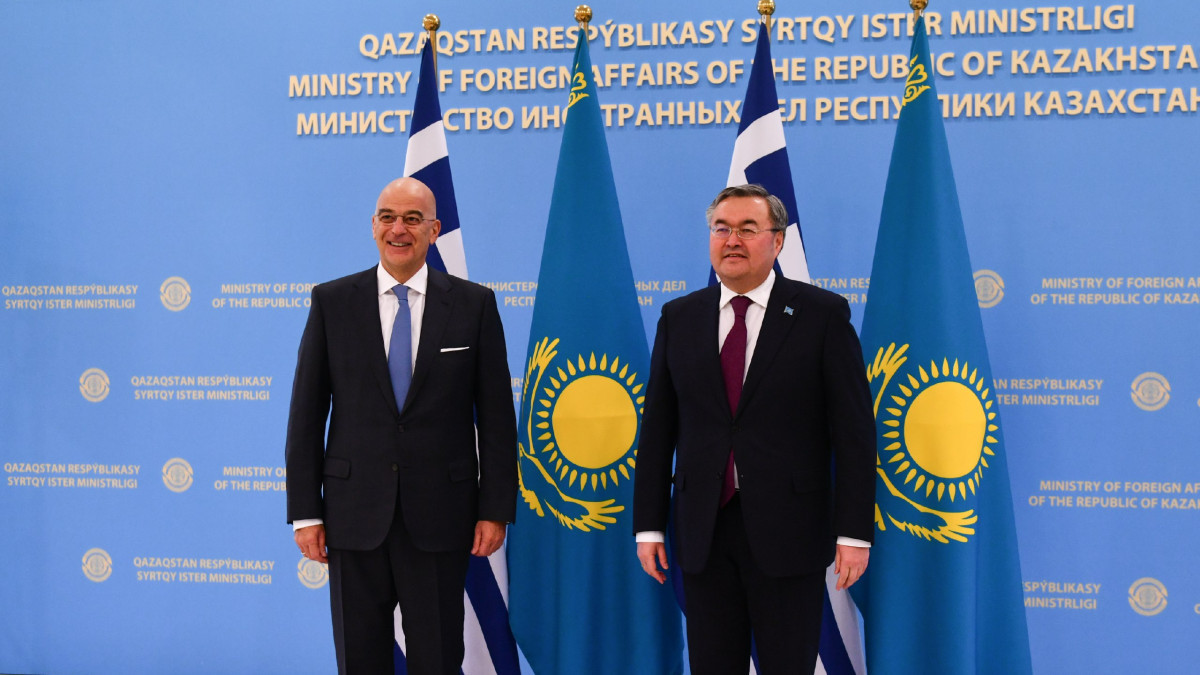 The year of celebration of the 30th anniversary of establishment of diplomatic relations between Kazakhstan and Greece was marked by another significant event - Minister of Foreign Affairs of the Hellenic Republic Nikolaos Dendias arrived in Astana with the first official visit in the history of bilateral relations, El.kz cites MFA.

During his visit, Dendias was received by President of Kazakhstan Kassym-Jomart Tokayev. During the meeting, the Greek Minister thanked for the opportunity to exchange views on bilateral and multilateral cooperation and noted that Kazakhstan is considered as the largest and most priority country for Greece in Central Asia, which is a guarantor of stability in the region.

On the same day, extended negotiations were held between the foreign ministers of Kazakhstan and Greece Mukhtar Tileuberdi and Nikolaos Dendias, during which the parties discussed the current state and prospects for further development of bilateral cooperation. Views were exchanged on issues of the global and regional agenda.

As the Deputy Prime Minister - Minister of Foreign Affairs of Kazakhstan Mukhtar Tileuberdi noted: “The Hellenic Republic is one of our important political and economic partners in Southern Europe. I am sure the official visit of Minister Dendias to Kazakhstan will give additional impetus to further deepening of comprehensive cooperation between Astana and Athens both in bilateral and multilateral formats.”

Tileuberdi and Dendias welcomed the establishment of the Kazakh-Greek Business Council this year (June 20, 2022, Athens), as well as the successful 5th meeting of the Kazakh-Greek Intergovernmental Commission on Economic and Technological Cooperation (October 19, 2022, Astana). Bilateral trade relations between Kazakhstan and Greece have a positive trend. Thus, in the ten months of 2022, bilateral trade turnover amounted to $1.4 billion, which is 28% higher than in the same period of the previous year ($1.06 billion).

The interlocutors noted the significant role of the “living bridge” between our countries - the ten-thousand Greek diaspora living in Kazakhstan. There is also the Association of Greek Societies in Kazakhstan “Filia” (from the Greek as “friendship”), which includes 17 regional societies that support Greek traditions, customs and language.

As a result of negotiations, Memorandum of Understanding between the ministries of foreign affairs of two countries on cooperation in the field of diplomatic training was signed.

Subscribe to our Telegram channel and be the first to know the news!
Next news
Kazakhstan participates in discussions of environmental protection in Bangkok
Photo day
Kazakhstan wins bullet shooting competition in Indonesia