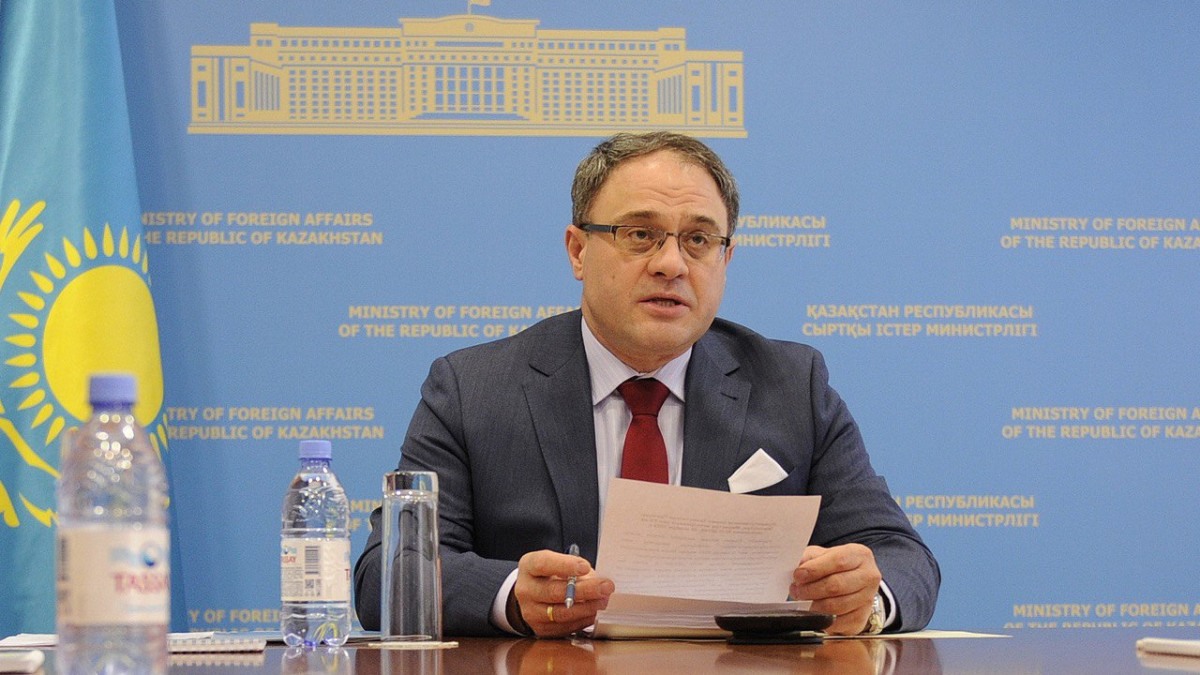 At the final meeting of the 2022 Human Dimension Dialogue Platform Consultative and Advisory Body under the Ministry of Foreign Affairs of Kazakhstan, the issues of criminal justice reforms were discussed, El.kz cites MFA.

Deputy Minister of Foreign Affairs Roman Vassilenko read out a welcome address on behalf of the head of Kazakhstan's Foreign Ministry, who, in particular, noted that the year 2022 was full of events that served as a catalyst for full-scale political reforms initiated by President Kassym-Jomart Tokayev to continue democratization the country. Every year Kazakhstan takes consistent and effective steps towards building a fair state governed by the rule of law in which the welfare of the people and respect for human rights are immutable values. He emphasized that through the synergy of the civil sector with the authorities a common goal will be achieved, namely ensuring the rights, freedoms and economic well-being of our citizens.

Further, Deputy Minister Vassilenko drew the attention of the participants to the project to update the list of Consultative and Advisory Body’s recommendations, which was implemented during the current year and amounted to 76 major legislative initiatives. There is a lot of work ahead on the implementation of the updated proposals of the civil sector.

Four speakers from the General Prosecutor's Office provided detailed information on the systematic implementation of a three-tiered model of criminal procedure based on a clear separation of powers among law enforcement agencies, based on the experience of OECD countries.

A representative of the Ministry of Justice reported that the Project Office of the Ministry conducted an article-by-article analysis of the Criminal Code and the Code of Criminal Procedure, aimed at identifying non-working norms, collisions, gaps and norms that hinder justice.

The speaker from the Supreme Court said that the main purpose of the reform of the judicial system is to increase the level of legal protection of citizens, ensuring effective judicial protection of their rights, the formation of a well-educated judicial corps.

On behalf of civil society, the head of the Kadir-Kasiet NGO made a speech and proposed recommendations for improving the criminal law to ensure the principle of presumption of innocence and protection of children from bullying.

Representatives of civil society and state authorities actively participated in the subsequent discussion, which was open and constructive. During the discussion of the topics on the agenda, participants voiced valuable suggestions and recommendations for further improving criminal justice by eliminating existing shortcomings.

At the end of the meeting, participants discussed the results of this year's work and approved the Consultative and Advisory Body’s work plan for 2023.

The meeting was attended by members of the Parliament, the Secretary of the Human Rights Commission under the President of Kazakhstan, representatives of the Supreme Court, the Constitutional Council, the Office of the Human Rights Commissioner of Kazakhstan, interested ministries, Kazakhstani human rights NGOs, and guests of the platform - representatives of international partners, including UNDP, OSCE, European Union, USAID, as well as the embassies of the U.S. and Canada in Astana.

Subscribe to our Telegram channel and be the first to know the news!
Next news
Lithuania marks 125th anniversary of Mukhtar Auezov
Photo day
Cooperation in field of education with Kazakhstan discussed in Bulgaria