Britain has invested over $20 billion in Kazakhstan's economy over 30 years. 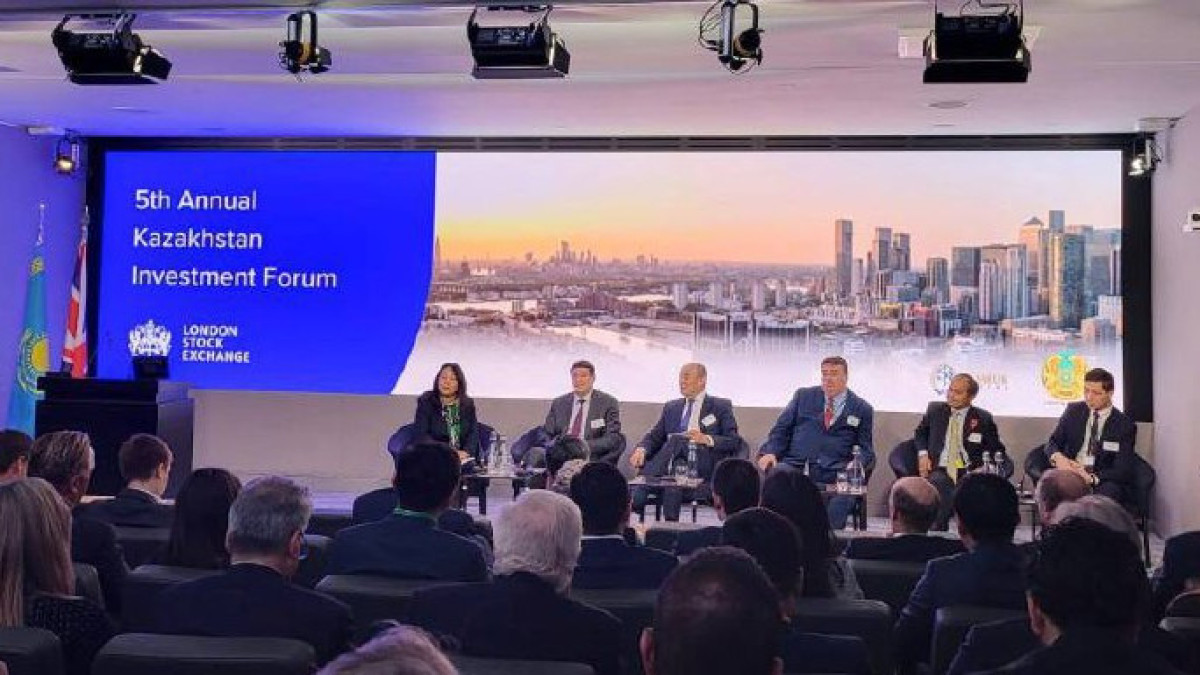 Kazakhstan Investment Forum - 2022, hosted by the London Stock Exchange, was attended by Ardak Zebeshev, Chairman of the Investment Committee of the Ministry of Foreign Affairs of Kazakhstan. Speaking to the British partners, he spoke about the business and investment opportunities in Kazakhstan, El.kz cites MFA.

Over the 30 years of cooperation between our countries, Britain has invested over $20 billion in Kazakhstan's economy.

The British capital has traditionally been present in the economy of Kazakhstan, with 575 commercially active companies operating in the oil and gas, mining, and manufacturing sectors, as well as financial services, high technology, and agriculture as of 1 October 2022.

Historically, British companies were the first to exploit large copper deposits in the Karaganda Region, as far back as the early 20th century. Since Kazakhstan's independence, major companies such as British Petroleum, British Gas, and Shell have made significant contributions to the development of the oil and gas industry.

Kazakhstan's eagerness to engage with British and other Western markets can be seen in the continuing efforts of our Government to facilitate investment and trade for foreign businesses. Today, Kazakhstan is widely regarded as the country with the best investment climate in the region, having attracted over $400 billion in foreign direct investment since independence, accounting for around 70% of all FDI in Central Asia. Kazakhstan will continue to take all possible measures to facilitate the inflow of foreign investment to remain an investment magnet in Central Asia.

Conditions of global turbulence, processes of de-globalization, and the polarisation of the world into separate and fragmented economic blocs affect Kazakhstan's economy, but can also be offset by systemic approaches to attracting and increasing investment. Political, structural, and institutional reforms undertaken in the country are aimed, among other things, at creating a new investment climate and launching a new investment cycle in Kazakhstan.

The Government of Kazakhstan is taking necessary steps to maintain the momentum of growth and to improve the quality of economic development.

Speaking about new opportunities for cooperation between our countries, Mr. Ardak Zebeshev, Chairman of the Investment Committee assured the UK partners of a strong commitment to further develop business relations and invited British companies to implement joint projects in such sectors as digitalization, agriculture, green energy, healthcare, and manufacturing.

Also as part of today's visit to London, Ardak Zebeshev met with the management of investment company Sturgeon Capital, telecoms company One Web, and Hive Energy, a company offering large-scale sustainable green energy solutions, to discuss the prospects of projects in Kazakhstan.

Subscribe to our Telegram channel and be the first to know the news!
Next news
Tokayev attends concert in Eternal City complex in Samarkand
Photo day
Kazakhstan and Slovakia interested in expanding trade and economic cooperation