FROM LONDON TO NUR-SULTAN: 6 KAZAKHSTANI CYCLISTS RODE 6000 KM IN 68 DAYS 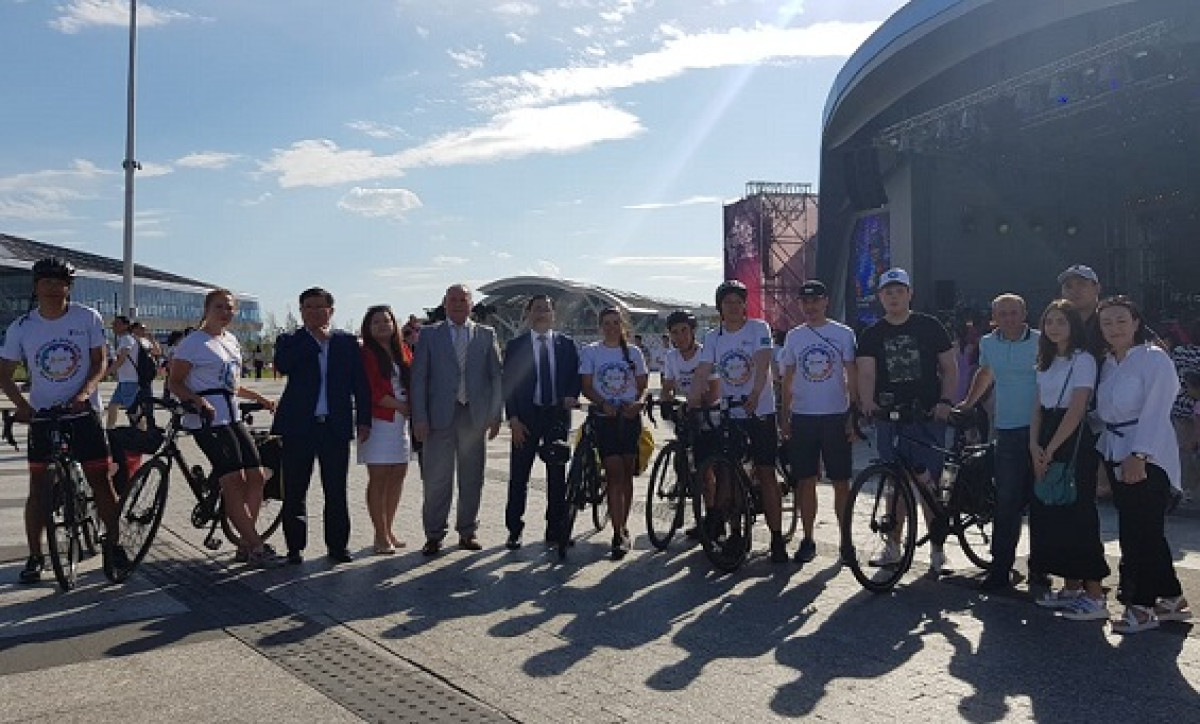 The day of the capital was marked by a solemn meeting of the finish line of the International cycling race "Beibitshilik jane birlik. Peace and unity", which started on April 29 this year in London (UK).

This project, implemented by the Kazakh Geographic Society under the auspices of the Assembly of People of Kazakhstan, is dedicated to the Year of Youth in Kazakhstan.

According to the organizers, the purpose of the bicycle ride is to popularize and promote Kazakhstan, develop tourism and mass sports, as well as promote a healthy lifestyle.

In addition, cultural and patriotic education of the young generation is one of the primary objectives of the project. 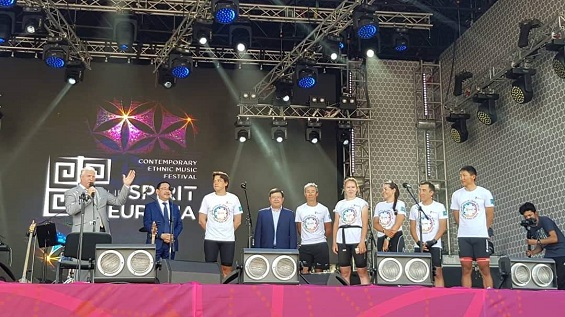 From the capital of Great Britain, with the support of the Embassy of the Republic of Kazakhstan in the United Kingdom of Great Britain and Northern Ireland, the Kazakhstani team was accompanied by their compatriots living in London, as well as Kazakh students.

The project symbolizes and promotes the centuries-old traditions of Kazakhstani people - hospitality, openness, friendliness and tolerance.

The team of the bicycle ride is represented by six representatives of different ethnic groups living in Kazakhstan. These are the project manager of the Kazakh Geographical Society, the leader of the group Daulet Omarov, triathlete, semi-marathon runner Azamat Atantay (plays hockey - amateur league, amateur of sports activities), cyclist, amateur of sports activities Marina Varibrus, amateur runner Dilmurat Rakhmatulayev (is fond of triathlon, loves active lifestyle, aims at conquering IRONMAN 70.3 Astana, which will be held on July 14, 2019, works in the field of finance), outdoor photographer and cameraman Baltasheva (worked for TV channels "Khabar" and "Khabar 24", is fond of active sports), amateur triathlete Mikhail Lim (fond of active sports). 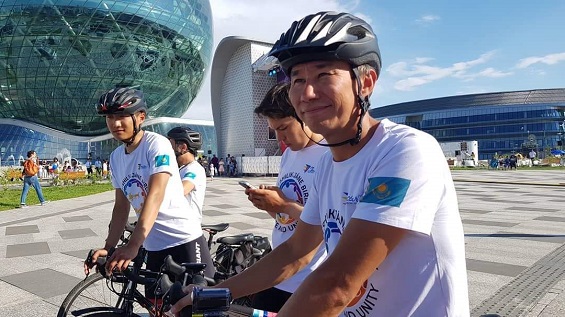 By the 6th of July the team had covered about 6000 km by ecologically clean transport, visited more than 55 cities and 7 countries: Great Britain, Belgium, Netherlands, Germany, Poland, Belarus, Russia.

In each of these countries with the support of the Ministry of Foreign Affairs of the Republic of Kazakhstan meetings were successfully held in the embassies of Kazakhstan: in Brussels on May 3, Hague on May 5, Berlin on May 14, Warsaw on May 21, Minsk on May 27 and Moscow on June 10.

In Brussels, the team was welcomed by diplomats, Kazakhstani diaspora, students, as well as local cycling enthusiasts and journalists. Members of the Belgian Royal Cycliste Club "Royale Amicale Cycliste Uccle", founded in 1935, also came to support the Kazakh athletes. Robert Moerman, the club's president, awarded the members of the KazGeo team with rarity medals, which were awarded to the participants of international cycling races in the past.

In Hague there was a meeting with diplomats, students from the Republic of Kazakhstan and Dutch cycling champion Jacques Hanegraaf.

In Minsk the meeting with representatives of the Federation of Cycling was organized, and also the sportsmen came to support the world champion of 1990 on command highway cycling I. Potenko. A short meeting with the cycling community was held in Bobruisk.

The "Peace and Unity" bicycle race was broadcast online via social networks and location tracker.

Subscribe to our Telegram channel and be the first to know the news!
Next news
APK CONGRATULATES KAZAKHSTANIS ON THE CAPITAL'S DAY
Photo day
President of Kazakhstan sends telegrams of condolence to Pakistani leadership