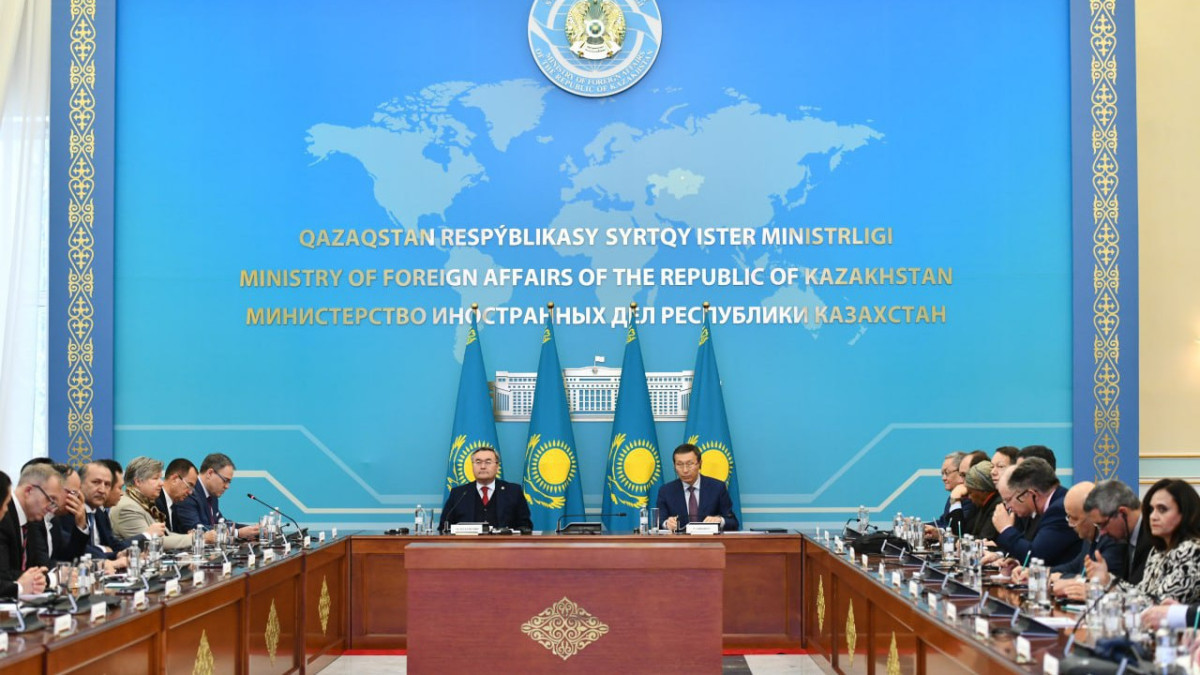 The Ministry of Foreign Affairs and the Central Election Commission held a joint briefing for representatives of the accredited foreign diplomatic corps on the upcoming presidential elections of the Republic of Kazakhstan, El.kz cites MFA.

Opening the event, Deputy Prime Minister – Minister of Foreign Affairs of Kazakhstan Mukhtar Tileuberdi noted that, given the significant global geopolitical challenges, the upcoming vote is not just important to Kazakhstan, because now a stable and prosperous Kazakhstan is very much in the interest of the international community. “Our country looks to facilitate wider global collaboration, trade, and diplomacy,” the Foreign Minister added.

“This journey is historic for Kazakhstan. We, therefore, hope for a high voter turnout, both in the presidential and the parliamentary elections. Our citizens should play a key role in deciding the future of our nation. […] Throughout the years of independence, the people of Kazakhstan have worked to create a stable, prosperous, and inclusive society. Exercising our democratic right through a national vote will help strengthen what we have achieved so far and lay the foundation for further progress,” said Tileuberdi.

The Chairman of the Central Election Commission Nurlan Abdirov spoke about the preparations for the presidential elections and its key procedural aspects.

“The Central Election Commission conducts its work in strict accordance with the law, operates on the principles of openness and public dialogue. It is important to emphasize that the current election campaign is based on the current Constitutional Law ‘On Elections in the Republic of Kazakhstan’,” Abdirov said.

According to him, a total of 10,101 polling stations will be involved in the elections across the country, while 11,950,485 citizens are included in the voter lists. The Central Election Commission also pays special attention to creating the necessary conditions for voting, including people with disabilities.

“The accreditation of international observers ended yesterday, November 14. In total, 641 observers have been accredited to the Central Election Commission, including representatives of the OSCE/ODIHR, CIS, Interparliamentary Assembly of CIS, Parliamentary Assembly of CSTO, Organization of Turkic States, TurkPA, SCO, OIC observer missions, as well as representatives of 35 foreign states,” underlined the Chairman of the CEC.

Abdirov thanked the diplomatic corps for the intention to participate in the observation. He assured the CEC would ensure maximum openness, transparency and democratic voting procedures.

The heads of foreign diplomatic missions received exhaustive answers from the Chairman of the Central Election Commission to numerous questions regarding the organization of the upcoming voting and the election observation process.

Heads of Kazakhstan's diplomatic missions abroad, and OSCE/ODIHR and CIS election observation missions to Kazakhstan also participated in the briefing.

Subscribe to our Telegram channel and be the first to know the news!
Next news
Kazakhstan's foreign policy in focus of Andorran diplomats
Photo day
President of Kazakhstan sends telegrams of condolence to Pakistani leadership

Kazakhstan and the Sultanate of Oman to sign memorandum of understanding