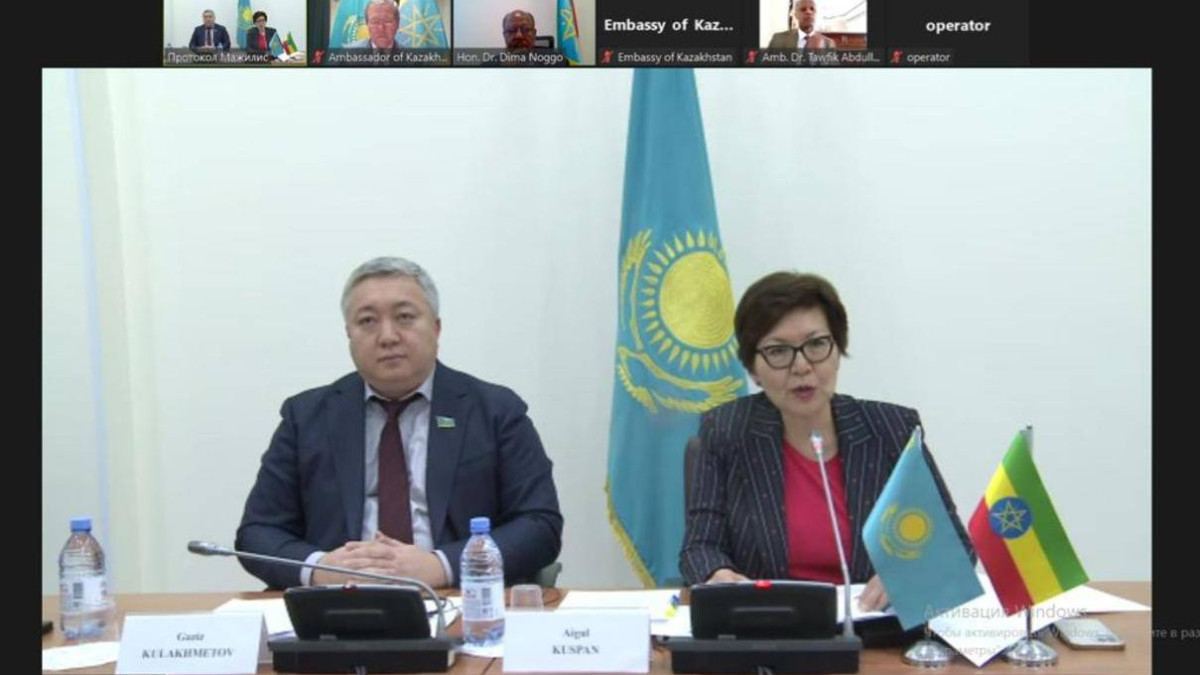 With the assistance of the Embassy of Kazakhstan in Ethiopia, the first inter-parliamentary meeting at the level of deputies of the friendship groups of the parliaments of Kazakhstan and Ethiopia was held in the format of a videoconference, El.kz cites MFA.

The Kazakh delegation was headed by Chairman of the Committee on International Cooperation, Defense and Security of the Majilis of the Parliament of the Republic of Kazakhstan Aigul Kuspan. The Ethiopian Parliament was represented by Dima Noggo Sarbo, Chairperson of Standing Committee on Foreign Relations and Peace Affairs of the House of Peoples Representatives of Ethiopia.

During the meeting, both parties exchanged views on issues on the bilateral and multilateral agenda, as well as prospects for inter-parliamentary cooperation.

The Ethiopian parliamentarians were informed about the current political and economic reforms in Kazakhstan, the results of the early presidential election, as well as about the modern development of parliamentarism in our country aimed at creating a New Kazakhstan.

Dima Noggo Sarbo, Chairperson of Standing Committee on Foreign Relations and Peace Affairs of the House of Peoples Representatives of Ethiopia congratulated President Kassym-Jomart Tokayev with the victory in the elections and wished the people of Kazakhstan success and prosperity.

Following the meeting, the parties agreed to continue the practice of bilateral inter-parliamentary cooperation on issues of mutual interest.

Subscribe to our Telegram channel and be the first to know the news!
Next news
Over 1,000 Kazakhstanis getting treatment for COVID-19
Photo day
Cooperation in field of education with Kazakhstan discussed in Bulgaria