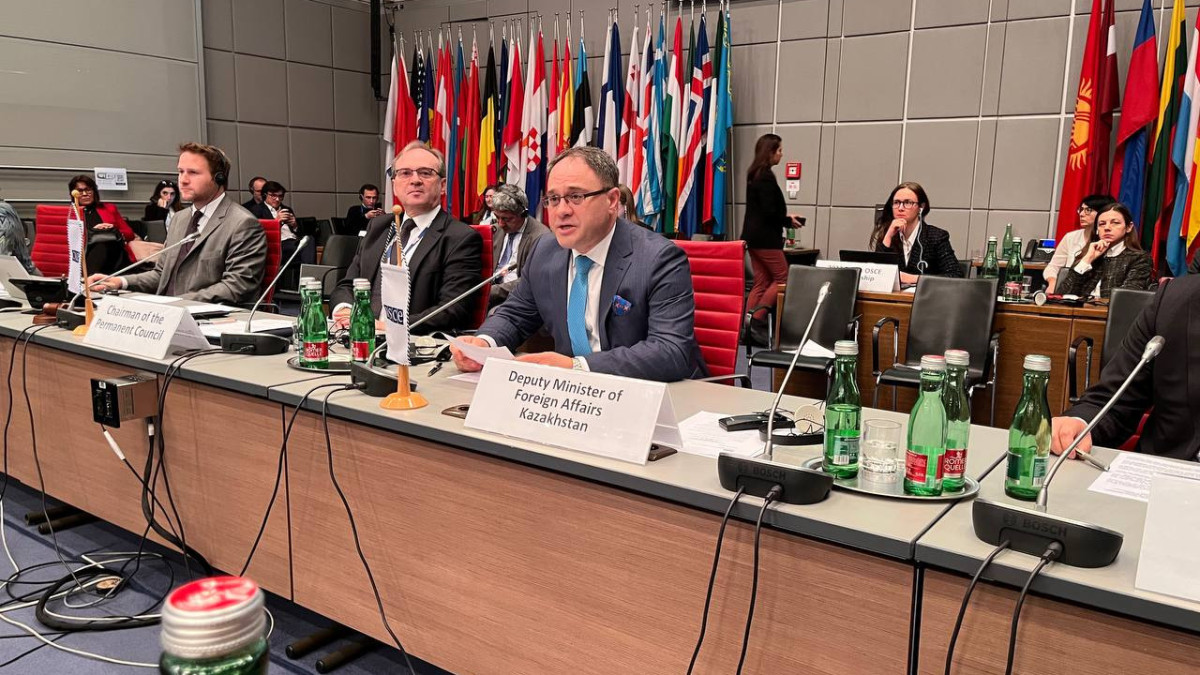 The Kazakh diplomat noted that the President of Kazakhstan, Kassym-Jomart Tokayev, was re-elected by the majority of Kazakhstanis, which was strong evidence of support for the political course of the Head of State, aimed at building a “Just State, Just Economy, and Just Society”.

“The election set a new standard of openness and transparency of the electoral process in Kazakhstan and demonstrated the high level of political culture and maturity of our society” Mr. Vassilenko said.

“We have received strong pledges of support from many of our partners, and hope the OSCE follows in their footsteps and will continue to play an important role in promoting the development and strengthening of democratic processes in our country,” he continued. “At the same time, to make our partnership more productive, a deeper understanding of the entire context of ongoing reforms is needed. This is a challenge that each democratic system faces”.

Addressing the session participants, Mr. Vassilenko also stressed that the current geopolitical situation requires unity within the Organization and called the OSCE countries to cooperate.

In response, the heads of the missions of the European Union, Russia, Great Britain, the USA, Turkiye, Azerbaijan, and Turkmenistan highly appreciated the reform efforts of the President and the Government of the Republic of Kazakhstan. They firmly supported the course toward further democratization of the country, expressing readiness to continue assisting in Kazakhstan's processes.

To further develop cooperation with the OSCE, Mr. Vassilenko met with the Secretary General of the Organization, Helga Schmid, and the Representative on Freedom of the Media, Teresa Ribeiro. They discussed the current situation in the Organization, as well as security issues in the OSCE space in light of the Russian-Ukrainian conflict.

It was noted that Kazakhstan is interested in further strengthening the OSCE as a unique and highly demanded organization whose potential for conflict resolution and development of cooperation is far from being exhausted.

The Deputy Minister also informed Ms. Ribeiro about the country's planned large-scale political and socio-economic reforms and the possibility of further participation by the OSCE in these processes.

The parties discussed the implementation of the previously reached agreements and outlined the prospects for further cooperation in light of the new reforms of the Head of State.

Subscribe to our Telegram channel and be the first to know the news!
Next news
Kazakhstan to launch 45 foreign projects for $ 4 billion
Photo day
2nd Kazakhstan rescue team arrives in Türkiye