Deepening of cooperation with Finland discussed at Kazakh MFA 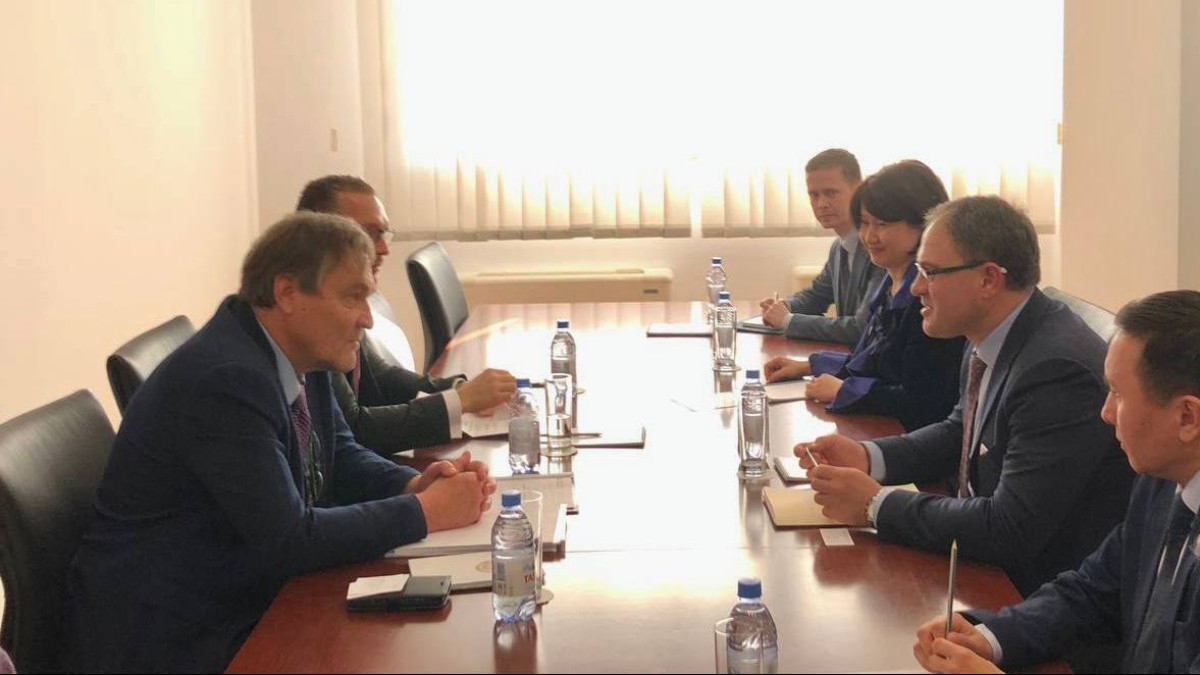 Deputy Minister of Foreign Affairs of the Republic of Kazakhstan Roman Vassilenko met with representatives of the Inter-parliamentary Friendship Group with Central Asia of the Parliament of the Republic of Finland led by the group’s Chair Kimmo Kiljunen, El.kz cites MFA.

Symbolically, the Finnish delegation’s visit comes as the first visit of a foreign delegation of this level to Kazakhstan since the inauguration of President Kassym-Jomart Tokayev. Vassilenko informed the delegation about the recently announced key priorities of the Head of State’s new term in office. The meeting was also focused on political and socio-economic reforms in Kazakhstan and the goals of building a fair state, fair economy and fair society.

Discussing bilateral cooperation, the Deputy Minister underlined that contacts between the parliaments make an important contribution and promote political dialogue of the two countries. He noted the effective role of bilateral Inter-governmental Commission on Trade and Economic Cooperation. Its latest regular meeting took place in Helsinki on October 11 this year. Therefore, he called to further strengthen economic, trade and investment cooperation between Kazakhstan and Finland.

Kiljunen, who is also the First Vice-Chairperson of the Political Affairs and Democracy Committee of the Parliamentary Assembly of the Council of Europe, stressed the importance of further broadening cooperation and bilateral inter-parliamentary contacts with Kazakhstan.

Moreover, the parties discussed interaction between Kazakhstan and Finland in multilateral format as well as international issues.

The visit of the Finnish Parliament’s delegation to the Republic of Kazakhstan takes place within the framework of the 30th anniversary of the establishment of diplomatic relations between Kazakhstan and Finland. Finland is an important partner for Kazakhstan in Northern Europe. There are 45 companies with Finnish participation in the Republic of Kazakhstan. Bilateral trade between the two countries reached 302.7 million US dollars in 2021.

Subscribe to our Telegram channel and be the first to know the news!
Next news
Tokayev arrives in France for official visit
Photo day
Kazakh PM orders accelerated construction of new Shymkent airport terminal