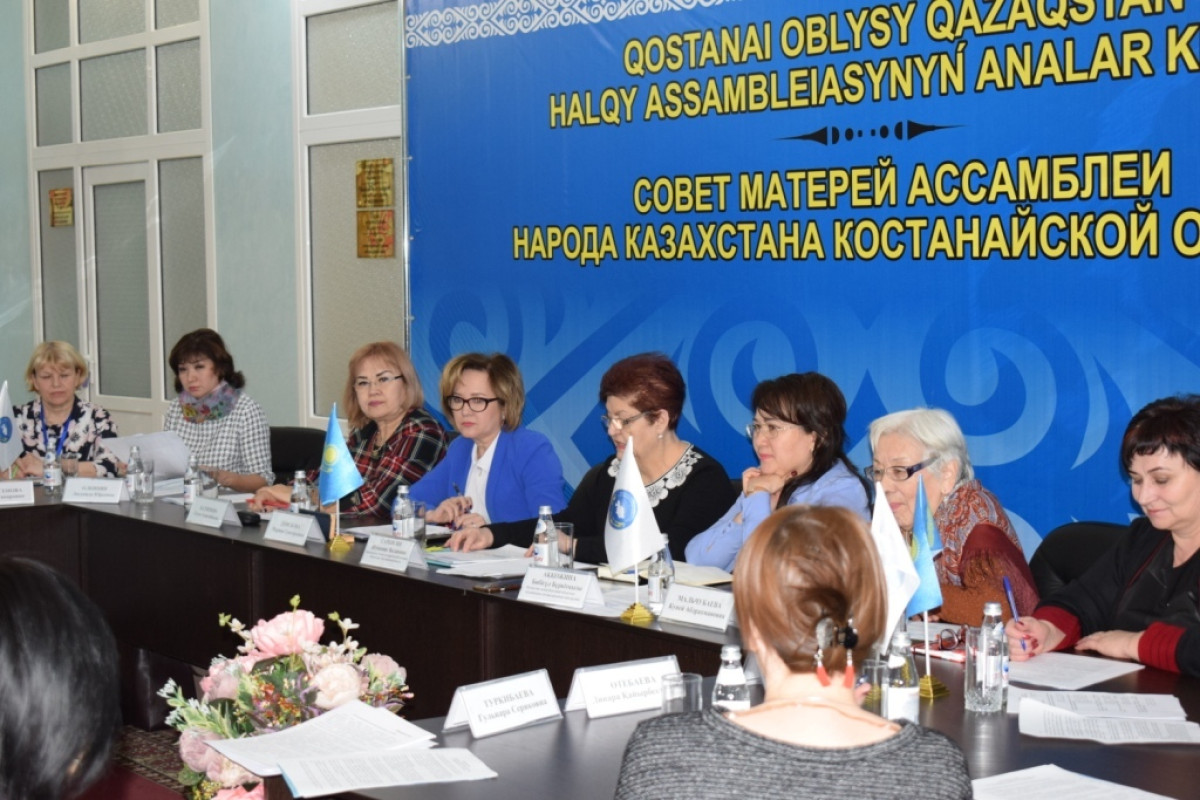 The necessity of development of volunteer movement was discussed at the enlarged meeting of the Regional Mothers’ Council of the Assembly of people of Kazakhstan of Kostanay region.

The declared Year of Youth promises to be rich in terms of various projects, actions and social programs. How to involve in public and charitable activity was discussed at a round table in the House of Friendship.

The chairman of regional Mothers’ Council Shushanik Sarkisyan said the whole plan on work with high schools and SSEI, hundreds and maybe even thousands grateful people who have received the psychological and material help from Kostanay youth will be the result of it.

"At the end of the last year we initiated the action "Day of good deeds". The result was amazing: all people we requested, made a response. As a result for three days 126 children from needy families visited Kazakh Drama Theatre, Aquapark, skated in the Ice Palace and spent almost the whole day in the entertainment center. We were convinced that our people are not indifferent, they just need to offer ideas, and they will support them," S. Vaganovna said.

This is how the plan of charitable projects was born, where everyone can use their skills. For example, bakeries in the city and districts can take part in "Goryachy khleb iz dobrykh ruk" (“Hot Bread from Kind Hands”) campaign. According to Sarkisyan, such an action has already been held in the Naurzumsky district, when the entrepreneur herself distributed fragrant rolls to needy villagers. It should be noted that this initiative has already given rise to local bakers, and very soon free bread will appear in specialized institutions.

“Pereday dobro drugomu” ("Give the good to another") is the name of another project, which was proposed to the students of a highway college.

“Boys and girls can collect and repair old bicycles, rollers, skates and other sports equipment in order to give them to children whose parents cannot afford them. Isn’t it good? And you don't have to help with money. It's not about money, it's about deeds," Sarkisyan says.

"It's a great idea to come to old lonely people with a jar of jam to talk about life over tea. Communication and attention for them is necessary as air", Kharyakov noted.

The importance of preserving the longevity of the older generation was also stressed by Bibigul Akkuzhina, head of the regional APK’s Secretariat.

"This year, together with the party "Nur Otan", "Active Longevity Centre" will be opened in the House of Friendship. The issue of allocating additional space for the full functioning of this project is currently being considered. The center for the elderly will have medical gymnastics rooms, hobby groups, consultations with lawyers and psychologists, and much more. This project is very important, because the old people are the absolute authority of any ethnos. Their wisdom helps us to go in the right direction in life," Bibigul Akkuzhina said.

Also, the experience of volunteering at U. Sultangazin Kostanay State Pedagogical University and Kostanai Higher Medical College was voiced at the meeting.

Subscribe to our Telegram channel and be the first to know the news!
Next news
OLDER GENERATION IS ACTIVELY LEARNING BASICS OF COMPUTER LITERACY IN ASTANA
Photo day
President of Kazakhstan sends telegrams of condolence to Pakistani leadership