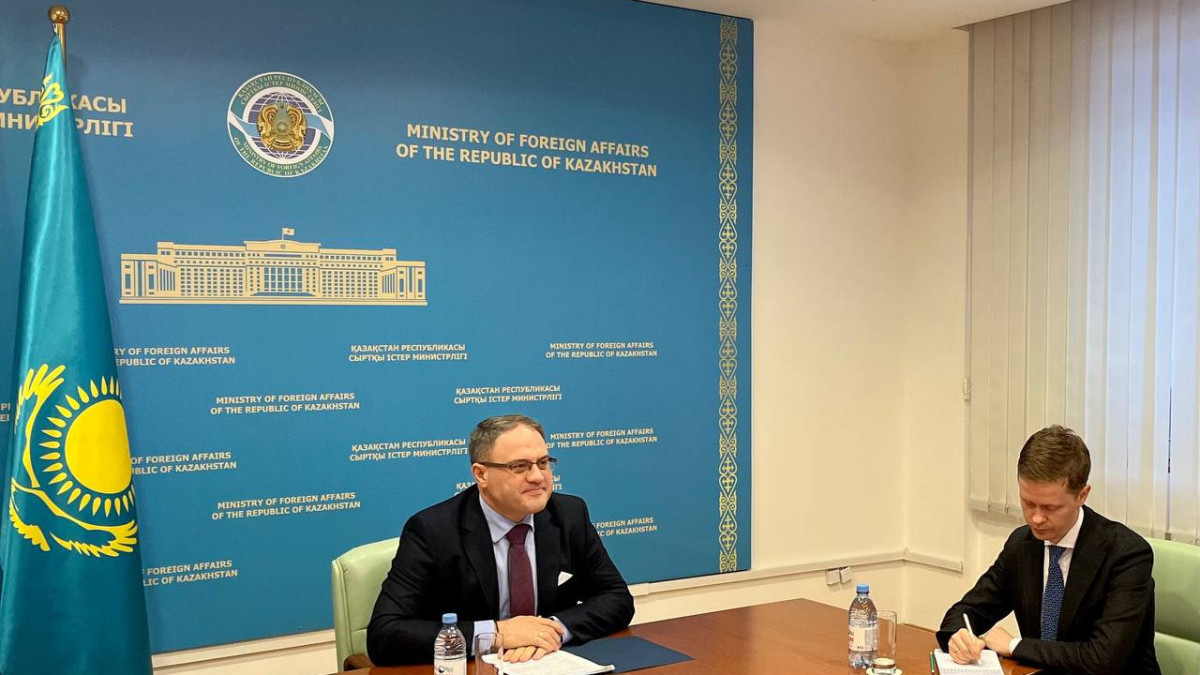 Deputy Minister of Foreign Affairs of the Republic of Kazakhstan Roman Vassilenko held a videoconference meeting with Parliamentary Under Secretary of State (Europe) of the Foreign, Commonwealth and Development Office of the United Kingdom of Great Britain and Northern Ireland Leo Docherty MP, El.kz cites MFA.

The two officials exchanged views on key aspects of the Kazakh-British cooperation and discussed upcoming bilateral events, including high-level visits and preparation for the 6th session of the Strategic Dialogue between Kazakhstan and the UK.

In addition to the Strategic Dialogue at the level of Foreign Ministers,
Vassilenko noted the importance of promoting engagement within the framework of Kazakh-British cooperation mechanisms such as the Inter-Governmental Commission on Trade, Economic, Scientific, Technical and Cultural Cooperation and the Business Council.

Political and socio-economic reforms in Kazakhstan as well as the goals of building a just state, a just economy and a just society were also discussed during the videoconference. The Deputy Minister informed about the priorities of President Kassym-Jomart Tokayev after his re-election for a new term in office.

Concluding the meeting, the Kazakh and British parties agreed to maintain close dialogue at the level of foreign ministries to further strengthen and deepen fruitful cooperation between Kazakhstan and the United Kingdom.

Subscribe to our Telegram channel and be the first to know the news!
Next news
Say the good of the good
Photo day
Kazakhstan wins bullet shooting competition in Indonesia

Cooperation in field of education with Kazakhstan discussed in Bulgaria