If you are traveling in South Kazakhstan, you should visit these places in article. 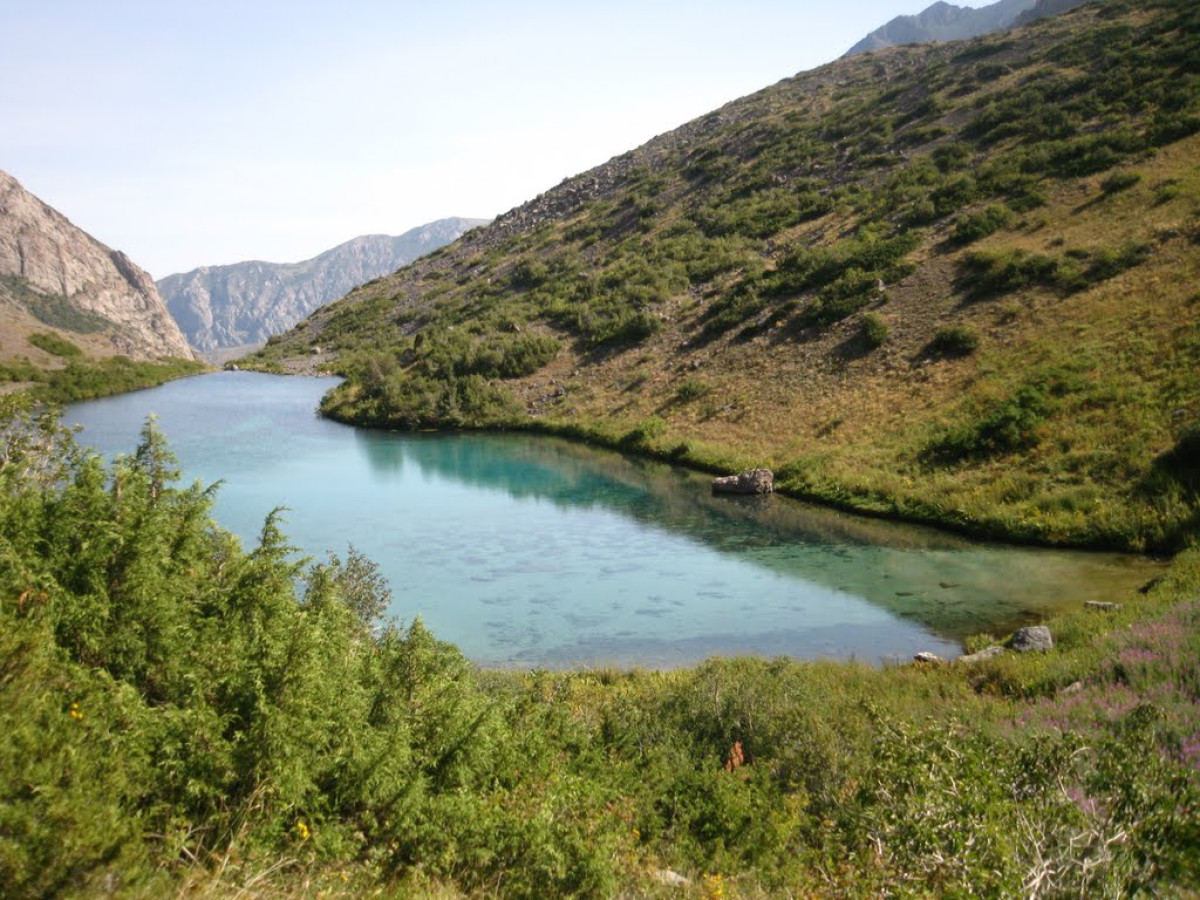 If you are traveling in South Kazakhstan, you should visit these places below. They are all holy places and wonderful nature areas well known not only in Kazakhstan but also in Central Asia. 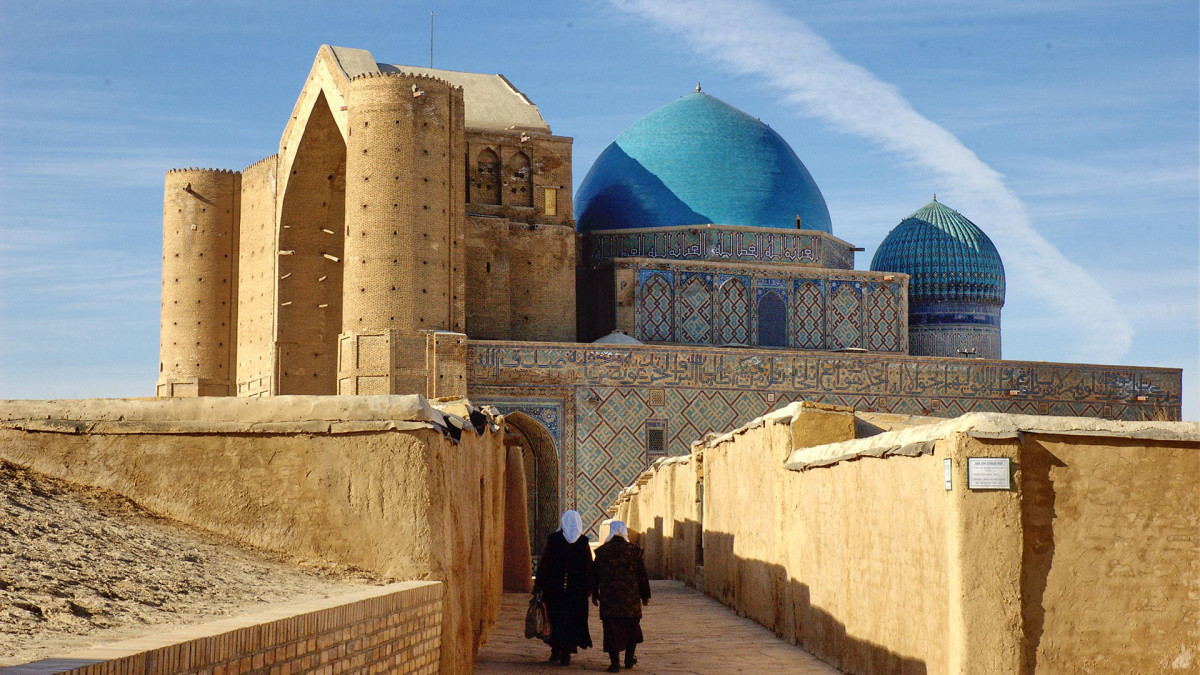 1. Akhmet Yassaui Mausoleum in Turkistan was established on the grave of a famous ancient Turk poet, a preacher of Sufism, lived in the XII century, Akhmet Yassawi.

In the XIV century the famous leader of Mongol and Turkic people Amir Temur ordered to build this Mausoleum. 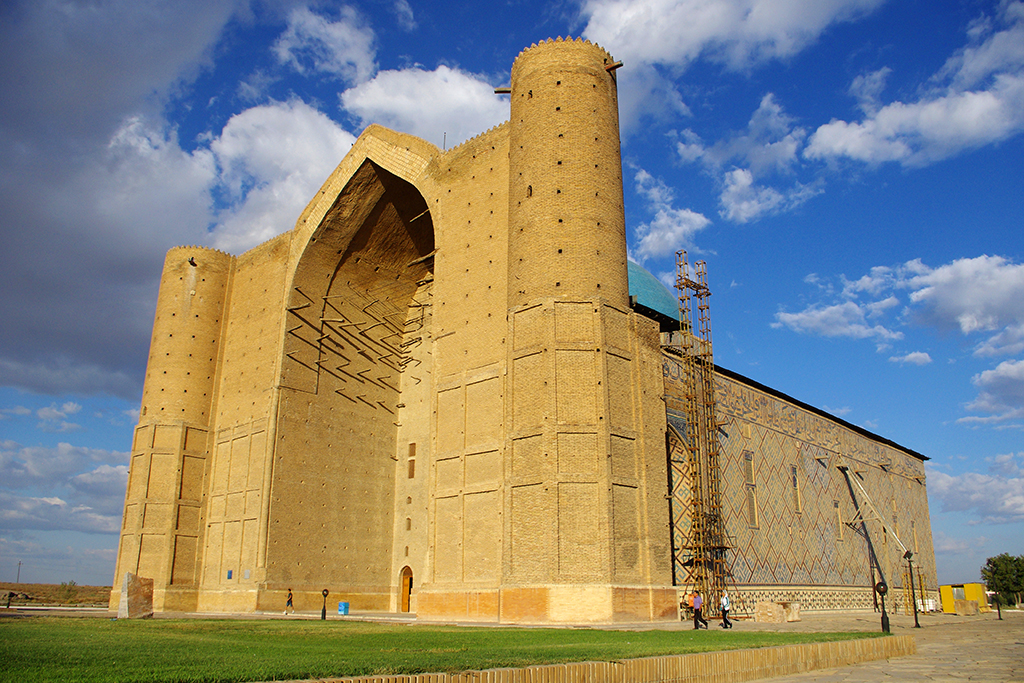 The width of Akhmet Yassawi Mausoleum is 46,5 m, the length is 62,5 m. This symmetric straight building has 35 halls and rooms. 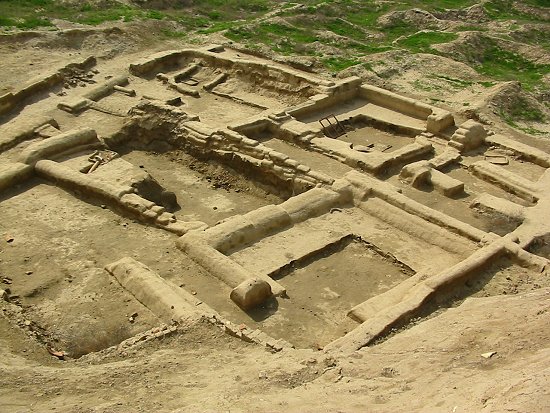 2. The ancient settlement of Otyrar dates back to the period from the first centuries of our era to the XVIII century. It represents the remains of the famous medieval city of Otyrar, which is mentioned in almost all geographical and historical writings of the medieval cities of Semirechye and in the registry of the cities of Ispidzhab.

This city is also associated the name of one of the most famous and prominent philosophers of the East Abu Nasr al-Farabi, who was born, lived and worked in Otyrar.

Today, the ruins of the city represent more than 130 monuments of the past, where the work on their preservation and conservation has been still doing. The city was situated on the South of Kazakhstan near the village Talapty. 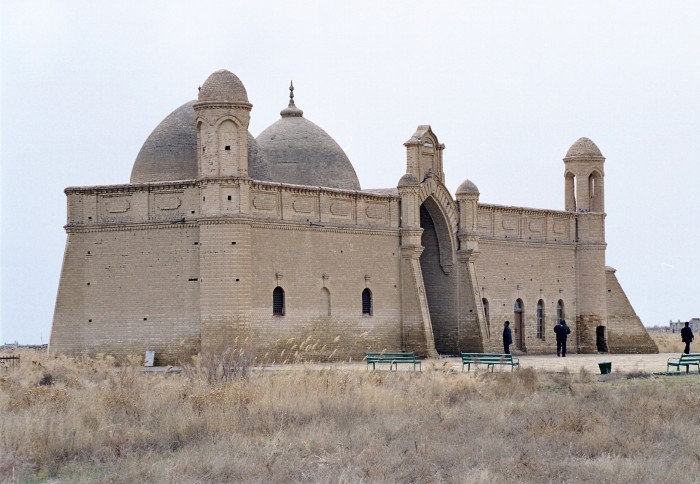 3. The Mausoleum of Arystan-Bab is the mausoleum on the grave of the teacher and spiritual mentor of Khoja Ahmed Yasawi, religious mystic and preacher of Arystan-Bab who lived in the XII century. The first building of the mausoleum concerns to XIV-XV centuries. According to some researchers, it underwent evolution, similar to Sairam mausoleums and have not reached our days.

Currently, over the grave of Arystan Bab there is the Mausoleum of a square 35х12 meter, built of burnt bricks on an alabaster solution, in the front and back walls. The mausoleum is one of the Muslim shrines in Central Asia and is a place of pilgrimage for Muslims from all over the world. 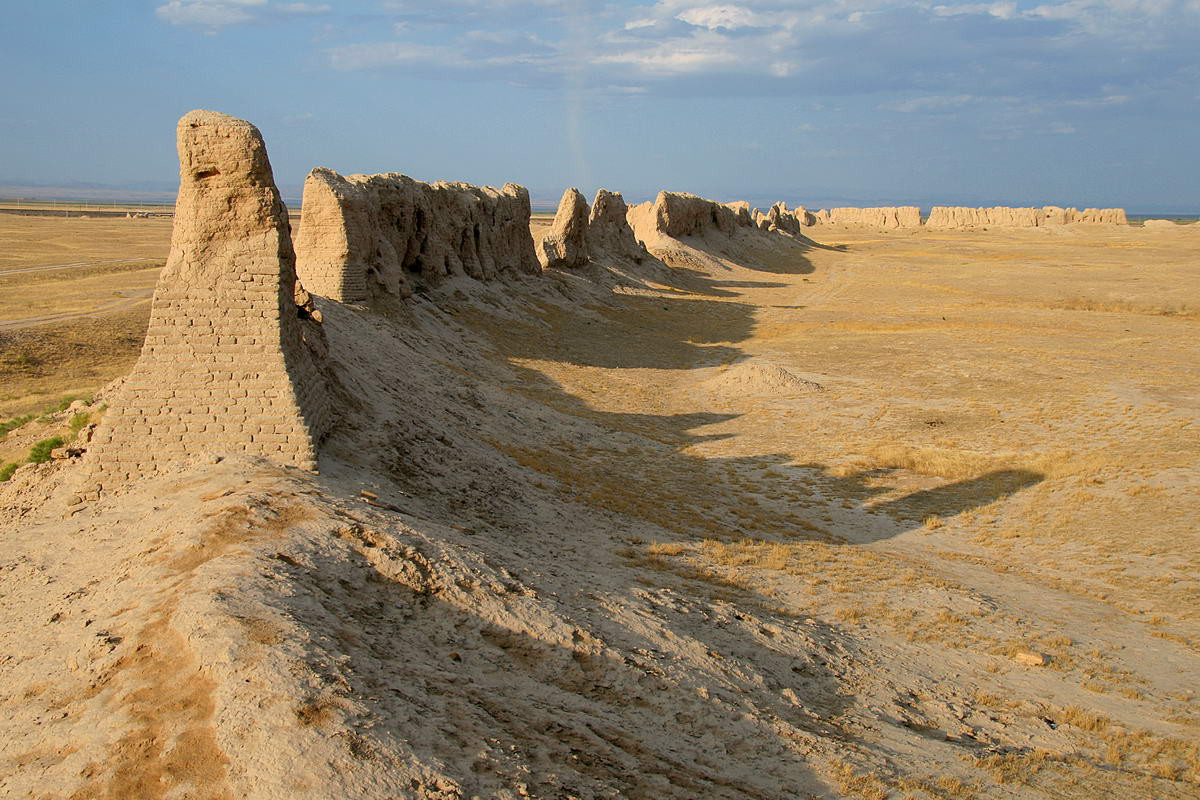 4. The city of Sauran existed in two places: in the pre-Mongol period (VI-XII cc.) it was located on the site of Karatobe and Sauran, and in XIII-XVIII centuries it was moved to a new location, and it corresponds to the eponymous monument.

The ancient settlement Sauran is an oval in plan area, extending from north-east to south-west by 800 m north-west to south-east to 550 m. Even now, well-preserved crenellated walls with loopholes, far-projecting massive round towers are seen very well. The ancient settlement is situated at the junction of South Kazakhstan and Kyzylorda region, 40 km away from north-west of Turkestan. 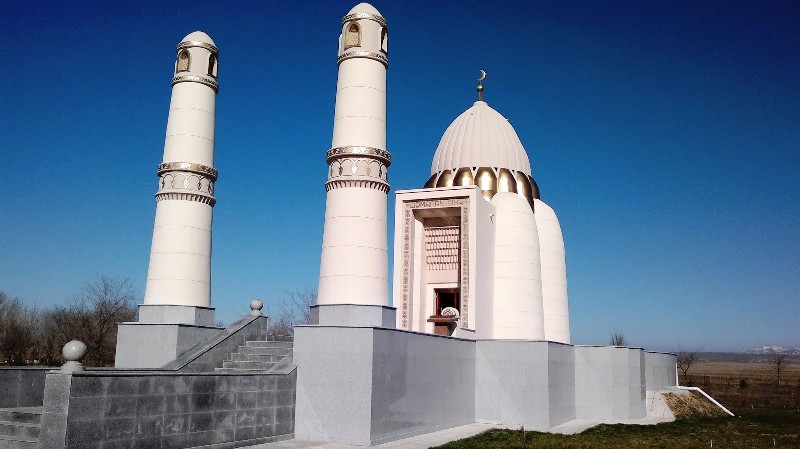 5. The Domalak Ana mausoleum is an architectural monument of the XI century. It is located in the South Kazakhstan region, on the southern slope of Karatau, in the valley of Balabogen.

The mausoleum was erected over the grave of Nurila Ali Sylankyzy, popularly known as Domalak Ana. It is a symbol of motherhood and kindness of Kazakh people. She was the third wife of Baidibek Karashauli Batyr, who ruled the tribes that inhabited the Semirechie, the mother of Alban, Suan, Dulat. A humble, loving mother, giving her love to all children, a psychic, she had the gift to foresee the future. 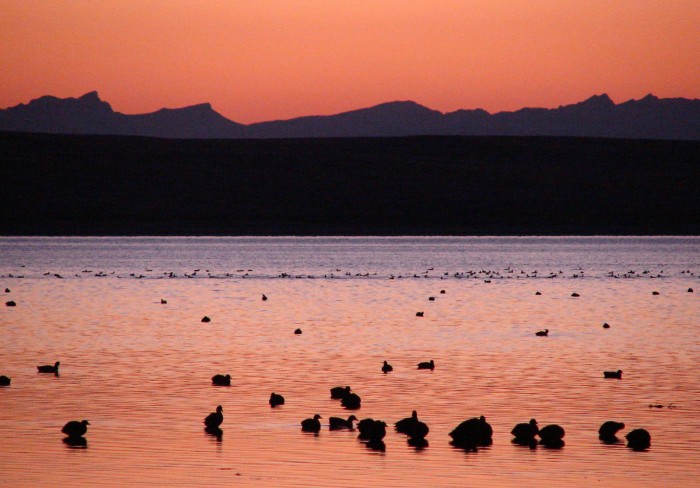 6. Kyzylkol Lake is located in the semi desert zone, 5 km away from south-west of the village of Kumkent, South Kazakhstan region. The lake is one of the best places for bird watching in Kazakhstan. Among the interesting species we can mention the Pink Pelican (Pelicanus onocrotalus) and Dalmatian Pelican (Pelecanus crispus), white-tailed Eagle (Haliaeetus albicilla), Great cormorant (Phalacrocorax carbo) and pygmy cormorant (Phalacrocorax pygmaeus), Black vulture (Aegypius monachus), Golden eagle (Aquila chrysaetos) and many other interesting birds. 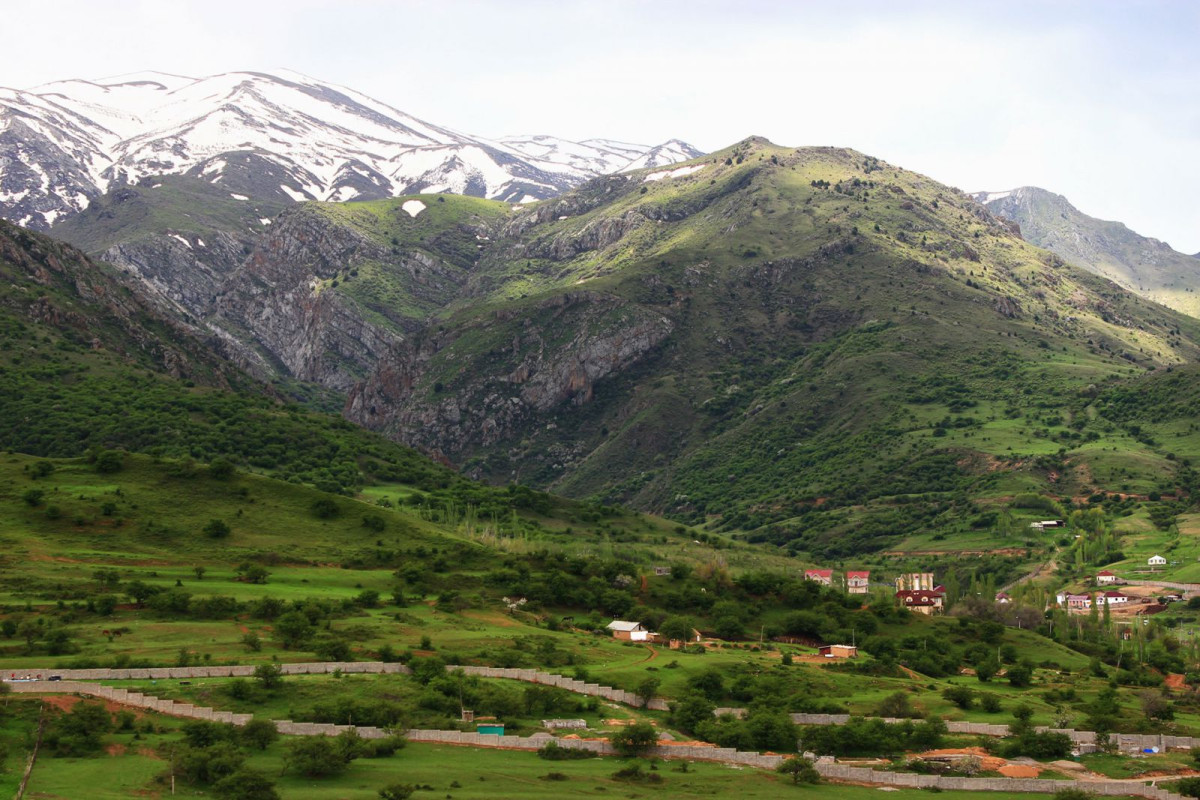 7. The tract Burgulyuk is a wonderful place in South Kazakhstan region, which is famous for its nature. Here, along the ravines, through rocky riverbed, absorbing the life-giving force of mountain springs, the river Burgulyuk flows. Its pure cold water nourishes lush greenery of the gorge and brings coolness.

The area is rich with green life: hawthorn, barberry, rose hips, apricots thickets, Apple trees, abundance of conifers, which provide the local air. In general, the local nature has a stimulating effect on the respiratory system, cardiovascular system, toning effect on the central nervous system and promotes elimination of various diseases. 8. The Sairam-Ugam State National Natural Park was founded in 2006 and is located in the north-western part of the Ugam ridge of the Western Tien-Shan.

The Park has 7 natural zones, beginning with the mountain-steppe to Alpine, where you can meet 1635 species of plants, 59 species of mammals and 300 species of birds. 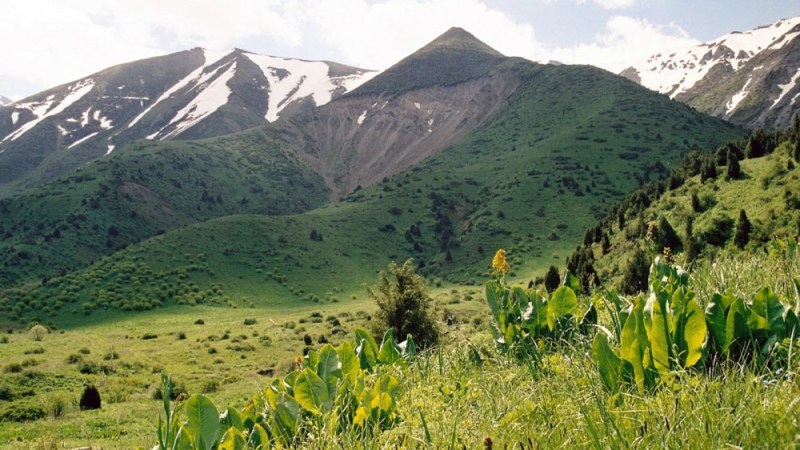 9. The reserve Aksu-Zhabagly is one of the oldest and largest in Central Asia reserves. Visiting it, you can get acquainted with rare species of animals and plants that are found nowhere else. It is located in the mountains of Talasskiy Alatau in the Western Tien Shan. 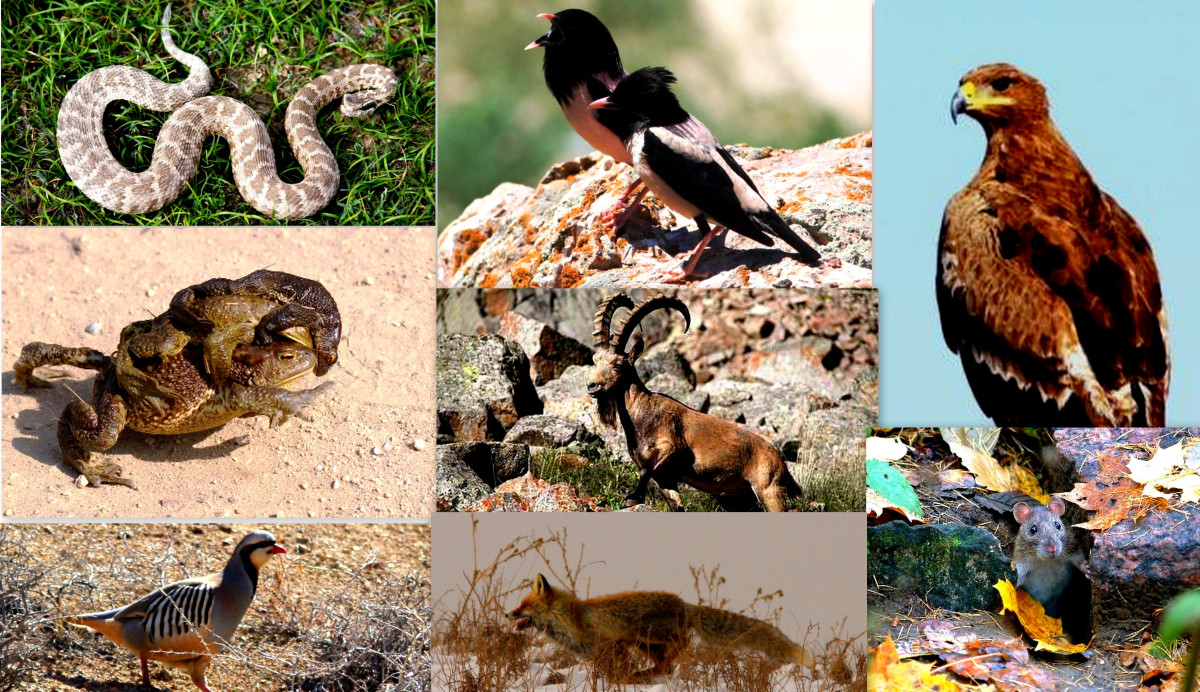 The Aksu-Zhabagly nature reserve is a natural area where there are approximately 173 species of vegetation. They are not only trees, but also mushrooms, more than 63 species of lichens and algae and nearly 1400 species of higher plants. The Aksu-Zhabagly is an amazing place where nature has collected the most unique creations. It is no wonder that the emblem of the reserve is the Greig’s Tulip, whose petals rare purple color and reach a length of 15 cm. 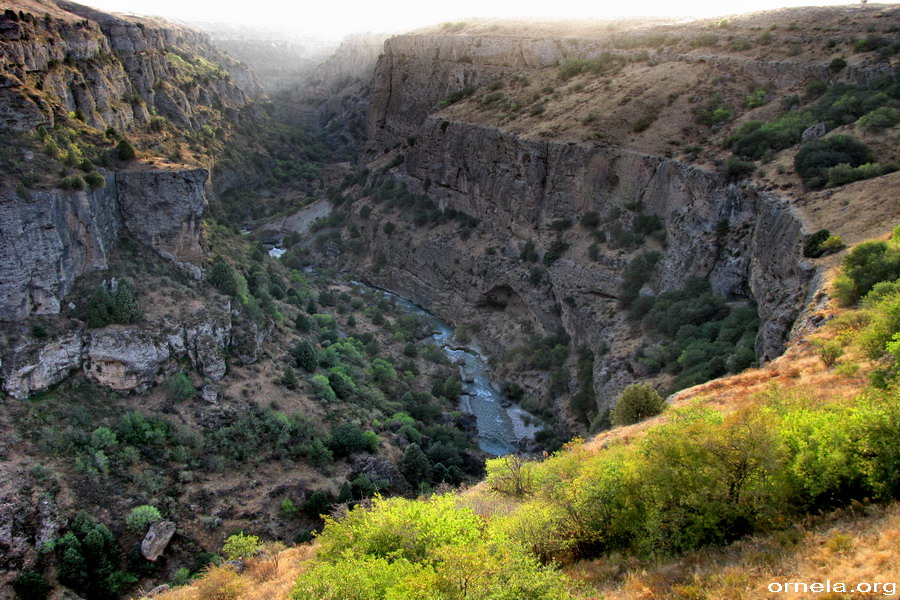 10. The central place in the Aksu-Zhabagly Reserve is the canyon of the Aksu river, with a depth of about 1800 m. The Aksu Canyon is not only a part of the natural reserve, but also a paleontological park with ancient rock paintings.

Well warmed by the sun the rocks and the mountain river providing humidity of air, create the canyon microclimate of a natural greenhouse; and in addition to the plants found on the territory of the reserve, it is possible to see also horsetails, ferns, relic plants of bygone eras in the canyon.

Subscribe to our Telegram channel and be the first to know the news!
Next news
The place of fishing without leaving the city
Photo day
Experts of Ethiopia highly appreciated results of presidential election in Kazakhstan