About the freestyle school of Kazakhstan

The coach of the national team of Kazakhstan in freestyle mogul skiing shared the impressions from the performances of their athletes with the El.kz journalist. 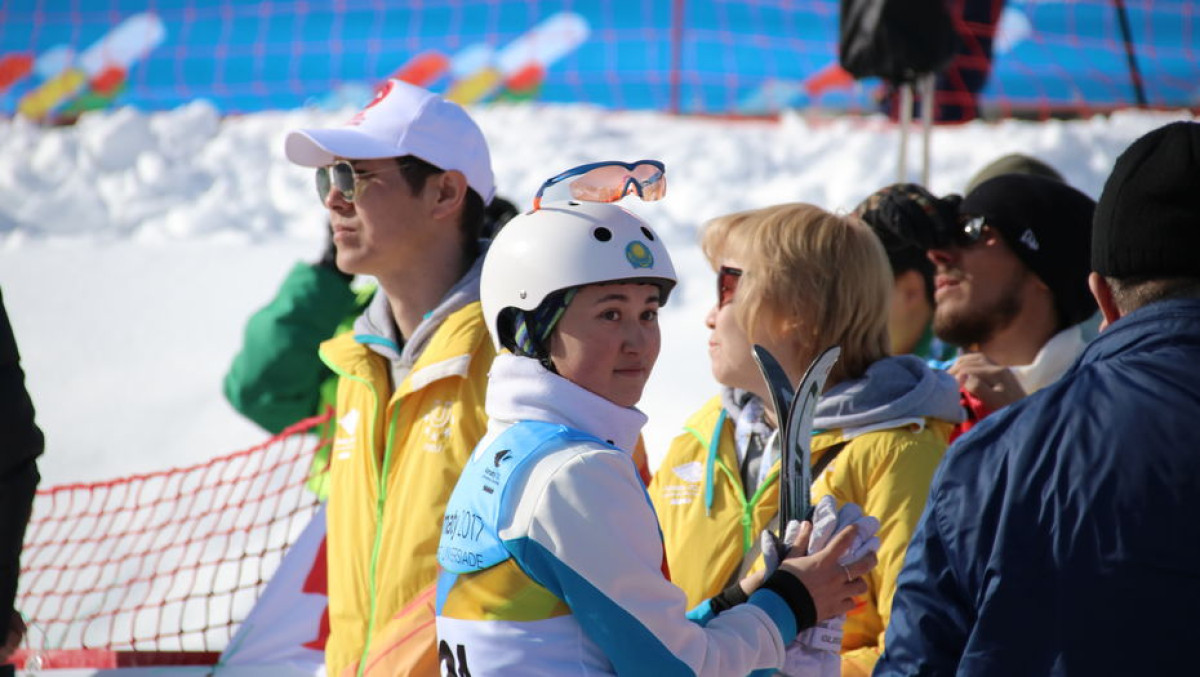 The coach of the national team of Kazakhstan in freestyle mogul skiing shared the impressions from the performances of their athletes with the El.kz journalist.

Freestyle skiing has become Kazakhstan’s most successful sport at the last Universiade. The Kazakh athletes won five gold medals, three bronze medals and one silver medal. According to Elena Kruglykhina’s opinion, this result should not surprise anyone.

“The freestyle school of Kazakhstan is one of the strongest in the world. We compete with such monsters as the United States and Canada. More and more children are coming to our school to study every year. The only lack is a greater number of qualified coaches; however, I think that the situation is changing. Though not as fast as we want”, - she says.

The interesting thing is that the coach singled out the experience as the strength of the young, at first glance, athletes.

“The secret of success, perhaps, is that our guys are more experienced. Our sport is quite young, since15 years old our athletes have taken part at the international level”, - highlighted Kruglykhina.

The greatest success in freestyle mogul has been made by Dmitry Reiherd and Yulia Galysheva who won 2 gold medals of the Universiade. At these competitions Kruglykhina was one of the group mentors of the team. All the coaches prepared athletes in freestyle mogul skiing as well as in freestyle acrobatics. Kruglykhina said that before the competition she trained Galysheva and Kolmakov, the bronze medalist of the Universiade. Here is what the coach says about her students:

“With Yulia Galysheva we have been working for 3 years, she is an experienced and professional athlete; it is very easy to work with her. With Pavel we have been together for a year. He is young, but in the same way, a professional athlete who already won medal at the junior world championship last year. Working with him is very interesting, sometimes we try new jumps together, choose and invent exercises for general physical training”,- says the coach. 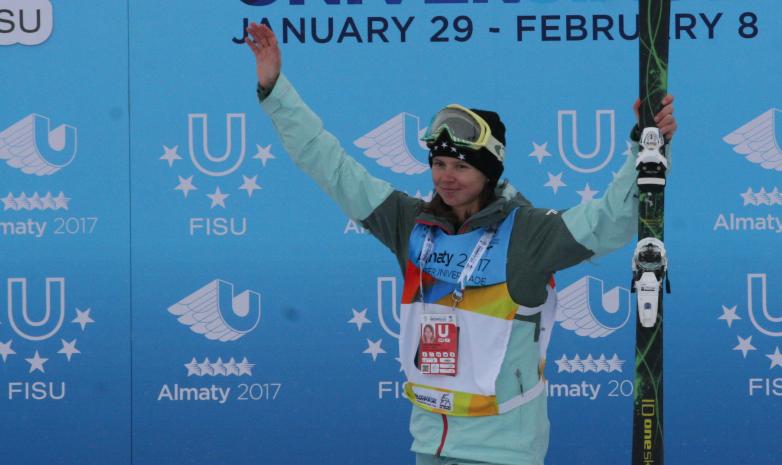 On the photo: Yulia Galysheva

Kruglykhina emphasizes that in working with her students she tries to provide them with freedom in the field of creativity.

“I give a chance to our students to approach the matter creatively. Of course, we have a training plan, but it is flexible”, - she says. 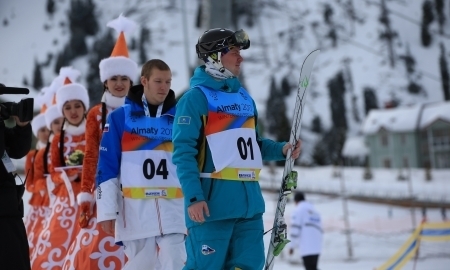 On the photo: Dmitry Reiherd

One of the favorites of the Universiade in freestyle skiing before its beginning was Zhanbota Aldabergenova. In the individual program, the athlete took the third place. But in the doubles together with Baglan Inkarbek she won the gold medal. Kruglykhina has a very high opinion of Zhanbota’s talent.

“Zhanbota is our pride. It was obvious that she was worried a little more than usual, still it was a big responsibility. They say that houses and walls help; yes, they do, but the athlete also feels higher psychological stress than usual. That is because he does not want to disappoint the supporters and the country. Zhanbota did all neatly, but the Chinese athlete’s jump was higher on the points”, - explains the coach. 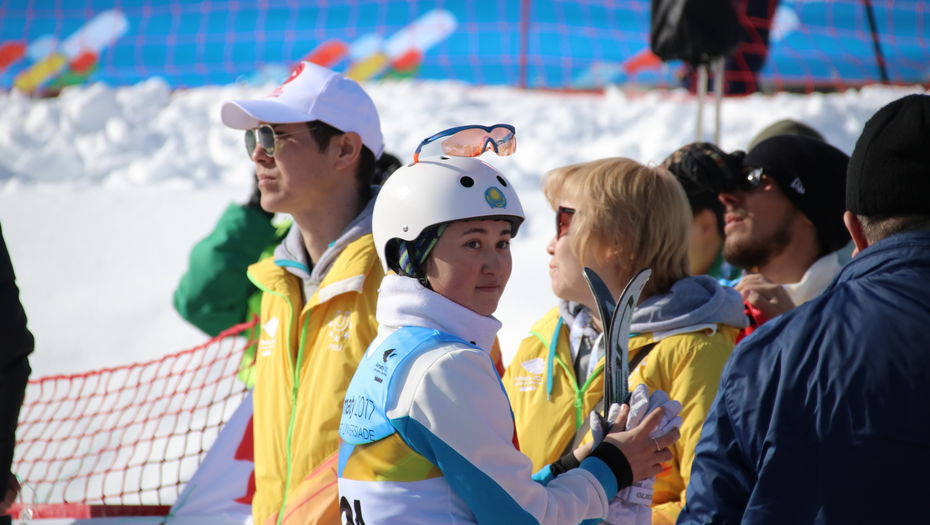 Kruglykhina noted that preparation for Universiade was the most serious. In her opinion, the name and the status of tournament do not matter, and any competition should be approached very responsibly. This approach was justified by the specificity of the sport.

“Any competition is a serious challenge, in my opinion. We have an extreme sport; the athlete must be focused and concentrated on his every movement. Therefore, we take a responsible approach to any launches, the championship of Kazakhstan or Olympic Games – in this respect there is no difference”, - said Kruglykhina.

An experienced mentor knows what he is talking about - in the 90s she participated in superiority of the country and won prizes.

Nevertheless, the status competition, of course, is the Olympic Games. In front of the struggle for the license, and while, it is definitely too early to say who will go to Pyeongchang. However, the predictions are not banned.

“Now we are awarding the license. Firstly, they are Galysheva, Reiherd, Kolmakov, Barmashov. Also, there are young athletes who will also try to get a license for the Olympics, they are Oleg Tsin, Alexander Gebert, Ayaulym Amrenova”, - the coach shared expectations.

At the moment Elena Kruglykhina together with the athletes are already in Korea, at the test events of the Olympic track.

“We have not got on the track yet, only saw it from the side. Everything is at the Olympic level, there are nuances, of course, but you need to understand that this is not the athletics stadium. So that, the track is built out of snow”, - says the coach.

In conclusion, Kruglykhina assessed the last Universiade. She believes that the level of organization of competitions can be a reason of speaking about more serious events in the future.

“It was not without problems, there was even a tragedy, which is very sad... But the organization and tracks were at the highest level. Special thanks to everyone for that! I think we are ready to hold competitions of a higher rank”, - highlighted the coach.

Subscribe to our Telegram channel and be the first to know the news!
Next news
Makpal Zhunusova
Photo day
Political Reforms and international initiatives of Kazakhstan commended in Geneva