The history of Kyzylorda in numbers

We are offering you our review Kyzylorda is a significant city in Kazakhstan. The first capital of the Kazakh Autonomous Soviet Socialist Republic was established here. But in addition to this fact in the history of the city from the fortress to the present day, there are a lot of interesting points. To keep track all milestones in the development of Kyzylorda, we are offering you our review. 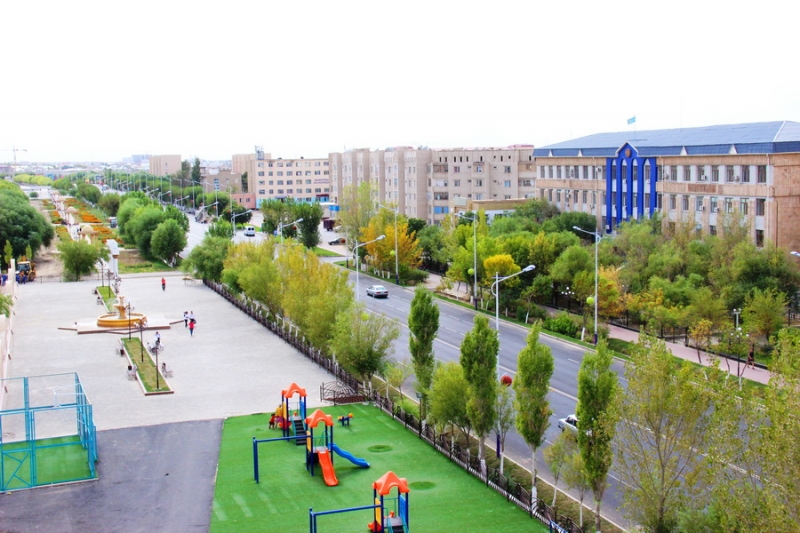 1818 – this date can be considered the starting point of the city history. This year the fortress of Akmechet was founded. The Kokand ruler Omar Khan conquered the territory from the lower reaches of the Syrdarya River and up to the Kamchatka. Akmechet became the North-Western pillar of his khanate. 1853 – consolidation of Akmechet, which at that time was dominated by Khan Yakub-Bek, the storm of troops under the command of the Governor-General of Orenburg, V. A. Perovsky. After the victory of Russian, Akmechet was renamed the fort Perovsky. 1867 – the fort Perovsky received the city status as the result of the formation of the Syrdarya region. The Kokand Kingdom was completely conquered.

1901-1906 – the construction of the railway, en route from Orenburg to Tashkent. The railway passes through Perovsky, which contributes to a sharp increase in the population. The need of the city infrastructure appeared, which later filled with workshops, schools and windmills. Also a depot, a station and a brick factory were built. The number of people residing in the city in this period was 8328 people. 1917 – the Soviet power was established in the city.

1925 – the V Congress of the Kyrgyz Autonomous Soviet Socialist Republic decided to move the capital to Akmechet. Previously it was located in Orenburg. There was a need to rename the city again. Now Akmechet was called Kyzyl-Orda. At the same Congress it was decided to restore justice and to return people their historical name “Kazakh” instead of “Kyrgyz”. Accordingly, the Republic was renamed the Kazakh ASSR. For twenty years, population growth in the city had amounted to more than 13 000 people. Cultural and educational life of the city was also booming. Such widely known figures as Saken Seifullin, Ilyas Zhansugurov, Beimbet Maylin began their writing career in this region. 1929 – Kyzyl-Orda was deprived the status of the capital. Now Alma-Ata became the capital city.

1930-1940 – Kyzyl-Orda was transformed from the regional center into the oblast center. During this period, the number of people living in the city greatly increased. It happened mainly as a result of migration. From many regions of the USSR people flocking here for various reasons: some were deported, some were sent to political exile or were evacuated from territories seized by the fascists. Thus indigenous Kazakh population was diluted by Poles, Ukrainians, Belarusians, Germans, and Koreans.

1940-1958 – this time on the Syrdarya, there was the construction of the first Kyzylorda dike and dams to protect the immediate area from floods.

1960-1970 – the production industry set up in the city at an accelerated pace. The working system included such plants as: rice, mechanical, pulp and paper, shoe factory, meat; the TPP-6 was exploited.

1980-1990 – Kyzyl-Orda was expanded and built up: high-rise buildings with its architecture appeared, residential neighborhoods were formed. These buildings have still made up a large part of the city.

1997 – by the decree of the President of the Republic N.A.Nazarbayev  the spelling of the city name was changed. Since that time, Kyzyl-Orda is written as “Kyzylorda”. Now it is a developed city with a unique culture and a thriving industry. At the moment there is the active development of the left bank of the Syrdarya. Previously the whole “life” of the city was centered on its right bank.

Subscribe to our Telegram channel and be the first to know the news!
Next news
“We need to create the mentality of the metropolitans” - Serik Buksikov
Photo day
Experts of Ethiopia highly appreciated results of presidential election in Kazakhstan