The majority of buildings and the names are original too 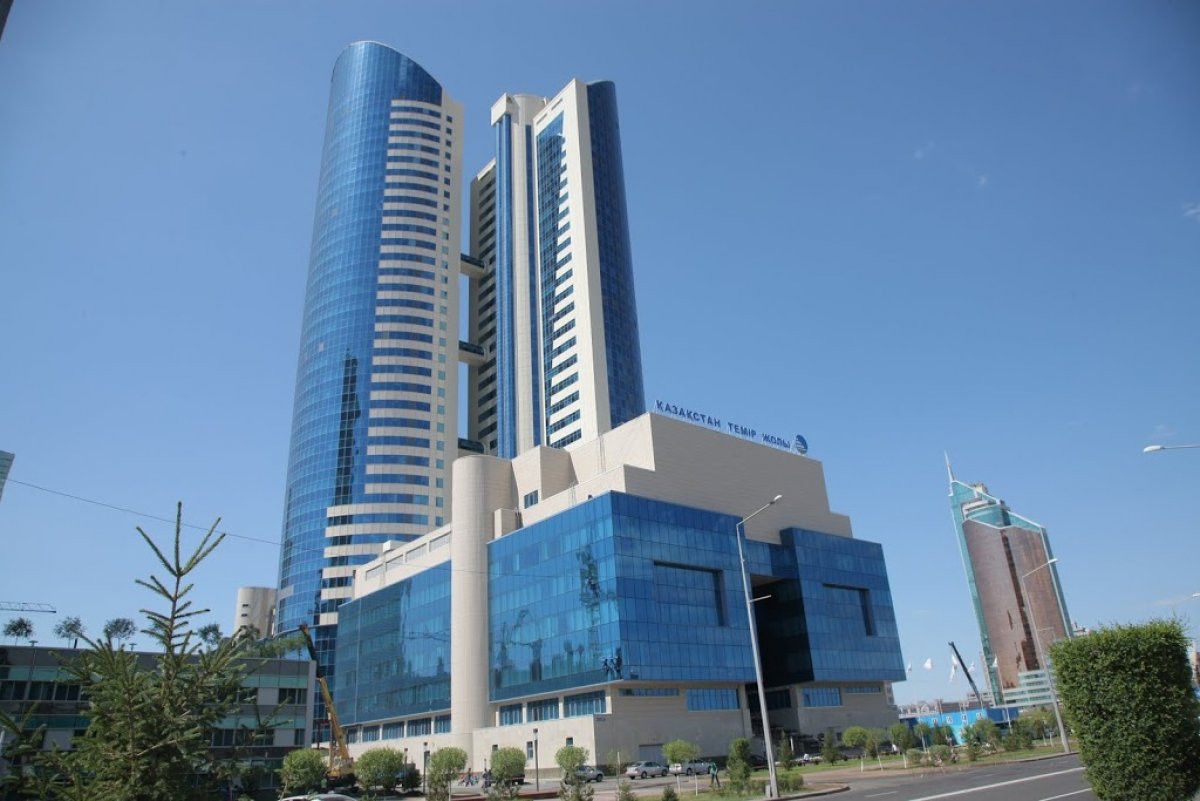 Astana has a lot of unique architecture. The majority of these buildings and the names are original too. But people, in order not to create unnecessary difficulties, dubbed the capital’s architecture in their own way. It should be noted that these names are not only accustomed, but, in some ways, have replaced their original names. We offer you a selection of buildings which received adorable and non-adorable nicknames from citizens. 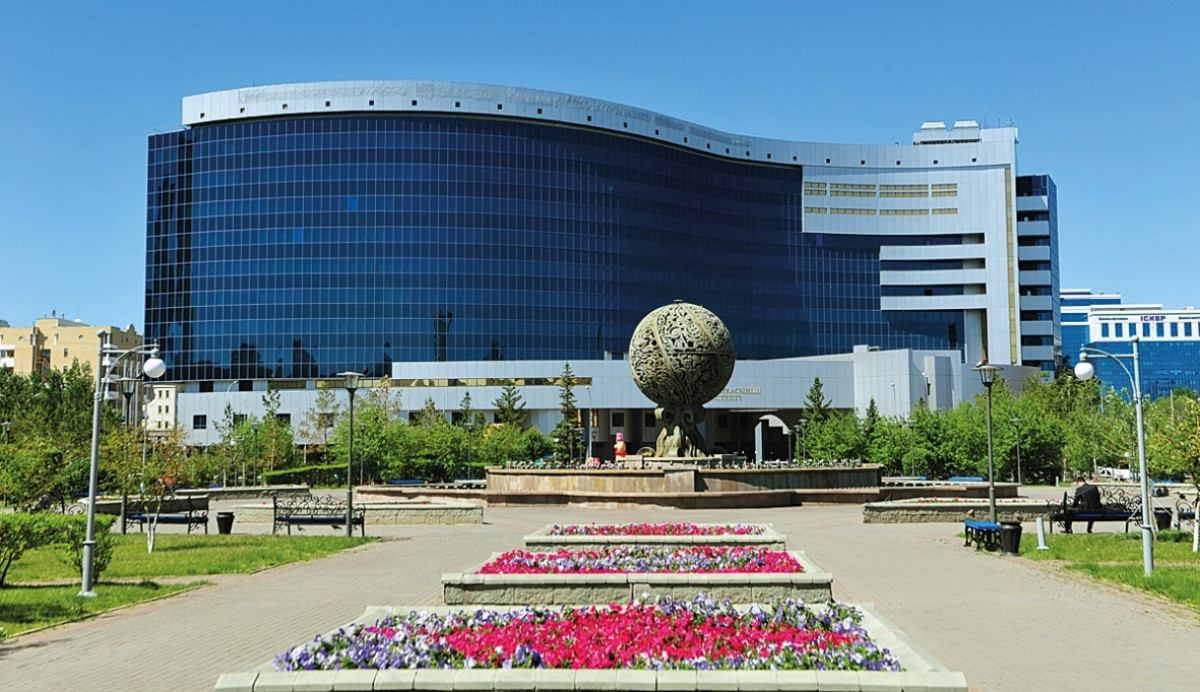 One of the first administrative buildings appeared in the new capital is the Ministry of Finance of Kazakhstan, located on Victory Avenue. By the architect Vladimir Laptev’s plan, the form of the structure was supposed to resemble a fluttering flag. But the townspeople see otherwise. The building immediately acquired the second name – “dollar”. Let us note that this name is suitable to the Ministry of Finance could not have come at a better time: it does not resemble only in its shape of the sign $, but has a direct relationship to that currency. 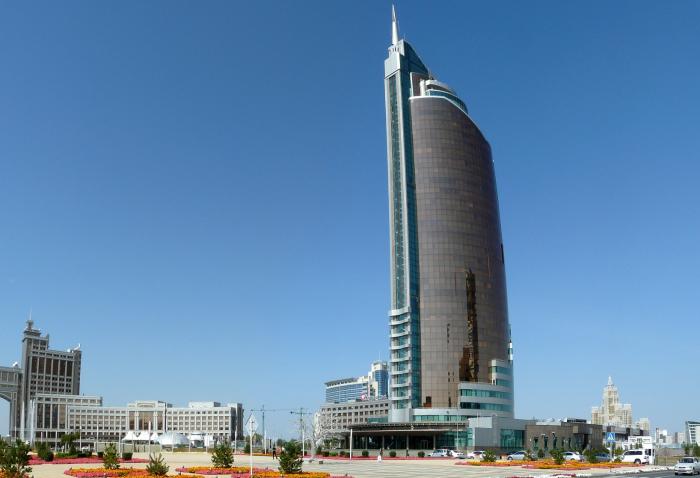 In this building, which another Ministry occupies, Ministry of Transport and Communications, also received the second name. Transport Tower (this is the name of the building in official documents), thanks to its architecture, and reminds a lighter. It was immediately called “Lighter”. Even Ministers have already accustomed themselves to this title. But as they say, give a dog a bad name and hang him. The “Lighter” in the history of its existence has burned twice. This building is also called a “stub”, but it is not widely known. 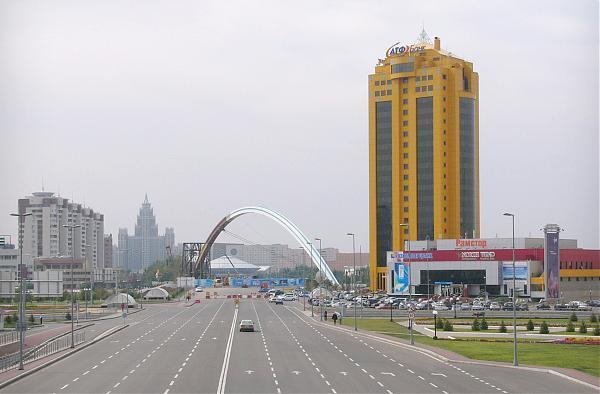 The building of the business center Astana Tower is located in the residential district “Samal” at the border of the right and left banks of the capital. For the bright yellow color and elongated shape, people call “carrot” this 21-story building. “Astana Tower” stands out significantly on the background of low and faded architectural buildings of the old city. 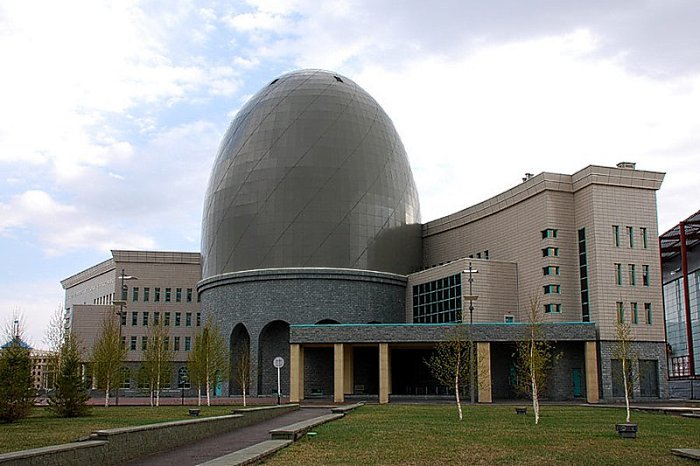 The building of the State archive of Astana, built in 2003, has received from people another name “egg”. And, I must say, it is not groundless. The domed form of the store, whose shape meant constancy and continuousness, looks like a giant egg. The guests of the capital often use this distinguishing sign as a landmark to avoid getting lost. On Nurzhol Boulevard, you can hear “I am standing at the egg”. And it is not considered absurd. 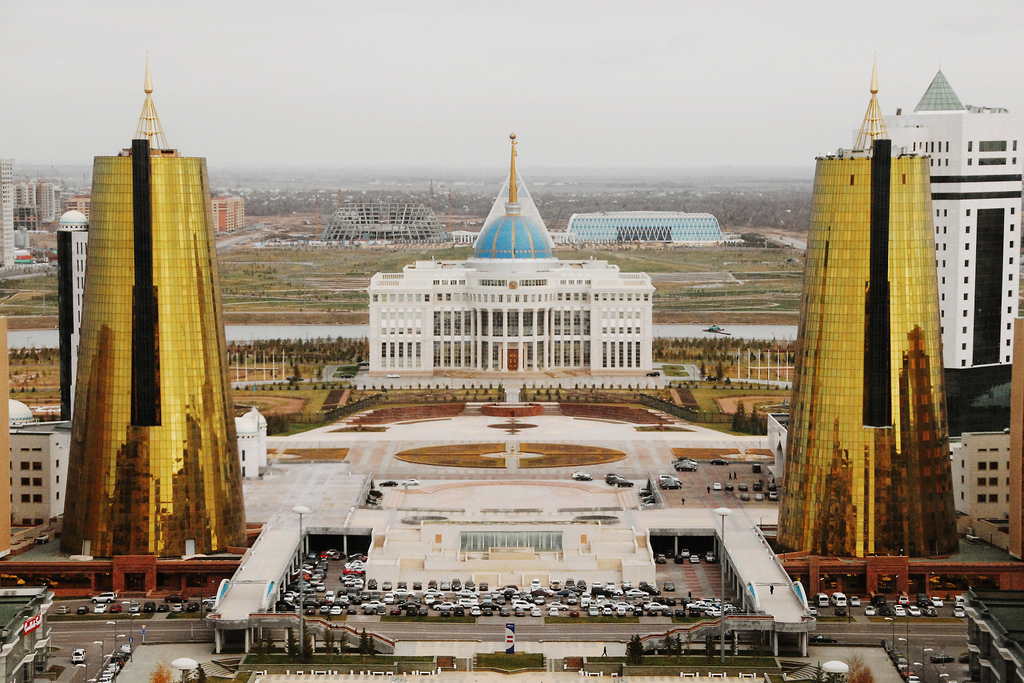 Elite stained glass business center “Altyn Orda” on Mangilik El Avenue  (the former Orynbor str) also has distinctive features, obliged to its second name. Because of their conical shape, these twins are called “buckets”. Indeed, if you can imagine, you can see two upside-down buckets in them. In fact, very beautiful golden buckets.

The Leaning Tower of Pisa 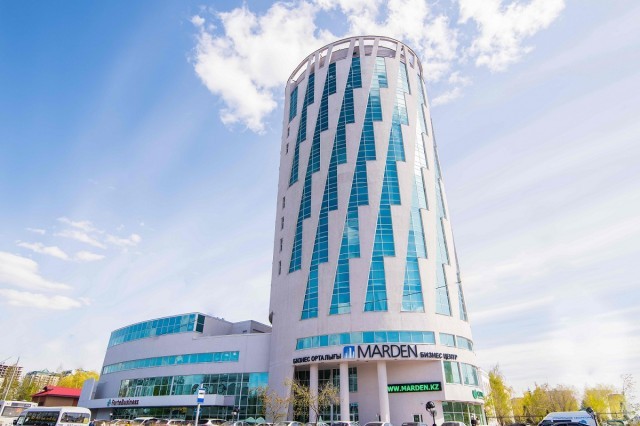 In the heart of the old city there is our Kazakhstani “Leaning Tower of Pisa”. The 15-storey business complex “Shahnaz” is so called. The architecture of this building resembles the most famous symbol of Italy. Although our tower is not falling, the geometric stained glass of the facade deceives the eye, creating the appearance of a small roll. 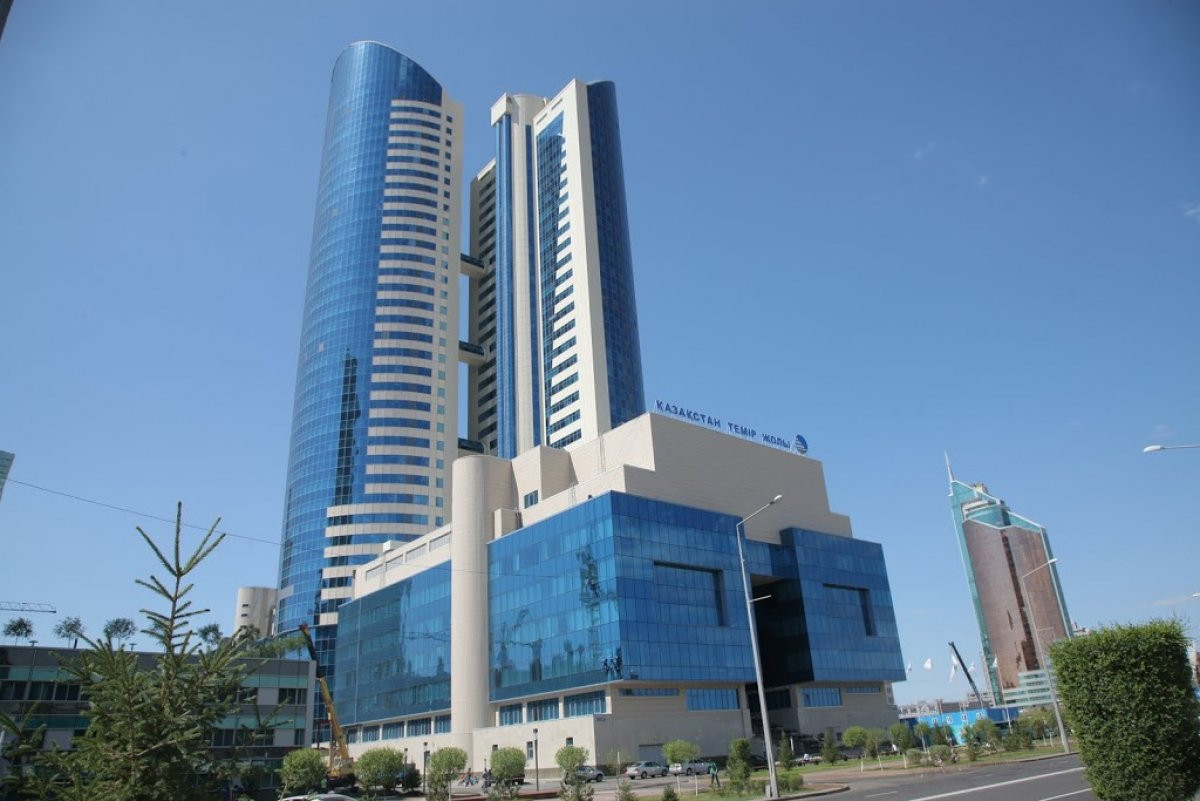 In D.Kunayev street there is a structure which Kazakhstan railway personnel occupy. The KTZ building is called a “book”, thanks to its two towers, which resemble an open book. It should be noted that the “Book” is the third largest building in Kazakhstan. Its highest point reaches 174 meters. 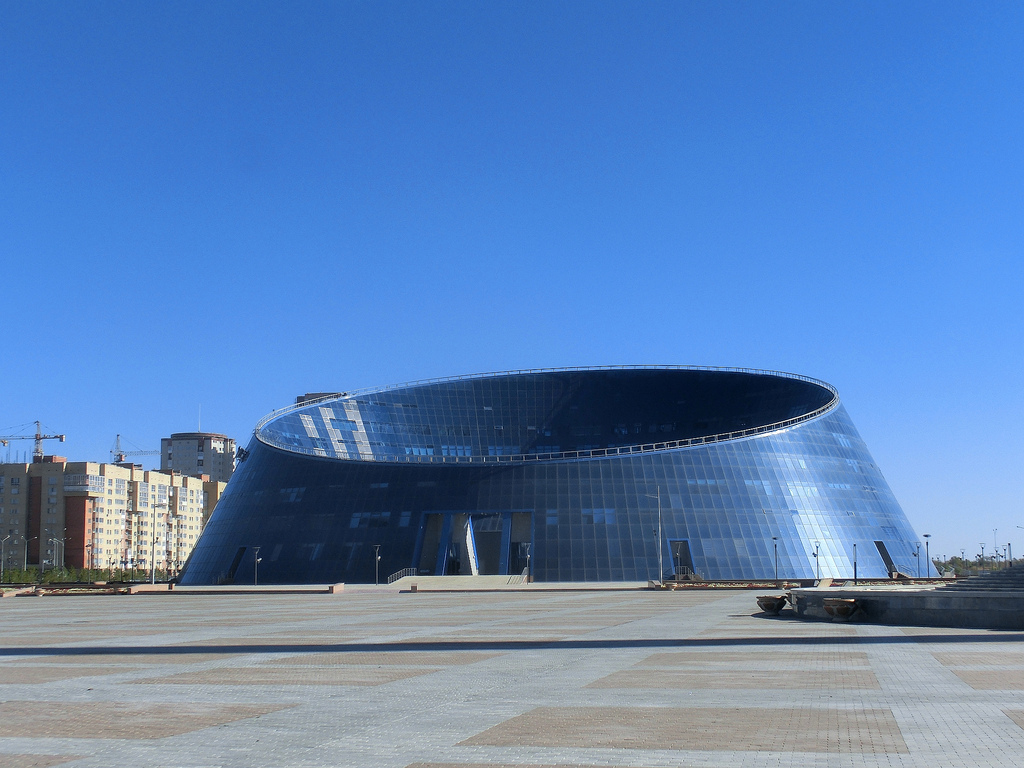 But in case, as with the following buildings it is becoming insulting for our capital’s architecture. The townspeople do not appreciate the designers’ creative impulse, their nicknames have already moved on vulgarity. For example, the building owned by the Republican Ministry of Agriculture (in Kenesary street), is called “enema”. All because the residents of the capital do not like the tower, reminded in shape this rubber thing. And, in fact, these towers are symbol of Kuwait, whose architects worked on the appearance of the building for our then-new capital. Exactly the same towers, but in bigger projections are located in the capital of Kuwait. 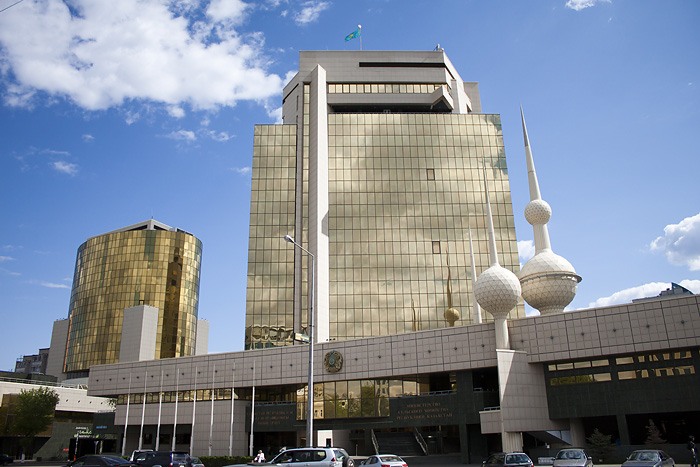 The business-center “Moscow”, located on the intersection of Dostyk and Turkestan streets, is also called the insulting nickname. Residents call it “toilet”. The architect Alexander Asadov, creating his creation, decided to play with geometry. And that has ended up in a bad way. People will not be persuaded. They say what they see.

“Shabyt” the Palace of Art  is also has the name of the category plumbers. For its round shape with a hole in the roof, the building’s name is “potty”. And it is doubly a shame, as creative people from all over Kazakhstan are in this interesting architectural structure. The Kazakh National University of Arts, film studios, dance studios, painting and photo workshops, and many others are located here in the seven-floor building.

Subscribe to our Telegram channel and be the first to know the news!
Next news
The holy places of Shymkent
Photo day
Kazakh President signs Decrees on appointment of akims of regions