A campaign for the mass vaccination of the population against COVID-19 in Kazakhstan has started in February, but to date this, around one million people have been vaccinated already. The government says that it is planned to vaccinate ten million citizens by the end of the year. Many are waiting for their turn, but there are enough skeptics among the population as well.

The Ministry of Health of Kazakhstan has started mass vaccination of citizens with a local drug against the QazVac coronavirus on Monday. The first batch of vaccine of 50 thousand doses was delivered to the regions of the republic.

As it was explained in the Ministry of Health, the process of vaccination of citizens, that is carried out now with the drug “Sputnik V”, will not change. The Kazakhstani vaccine has been available in vaccination rooms since April 26, and citizens will have the opportunity to choose a drug. At the same time, people from risk groups like medical workers, teachers and law enforcement officers – will receive the priority right to be vaccinated with QazVac.

The Kazakhstan vaccine is recommended for people aged 18 and over. It is administered intramuscular. The course consists of two doses with an interval of 21 days.

The scientists and specialists of the Scientific Research Institute (SRI) for problems of biological safety worked on the creation of QazVac. It was based on the experience of creating vaccines against other diseases, including highly pathogenic avian influenza and swine flu. An inactivated vaccine is developed on the basis of a virus that has been neutralized by exposure to chemicals. QazVac is included in the register of the World Health Organization.

“The domestic technology uses a virus isolated on the territory of Kazakhstan, in an inactivated form. Considering that the virus is the whole and killed, the vaccine has a sufficiently high degree of immunogenicity and safety”, the research institute of biological safety explained.

The first batch of vaccine of 50 thousand doses was produced on the basis of the Research Institute of Biological Safety Problems of the republic, it was sent to the regions of the country. In May, it is planned to release the next batch of the drug from 50 thousand doses. Furthermore, the production of the vaccine is going to be gradually increased to 500-600 thousand doses per month.

It is planned that after the opening of a new biopharmaceutical plant in the village of Gvardeisky, Zhambyl region of Kazakhstan, the production of the QazVac vaccine will continue on its basis. 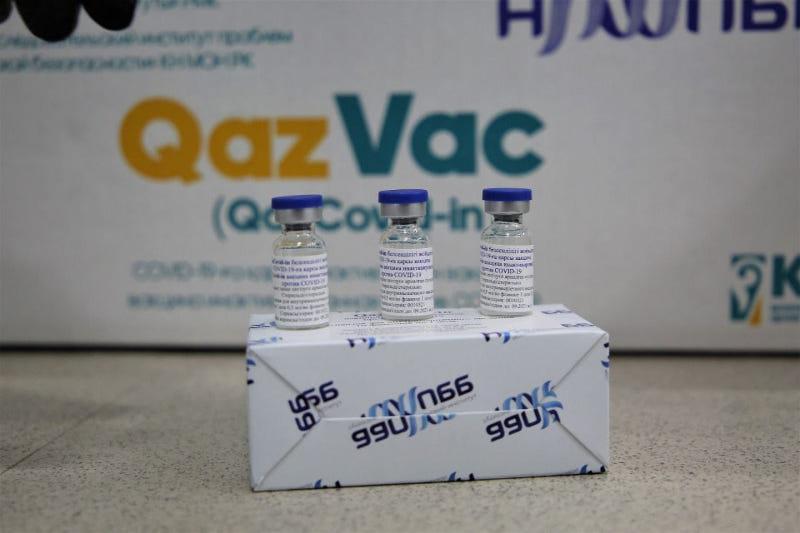 After two phases of clinical trials, the vaccine, when used correctly, creates immunity in all vaccinated participants, in accordance with the data obtained after two phases of clinical trials. As part of the third stage of vaccine research, 3,000 volunteers were vaccinated in December 2020 and January this year. “The clinical trials of the third phase of the vaccination process and the selection of volunteers were carried out in accordance with the protocol approved by the Ministry of Health. According to the adopted rules, the volunteers were rewarded too. After vaccination, there were no serious adverse events associated with vaccination among the participants”, the Research Institute for the Biosafety Issues said.

On February 1, Kazakhstan has started to vaccinate the people against the pandemic with “Sputnik V” that has been produced in Russia. At the end of February, the shipment to the regions of the country of the vaccine, produced on the basis of the Karaganda pharmaceutical complex (KFK), has begun as well. The volume of production of the vaccine based on KFK in April amounted to 1.5 million doses.

The Kazakh authorities plan to complete the vaccination of 10 million people from risk groups in September. Thus, a country with a population of almost 19 million is expected to receive a cumulative herd immunity effect.

As of April 29, around 880,000 thousand people were vaccinated against the disease in the republic with the first component of the Russian vaccine, and 160,000 with the second component.

In April, the situation with the pandemic in Kazakhstan remains difficult. According to the matrix for assessing the epidemic situation, during this month, most regions of the country were at a high risk of the spread of the infection. A workload of infectious beds in the hospitals is 42%, intensive care beds – 28%. More than 2 thousand people infected with the disease are detected every day in the republic. 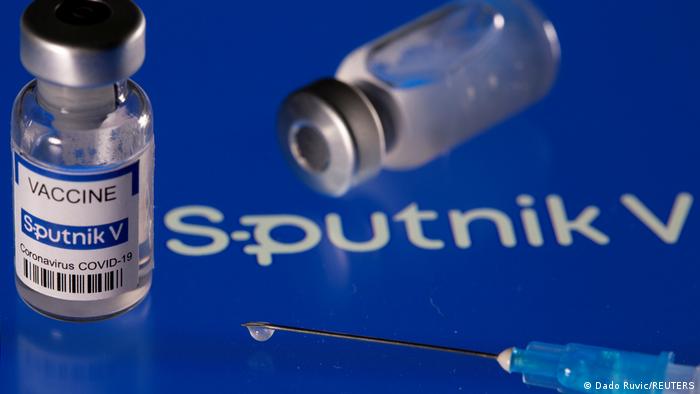 (The pictures were taken from the open sources)

Why is vocational guidance important for secondary school students in Kazakhstan?