The first confirmed case of COVID-19 in South Korea was announced on 20 January 2020. Subsequently, in February, the number of people infected increased dramatically, mainly in Daegu, a city in southeastern Korea and neighboring Gyeongsang-Pukto Province, to over 2,000 at the end of February. 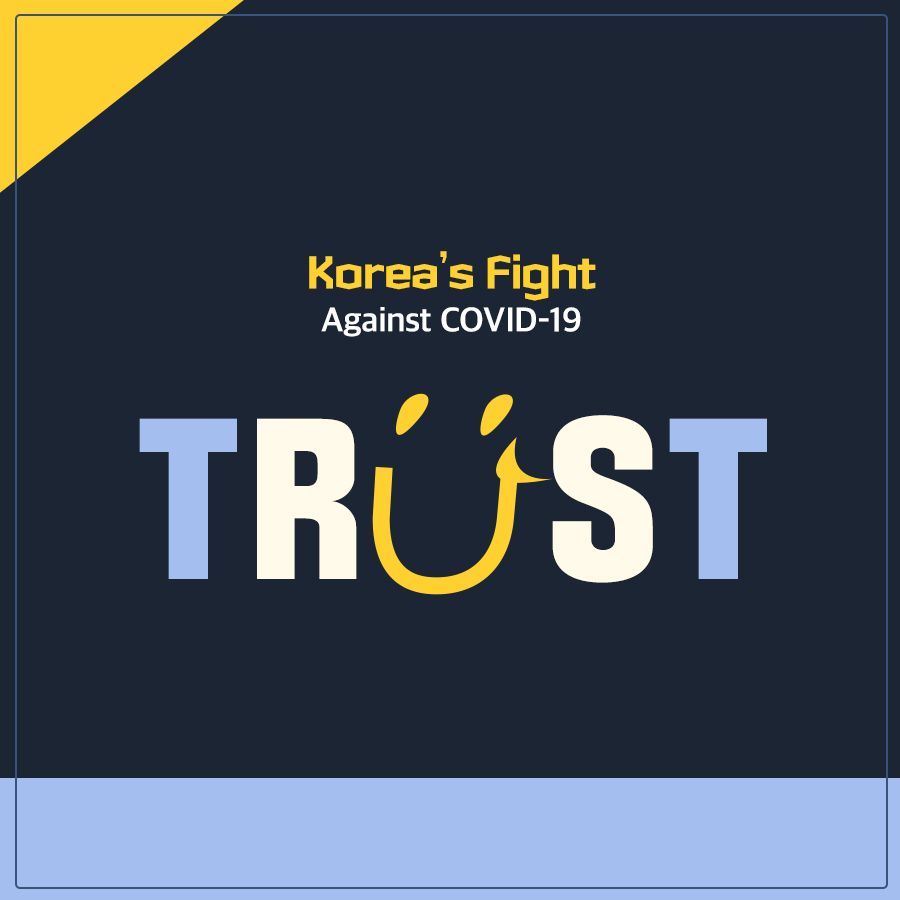 However, the number of those infected is gradually declining, following careful preventive measures by the Korean Government. As at 27 March, 9,332 people had been infected, with an average of less than 100 infections per day over the past 20 days.

Compared to Europe and the United States, where up to 10,000 new infections are now detected per day, Korea is at a decreasing stage of spread.

As a country with advanced medicine, Korea conducts more tests than any other country, and test results are transparently published. Accordingly, with early treatment due to rapid screening, the mortality rate is very low, at 1.5%.

Korea's response strategy to COVID-19 can be explained by the word "TRUST":

Korea is actively tracing and monitoring infected cases. Home quarantine is strictly controlled, and violators are at risk of imprisonment and fines.

Korea prohibits persons who have had contact with infected persons from leaving Korea during the 14-day quarantine period.

Korea provides modern medical care to infected people. Treatment is free of charge for both Koreans and foreign nationals.

United We Fight: Spreading the Message of Hope

Home is the new office: PM Modi reflects on changes in professional life amid COVID-19