Nowadays, eye diseases are considered as one of the most common diseases. The short-sightedness and congenital diseases are among them. It is commonly known that the development of eye diseases is influenced by mechanical, various injuries, physical and chemical factors. Besides that, there are a lot of doctors and scientists who are involved and curious in the investigation of ophthalmology and various eye diseases. In this regard, el.kz portal correspondent interviewed a scientist from Kazakhstan and asked him about the prevention of eye diseases, the ways to treat them and ophthalmology as well. The most common types of eye diseases are acne, blennorea, cataracts, conjunctivitis, and glaucoma. Other than this, there is a leukemia, that is considered a disease of the cornea. It is often caused by trauma, inflammation, and various eye sores. The complications of measles, mumps, and tuberculosis can cause white spots on the eyelids that can sometimes turn sour. As a result, eyesight is significantly impaired. Visual acuity usually depends on the size of the cornea. If it falls on the pupil, the person will not be able to see it. If the white eye is not prescribed, then it will require surgery. Also, the diseases of the internal organs lead to eye diseases. For example, untreated eye diseases can lead to poor eyesight and blindness.

In general, the efforts of ophthalmologists in the exploration of eye diseases are enormous and essential. It would not be an exaggeration to say that a person who loves his profession is more dedicated and sympathetic to his job. Evidence of this is the doctor's enthusiasm for the innovation process and cultivation.

Mukhit Kulmaganbetov is an ophthalmologist working at the Center for Eye and Visual Research in Hong Kong. He was born in Karaganda and later grew up in Kyzylorda region. Mukhit can fluently speak in a few languages and he is a graduate of the Faculty of General Medicine of the Kazakh National Medical University named after SD Asfendiyarov. When he became a PhD student at Cardiff University in the United Kingdom, he received several job offers from six countries. All of these efforts have probably become the result of his 24 years of continuous study and research since 1998. During this time, Mukhit has even taught foreign students in a number of fields, including general medicine, surgery, ophthalmology, and public health too. Mukhit is also more passionate scientist who dreams of sharing his news at any international conference and making his contribution to the field of medicine.

- In general, what kinds of eye diseases and pathologies are most common now?

- There are multiple diseases which are affecting human vision these days. We should delineate them by their social significance, incidence rate and population prevalence. If the refractive errors (mostly myopia and astigmatism) are the widespread pathologies among young people, age-related eye diseases (cataract, glaucoma, various types of macular degenerations) are common among adults and the senior population. Also, vision impairment and blindness can be reversible and irreversible. The latter is more dangerous and incurable, threatening the neuronal tissues of the eye.

- According to the Ministry of Labor and Social Protection of the Republic of Kazakhstan, a total of 89,000 people in the country have visual impairments and problems with their eyes. This figure seems to be extending from year to year. What are the main reasons for that?

- These numbers are still not highly representative, considering the people’s mindsets and lifestyles. In distant regions of the country, people visit ophthalmologists only when the disease is in the severe stages or even causing blindness. To reveal the real picture of epidemiology, country-based screenings are demanding.

As you said, these numbers may increase in future, and you are absolutely right. This is mainly because of the growing integration of technologies in our life, causing the impairment of eyesight. Also, due to the increase in the average age of Kazakhstanis (which is good news, indeed), the number of patients with glaucoma and age-related macular degeneration will be also rising. 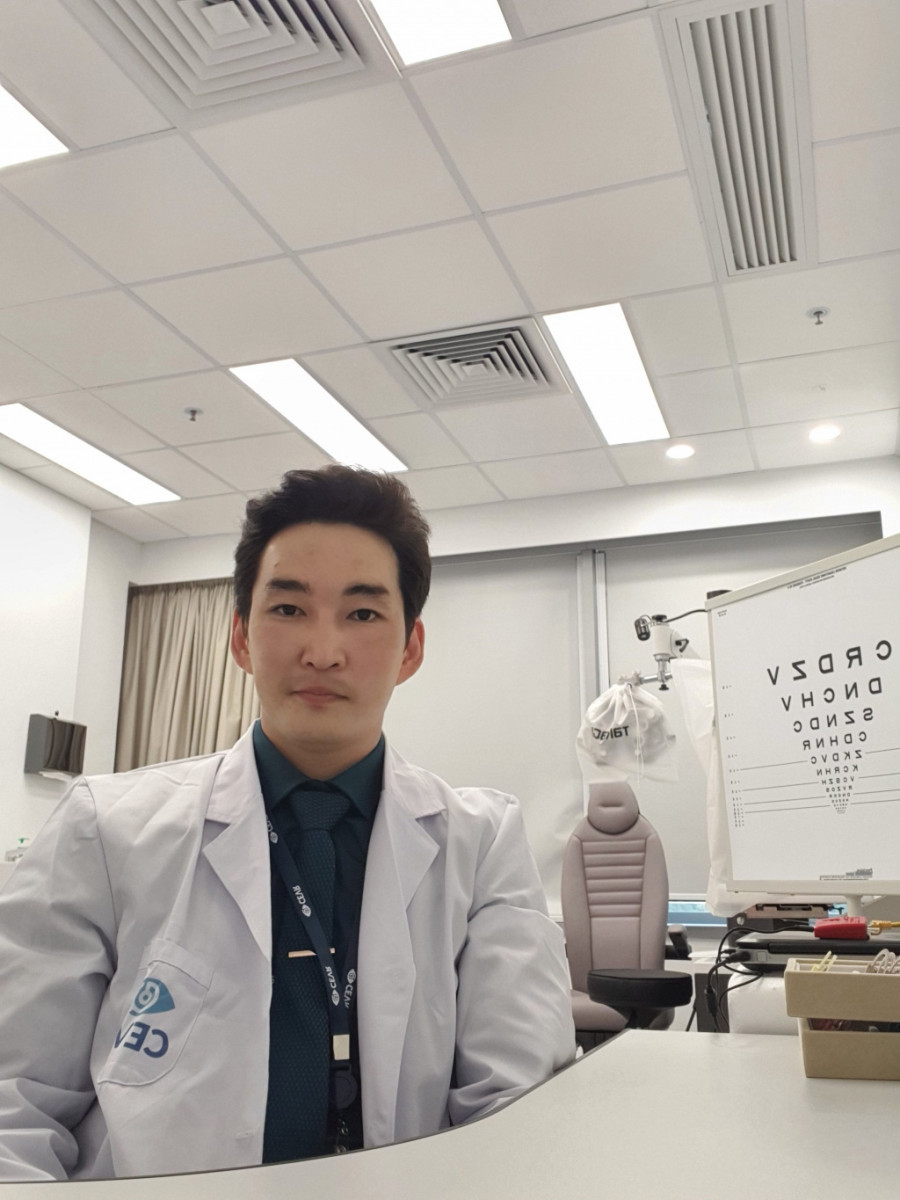 - So far, you have studied and investigated the fields of medicine, surgery, ophthalmology, and public health. In what other fields of medicine is there a shortage of specialists? What specializations do you recommend for high school graduates and undergraduate students who want to pursue a career in medicine?

- Apart from mentioned fields, I did my doctoral research in the integration of Artificial Intelligence in Ophthalmology (in the UK), now I am working on Quantum Physics and investigating the application of quantized photons in the diagnosis of eye diseases in Hong Kong and Canada.

In fact, there is a shortage in every medical sub-specialization. Especially highly competent professionals and researchers are in a huge deficit in the country. I would recommend studying new fields like AI-based diagnosis of oncological diseases, biomedical and neurosciences, genetic engineering and psychophysical science.

- You are currently working at the Centre for the Eye and Visual Research (Hong Kong Science and Technology Park). Why did you choose Hong Kong? In this case, what are you most passionate about?

- This Centre was established recently by two big institutions: The Hong Kong Polytechnic University and the University of Waterloo in Canada. Research staff in the Centre is recruited from highly ranking university graduates worldwide and well-established scientists with various backgrounds. That was one of the main reasons for my choice.

Also, the team that I joined is the first-ever and only for today team that works in quantum physics and ophthalmology. So, this has a historical value, and our potential success may establish a whole new research area and promise loads of new perspectives.

The third reason is that Hong Kong Government is funding and supporting a big number of talented scientists and creating a convenient environment to focus only on research as well as on the universities of Canada. So, having a chance to work in two countries will help early-career researchers in choosing their future paths. 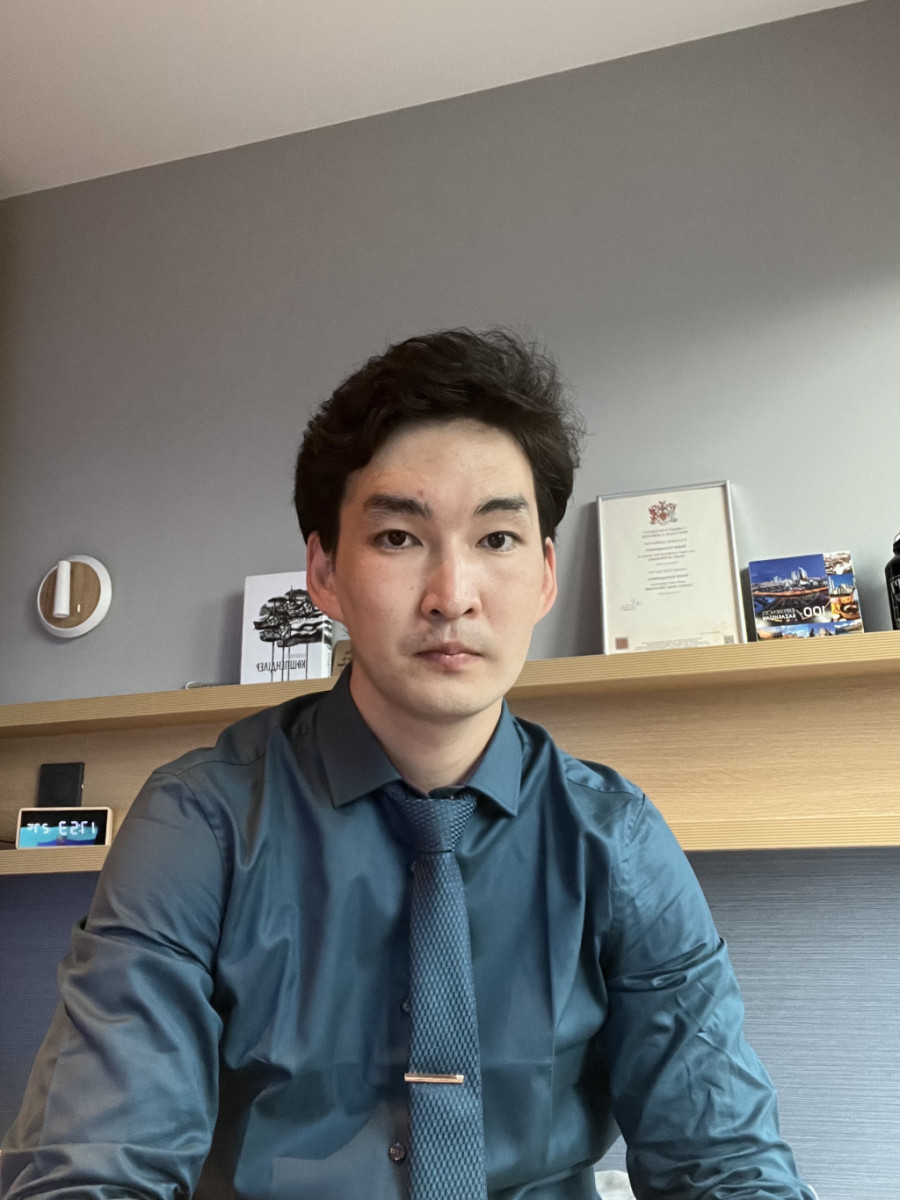 - What can you tell us about laser eye correction? So far, it has been approved as the safest treatment in the world. How true is that? Is it possible to reduce people's eyesight after the operation?

- This method of refraction correction is progressing rapidly in the last few decades and enables to correct of various types of refraction errors. Yes, it is safe and can recommend getting this treatment. But first, you should undergo various diagnostic methods and speak to your ophthalmologist. Only after their consultation (indications and contraindications tbc), you can have this surgery.

- How often should we go for eye checkups to maintain our eyesight? What things do we need to pay attention to?

- Once a year should be enough if you do not have any complaints. If you are above 40, I would recommend measuring intraocular pressure, visual field test and optical coherence tomography. If you are younger, then visual acuity and refraction test are the initial tests for screening. - There are many types of eye exercises on the Internet. Are they useful? Which exercise is more effective?

- Well, they are for the prevention of refraction errors and dry eye syndrome. They are indeed useful, but you should remember they are for prevention and conduction of good eye hygiene (not for treatment).

- Can people take eye vitamins without a doctor's advice and prescription?

- If you are an adult person with good general health, yes: you can use them according to the instruction within the vitamins. But it is always a good idea to visit GP or nutritionist to measure the macro- and micromolecular composition of your body to scheme an adequate consumption of vitamins.

- One of your projects involves building a microscope and using a photon. What can you tell us about it? Why is this necessary? What helps you determine those pathologies?

- This is the project I am working on now. Due to the Centre’s guidelines, I cannot reveal the details. In general, our mission is to build an instrument that can use the very specific photons that can be directed to the human retina and acquired data can be then used for the detection of early eye diseases.

At the same time, in recent years, Hong Kong has been developing rapidly in terms of technology, innovation, and science, which is one of the factors that led the scientist to make his choices. However, the doctor implements some phases of the project in Hong Kong and some in Canada. Thus, since they have projects between the two countries, he works simultaneously in both countries.

Therefore, two specialties such as quantum physics and ophthalmology will cooperate together for the first time in the history of medicine. Previously, these two professions did not work closely with each other. If the science project is successful, a new type of science called “Quantum ophthalmology” might be discovered in the future. It is a great honor for the doctor to be at the forefront of such an experience.

In conclusion, eye diseases are caused by heredity or adverse environmental factors. For instance, eye disease can be triggered by eating foods high in carcinogens and other harmful substances. The most useful vegetables for the eyes are cabbage and corn. They are rich in vitamins and minerals, so they maintain normal vision. In order to improve the eye vision, the food we eat must contain vitamin A. It increases the body's ability to fight against various infections. Vitamins C, Bi, Be, and B12 are also important for health. They strengthen the blood vessels and nourish the central nervous system.

There are other factors that can damage your eyes. Today, many people work on computers, and some even sit in front of them during the day and at night. As a result, the eyes become prickly and red. Therefore, to avoid eye fatigue, it is necessary to change the focus, rest, and ventilate the room after a few minutes. If the air is too dry, you should place a container of water under the battery or use a humidifier. Additionally, our eyes require self-care, so it is necessary to walk in the fresh air quite often.

(The pictures were derived from the personal archive of the scientist)

Consolidation of society as a factor in Kazakhstan's sustainable development