In Kazakhstan there are 12 state national parks.

In Kazakhstan there are 12 state national parks. Only one of them was created during the Soviet Era. Other 11 parks were opened in modern Kazakhstan, in order to preserve the majestic beauty of our Republic. 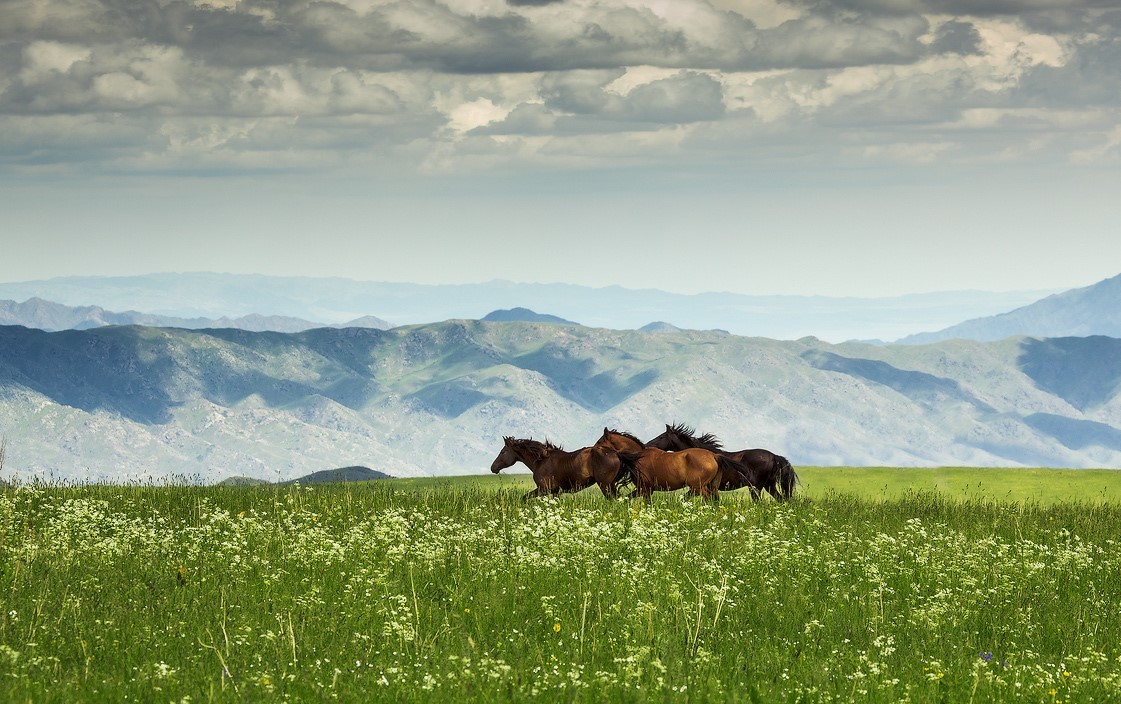 This is the first National Park in Kazakhstan. It was created in 1985 not only to preserve but also to restore the flora and fauna of the region. Bayanaul is located in the South of Pavlodar region and has 68 453 hectares of land. The nature here is represented by hills, forests and lakes. The largest mountain is Akbet (1027 m). There are 4 large lakes, the largest of which is the Sabyndykol. Near its shores the resort village of Bayanaul is settled. 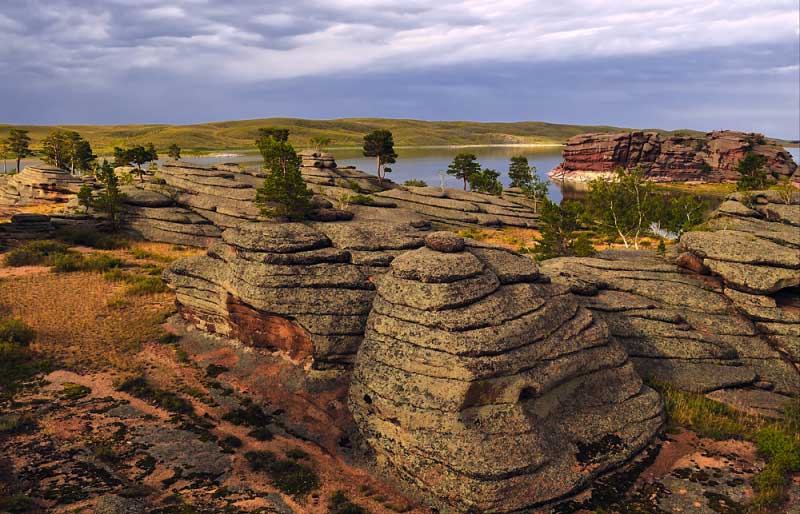 On the territory of SNNP there are 460 species of plants, 50 species of birds and 40 species of mammals. Among the sightseeing we can identify “Sacred cave” which is able to heal, according to legends. Thanks to its mild climate and position of the natural complex, Bayanaul is a tourist region. Mostly people from nearby cities rest here. But this is not a resort of Republican value, as the infrastructure is not well developed in the village.

One of the most beautiful natural parks in the country, covering 170 923 hectares opened in 1996 in Almaty oblast, on the Northern slope of the Zailiysky Alatau. In addition to forests, Alpine meadows, waterfalls, mountain lakes with its unique flora and fauna, the park boasts archaeological sites.

For example, the remains of the medieval fortifications Talhiz and Turgen in the Turgen gorge, and Saka burial grounds along the river Issyk have been preserved to the present day. Ile-Alatau SNNP is favorable for tourists not only with its unique natural attractiveness, but also high service. 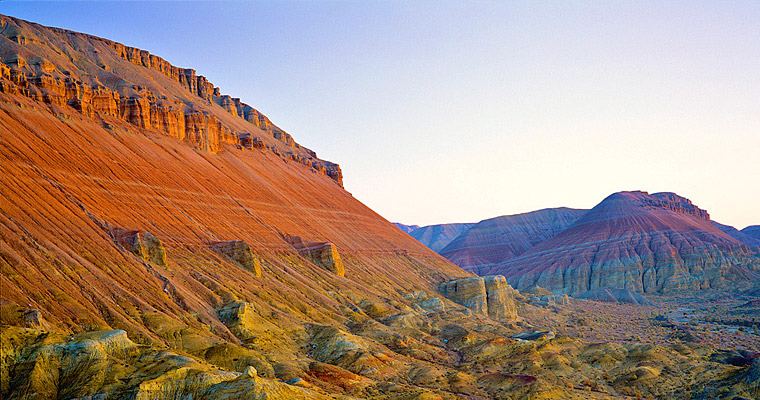 The natural park was created in the valley of the Ili River (Almaty region) in 1996. Its area is 161 153 hectares. The park terrain consists of mountains and sand and gravelly-clay deserts. The most famous attraction of Altyn –Emel is the “Singing dunes”.

Furthermore, in this place there are no less amazing sights. For example, “Besshatyr”. They are five burials of the Saka leaders, dating back by scientists to the VII-III centuries BC. In general, a variety of unique archaeological sites were discovered in the park. Tourism in the SNNP has been developed only as environmental awareness.

The natural park “Kokshetau” is located at the junction of Akmola and North Kazakhstan regions. It was founded in 1996 and has an area of 182 076 hectares. The park presents Zerenda, Shalkar, the Imantau and the Aiyrtau natural areas. Objects with archaeological and cultural value are taken under protection here.

And those are about 185 in “Kokshetau”! It is also the estate of the famous countryman, Shokan Ualikhanov, and there are the memorial complex of Karasay Batyr and an ancient burial ground “Karsak” and many others. The beauty of nature, the cultural values of the region and developed infrastructure are favored by tourist from all over Kazakhstan. 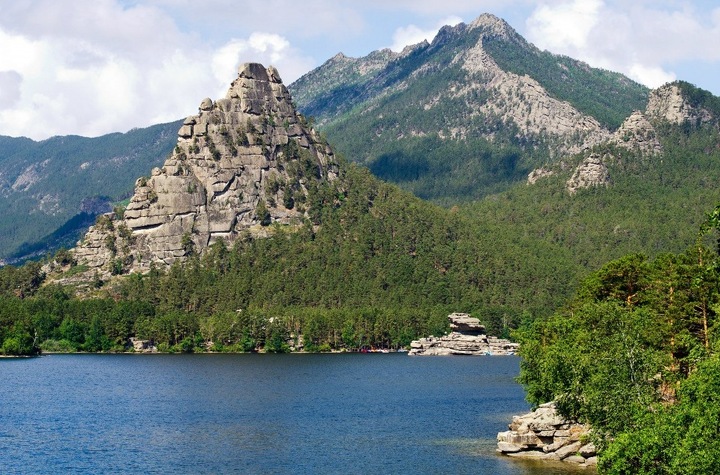 This is the most famous natural park in the country, not only among our compatriots, but also among residents of neighboring countries. It was founded in 2000. The area covering the territory of the SNNP is 129 565 hectares. The park is rich in vegetation, making it home to fauna that make up 36% of the total fauna of the country. Tourists appreciate this resort due to its unusual nature complex: on the territory there are many lakes (4 of them are large), low mountains and cliffs, pine forests and meadows. There are also historical and cultural monuments. Plus, the village itself is extremely favorable for tourists both domestic and foreign. This national park is located in the Kazakh part of the Altai-Sayan region of East Kazakhstan. It was founded in 2001. Its territory area is equal to 643 477 hectares. After three years from the date of foundation, Katon-Karagai SNNP was included in the list of UNESCO. The park is rich in its flora and fauna. And among the huge list of natural attractions the mount “Belukha” (4 506 m above the sea level is the highest elevation of Altai), lake “Yazevoe”, waterfalls, unique mineral “Rakhmanov keys” stand out. There are archaeological findings – the burial ground of the “Berel”. 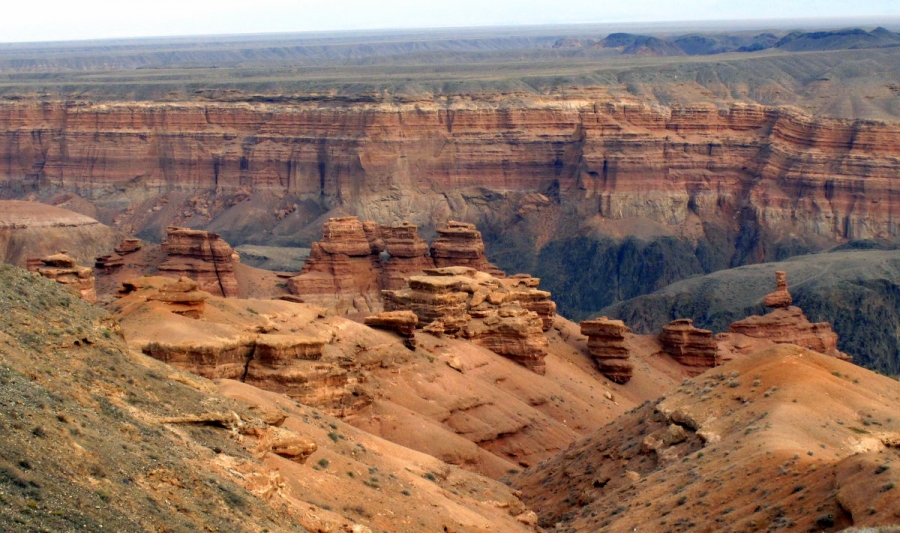 The SNNP was founded in 2004 on the territory of Almaty region. Its area amounts to 127 050 hectares. The most famous attractions of the park are the world-famous ancient “Charyn canyon” and “Charyn Ash-Tree dacha” (relict Sogdian ash grove). 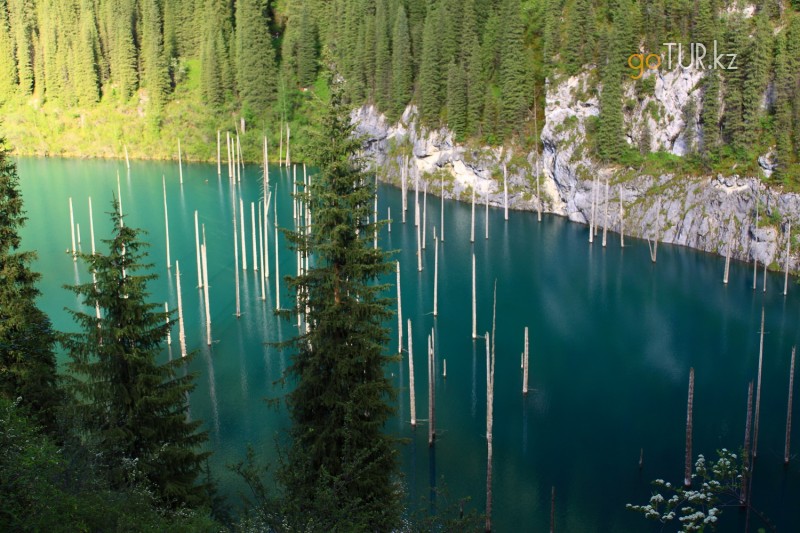 In 2007, the national park “Kolsay lakes” (161 045 ha) was opened in Almaty region. Lakes situated in the territory of the park are freshwater, deep and pure. They are also called “the pearl of the Northern Tien Shan”. The most famous attraction of these places is lake Kaindy. The uniqueness is sticking out of the spruce topsl from the water surface. People from all over Kazakhstan come to admire this natural beauty.